This chart shows how Rockdale County expects to receive the revenue needed to fund the proposed 2021 budget.

Salaries and benefits consume 68% of the proposed 2021 Rockdale County budget.

Public Safety will receive the lion’s share of the funding in the proposed 2021 Rockdale County budget.

In a press release, the BOC stated the county was able to deliver a balanced budget, or a budget that does not borrow from the county’s fund balance, and remain in decent financial strength in light of the COVID-19 pandemic

“In the midst of the pandemic to still be able to deliver a conservative budget is credit to our ‘all hands on deck’ approach,’” Chairman Oz Nesbitt Sr. said. “This was truly a group effort between the office of the chairman, the board of directors, and executive staff. The BOC listened to the citizens as it related to the millage rate and the board has responded accordingly by delivering a conservative budget.”

Bill Vaughn, deputy director of the Finance Department, presented the budget at the public hearing, showing the expected sources of revenue and how the expenditures will be divided between the departments.

During public comments, Cheryl Garcia stated that she is appalled that property taxes have increased and that the proposed budget is increasing, especially during the pandemic when citizens have lost jobs, businesses, homes and loved ones.

“Your budget increases are consistently in the line items of salaries and health insurance,” she said. “I feel it is a total and complete disregard for Rockdale County taxpayers. We, the taxpaying citizens of Rockdale County, are tired of paying more and more and getting less and less, while county salaries continue to go up and not in line with the consumer price index or any other reasonable financial metric.”

The Citizen requested clarification on the salaries and benefits related to the Commissioners Office and received the following statement from Chantall Hunt of the Department of Talent Management:

“There are no proposed salary increases in the BOC budget for 2021 personnel. Due to a proposed reorganization of some of the county departments, the BOC line item currently has General Services positions and Administrative positions listed in the budget that will be moved.”

Melanie Cook also stated her opposition to the proposed increase in the budget.

“The Rockdale County Board of Education cut their budget by $8 million in 2021,” Cook said. “The state of Georgia cut their budget by 10% for 2021. Rockdale County taxpayers cannot afford a budget increase during these times of increasing COVID-19 cases and deaths. Regarding this $4.9 million budget increase — how can this be conservative, especially during the COVID-19 and economic concerns?”

Alex McDonald, watching the hearing virtually, wrote in his statement, which was read by Jorge Diez, public relations director for the county.

“We have enough revenue for a $5 million budget increase with a balanced budget,” McDonald wrote. “So you could have cut the budget flat and funded HOST at more than 70%? This proposed budget is obscene. All items needed to be frozen at the previous year’s level and any surplus given back to the taxpayers through property tax relief.”

During BOC comments at the end of the meeting, District 1 Commissioner Sherri Washington reminded citizens that the budget is just a proposal at this time.

“We do have our strategic plan in place now and that is one of the guiding factors in this budget with the things that the citizens have said are important to them,” Washington added. “They are reflected a lot in this budget.”

District 2 Commissioner Doreen Williams reminded residents that the county took the rollback rate and did not increase property taxes this year. She added that as the county’s population grows, so do the needs of citizens, and it takes more revenue to meet those needs.

“If you’ll notice, the majority of the increase is in law enforcement, public safety. I think that is an area where we should not say we don’t want to spend that much money,” Williams said. “The medical provider in the jail is working hand-in-hand with the initiative to keep those with mental health and substance abuse issues out of jail and into treatment. That can do nothing but benefit the county.”

Nesbitt closed the meeting by reminding citizens that there will be changes in the budget before the BOC votes on it in December.

The Cricket Frog Trail follows the route of what was once the Central of Georgia Railroad.

Newton County workers spread asphalt on a portion of the Cricket Frog Trail near Mansfield. The Newton Trails — Path Foundation will be responsible for operation and maintenance of the trail, including moving, removal of debris and control of plant growth.

COVINGTON — Newton County is making good on its pledge to pave at least 2 miles of the Cricket Frog multi-use trail in unincorporated Newton County.

In fact, the county exceeded its 2-mile pledge by paving 3.5 miles of trail from Zeigler Road to Sewell Road, from the Mansfield city limits to the railroad trestle, and from Covington Bypass to East End Road. Newton County crews have also cleared portions of the trail for future paving.

“I am excited that the board voted to help support this important endeavor and create this wonderful partnership with Newton Trails,” Banes added.

 The paving is part of an agreement reached between the Board of Commissioners and Newton Trails – Path Foundation Inc. to pave a portion of the 9 unpaved miles of trails in unincorporated Newton County. In October of 2019, the BOC agreed to pave at least 2 miles of the Cricket Frog Trail using impact fee funds earmarked for recreation.

“Newton Trails appreciates the Newton County Board of Commissioners for investing in multi-use recreational trails and County Manager Lloyd Kerr for his leadership and support,” said Greg Richardson, Newton Trails board chair. “We also recognize and thank the members of the transportation department led by director Chester Clegg who laid down the paving. The new sections east and west of Mansfield, as well as east of the Covington Bypass, are simply beautiful and will be much enjoyed by trail users for years to come.”

COVINGTON — A Covington teen has been arrested and charged with murder in the shooting death of Quindadarius Russell, 19, on Oct. 19.

According to a news release, the Newton County Sheriff’s Office arrested Amorieyan Weaver, 17, of Covington, on Nov. 3. Weaver has been charged with aggravated assault, murder, malice murder and possession of a firearm or knife in the commission of a crime.

Deputies were called to a home off Spring Road at about 1:20 a.m. on Oct. 19 in reference to an unresponsive person. When they arrived, they found Russell at the residence with a gunshot wound. He was later pronounced dead at the scene.

The Sheriff’s Office issued a request on Oct. 27 for assistance from the public in identifying the shooting suspect.

According to the release, Weaver was arrested without incident following the execution of a search warrant. He is being held in the Newton County Law Enforcement Center without bond. 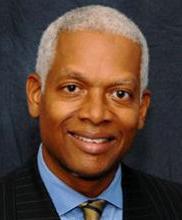 Voters in both counties chose Democrat Joe Biden over President Trump by wide margins, as well as Democrat Jon Ossoff over Senator David Perdue and Democrat Raphael Warnock over Senator Kelly Loeffler and Doug Collins. Loeffler and Warnock will meet in a runoff election in January.

One exception in state races was Republican 10th District Congressman Jody Hice, who carried Newton by a wide margin. District 10 includes the eastern portion of the county.

All of Rockdale’s county-wide races were decided in favor of Democrats in the primaries, leaving just a couple of state House and Senate races to be determined Tuesday.

“I would like to thank the voters of Newton County for my successful re-election,” said Brown, who received

30,102 votes to Malcom’s 23,497. “You put me in the winner’s circle by showing up in every category. You led early voting and mail, and finished up with a resounding presence (on election day). You chose proven leadership, and for that I am eternally grateful.”

With the election over, Brown said he is ready to move forward promoting the positive in the community.

“Our goal is to continue our work together — moving the needle toward being the safest county in Georgia and beyond,” said Brown. “Know that our primary job is to ‘serve and protect’ you and your families. Be assured that we are doing our part to create One Newton.”

Malcom thanked his supporters and those who helped run his campaign.

“I’m very proud of our campaign team,” said Malcom, who is a captain with the Covington Police Department. “We ran an excellent race, and I can hold my head up high knowing we did the best that we could do. I have no regrets. I love Newton County and want what’s best for it. I look forward to continuing my service to the people who live, work and play in our great community.”

In Newton County district-level voting, two Republican members of the Board of Commissioners held on to their seats by wide margins.

A referendum calling for a Special Purpose Local Option Sales Tax for transportation was turned down by Newton County voters with 27,905 “no” votes to 23,226 “yes” votes.

In Georgia Senate District 17, Newton County put incumbent Republican Brian Strickland over the top in a contest with Democrat newcomer Kelly Rose. Strickland lost to Rose in portions of the district in Rockdale and Henry counties, but beat her in Newton County with 13,731 votes to 8,151. Strickland’s margin of victory district-wide was 51.16%, with 52,010 votes to Rose’s 48.84% with 49,660 votes.

In Senate District 43, incumbent Democrat Tonya P. Anderson won handily with 76.97% of the vote over Republican Melanie Williams. Anderson carried the portions of DeKalb, Rockdale and Newton in her district, winning overall with 64,733 votes to Williams’ 19,372.