COVINGTON — Persistence has begun to pay off for the counties that formed the Joint Development Authority of Jasper, Morgan, Newton and Walton Counties. Twenty years after the creation of the authority, the counties that invested in the 1,600-acre business park have recouped their investment.

The total distributed by the JDA is $6,950,000, which comes from the more than $37 million the JDA received from the sale of 612 acres to Baymare earlier this year for the development of a data center. Baymare is a code name for the actual company, which is expected to be announced this summer.

Hall paid homage to late commission chairman Davis Morgan, who had the vision to develop Stanton Springs as a catalyst for growing the tax base and creating jobs for the four counties.

“Without that vision, we would not be where we are today,” said Hall, noting that Stanton Springs stands out among business parks nationwide.

“When you look at the park, there are no others in the nation that can say each industry has over a billion dollars in investment,” she said.

Stanton Springs is home to the Newton Facebook Data Center, which has a potential buildout investment of $42 billion. The Baymare data center, which was announced earlier this year, has similar investment potential. Biopharma giant Takeda, which was first developed in the park as Baxter, has an investment value of $1.2 billion. In addition, the state has built a $14 million Bioscience Training Center at Stanton Springs.

Former BOC chair Kathy Morgan, widow of Davis Morgan, thanked the current Board of Commissioners and previous boards for remaining dedicated to the vision her husband had for Stanton Springs. Over the years, she said, the JDA and Newton County have honed their economic development skills, beginning with the Baxter deal and moving forward to Facebook and now Baymare.

“We are now faced with a park that has over $90 billion in investment in Newton County, Ga., and the jobs there are tremendous,” said Morgan.

She also credited current BOC Chairman Marcello Banes, who serves as vice chairman of the JDA, for advocating for the four counties to receive a share of the Baymare land sale proceeds.

“Every one of you should look at Marcello and tell him thank you,” said Davis. “He has fought for Newton County. … He stuck his neck out time and time again, and we owe him a debt of gratitude.”

Banes said it took some persuading to get all members of the JDA to agree to return some of the land sale proceeds to the four counties but, in the end, the vote was unanimous.

“You talk about giving the citizens of this community tax relief, this is how you give them tax relief,” said Banes. “You bring in industry that will help fight off some of those taxes.”

Hall said Wednesday the remaining proceeds from the sale of land to Baymare will go toward continuing economic development with the creation of Stanton Springs North, a 600-plus-acre tract to the north of Stanton Springs in Walton and Morgan counties. Hall said the JDA has the property under contract. 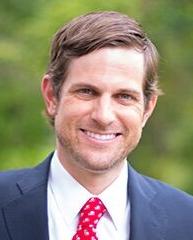 ATLANTA — A probation reform bill signed into law Monday by Gov. Kemp aims to reduce the number of Georgians serving lengthy probation sentences. SB 105, introduced by Sen. Brian Strickland, R-McDonough, carried in the House by Rep. Tyler Paul Smith, R-Bremen, and championed by Georgia Justice Project (GJP), will go into effect immediately and will allow individuals access to early termination of felony probation after three years if they reach their milestones.

“Because of SB 105, Georgians that have done everything they have been asked to do and proven themselves ready to move past a mistake will be given a second chance, and we can use our resources to focus on those that are truly a threat to society,” said Strickland in a Facebook post following the bill signing. Strickland represents parts of Rockdale, Newton and Henry counties.

More than 190,000 individuals are serving felony probation sentences in Georgia, more than any other state in the nation. Georgia’s probation system also has racial inequities — in every county, Black Georgians are at least twice as likely as white Georgians to be serving a probation sentence, and in some counties eight times more likely, according to GJP.

SB 105 reduces the number of individuals serving lengthy probation sentences by creating a pathway for early termination that individuals can access after serving three years of probation if:

♦ All restitution is paid

♦ They have had no revocations in the last 24 months

♦ They have committed no new offenses

♦ A judge will consider and grant the termination

Strickland said he understood the need for change.

“Despite all the work we have done as legislators to reform and rethink the criminal justice system, Georgia still has the largest number of individuals serving probation in the country,” said Strickland. “SB 105 addresses this problem by allowing individuals who have proven their rehabilitation through good behavior the ability to access early termination.”

Georgia Justice Project has served Georgians impacted by the criminal justice system for over 35 years and was key in the passing of this legislation. GJP aims to reduce the number of Georgians under correctional control and reduce reentry barriers for justice-involved Georgians. GJP’s three-pronged approach includes direct service, policy work, and community engagement. The organization has helped pass 21 Georgia laws creating pathways for second chances for Georgians, including last year’s record restriction law making certain misdemeanor and pardoned felony convictions eligible for restriction, commonly known as “expungement,” for the first time in Georgia. Georgia Justice Project represents individuals that are seeking early termination of their probation sentence and began focusing on probation reform in 2019 after seeing firsthand the negative effect of Georgia’s lengthy probation sentences on individuals, communities, and Georgia’s economy.

“Georgia Justice Project has been committed to helping Georgians impacted by the criminal legal system successfully reenter our communities,” he said. “We are thrilled that many Georgians who have proven their rehabilitation will now have access to early termination of their probation.”

ATLANTA — Former Board of Regents member Dean Alford has been indicted on charges of racketeering, computer forgery and more by the Prosecution Division of the Office of Attorney General. The indictments were returned Tuesday in Rockdale County Superior Court.

“Acts of fraud and corruption have no place in Georgia’s state government,” said Deputy Attorney General for the Prosecution Division John Fowler. “Those who are trusted to be public servants must discharge their duties ethically and honestly, and when they do not, this office and our law enforcement partners will hold them accountable.”

Alford, a long-time Conyers resident, allegedly exploited a common industry practice known as “factoring.” Factoring is a financial transaction in which a business may sell its accounts receivable to a third party at a discount. The alleged goal of Alford’s scheme was to obtain approximately $1.7 million by selling fake accounts receivable invoices valued at approximately $2.2 million. As part of his scheme, Alford allegedly created fake invoices, contracts and other documents to show that his company was owed money from state agencies. He also allegedly forged the signatures of state employees on those contracts and other documents.

Alford was, at the time, a member of the State Board of Regents representing Georgia’s Fourth Congressional District, and he allegedly used that position to further his fraud schemes. The Board of Regents is the body with the responsibility of overseeing the University System of Georgia. Alford resigned from the Board of Regents in October of 2019.

This case is the product of a joint investigation by the Office of the Attorney General’s Public Integrity and White Collar Crimes Section and the Georgia Bureau of Investigation. The University System of Georgia and the Florida Department of Law Enforcement assisted in the joint investigation.

Alford also faces charges from the Securities and Exchange Commission that he defrauded about 100 investors in his now-bankrupt energy development company.

According to the SEC’s complaint, Alford fraudulently raised at least $23 million on behalf of his company, Allied Energy Services LLC, from 2017 to 2019, promising investors a high rate of return. Instead, the scheme collapsed when Alford could not make the payments.

A civil suit filed by the investors was settled in April through negotiations, with Alford reportedly agreeing to pay nearly $10.8 million.

Alford, a prominent Conyers businessman who also served in the General Assembly, is well known in the Rockdale County community as co-founder of the Miracle League, a baseball league for children with disabilities. The first Miracle League was developed in Conyers and the program has expanded across North America.

CONYERS — Tristan Crane, 20, of Conyers, identified Wednesday afternoon by the Rockdale County Sheriff’s Office as a “person of interest” in the shooting death of a man on May 4 and the subsequent single-vehicle collision at Pine Long Park, turned himself in at the Sheriff’s Office Wednesday night.

According to a Sheriff’s Office news release, on May 4 at approximately 12:43 p.m., deputies responded to the Pine Log Park parking lot on Ga. Hwighway 138 in Conyers in reference to a vehicle collision. Upon arrival, they found an unoccupied red Dodge Durango that had struck a tree.

Crane, identified as the driver of the vehicle, had fled the scene. Investigators later learned the vehicle was also involved in a shooting moments before the accident.

While on the scene, deputies were dispatched to Piedmont Rockdale Hospital regarding an adult male who had been shot, and who later passed away from his injuries.

This is an active ongoing investigation; anyone with any information on the shooting should contact Investigator Grote Levett #201 at 770-278-8166 or by email at grote.levett@rockdalecountyga.gov. Anonymous tips can be made to the Crime Stoppers Tip Line at 404-577-TIPS.