COVINGTON — Senior Superior Court Judge David Sweat said Wednesday that a key element in the way Newton County has calculated salaries for constitutional officers and the chairman of the Board of Commissioners is correct.

Sweat heard arguments via livestream in a case that claimed the county had underpaid Chairman Marcello Banes and Probate Court Judge Melanie Bell by hundreds of thousands of dollars over the past four years. Newton County had filed a complaint for declaratory relief in the case after Bell and Banes brought a demand for payment in September, stating that the county owed them each about $180,000 in back pay.

Sweat found that the way attorney Stephanie Lindsey, representing Bell and Banes, calculated the salaries was in error because it included longevity bonuses and cost-of-living increases in determining the minimum base salary of the highest paid constitutional officer in the county. That is the salary on which all other constitutional officers’ and the chairman’s salary are based.

In the case of Newton County, Lindsey argued that the highest minimum base salary was paid to Clerk of Courts Linda Hays, who was first elected in 1982.

“The salaries are what they are because of the clerk’s longevity,” said Lindsey. “… no one believed anyone would be in office that long.”

“It seems to me to be nonsensical to have a situation where the salary would be diminished when a senior person with longevity (leaves office),” he said. “That is just arbitrary, and I can’t see that that is what was intended.”

In arguing in favor of the county’s request for a declaratory judgement, attorney Eric O’Brien said the county was was asking the judge to find that the county had appropriately computed the salaries and that no recalculation was required.

“We are not asking to determine a single permitted method, just that the method the county used was one permitted, appropriate method,” said O’Brien.

Attorneys for both sides agreed to work on Banes’ and Bell’s claims of other omissions from compensation, such as local supplements, before a final order is issued in the case.

Sweat was appointed to hear the declaratory judgement after all other Superior Court judges in the Alcovy Circuit recused themselves.

Workmen were busy Wednesday installing the new name of the Newton County Judicial Center. The center was scheduled to be dedicated to the late Horace J. Johnson Jr. on Friday. Johnson, who served as a Superior Court judge in the Alcovy Circuit for more than 17 years, died unexpectedly last July. For more on the dedication service, visit www.rockdalenewtoncitizen.com or see Wednesday’s print edition of the Citizen.

A 140-153 unit townhouse development is being proposed on Old Covington Highway at Salem Industrial Boulevard.

CONYERS — If representatives of a proposed townhouse development and BJ’s Warehouse Club can come to an agreement on a berm that will block noise from BJ’s, Rockdale County may soon be getting a new residential neighborhood.

DRH Properties is seeking a change to the county’s future land use map and a rezoning from limited industrial to high density residential for 14.93 acres at 2021 Old Covington Highway and Salem Industrial Boulevard. The developer hopes to build 140-153 townhomes on the property.

The proposal was initially approved in April 2020, but an error in the way it was advertised caused the approval to be overturned, and the developer has brought it back before Rockdale County.

While there were other relatively minor issues — two-car garages vs. one-car garages, etc. — discussed at the public hearing before the Rockdale County Board of Commissioners on Jan. 26, the issue with the most contention was a berm BJ’s is requesting be built between its property and the townhouse development.

Universal Planning Development of Buford is acting as the agent for the property, and Eric Johansson of Universal stated that the property was called the Salem Industrial Park and that DRH has owned the property for 30 years. In 2001 the front half of the original parcel was sold to the Rosen Group, which ground leases its site to BJ’s on Dogwood Drive.

Johansson said the area they are in has become more residential in nature.

“We believe that a residential use of the townhouses would be a great transition and change from the existing commercial and industrial back to the established retail and commercial corridors of Rockdale County,” he said.

But while the Rosen Group and BJ’s state they don’t have a problem with the townhouse development, they are concerned that truck traffic noise at the back of BJ’s will be a deterrent to home buyers and are requesting that the developer install a large berm between the properties to lessen the amount of noise the homeowners would hear, with the Rosen Group willing to pay a portion of the cost of the berm.

During the discussion, attorney Joe Fucile, representing BJ’s, said there have been residential developments built next to BJ’s in other areas of the state and country, and that they have never worked out, with residents complaining about the noise associated with BJ’s. He offered to provide examples to the BOC for them to view.

The commissioners brought the hearing to a close by stating that an agreement on the berm would be the biggest factor they would weigh in approving or not approving the requests. The two sides have until the next BOC meeting on Feb. 9, when the requests come up for a vote, to reach an agreement. 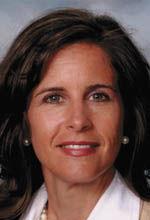 Bills, who currently serves as State Court judge for Rockdale County, was appointed to fill the Superior Court judgeship vacated by the retirement in October of Chief Judge David Irwin.

In her spare time, Bills is the chairperson of the Rockdale County Task Force on Family Violence, a 501(c) (3) non-profit corporation to raise public awareness and prevent domestic violence. She has served as president of the Council of State Court Judges, is a member of the Judicial Council, the Council of Accountability Court Judges, the State Bar of Georgia, and the Rockdale Bar Association. She and her husband Jeffrey have one daughter, Mary.

Rockdale Probate Court Judge Cuthpert will succeed Bills as State Court judge. Cuthpert holds a bachelor’s degree from Savannah State University, a master’s in public administration from Georgia Southern University, and a law degree from Nova Southeastern University. Previously, he worked as a managing partner for Cuthpert & Associates P.C., associate city attorney for the city of Atlanta, and associate attorney for Lester B. Johnson III, P.C.

Cuthpert lives in Conyers with his wife, Crystal, and they have one son.