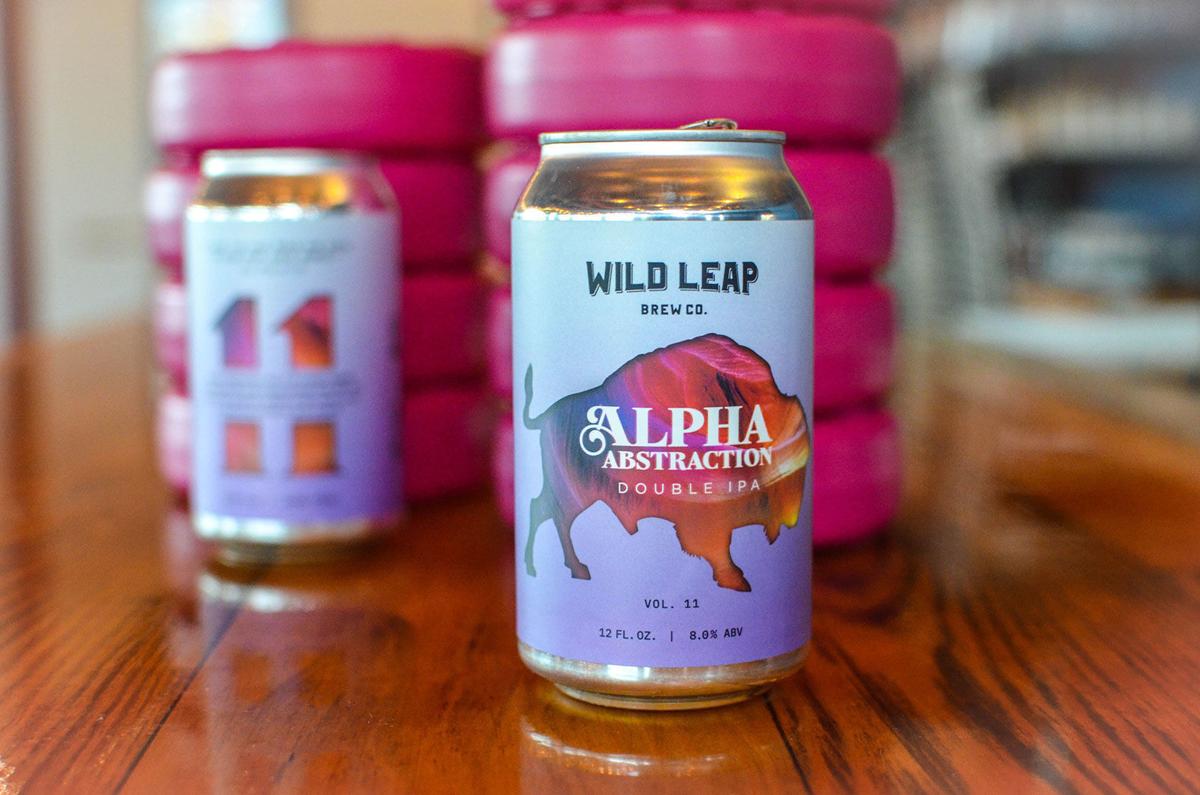 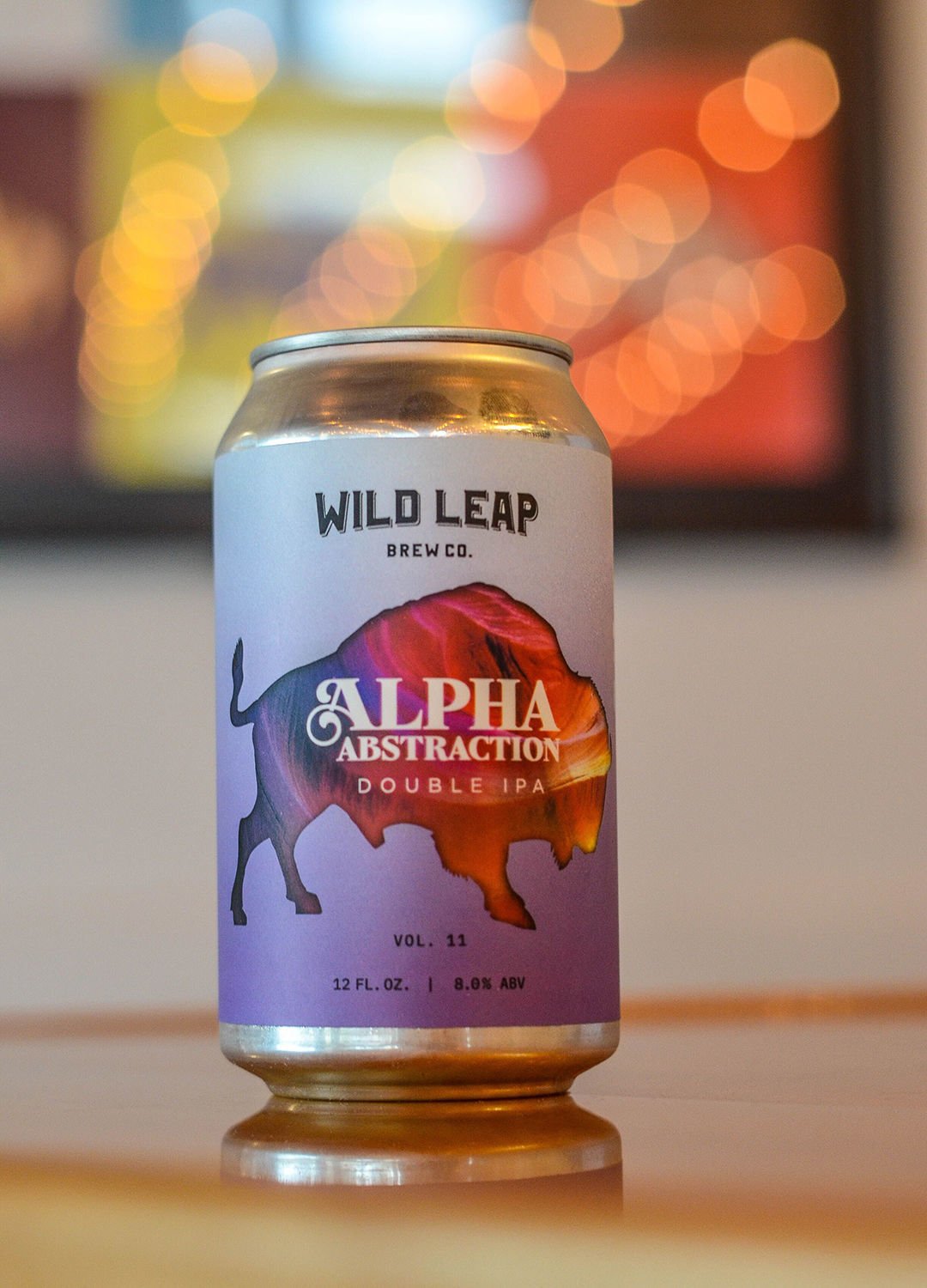 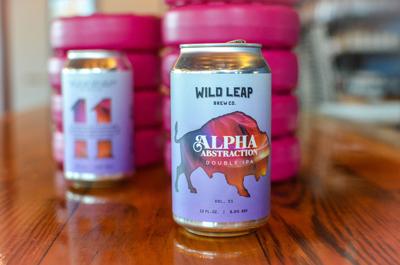 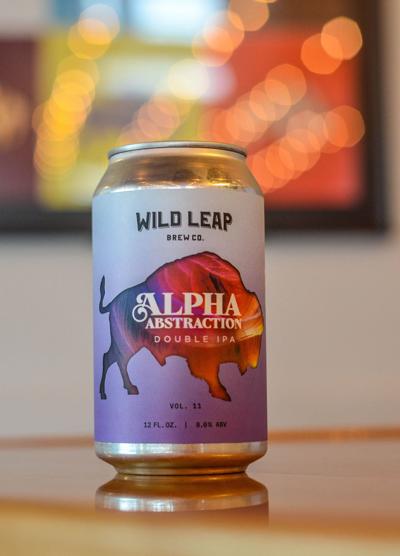 Taylor Denman likes beer in a scientific way — craft brewing, to him, is like a tasty chemistry project. He likes to drink beer almost as much as he likes to talk about it. In the Daily Post’s new series, “Beer Beat,” Denman spotlights a different beer each week, offering his take and the story behind its name and creation.

The Flavor: Wild Leap Brewing’s Alpha Abstraction series is all about experimenting with hops that are occasionally described unpredictably. Alpha Abstraction Vol. X was brewed with a combination of hops that created a flavor, described by Chief Brewing Officer Chris Elliott, that resembled Sunny Delight.

The latest edition in the series, Alpha Abstraction Vol. XI, is hazier than its predecessors. Still, the beer brings a tropical flavor with a smooth finish, considering it’s a double IPA. I’ve written about Wild Leap double IPAs before and had a similar take on the beer’s insane drinkability. When it comes to double IPAs, bitterness doesn’t always have to come with flavor.

Alpha Abstraction, Vol. XI is a higher-gravity beer (8% ABV), but posts a 45 IBU (International Bitterness Unit) score on Untappd. That’s lower than a lot of IPAs, folks. That’s a refreshing swig during a filling meal.

My main gripe with Alpha XI is not that it isn’t tasty. It’s that the beer is not extremely distinct from Alpha X. From a beer-connoisseur perspective (Did I just call myself a beer connoisseur? Calm yourself, Denman) it’s a bummer because I’m always up to try something I never tasted before. Fans of the Alpha series, though, may prefer this, since the release of one Alpha means the end of the reign of the previous Alpha.

Talking to Wild Leap brewers, replicating notes of previous Alphas is by design. Expect the same juicy flavor from Alpha to Alpha with subtle differences.

The Story: Wild Leap Brewing launched the Alpha Abstraction series more than one year ago, which provided a brewing canvas to profile individual hops and give customers an idea of what kind of flavors are out there.

The series’ name references the agent in the brewing process that give beer aromas and is attributed to bitterness, alpha acids. The dry-hopping process, which accentuates flavor in double IPAs, is typically done with hop varieties that have either low or high alpha acids to balance the malty sweetness. Alpha Abstraction’s series shows that there’s some middle ground.

Alpha Abstraction is also about freshness. Beers are only available for a limited time while the hops are at the height of their freshness.

Where some beers in the series have blended hops, Alpha XI is brewed with an experimental hop that sounds like it’s been genetically engineered in a military lab: HBC 472.

You might whiff some hints of bourbon oak, white grape and berry, but HBC 472 still delivers the series signature tropical and juicy flavors.

“We were attracted to the really unique profile that HBC 472 had, but it was so unusual we decided to do a test batch to see how well it would work with the fruity and citrusy characteristics of the Alpha Abstraction series,” Elliott said.

Taylor Denman is a Gwinnett County native who got his journalism start covering sports. He now primarily covers schools for the Daily Post and relishes the opportunity to tell stories about the county he grew up in.

Recipe of the Week: A lemon butter fish for the whole family

It's been 15 years since the U.K.-based author Gill Rapley introduced the term "baby-led weaning" to describe the method of introducing babies to solid food by letting them feed themselves rather than eating pureed foods by the spoonful or from a pouch.

Recipe of the Week: Lamb and Barley Stew for St. Paddy's Day

It's the time of year when grocery stores set up displays featuring everything you'd need for a corned beef and cabbage feast on St. Patrick's Day.

I prepared this soup a few years ago for St. Patrick’s Day, and it has become a family favorite. Paired with traditional Irish soda bread, it …

Most people recover from Covid-19. Here's why it's hard to pinpoint exactly how many

DARRELL HUCKABY: The good and the bad of sheltering in place

Reports: Kobe Bryant, 7 others elected to Basketball Hall of Fame