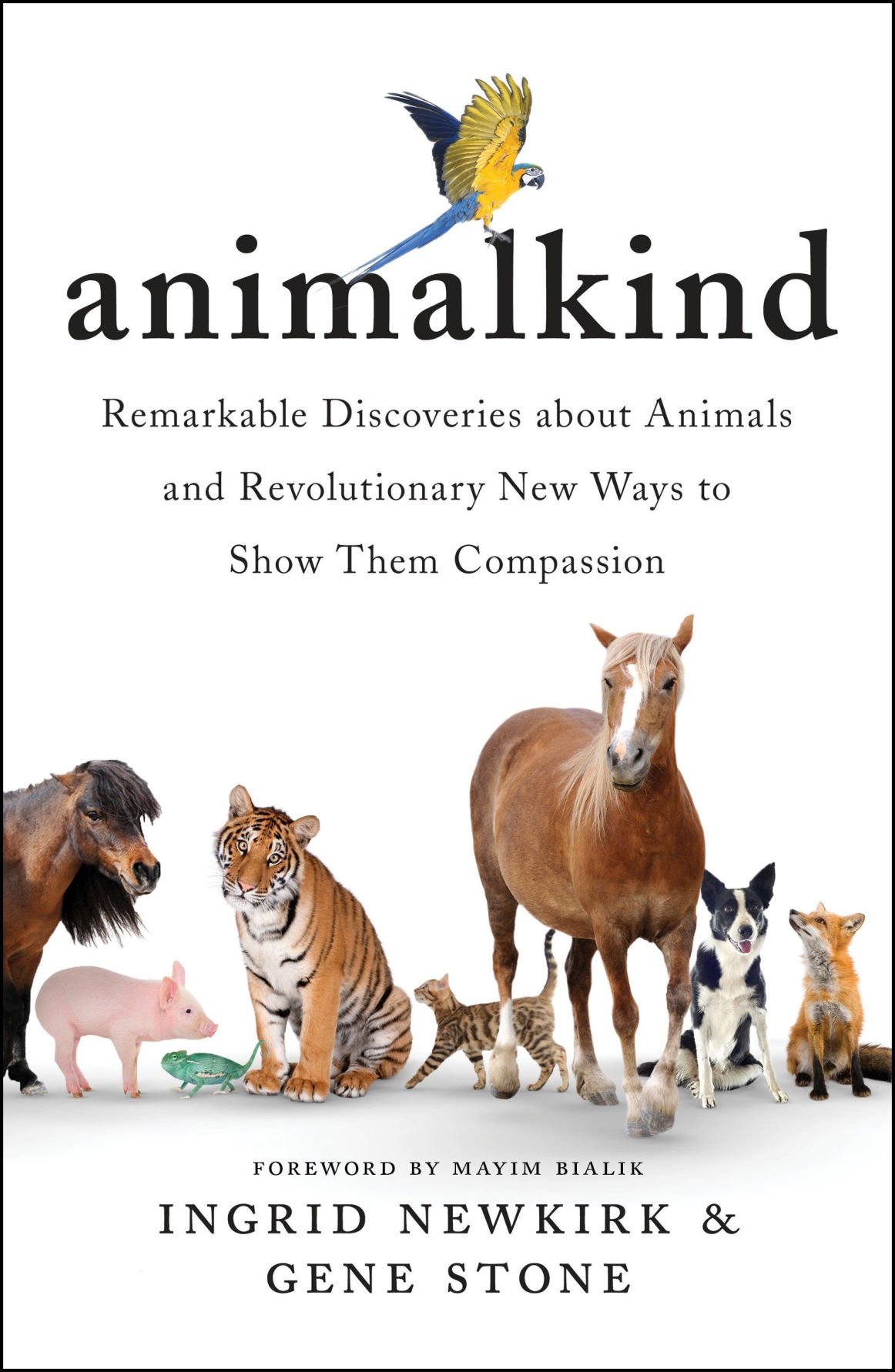 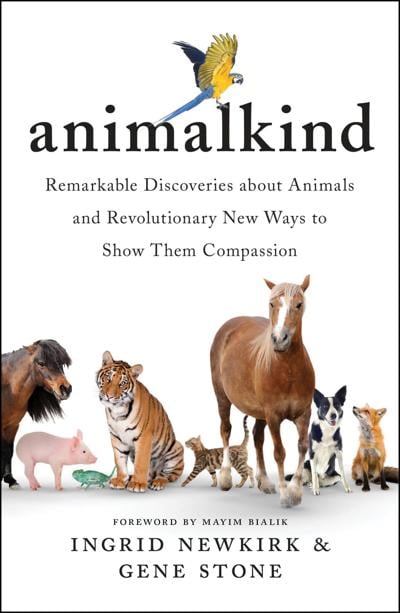 Your dog says he hates the new food you bought him.

The ball, though, that’s perfect. He likes the squeak. He says he’d like it better if you could play tonight but he understands that you have stuff to do, so he’ll go lay on his bed, thanks for that. If he could read “Animalkind” by Ingrid Newkirk & Gene Stone, he’d have a lot more to say.

But then again, you already knew that. Anybody who loves an animal knows that dogs don’t just bark and cows don’t just moo, but that each vocalization means something – whether it’s to you or to another creature.

Scientists and researchers learn more every day about the lives of animals, and not just the critters we live with, but the ones we live near, too: birds, for example, communicate in rich layers through vocalization that mimics human speech patterns. Furthermore, when tested, some birds perform better than monkeys at relatively complicated tasks.

Even in the barn, animals have more smarts than many humans will admit they have. Horses can learn to indicate a preference for a blanket, when given a choice between several. Mules are notorious for problem-solving in the barnyard. One farmer reported to researchers that a cow he owned gave birth to twins, then relinquished one and secretly hid the other, possibly because the farmer had removed a calf from her once before and she remembered, unwilling to lose both babies.

Newkirk and Stone write of octopuses that learn to outwit their captors, and of monogamous birds. They tell of baboon capers, swimming elephants, and of porcine cuddles. You’ll read tales of pigeon romance and why you should never want to approach a sweaty, smelly bull elephant. They tell tales of intelligence and sentience and love among animals.

And they tell us what we can do at home, at work, at school, shopping, cooking, and dressing to ensure that “the animals who share this planet with us” are given the respect and care they’re finally due…

The very first thing you need to know about “Animalkind” is that it’s not going to change anyone’s mind. Skeptics (read that: people without pets) will still scoff at the very idea that animals could be compared to humans. Folks with pets will find examples to the contrary. Nothing new on this front.

Speaking only to the latter, then, this book is a delight: authors Ingrid Newkirk & Gene Stone share story after story and scientific fact after laboratory study of animals who love, nurture, communicate, seek revenge, and play tricks on their humans. These tales are like snack food to an animal-lover: it’s impossible to stop wanting more; in fact, you may think this book isn’t thick enough. Also nice is that the last half here offers ways to match your hustle with your heart.

Readers who think that an animal is just an animal, keep on walking. This book isn’t for you, but for animal-lovers and those who are ecology-minded, “Animalkind” is one you’ll enjoy.

Your dog would agree.

3 men were found dead near a cemetery in California. Sheriff says it 'was a message'