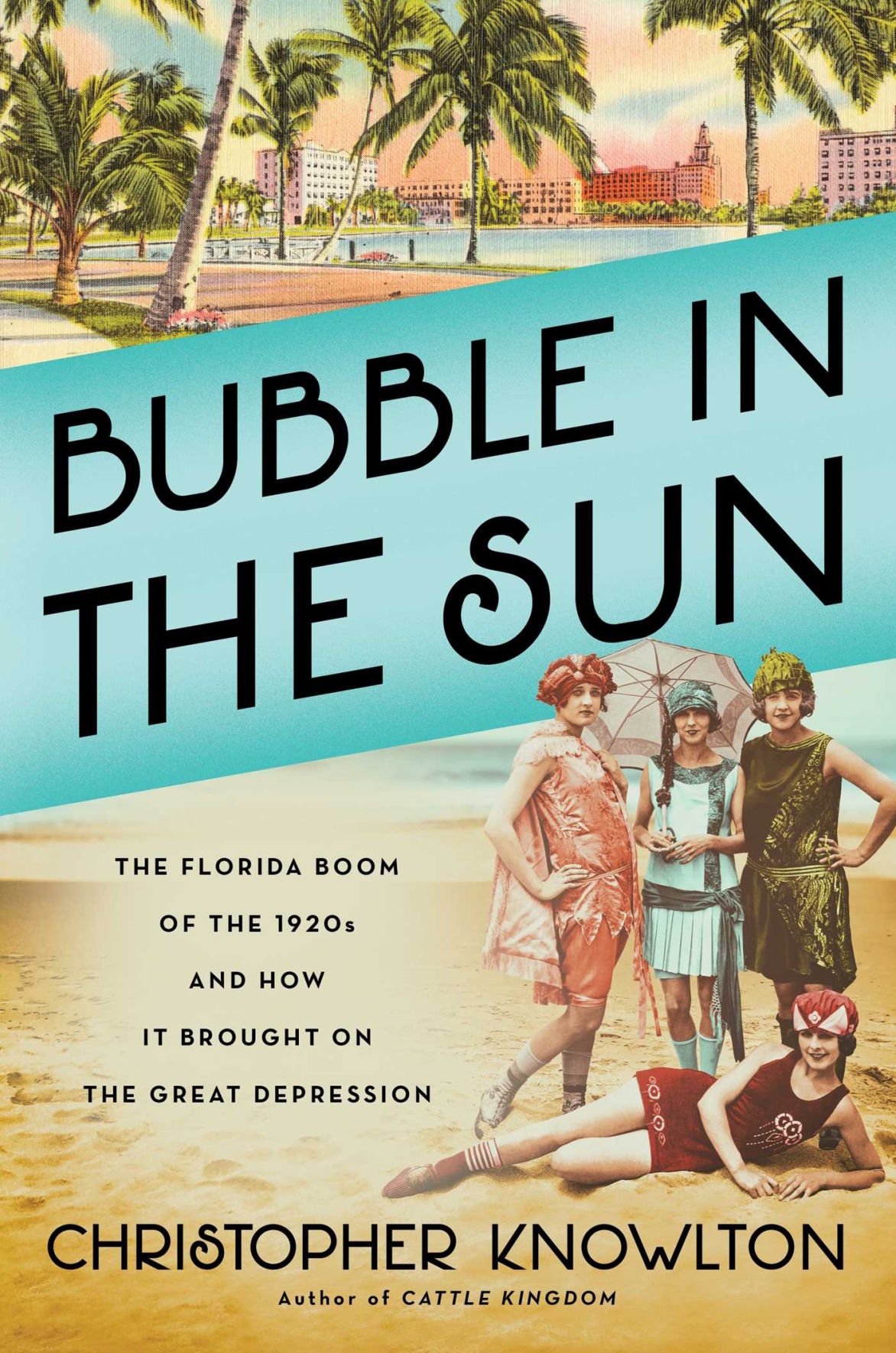 “Bubble in the Sun: The Florida Boom of the 1920s and How It Brought on The Great Depression” by Christopher Knowlton, Simon & Schuster $30, 411 pages 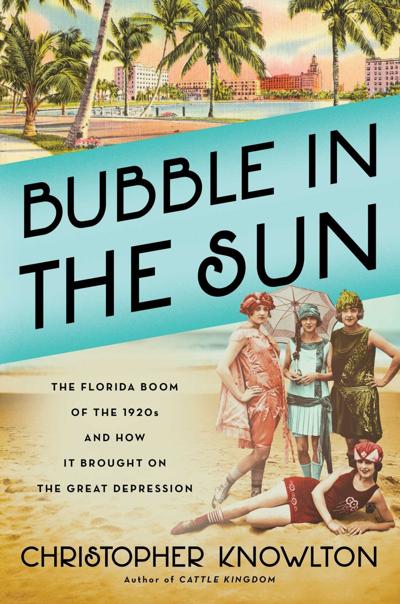 “Bubble in the Sun: The Florida Boom of the 1920s and How It Brought on The Great Depression” by Christopher Knowlton, Simon & Schuster $30, 411 pages

Do this, then that.

It’s inevitable – so much so that Sir Isaac Newton made it a law: follow through with an action and something “equal and opposite” will happen. If A, then B, that’s how things are, the caution being that you might not like it. As in the new book “Bubble in the Sun” by Christopher Knowlton, it may, in fact, become the worst thing of all.

It was early 1878, and Henry Morrison Flagler was worried about his wife, Mary.

She had been ailing for some time, and her doctor ordered Flagler to take Mary from New York to Florida for sunshine and fresh air. A few days after their departure, they reached St. Augustine but were disappointed in the accommodations there, which were “noisy and ramshackle.”

Indeed, Florida itself was little more than that then. Travelers heading south might find an occasional village here or there, very few roads, a couple of coconut plantations, and lots of jungle. It wasn’t much different when Flagler returned to Florida a widower in 1882 but by then, he was determined to take advantage of what was basically “frontier.” He was a railroad man, partner to John Rockefeller, and he had a hand in Standard Oil. To say that Flagler was wealthy was an understatement; to say that he’d be deterred from bringing the railroad over the ocean to Key West was a lie.

By the time Flagler achieved his dream, Florida was on its way to being a playground for the wealthy. Offering pampering for society’s finest, high-end hotels, luxury accommodations, and fine resorts were built, followed closely by men intent on taking advantage of it all. Carl Fisher, developer in Miami Beach; Addison Mizner in Palm Beach and Boca Raton; George Merrick in Coral Gables; and D.P. Davis in the Gulf area all had visions of vast new housing developments and their ideas caught fire as the cost of land stratospherically rose, sometimes multiplying in the same day. Newly-landed Floridians, happy with then-newly-available home mortgages, snapped up empty lots, built new homes, and filled them by using revolving credit.

And then the bottom dropped out…

This real estate boom-and-bust, says author Christopher Knowlton, was so disastrous that it snowballed, setting off the Great Depression. In “Bubble in the Sun,” he offers details and for full comprehension, you’ll need them in this long, worthwhile story.

If you like cultural history or urban science, you’ll love those details.

Beginning in the Victorian era and moving quickly to the Jazz Age, Knowlton tells the tale as though it’s a novel by dramatically bringing the players together in a backdrop that’s so vivid you may be tempted to check your whereabouts. Knowing what we know about real estate bubbles from the Great Recession, you’ll also want to check your breathing, too, because you can clearly see what’s going to happen.

For readers who enjoy Jazz Age tales or unique Americana, this book is one for the beach or wherever you like to read. Find “Bubble in the Sun.” Do that, like this.