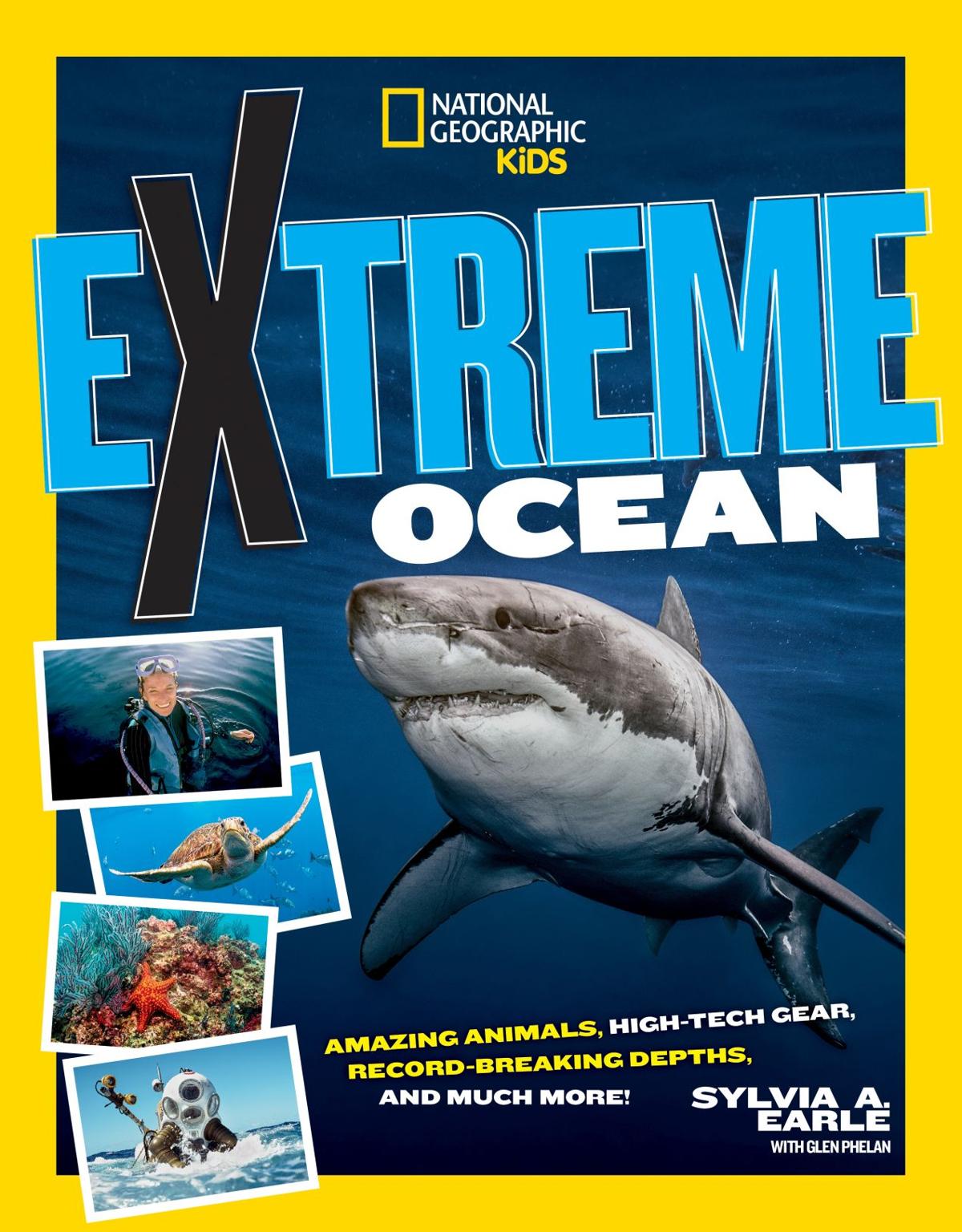 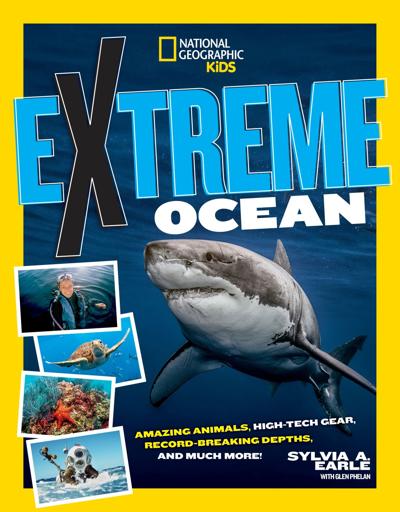 You had never seen so many teeth!

Knife-like triangles in the sharks’ mouths, little round grippers on the octupi, and that fish over there? He thinks you’re dinner, so beware. Know what’s in the water, how scientists see those creatures, and how low you can go by reading “Extreme Ocean” by Sylvia A. Earle, with Glen Phelan.

When she was just 3 years old, Sylvia Earle went on a vacation to a beach in New Jersey and literally fell head-over-heels. She was standing near the water, barely even wet, when a “rogue wave... slammed into” her, knocking her down. Instead of screaming, she was “exhilarated” and there it was: a lifelong love of the ocean.

It’s hard to miss the ocean if you’re looking at a map or globe: water covers more than 70% of the planet and where it originally came from is a mystery. No one knows for sure, but Earle says that it may’ve “hitched a ride on comets, meteors, and meteorites...”

One thing scientists do know, however, is that we need oceans. Without them, we wouldn’t have water to drink, bathe, or even breathe. Earth’s temperature would be very different without ocean currents. Plants would die. And where would marine life live?

Imagine being underwater and seeing a whale “speeding” toward you.

That’s just one of the experiences Earle describes in this book. She was near the coast of Maui, Hawaii, and got to swim with humpback whales. Whales, she says, are “the giants of the sea” but they aren’t alone in the ocean: living creatures inhabit each of the ocean’s five “zones,” for a total of over 250,000 different species – and scientists believe there are more to be discovered!

But there’s more to the ocean than just its creatures. In this book, you’ll see how science is taking research to super-low depths and what technology is required for that. You’ll get a fish-eye view of things yet to be learned. And you’ll find out why the ocean is in peril...

Here’s great news for kids who’ve been fascinated by seas and sharks since forever: they’ll find a kindred spirit in author Sylvia A. Earle (with Glen Phelan) and a great bunch of stories inside “Extreme Ocean.”

The other good news is that, though this is a children’s book, it contains a lot of grown-up words and terms that make kids feel like their interests are being taken seriously. None of it’s above their heads, though: everything is explained in ways they’ll understand. For kids who like a little more hands-on, there are experiments they can try and activities to get involved – and on that note, fully a third of this book looks hard at the problems that plague the ocean and its creatures, and solutions that any 8-to-13-year-old can do to help.

Future oceanographers will be thrilled by the full-color photos that are packed in this book, but it’s the narrative that they’ll love best. Find “Extreme Ocean” and your child won’t want to wait to bite into it.

America's legacy of lynching isn't all history. Many say it's still happening today

ER visits for non-Covid emergencies have dropped 42% during the pandemic, CDC says

America's legacy of lynching isn't all history. Many say it's still happening today

ER visits for non-Covid emergencies have dropped 42% during the pandemic, CDC says