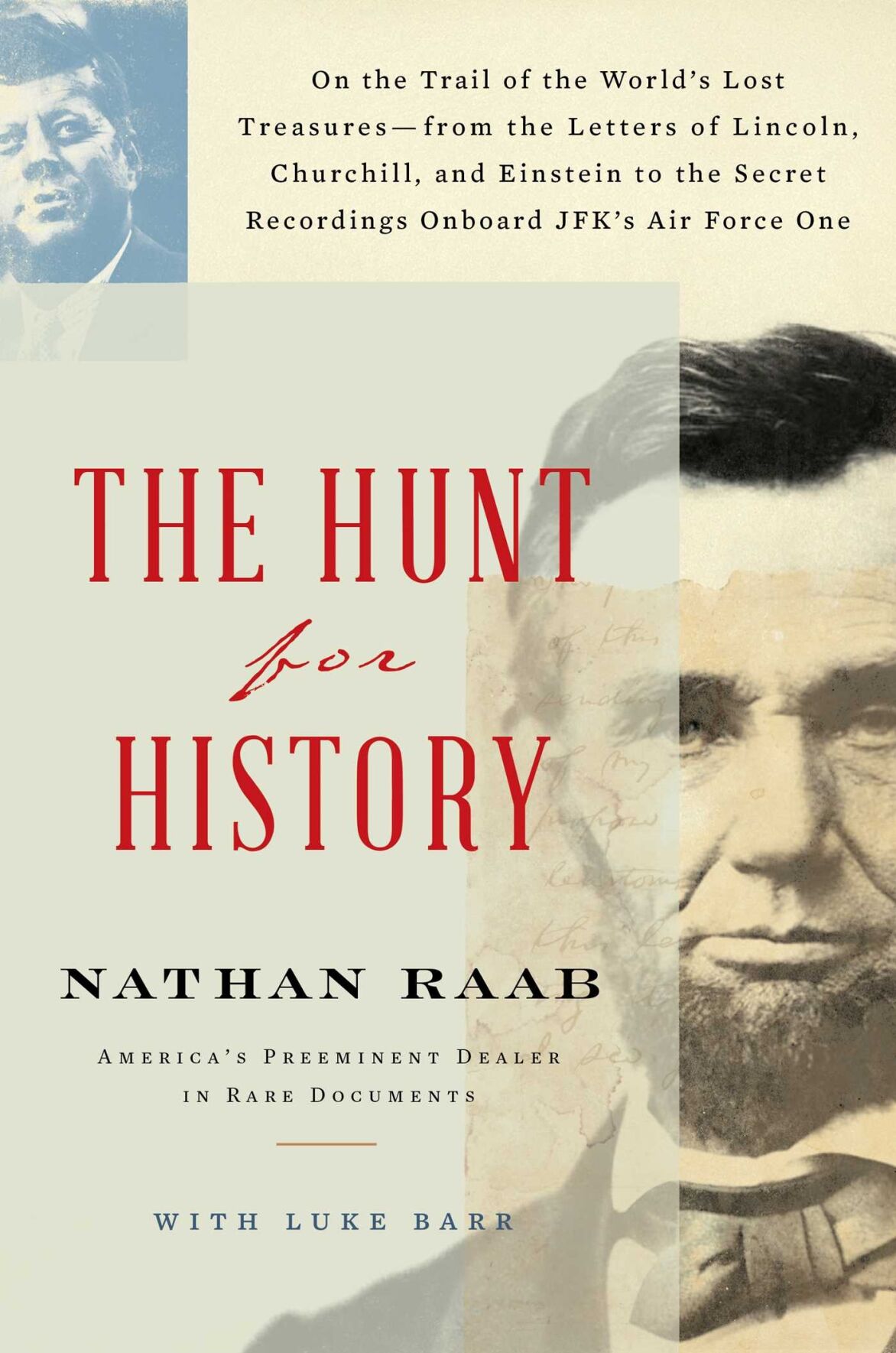 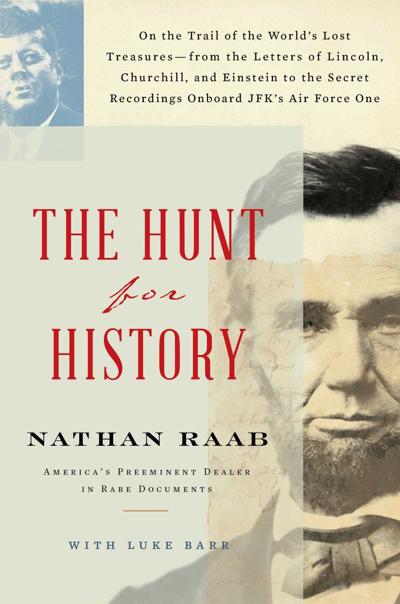 It was easy to go through that box of papers you found because most of it went in the first three categories, junk, junk, trash, and lots of it. And then something caught your eye: a signature, a date, a real find or a good fake. The question is, as in the book “The Hunt for History” by Nathan Raab, what’s it worth?

It’s the rare person whose heart doesn’t race a little at the discovery of a box of random ephemera. We’ve been taught well by success stories on Antiques Roadshow but for Nathan Raab, the lessons came from his father.

His dad, he says, “was born a collector” and a lawyer by trade until his love for history and historical odds and ends spurred him to start a small business selling rare documents and autographs. Knowing the provenance of an item was essential, as was authentication, and Raab’s father let Raab do some of that legwork. Soon Raab, who started as a child collecting autographs of people he wrote to, joined the family business.

Even though he’d been doing it for much of his life, becoming a rare document dealer had a learning curve.

Raab has to have, first of all, handwriting analysis skills, knowledge of paper and ink, and an good head for dates. He must be aware of possible legalities. There are times when finding a gem means sifting through junk, and he often has competition on that. Finally, he sometimes has mere minutes to determine the rarity of a document, whether it’s salable, and how much it’s worth.

The job has its perks, though: Raab has held paper in his hands that was touched by geniuses, philosophers, and founders. He’s solved mysteries, read drafts of speeches and thoughts of great men, listened to shocking historical accounts, and recovered tattered documents that were destined for the dump. And he left intact a secret that a great man would’ve wanted held.

You feel like heading for the attic now, don’t you? That box of Grandma’s papers suddently calls, and for a valid reason: “The Hunt for History” whets your interest.

You’ll never see yellowed paper or musty magazines the same again after author Nathan Raab explains why you should look thrice at something that seems old – and yet, pay heed to the caution he offers. Just because something’s aged doesn’t mean it’s inherently valuable, as antique lovers know and Raab proves, but with tantalyzing possibilities left intact. Some of the most intriguing finds he writes about, in fact, were items that someone deemed worthless, and the thrill of their hunt is here for readers to envy and desire for themselves.

There’s history in this book, of course – enough to satisfy someone who grabs it merely for that reason, though it takes a backseat to that which speaks to the heart of a treasure-hunter, picker, or heir with a box of paper. If that’s you, then go ahead: toss “The Hunt for History” by your bedside for tonight.

The debate over $600 payments could dictate the US recovery

The debate over $600 payments could dictate the US recovery