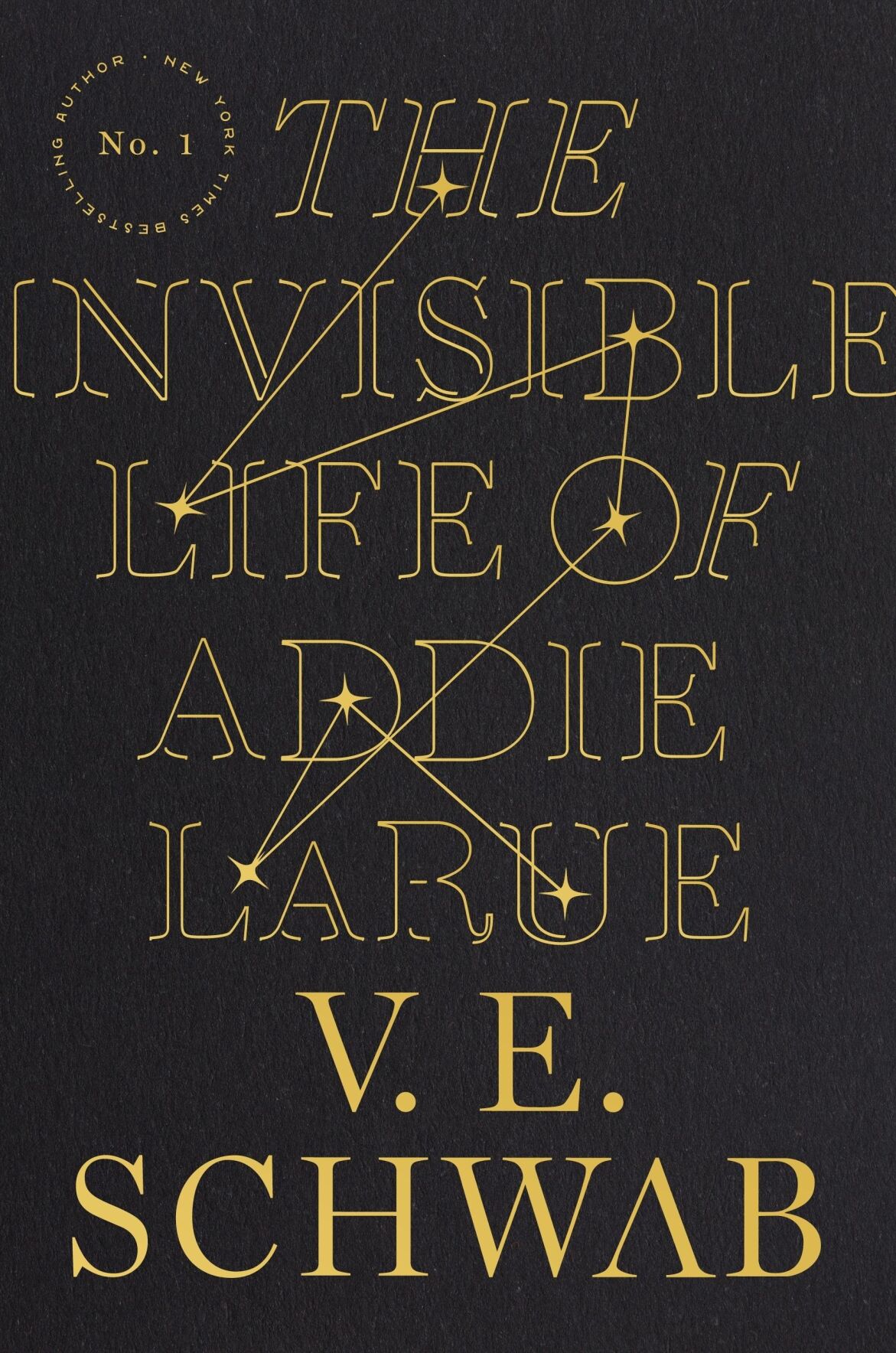 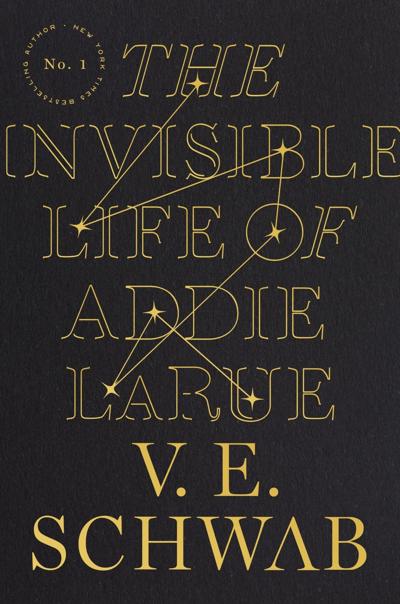 You've heard it before. Someone said it and you're not sure when, but it's like name-ja vous. Like you should be able to recall a face, but maybe you never actually met the person who has that name. Or maybe, as in "The Invisible Life of Addie LaRue" by V.E. Schwab, you've simply forgotten.

She never wanted to be married.

There was a world beyond her village; Adeline LaRue had seen it and wanted more, but her mother said marriage would be "good for her." Marriage and children, they were expected of young women in 1714, but Adeline never wanted to be someone's wife. So just before her parents gave her away to a man she didn't love, she ran.

She'd known since childhood about the gods who lived in woods and fields, skies and clouds. The crone Estelle, who lived nearby, taught Adeline about them, promising that if she prayed and offered gifts, she'd be answered. She told Adeline never to speak to the gods of darkness, but now Adeline had no choice, no time. While her betrothed waited in her parents' garden, she prayed at twilight to be released.

Decades later, she'd call him Luc, but on that night, he was smoke, wraith-like, a bargaining god until Adeline agreed to exchange her soul for freedom. She'd surrender it when she was done with life, but the god was clever. Adeline was freed in living, but also freed of life: no one who ever met her would remember her.

The first months were difficult; she was a stranger in her own village, her name stuck in her throat until she called herself Addie. She wasn't impervious to cold or hunger, but they were uncomfortable; she learned to steal to survive, traveling wherever she wanted or wherever Luc wanted her, and that was her life for 300 years.

Her life... until the afternoon a quiet man said something she hadn't heard in three centuries.

Flip past the flyleaf of "The Invisible Life of Addie LaRue" and you'll note that it begins where many novels do: with a short scene featuring a young woman fleeing for her life. It seems like the beginnings of a thousand other gothic novels, until you turn another page and are tossed down a time-hole.

And yet, author V.E. Schwab doesn't offer the usual time-travel trope here: the years in this tale pass chronologically and characters never travel backward, pulling readers constantly toward an unknown future for the somewhat-stereotypical Addie LaRue. Yes, this character is unbearably familiar, until you turn another page.

And that's what you'll want to do: turn another page, and again. But here's the thing with novels: in our minds, we tend to put ourselves in them and in this novel, that's hard to bear. Imagine being erased for all time. No legacy, no love, no offspring or name on a genealogy report in the future. Then imagine reading "The Invisible Life of Addie LaRue."

It's a book you won't soon forget.

Why happy endings can lead to bad decisions, even when voting