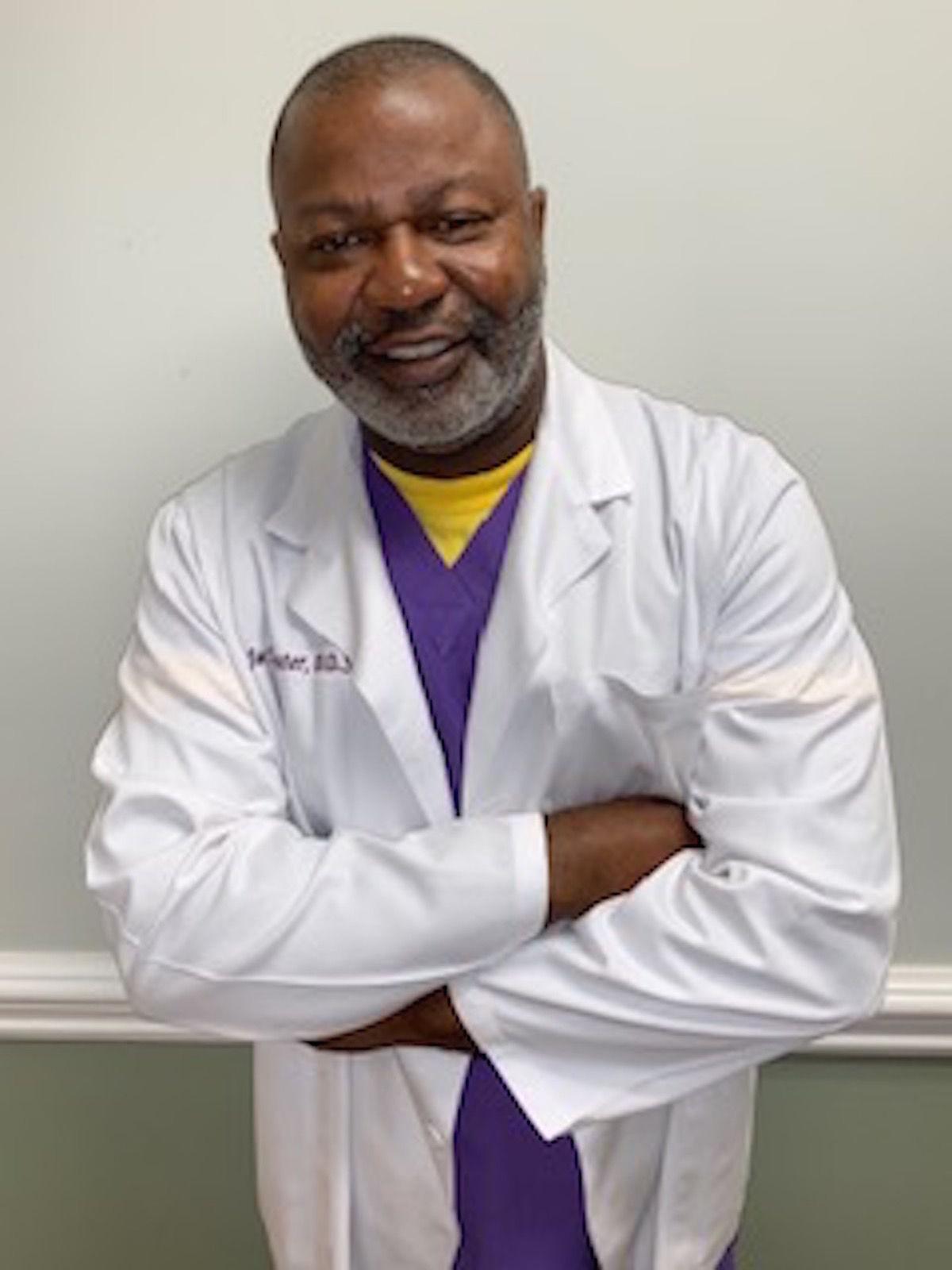 Conyers dentist Dr. Joe Lester has penned his fourth book, “Baptized By Fire,” and is already working on his fifth publication. 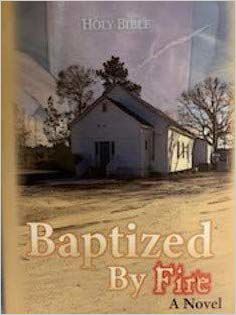 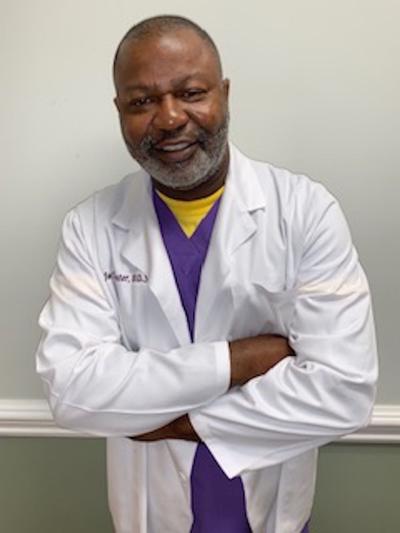 Conyers dentist Dr. Joe Lester has penned his fourth book, “Baptized By Fire,” and is already working on his fifth publication.

Folks who have been around church life for any length of time can often testify that the doors might be locked and the windows slammed shut, yet the devil will still manage to get inside. Call it a church split. Call it a church fight. Call it the topic of the latest book written by Conyers author Dr. Joe Lester.

The longtime dentist has just released his fourth book, “Baptized by Fire,” which tells the fictional story of a church feud in a religious community in rural Georgia.

“The book is all fiction, except that I used the small town of Hawkinsville, where I grew up, as the setting,” Lester said. “I must clarify that rural Southern townspeople are some of the most loving people I’ve ever met. So many stories could be told about rural communities, but these communities are often discounted or overlooked as ‘not mainstream enough,’ especially the African American Christian communities. I don’t personally know any people like the characters in my book, so it was easy to muddy them up a little for the sake of entertainment.”

And muddied they are. “Baptized By Fire” is not a typical Christian novel. The language is real, or, as some might say, raw. The topics are those often heard in conversation today, and the characters come to life as real people.

As the book’s dust jacket promises, the story is “suspense-packed, fast-paced, realistic and unfiltered Christian fiction about love, religion, deceit and loyalty — about holding onto faith that God is real and that terror strikes when we least expect it.”

“I wrote this particular story because I wanted to do a Christian fiction tale, but I didn’t want it to be another holy rolly ‘how I got saved and found the Lord and now I can teach you how to live’ pseudo sermon,” Lester said.”I tried to twist a little current events into the story, and I created characters with real flaws, dealing with situations that an ordinary person could relate to.”

“Baptized By Fire” begins with an old-fashioned church revival at a prominent African American church in Hawkinsville. The story’s protagonist, Dr. Joe Fry, comes back to his home church expecting a week of renewal for his heart and soul. Instead, he finds himself caught up in a big feud between two men of faith “so blinded by their own desires they don’t see the enemy that has unleashed an army of demons on the town,” Lester writes. “Joe’s vision is clearer, however, and when he won’t back down, soon his own life is in jeopardy.”

Lester says it usually takes him a few years to complete a book.

“I don’t write from any type of outline,” he said. “I just start bouncing storylines off my staff at my office, and when something feels good, I go with it. I usually keep the computer up all day and at home at night. I have a brown recliner where I sit pecking, always seeming to have something fresh get into my head. I usually don’t know where my story is going. My staff says I talk about the people in my head like they’re real people, and that’s true enough. I’m usually in no hurry to finish because for me, writing is kind of a hobby. I’m unlikely to sell a million copies because I like writing a great story better than trying to sell a great story, and I find myself OK with that.”

Lester has been publishing books since 1998, when he wrote his inspirational memoir, “I Am Not Afraid to Dream,” which told the story of his family growing up and struggling on a farm in Pulaski County. His second book, “Irresistible Impulse,” is a murder mystery set in Atlanta. His third book is “Family and Honor,” which is set in Elberton and is about the biracial granddaughter of a wealthy white businessman who died never acknowledging her existence. Now with the publication of “Baptized By Fire,” Lester is already working on a fifth book.

“I want to do a baseball story,” he said. “My dad was a baseball player back in the 1950s, in a community church league. It is my belief the African American story is so much more than the mass slavery of our ancestors and our fight for civil rights, so of course this story will glorify the strength and humility of a people who continue to be stakeholders in the building of America.”

The eighth of 10 children born to the late Raymond Lester Sr. and Allene Battle Lester, the author dedicates his fourth book to his parents, of whom he writes, “They didn’t have a lot of money, but knew education would be the key to success for the 10 of us. Rich in wisdom, spirit and love of family, the combination of my father’s work ethic and mother’s keen insight on education made my life a journey of abundant blessing.”

His father was a sharecropper and learned to read when he was an adult going to night school. While his mother did not finish high school, she was a determined advocate for education for her children. Her son says his parents’ hard work and inspiration paid off.

“Out of my nine siblings, four brothers and five sisters, all except my oldest sister have at least a four-year college degree,” Lester said. “A younger brother is also a dentist. One brother has a JD. One sister has a Ph.D. and three sisters and a brother hold master’s degrees. My wife, who holds a doctorate in education, believes in the power of education as strongly as I do. Of our four daughters and seven grandchildren, two daughters hold doctorates in education. One just started working on her doctorate and one has a master’s in accounting.”

Lester grew up on a farm in Hawkinsville and tells how at the age of 16, he walked into the school counselor’s office and chose dentistry as his career path.

“I was told I wasn’t smart enough,” he recalls. “I set out to prove some folks wrong. At the time, I had never seen a dentist in my life. My first dental visit was an exam to be admitted to dental school. At that time, there wasn’t a doctor in my family either. I had never seen a black doctor of any kind; not even on TV.”

Lester went on to earn a bachelor’s degree from Fort Valley State University and a dental degree from Meharry Medical School of Dentistry. He has been in private dental practice for 35 years. Along the way, he also worked for the Georgia Department of Corrections and the Georgia Department of Juvenile Justice. Lester also ran for the state senate in 1998 and 2000, and then was a candidate in the race for U.S. Congress in Georgia’s 3rd District in 2002.

He has been a church member all his life and grew up with his daddy serving as a church usher and his mother a Sunday School teacher. He and his wife of 39 years, Kimberly, attend a small church in Decatur where he serves on the finance committee and she sings in the choir.

In writing his fourth book, Lester said he hopes the novel will serve as a sort of “mirror” and give the reader an opportunity to look at the characters in the book and reflect upon their own lives.

“Baptized By Fire” is available at Amazon.com and Abebooks.com.

George Floyd's funeral to be held in Houston on June 9

George Floyd's funeral to be held in Houston on June 9