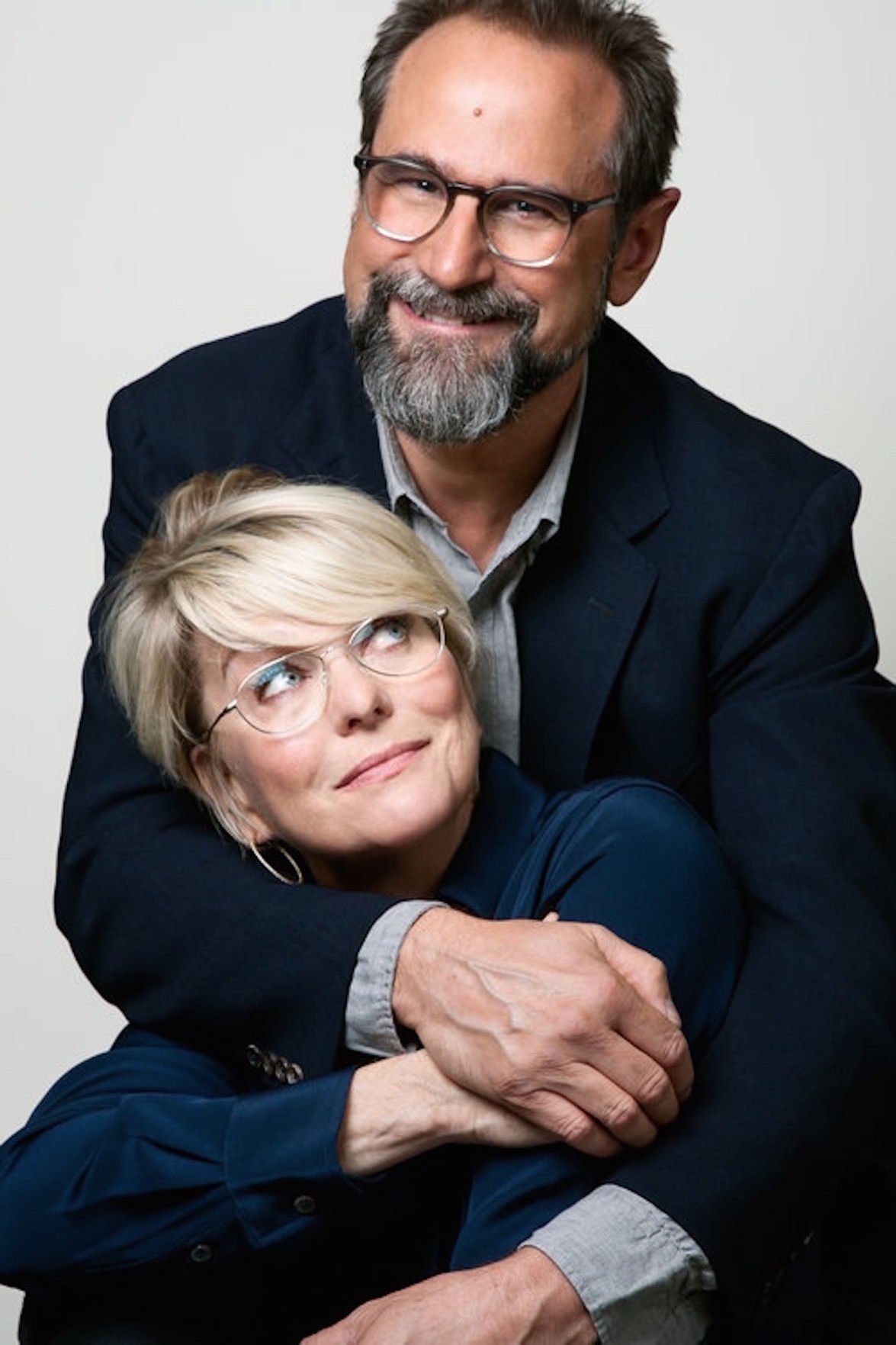 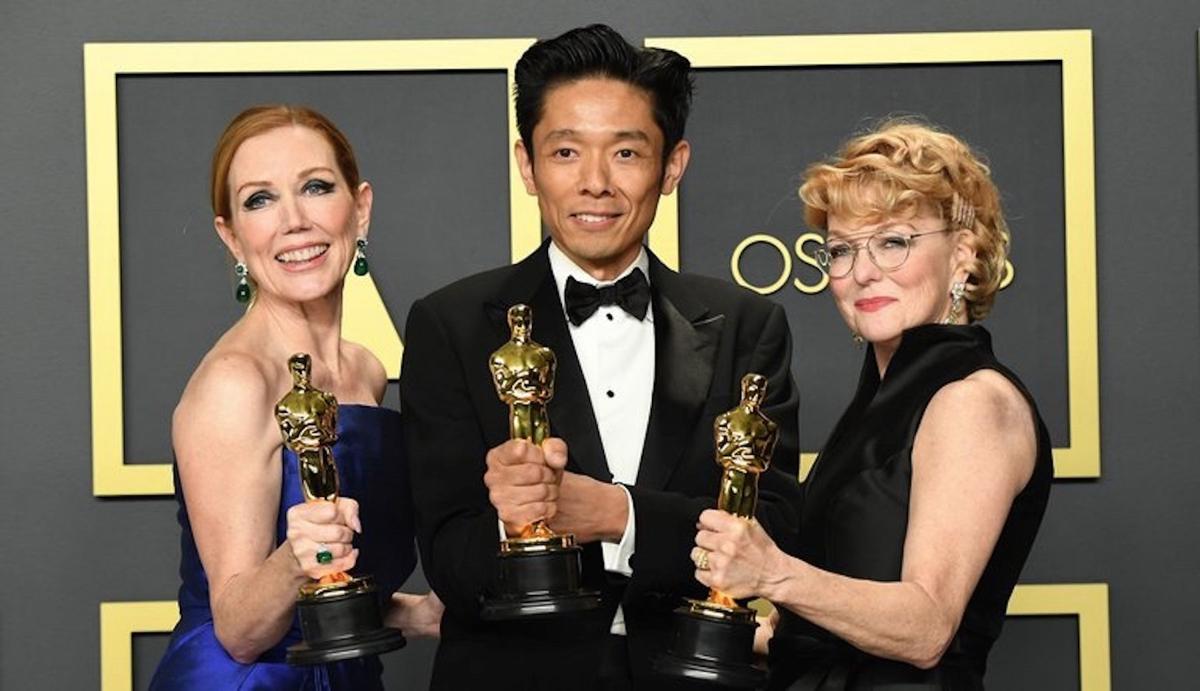 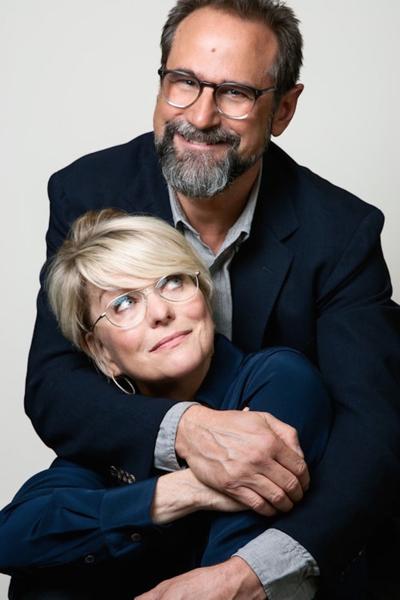 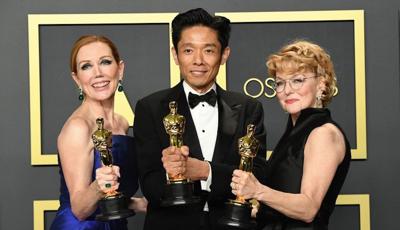 She once wore the red and black, cheering on the Bulldogs at Rockdale County High School. Last weekend, she wore a black Carolina Herrera gown and walked the red carpet as crowds now cheered for her. Conyers native Vivian Baker, a former RCHS cheerleader, was in Los Angeles at the Academy Awards accepting her first Oscar.

Baker won the prestigious award for her work on the movie “Bombshell,” a film about the women of Fox News who accused their boss, Roger Ailes, of sexual harassment. An Emmy Award-winning makeup artist with more than 30 years of experience, Baker joined Kazu Hiro and Anne Morgan in winning the Academy Award for makeup and hairstyling on the 2019 drama starring Charlize Theron, Nicole Kidman, Margot Robbie and John Lithgow.

“Everyone with the movie was lovely,” Baker said. “They are three of the biggest actresses around now. Everyone was amazing. The truth is there’s a big misconception of Hollywood. I think people think, ‘Oh, it’s Hollywood.’ And I hope that Georgia doesn’t think that. It’s not true. Everywhere you go, there’ll be difficult people. It doesn’t matter the field you’re in or what you’re doing.”

Baker has enjoyed working with many of the biggest names in the film industry including Tom Hanks, Meryl Streep, Tommy Lee Jones, Ben Kingsley, Diane Lane, Blake Lively, Chris Pratt, Anne-Margaret, Michelle Williams, Julianne Hough, Octavia Spencer, Leonardo Di Caprio and Gwyneth Paltrow, to name a few. Her film credits are numerous as well and include such well-known movies as “Footloose,” “The Aviator,” “Spiderman 3,” “Nights in Rodanthe,” “Jurassic World,” “Guardians of the Galaxy Volume 2” and “Avengers: Infinity War,” to name just a few.

The list of her accomplishments is a long one. Just a week before she won an Oscar, Baker won a BAFTA Award (British Academy of Film and Television Arts) for her work on “Bombshell.” About 10 years ago, the renowned makeup artist won an Emmy Award for her work on “Grey Gardens” starring Drew Barrymore. The Academy Awards night has been Hollywood’s most important event for more than 90 years, and the Oscar its most prestigious award.

“The Academy is very serious,” Baker said. “They’re very focused and intent on making sure everything is done to the letter... It is an honor to be chosen by your peers and to be nominated. The members of my branch of the Academy, makeup and hairstyling, are the ones who choose the nominations and then all the branches vote. When (the nominations) were announced, I was getting on a plane to come to Atlanta. It was pretty exciting. There is this thing that it is already a win to just get there.”

The youngest of four daughters — Valerie, Vanessa, Vickie and Vivian — born to the late Jimmy and Merle Baker of Conyers, Baker knew from the time she was a little girl what she wanted to do in life.

“I think most young girls like makeup and like to do makeup on their friends,” she said. “I think what was unusual about me is that after I did the makeup on my friends, I made them take it off. I wanted to do the transformation, and then I was bored with it.”

She also hung around to read the makeup credits at the end of movies while others were already out the door.

“I told my dad I was going to be a makeup artist,” Baker said. “There must be a job out there, but I had no idea if there was a job out there. I wasn’t sure what I was looking for or how to find it. I just told everybody I was a makeup artist and they hired me. I’m very much self-taught, even in the world of prosthetics. Since I moved to Los Angeles, I’ve had an opportunity to work with others. But I learned a lot from osmosis. I think it’s divine. Literally.”

Baker said her faith is strong and that God has given her many opportunities.

“I feel very humbled all the time that my career and my work is not my own to brag about,” she said. “It’s a gift.”

“I am proud of her and her accomplishments gained through hard work,” Swafford said. “She is very talented. But most meaningful to me is her love for her family, her faith and her desire to be a pure witness for Jesus.”

Baker remembers fond days growing up in Conyers and still owns her family’s home in Olde Town. Bob Astalos, her father-in-law lives there now while his son Michael and Baker live in the Los Angeles, Calif., community of Sherman Oaks. Baker and Michael met years ago when she was doing print work for one of the studios in Atlanta.

Michael Astalos was a professional photographer before becoming a lighting specialist. He built the first makeup station incorporating both daylight and tungsten lamps in a portable system that would become the industry standard for film, TV and commercials and supplied it all through his company, Cases for Visual Arts. In 2014, he introduced a new line of LED lights and began his second company, The Makeup Light. He and Baker married in 1990.

Baker tries to come back to her hometown as much as she can and says, “Conyers will always be a piece of me.” She enjoys spending time with her sisters and her nieces and nephews, and she often works on movies filming in the Atlanta area.

As a student at RCHS, Baker met another future Oscar winner. The Academy Awards’ 1994 Best Actress Holly Hunter was in the class ahead of Baker, but the two were friends at school and, years later, they would work together on a film.

Baker graduated in 1978 and began pursuing her dream. But it wasn’t easy.

“No one thought back then about makeup or thought about it as a job,” she said, adding that if you told people you were a makeup artist, they thought you must work at a makeup counter in a store. However, times have changed and so have career opportunities for makeup artists.

For many years, Baker worked with photographers and models before she began working on commercials. From commercials she did a TV show, her first feature and discovered she really liked it.

“I loved fashion and I loved the business, but I really loved creating a character,” she said. “The next thing I know, people are calling me, and I’m working on a movie.”

The first TV series she worked on was “I’ll Fly Away.” She worked under another makeup artist and says she learned a lot and then went out on her own. She joined IATSE, the International Alliance of Theatrical Stage Employees union, in both New York and Los Angeles. She often worked with an actress, actor or director and then they would ask her to join them on another project. She said she has stayed busy working simply through word-of-mouth referrals.

“Actors and actresses — all of them — I never set out to be a friend; it’s work,” Baker said. “I’m doing a job. I’ve worked with so many over the years, they are my friends and family now. I have very long relationships with them now. Being a makeup artist is not what people think it is. It’s an intimate relationship in a way. You’re part of everything you’re responsible for... I have a lot of amazing clients. I’ve worked with some of the biggest stars out there, and I have clients I think are awesome. I’ve been very blessed.”

After her big win last Sunday night, Baker was whisked off to the coveted Vanity Fair party. She told her agent she didn’t have an invitation, to which her agent replied, “Vivian. You’re invited to every party. You have an Oscar.”

The driver took them to the Vanity Fair party, and when he pulled up to the attendant who asked to see their invitation, the driver was instructed to say, “We have a winner.”

And then Vivian Baker of Conyers stepped out of the car onto the red carpet at the Beverly Hills Performing Arts Center and took her place among some of the world’s most famous and notable people.

What's spreading faster than coronavirus in the US? Racist assaults and ignorant attacks against Asians

Shanghai is China's economic juggernaut. Coronavirus has left it a city on edge