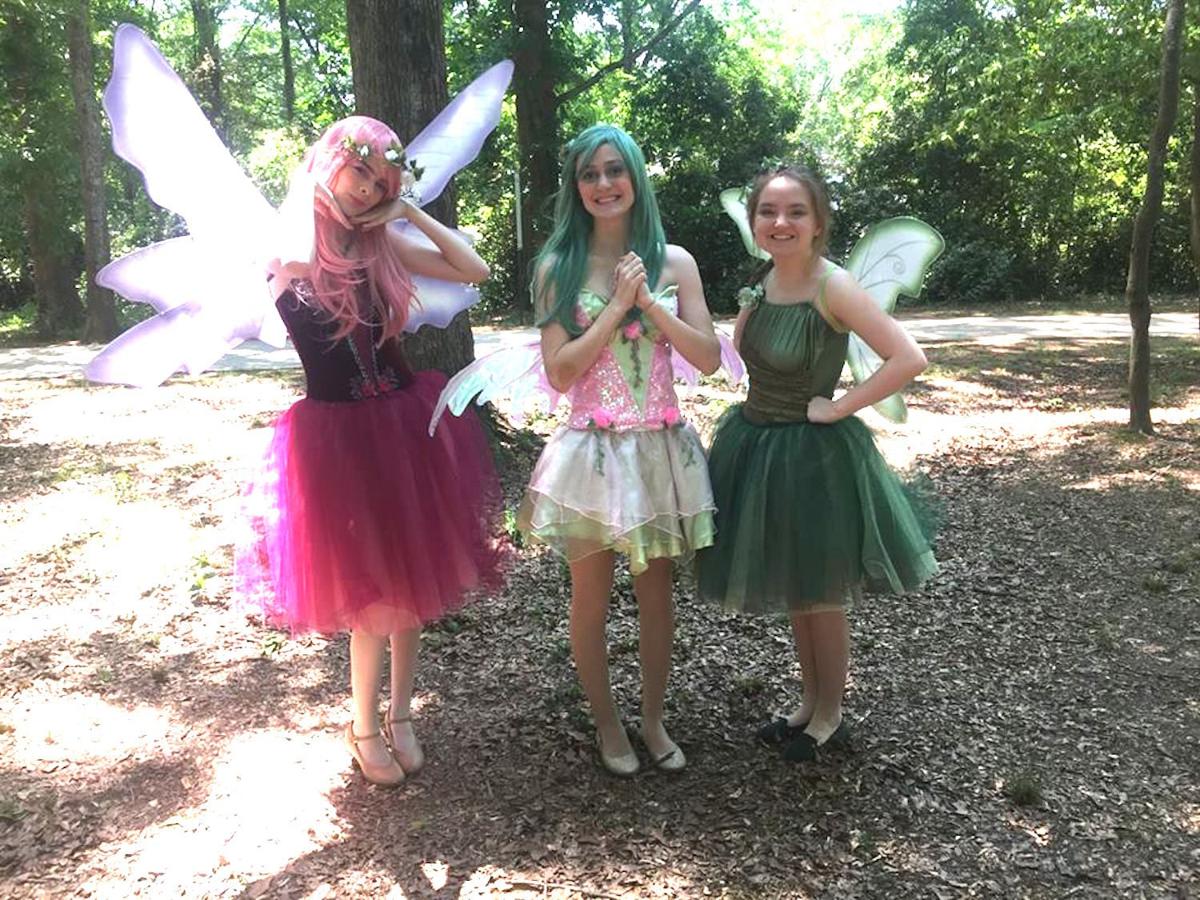 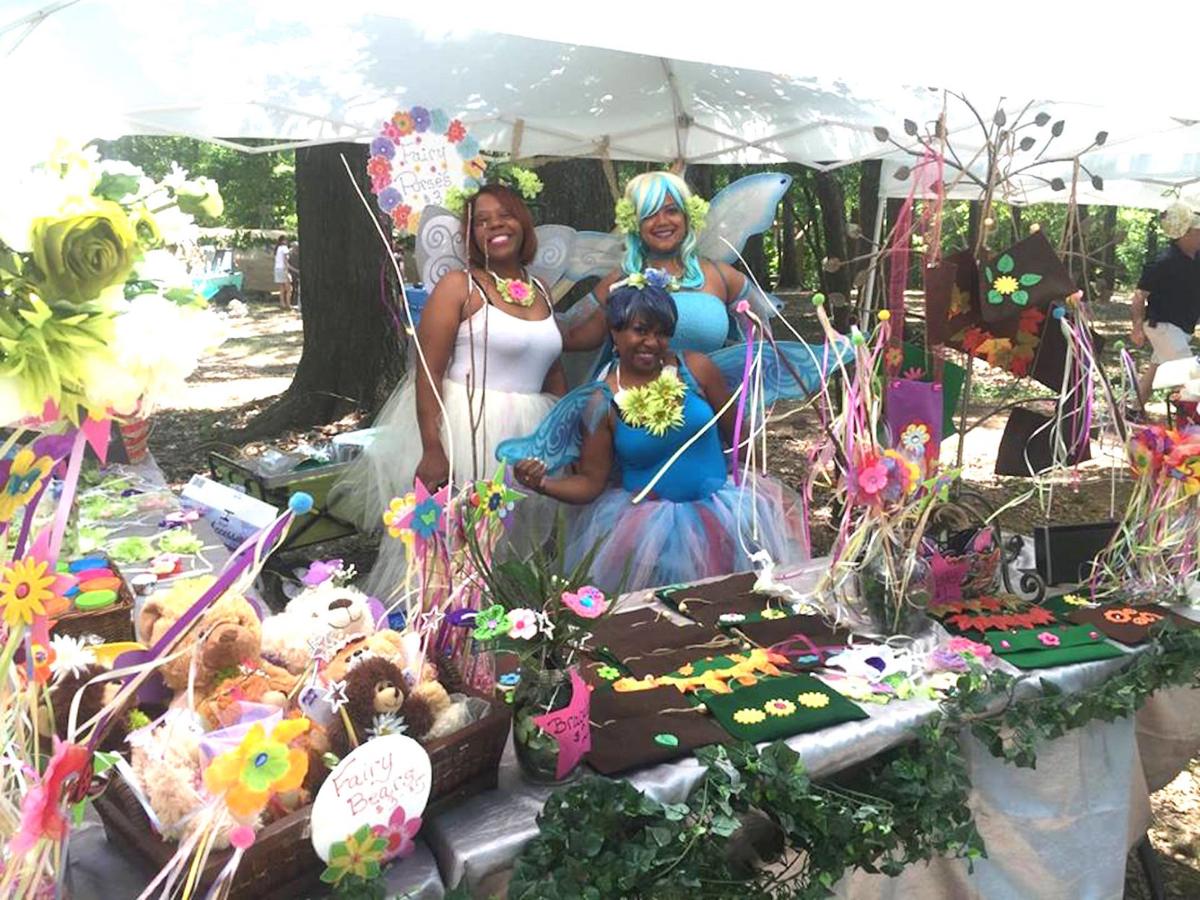 Fairy- and gnome-themed merchandise will be available for purchase at the Fairy House Festival at Chimney Park on May 5. (Special Photo) 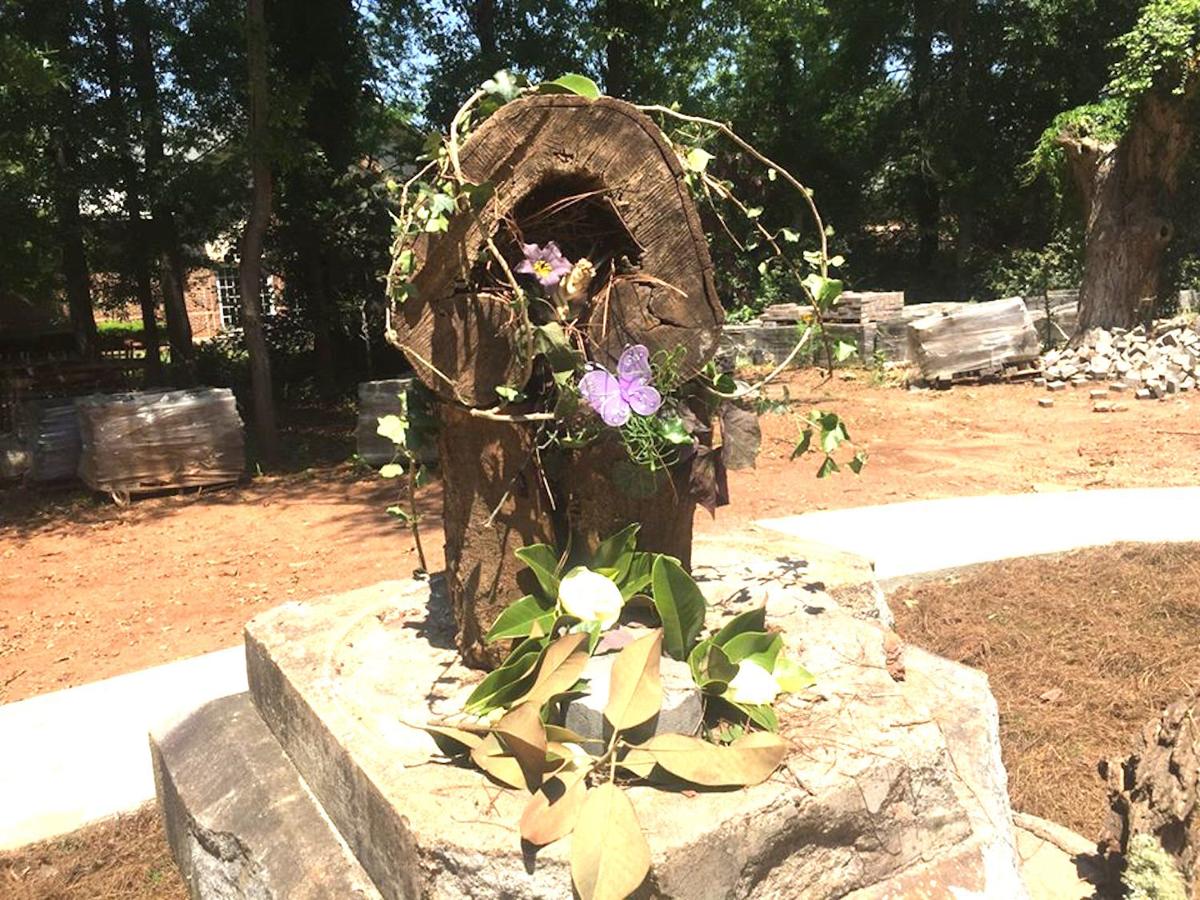 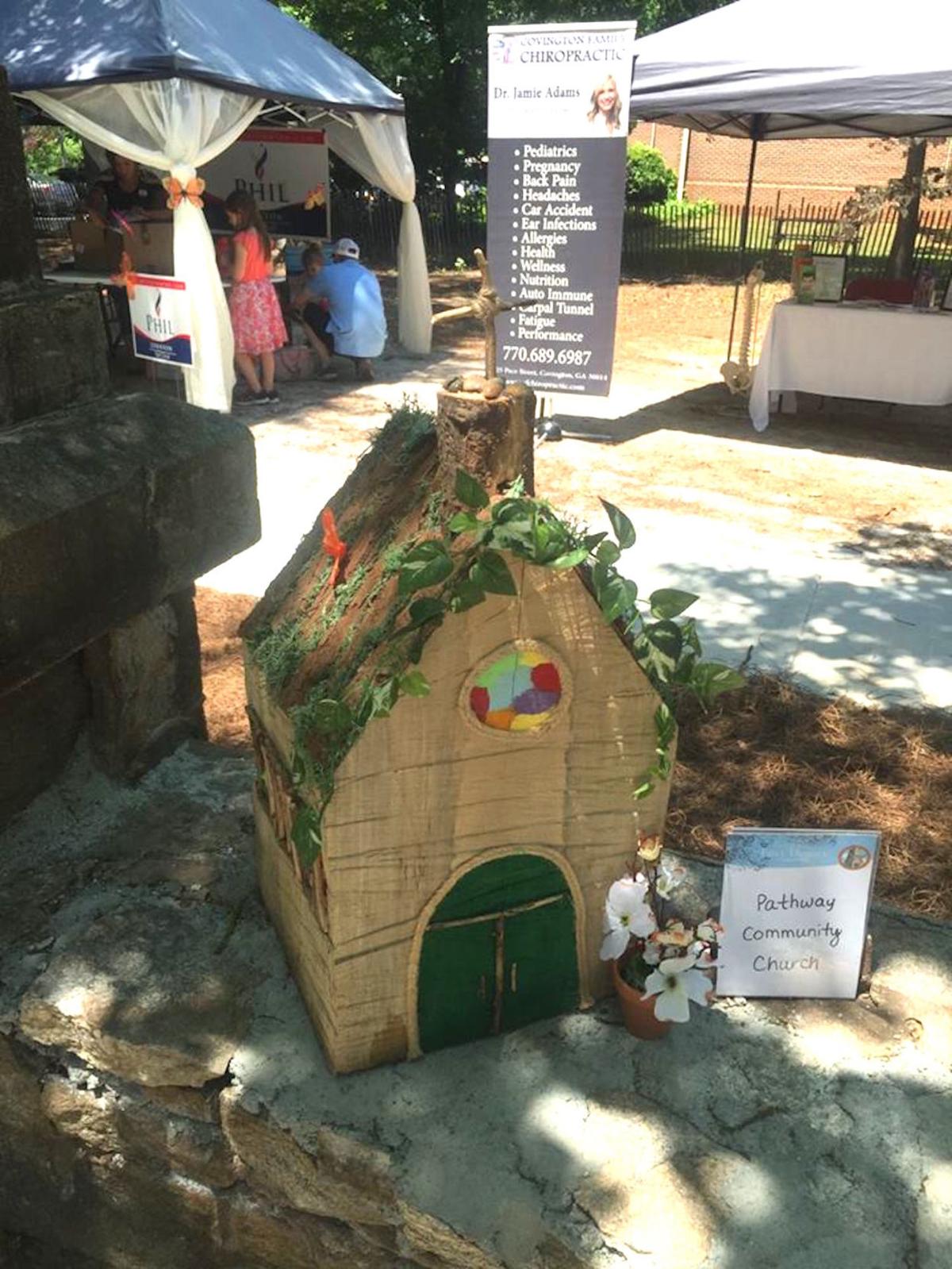 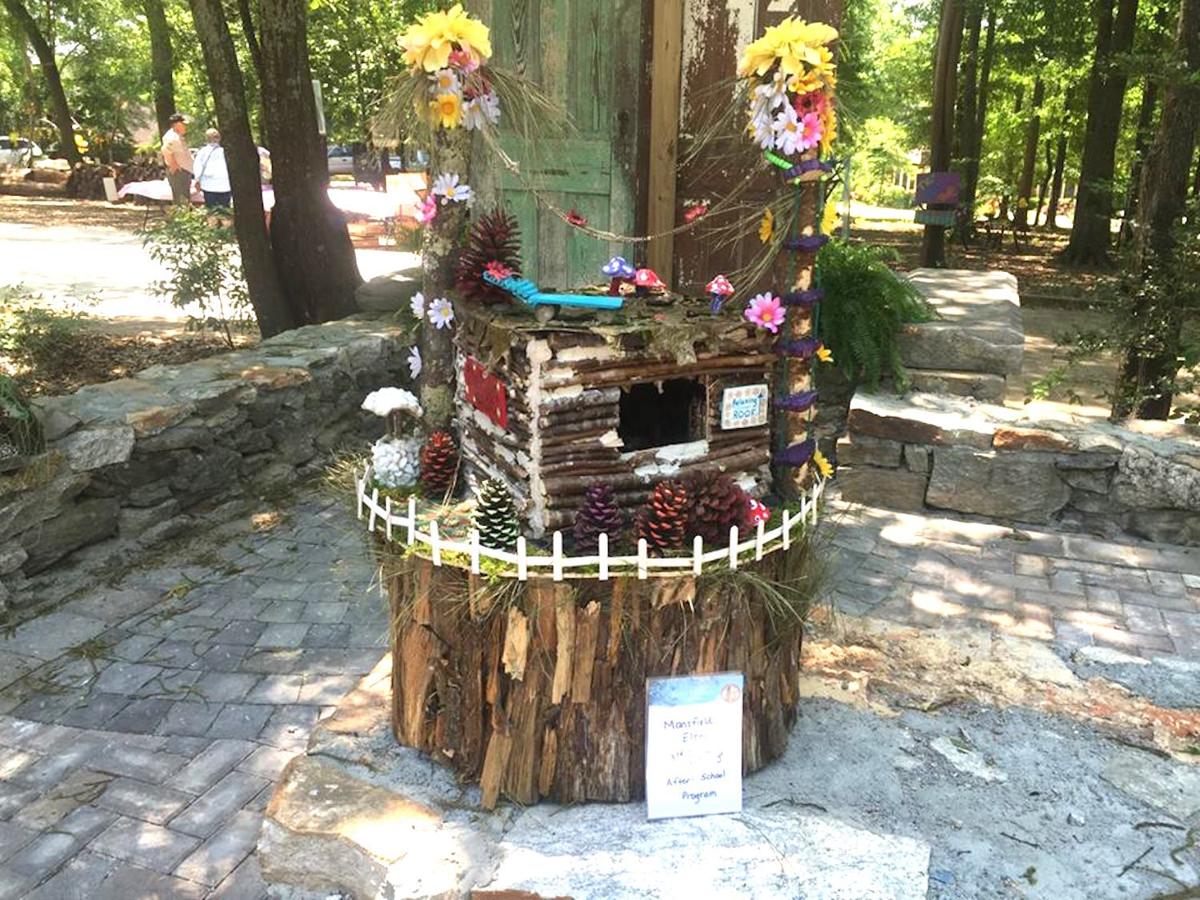 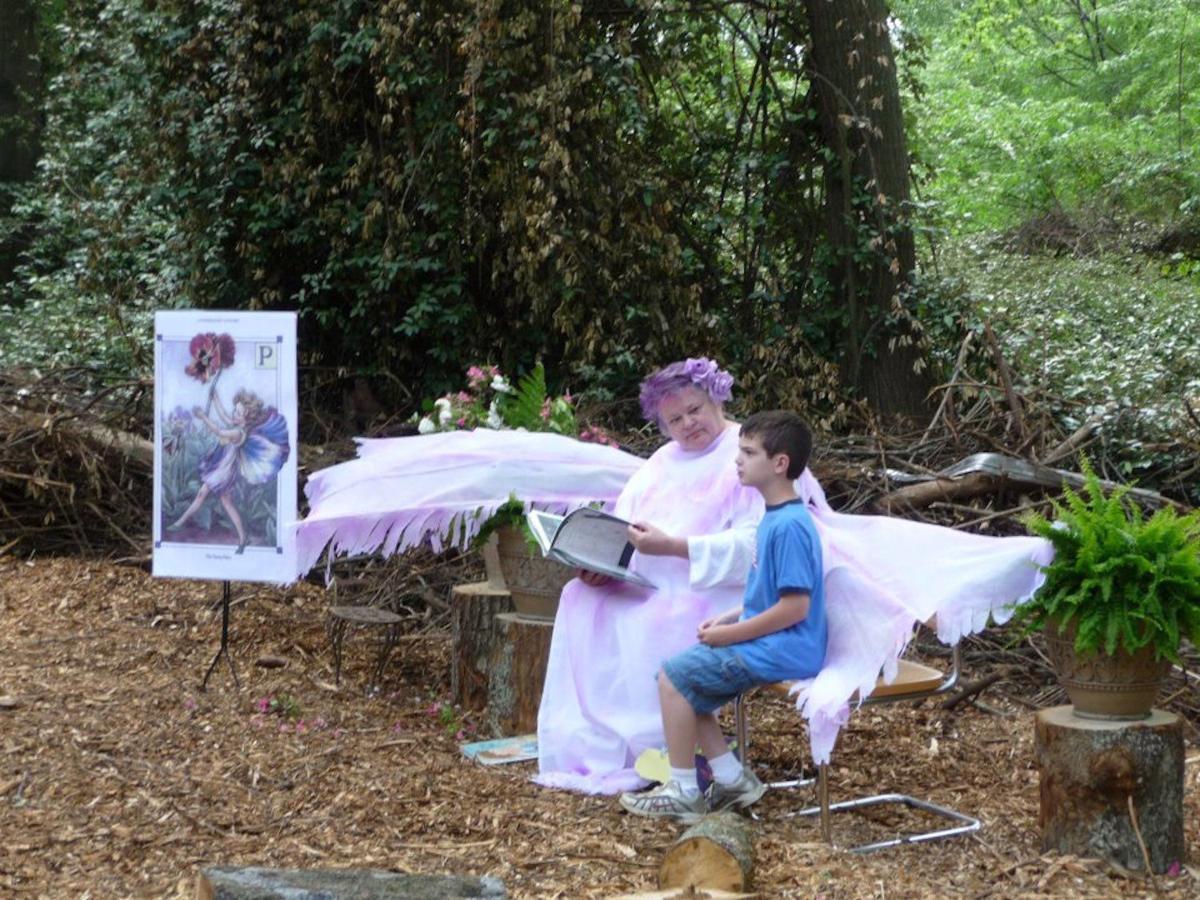 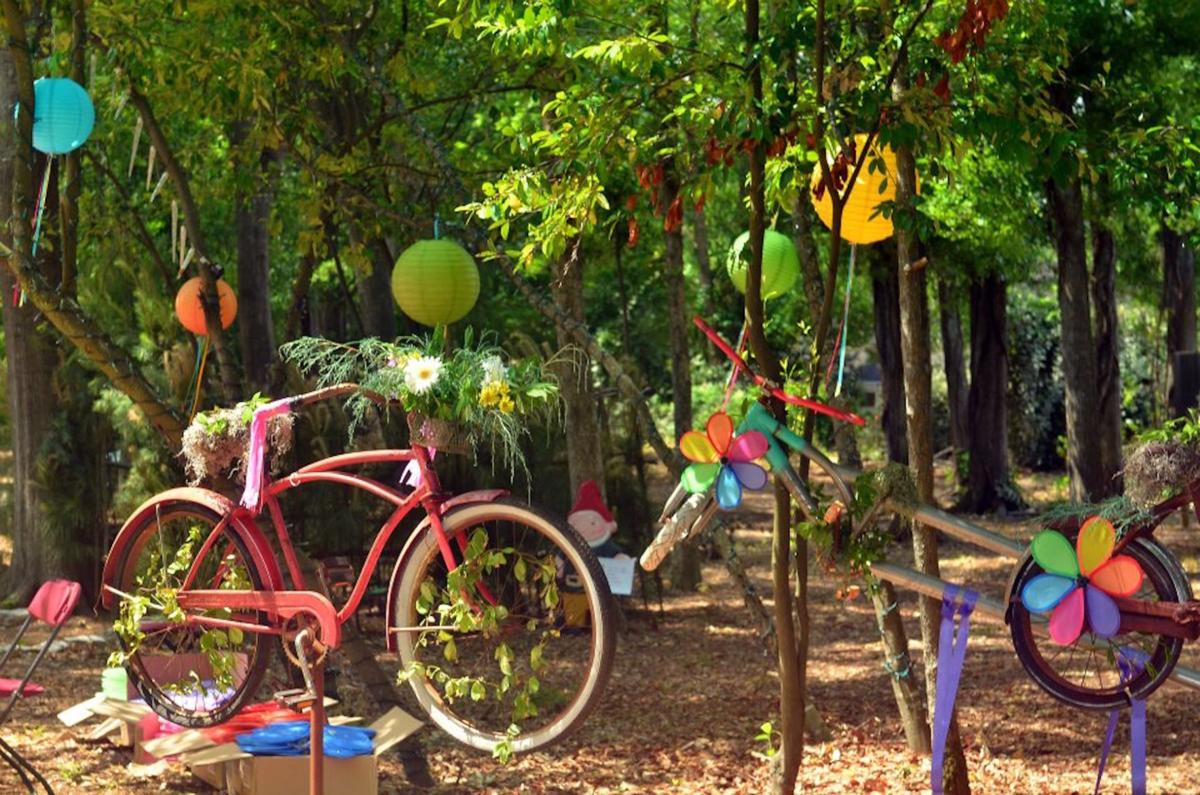 Among the goals for Chimney Park are Chimney Park to make the park universally accessible and protect the natural environment around it. (Special Photo) 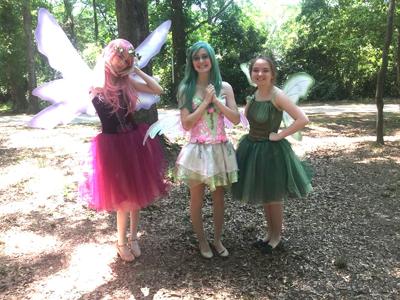 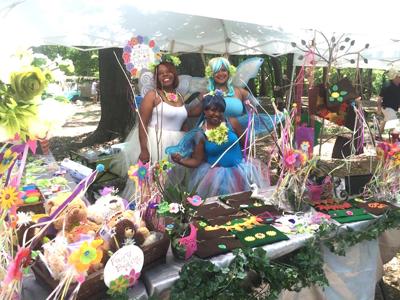 Fairy- and gnome-themed merchandise will be available for purchase at the Fairy House Festival at Chimney Park on May 5. (Special Photo)

Among the goals for Chimney Park are Chimney Park to make the park universally accessible and protect the natural environment around it. (Special Photo)

COVINGTON — One might not need to know a gnome, but knowing a gnome never hurts when one is nearing a fairy home. Gnomes and fairies aglitter will be in abundance at the upcoming Fairy House Festival at Chimney Park on Saturday, May 5, from 2-5 p.m. Tickets are $5 each, with children younger than 2 admitted for free.

Since 2009, this whimsical festival has brought out children of all ages — many in costume — to the 12-acre Newton County park to enjoy an afternoon of make believe.

“Chimney Park is truly a community treasure, and the park really comes alive at the Fairy House Festival,” Chimney Park board member Amelia Smith-Fazio said. “The charming attributes of the park are perfect to encourage visitors of all ages — both human and fairy — to come and enjoy all the beauty of the outdoors.”

Attendance has increased each year, and Smith-Fazio says the festival now draws upwards of 1,000 people. Special features this year include Bubble Man along with archery lessons, fairy arts and crafts, fairy house building, storytelling, bubbles, refreshments, games and much more. There will also be vendors selling fairy- and gnome-themed merchandise.

But the highlight of the day will be the fairy village where the fairies fly and the gnomes roam. Volunteers in the community make little houses and bring them to the park. Some houses are used every year while new ones are are expected to be added to the village again this year.

Smith-Fazio said organizers encourage volunteers to build the small houses for the village where festival participants sprinkle “fairy dust” to vote for their favorite house. One of the craft options at the festival is to create a “fairy door” for fairies to go into homes in the trees.

While the fairy houses are small because fairies are small, as Smith-Fazio explained, there is a larger fairy tunnel and a gnome home large enough for children and adults to walk through.

Each year, Chimney Park hosts two signature events. Twilights at Chimney Park features thousands of lights, storytellers and carolers during the Christmas season. The second major event is the Fairy House Festival the first Saturday each May.

“The festival was created to introduce the park to children,” Smith-Fazio said. “People were not aware that the park existed. A fairy festival was a perfect way to do that since part of our mission is to inspire imagination and creativity.”

Ticket costs are considered a donation to the park, Smith-Fazio said, adding that donations go toward improvements throughout the site.

“While the park is located on county property, we are entirely supported by donations and volunteers,” Smith-Fazio said. “The Friends of Newton Parks is the board of directors and we serve as active park volunteers and donors. Almost anything that happens in the park from trees being cut down to new features is entirely funded by community donations. A great example is the recent addition of the dog park completely funded by the Elder family.”

Sandy’s Dog Park at Chimney Park was built thanks to the Elder family with assistance from volunteers and donations. Remembered as a great friend to dogs, Sandy Elder loved dogs and all kinds of animals — even heating water for the bird baths in her yard during the winter. Her family said companions all her life were dogs — all black in color and each one bigger than the one before. All her dogs were named Tiny and friends say people would often ask her “What number Tiny are you on?” Elder unexpectedly died of an aneurysm at the age of 52. Sandy’s Dog Park at Chimney Park was built to remember Elder and to offer people and their dogs a place to enjoy the outdoors together.

The Friends of Newton Parks states its mission is to make Chimney Park universally accessible, protect the natural environment, preserve and develop the historical elements on the site, promote the park’s closeness to the Newton County Library and Physical and Mental Health facility and support development of the park through fund raising to ensure sustained evolution of the park and its long-term maintenance.

Described as an urban woodland, Chimney Park began with a dream to build an outdoor sanctuary attractive to families with children with special needs. That dream grew into plans for a park where people of all ages and abilities can connect with nature. The Friends of Newton Parks was formed to turn the dream into a reality as the organization works with the Newton County Parks and Recreation Commission toward the national goal of No Child Left Inside.

With a tag line that calls it a “Park with a Heart,” Chimney Park surrounds the ruins of a once fine Covington home. Local historians say the Martin-Patterson House was built between 1910 and 1918, and resembled the Lee-Porter House on Conyers Street in Covington. The house was built by E.G. Martin, son of a Presbyterian pastor, and his wife, Susie Eugenia Ramsey of Newton County, great-aunt to former Covington Mayor Sam Ramsey. The approach to the home followed what is now Ramsey Drive and was planted with oaks, some of which still stand today. The stately home featured a columned porch and was surrounded by cotton fields.

The home was later sold and through the years the house that featured two spiral staircases became empty and fell into disrepair. When the house burned to the ground in the late 1980s, it was thought to be the result of a careless squatter. Around that same time, Newton County acquired the property where only the granite foundation and one chimney remained. Friends of the park say it leaves observers to speculate about the daily lives, joys and tragedies that might have gone on in the old house and encourages imagination and discovery as people enjoy the grounds of Chimney Park.

Through its fund raisers and donations, Chimney Park volunteers have been able to complete work on the historic foundation of the old home where there is now a new deck and back patio. Work has also been done on the columns, as well as several other projects, including restoring the roof on the gnome home.

Chimney Park is located at 8201 Hazelbrand Road in Covington.

Beth Slaughter Sexton is a freelance writer based in Walton County. Contact her at bethslaughtersexton@gmail.com.

Stacker analyzes IMDb Idata to compile a list of  the 100 of the lowest-rated reality TV shows of all times. Click for more.

The digital world is built on advertising. How do we help kids navigate it?

More places in the US lift mask mandates. One local leader says the honor system is already not working

POLL: May is National Barbecue Month. Which BBQ sauce style is your favorite?