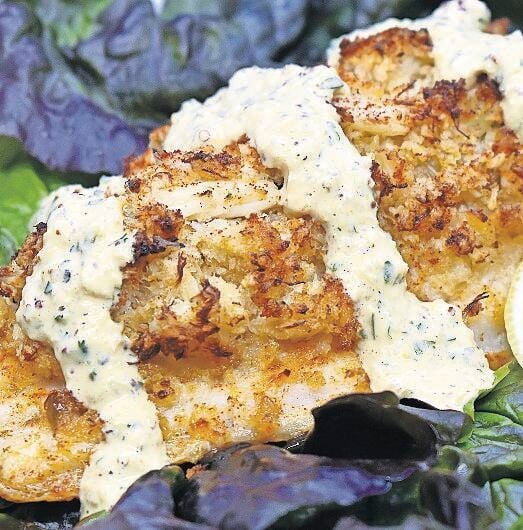 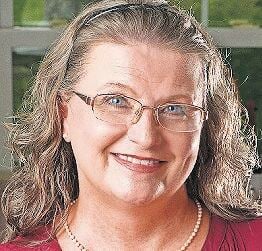 For a long time, any time I mentioned catfish, I’d get the usual comments: “It tastes muddy … it’s a bottom feeder.” But with the advent of farm-raised catfish, the tables were turned.

I enjoy preparing, serving and eating this versatile fish. Catfish is much more than the fried fish that is served at hundreds of restaurants. I love those golden fried pieces of deliciousness as much as the next person, but with a bit of extra prep time, you can impress your diners with this dish and receive rave reviews.

This recipe was originally published in the May 2014 edition of Southern Living. As I am inclined to do, I changed a few things. The recipe as written had the catfish fillets butterflied and then stuffed, and the top of the fish placed over the stuffing. Instead, I simply piled the delicious crab meat stuffing on top of the fish to bake.

• Salt and pepper to taste

Preheat oven to 425 degrees. Spray a large, rimmed baking sheet with nonstick spray. Pat catfish dry with paper towels and place on baking sheet. Spoon crab mixture down the center of each piece of fish.

Brush fillets with olive oil; sprinkle with paprika and desired amount of salt and pepper. Bake at 425 degrees for 20 to 25 minutes or until fish flakes easily with a fork. I like to plate the catfish on top of red leaf lettuce. Serve with Cajun Rémoulade Sauce, which is delicious on the fish and also as a dressing for the lettuce.

Rémoulade is a mayo-based sauce that originated in France. The addition of Cajun seasoning, Creole mustard and horseradish results in a great dipping or topping sauce that packs a kick. You can adjust the amount of hot sauce and horseradish if heat is not your thing. Don’t let the list of ingredients deter you. Most, if not all, of the ingredients you’ll probably have on hand. Simply add everything to the bowl of a food processor and less than a minute later, you’ll have what may be your new favorite dipping sauce!

Process all ingredients and salt and pepper to taste in a food processor for 30 to 40 seconds or until finely chopped. Serve immediately or chilled. Refrigerate in an airtight container for up to 3 days.

And here’s a bonus recipe idea! If you have any crab stuffing left over, use it as a filling for mushrooms. I cooked these in the toaster oven. Preheat the oven to 375 degrees. Clean the mushrooms with a damp paper towel. Remove the stems and place the mushroom caps on the baking pan. Drizzle with olive oil, sprinkle with salt and place in the toaster oven for 3 to 4 minutes. Remove from the oven and carefully fill the caps with the crab mixture. Give them another drizzle of olive oil and return to the oven. Bake another 4 to 5 minutes, or until the filling browns. Sprinkle with a little chopped parsley and serve with remoulade sauce.

Laura Tolbert, also known as Fleur de Lolly, shars recipes, table decor ideas and advice on her blog, fleurdelolly.blogspot.com. You can contact her at facebook.com/fleurde.lolly.5, on Instagram and fleurdelolly@yahoo.com.

Stacker dove into film history to compile data on 50 films set in ancient times, an era which spans from the beginning of human history to the fall of the Roman Empire in the fifth century. To qualify, the movie had to have at least 1,000 votes on IMDb. Click for more.

How doughnuts became so famous