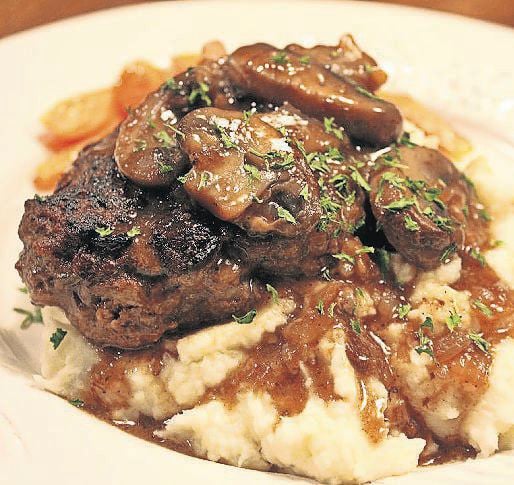 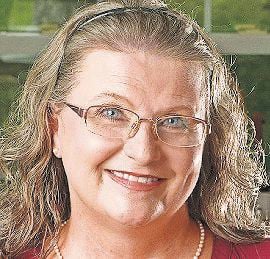 Salisbury steak with onion and mushroom gravy was a staple of “TV dinners” in the ’60s. This version is on an entirely different level.

I cooked these in a large Lodge cast iron skillet, and the tantalizing aroma from my kitchen would have made anyone ravenous. Comfort food does precisely that. It comforts us from the pressures and dramas of the outside world.

This dish was invented during the Civil War by Dr. James Salisbury, who prescribed minced beef for convalescing soldiers. During World War II, the recipe quickly became a classic in homes nationwide.

When served, the steak will be fork-tender, and the onions and mushrooms will be smothered in rich gravy.

Heat 1 tablespoon oil in a large skillet over medium-high heat. Add 1 cup onion and cook 5 minutes or until tender. Add garlic and cook 30 seconds. Remove skillet from heat. Pour onions and garlic into a small bowl and let cool.

Cook steaks in remaining 2 tablespoons oil in the same large skillet over medium-high heat for 3 minutes per side or until browned. Do not cook through. Remove from skillet to a platter or plate.

Add remaining 1 cup onions to drippings in skillet, and cook over medium heat 5 minutes or until tender. Add mushrooms and cook 3 minutes.

Whisk in flour and cook, continually stirring, for 1 minute.

Whisk in wine, broth and remaining 1/2 teaspoon salt and 1/2 teaspoon pepper. Bring to a boil, reduce heat to low and simmer, occasionally stirring, 5 minutes. Add patties back to skillet.

Place steak in the oven and bake, covered, for 25 minutes until done. Serve over mashed potatoes, rice or even riced cauliflower. Top with chopped parsley before serving.

Laura Tolbert, also known as Fleur de Lolly, has been sharing recipes, table decor ideas and advice for fellow foodies and novices on her blog, fleurdelolly.blogspot.com, for more than eight years. She won the Duke’s Mayonnaise 100th Anniversary nationwide recipe contest for her Alabama White BBQ Sauce. You can contact her at facebook.com/fleurde.lolly.5, on Instagram, and at fleurdelolly@yahoo.com.

Recipe of the Week: Chicken and rice with saffron, cumin

Everywhere in the world where people eat both chicken and rice, you'll find a one-pot dish like this that you can make in a single skillet.

This dish showcases seasoned and pan-sautéed flounder fillets served with a Mediterranean style pasta. Served in a silver chafing dish, this was an elegant meal that was ready to serve within an hour of beginning to chop the vegetables. This is an excellent meal to prepare for having people over for dinner. You also could forego the chafing dish and serve this dish family style from a communal bowl on the dining table.

Get recipes, food news, and Rockdale and Newton County restaurant updates delivered to your email inbox every week.

Sign up here for the Rockdale/Newton Citizen food newsletter.

Mystery meat: How to make use of that frosty hunk from the freezer

At a family gathering last summer, my wife’s mom asked me to cook some meat from a deer that my father-in-law had shot. It was his first, and nobody seemed to know exactly what to do with it. The flesh of said deer resided in a cache of unlabeled Ziplocs in a chest freezer in the basement.

Recipe of the Week: How to make a dairy-free fettuccine

It's hard to imagine making fettuccine Alfredo without butter or cheese, but that's just what Lisa Dawn Angerame did for her new book "Wait, That's Vegan?!"(Page Street Publishing, $21.99).

Most people recover from Covid-19. Here's why it's hard to pinpoint exactly how many