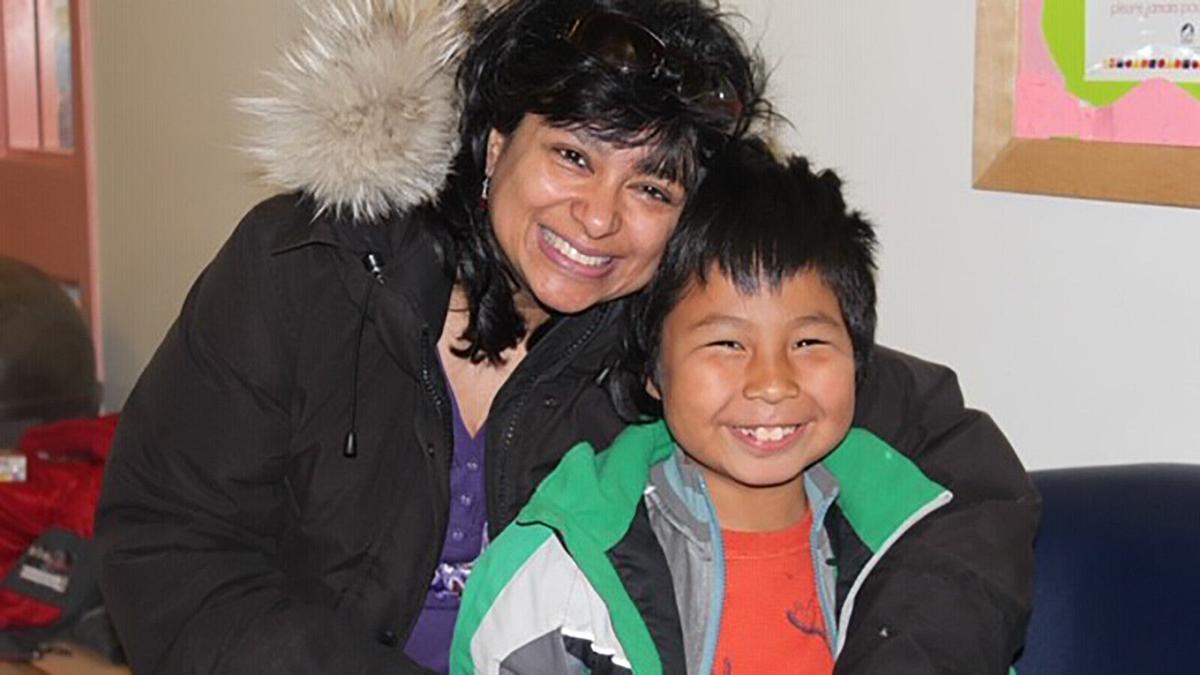 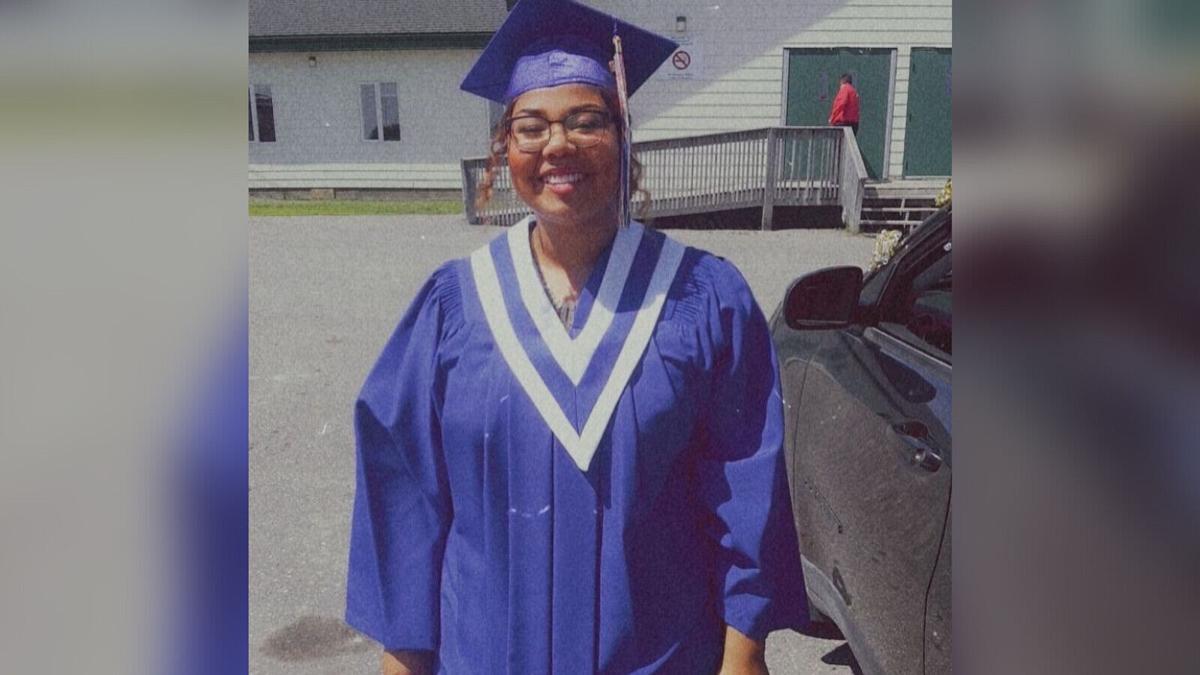 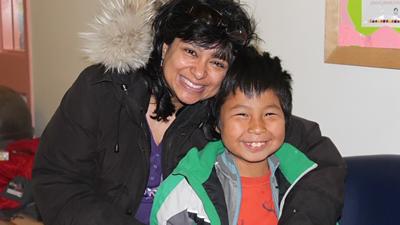 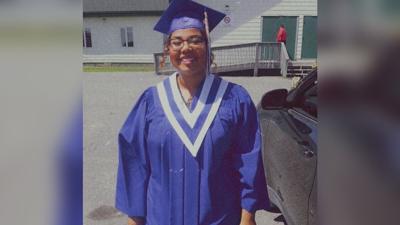 For Farrah Dixon, the words come slowly and reluctantly, a measure of both how she's been feeling during this pandemic, and how she'd prefer to never talk about it again.

"Sometimes I feel like mostly I'm on my own. I learned to be independent at a young age. And I'm not typically the kind of person who is going to reach for help, for that, perseverance, I try to do it myself first. I've always been an introverted girl so oftentimes it's difficult for me to open up and find the motivation," she told CNN from her home in Norway House Cree Nation, Manitoba.

Canadian teenagers on reserves were already at higher risk of suicide and depression before the unprecedented shutdown for Covid-19 in March. But then came the isolation, fear and -- for many teenagers like Farrah -- a feeling that life was tough enough before the pandemic.

"I was really confused, I didn't know how to handle it at first. It was my last year of high school, so I was upset I didn't get to spend it with my friends and have the senior year we all wanted," says Farrah.

"What really affected me was losing my grandmother a few months ago and I couldn't attend her funeral. I was 8 hours away, the roads were all blocked off, I was heavy-hearted and guilty because I hadn't been able to see her in months," she adds.

Canada has already been dealing with an epidemic among its indigenous youth. First Nations' children and teenagers have a depression and suicide rate more than 3 times the average for non-indigenous people according to government statistics

But the pandemic is adding a layer of risk to young indigenous lives and government officials tell CNN the impact on mental health may linger for years.

"Living in a reserve it gets depressing over time. You begin to feel isolated, you find yourself parting ways with your friends. It takes a huge toll on your health," says Farrah.

Indigenous peoples make up nearly 5% of Canada's population and for years their unemployment rate has been nearly double that of the rest of the population. For the nearly 1 in 4 indigenous youth living on reserve, disparities in educational and recreational opportunities are acute. Housing is inadequate on many reserves with some remote communities cut off from the rest of Canada for weeks or months during the year.

For Jennifer Simpson, the effect of the lockdown on her teenage son Coda was almost immediate.

Simpson told CNN that as a special needs child, explaining the pandemic to Coda wasn't possible. All her son knew was that the daily routines that brought him structure and safety were gone. No visits from support workers, no long drives through Norway House, no stopping to pick up a slushy at the local store.

"He's had a lot of anxiety issues here at home and is trying to cope where we're had to get our doctor to change the meds. He's been isolated at home and having trouble," Simpson said.

Within weeks of community shutdowns, Canadian government officials say mental health hotlines for indigenous youth were flooded with calls for counsellor support or emergency interventions. The calls came at a rate of about four times the pre-pandemic average they say.

Samantha Folster didn't need to hear the numbers to know that a crisis was brewing. Folster is also from Norway House Cree Nation and as a mother and grandmother she knows all too well how the vulnerability of First Nations' youth can devastate a community.

But her job now is more than 400 miles away in Winnipeg, and as a policy analyst for the Assembly of Manitoba Chiefs she is hearing from overwhelmed case workers and counsellors.

"I was kind of floored by the conversations, they really needed the support...it was very emotional for everyone," said Folster, describing a recent conference call where case workers and counselors described how families were feeling overwhelmed.

"The youth were having anger outbursts because they couldn't understand or deal with the pressure of being under quarantine," said Folster, adding that parents were also overwhelmed. "They had to be the behavior specialist, the speech therapist, the occupation therapist, they had to do all of that."

Throughout Canada, as schools and recreation centers closed, the void was most profound in remote communities and on reserves where schools and centers serve as a lifeline of social contact and care, especially for children and teenagers.

"The extra pressure of Covid-19 caused more depression and more anxiety in our young people because the education system wasn't available to them either. It's their haven for young people and it was taken away instantly," said Folster.

For months this year, children, parents and whole communities were left without the support they had fought so hard to establish.

Jordan was born with special needs in 1999 and died five years later in hospital without ever going home after government officials argued over who would pay for his home care.

Applied now to Covid-19, Jordan's Principle is supposed to ensure that First Nations' children receive the services they need and that there is equality in those services for them. A major component of that is supposed to be resources for mental health support.

And yet experts have warned for years that mental health support is inadequate, with at-risk youth still coping with intergenerational trauma, addiction, food and shelter insecurity and domestic violence.

"There are not enough mental health professionals at baseline to deal with the real issues that indigenous youth have experienced," said Dr. Anna Banerji, a pediatric infectious disease specialist at the University of Toronto.

"There are teenage Inuit friends on my Facebook feed and they're all saying, 'I don't want to live anymore', 'I'm so stressed out,'" warned Banerji, whose personal story is a striking reminder of the fragility of indigenous youth.

Her son, Nathan Banerji-Kearney, died by suicide in September 2018. He was just 14 years old and yet Dr. Banerji says even at that age he carried the trauma of what she calls the 'apartheid' against his Inuit heritage.

Banerji said it's upsetting to see the disparity in mental health support between indigenous and non-indigenous youth in Canada, even during a pandemic.

"It's extremely hard for them and then they look online and see people in other parts of Canada that 'have' things. It's really hard and stressful to be an indigenous youth in a remote or isolated community," said Dr. Banerji.

Indigenous communities across Canada have done what one government official described as a "magnificent job flattening the curve of the pandemic, with less than 500 positive cases nationwide. But the mental health of indigenous youth still hangs in the balance.

"We see the impact it has had on the mental health of the youth in our community," said Grand Chief Arlen Dumas of the Assembly of Manitoba Chiefs. "Unfortunately we are starting to see the effects of that isolation. I'm glad that we did it, but it has had some fairly significant and heavy impacts on our communities," he said.

Hundreds of millions of dollars have been spent by the Canadian and provincial governments with programs tailored to adhere to Jordan's Principle, to make sure indigenous youth do not suffer unduly during the pandemic.

But the Canadian government acknowledges it will take years to understand the mental health impacts of Covid-19 on indigenous youth.

"We continue to work to assess mental health needs and assure that mental health resources, financial, are deployed directly to the growing mental health concern which we still can't quantify entirely, or acknowledge really, acknowledge and measure the impact. And I think we won't know for years what that impact actually was," said Marc Miller, Canada's Minister of Indigenous Services.

Miller stressed the government understands how a possible second wave of this pandemic could further damage communities and is trying to design effective programs to mitigate the fallout.

"I feel the second wave would affect people more," said Farrah who is now trying to move forward with a university education that has also been upended by the pandemic, "We may not be able to fully prepare mentally for it on the spot."

50 fun things to do this fall (take your pick)