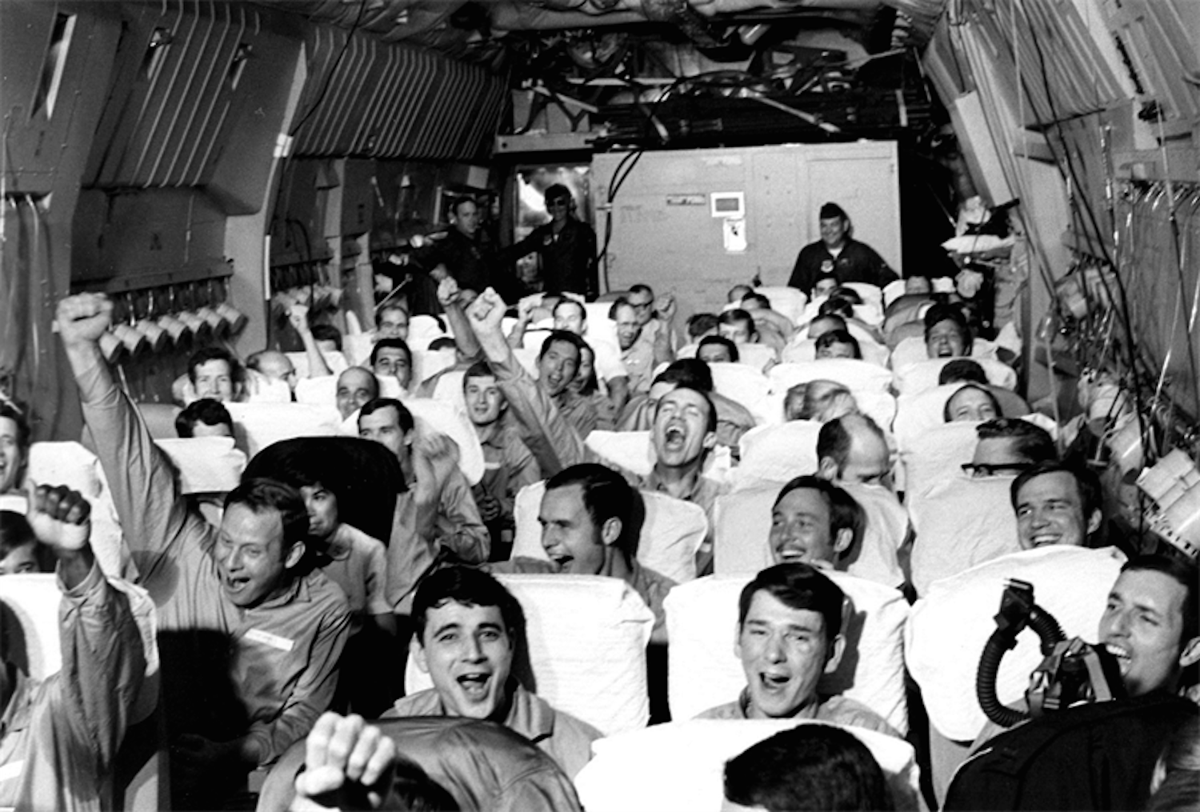 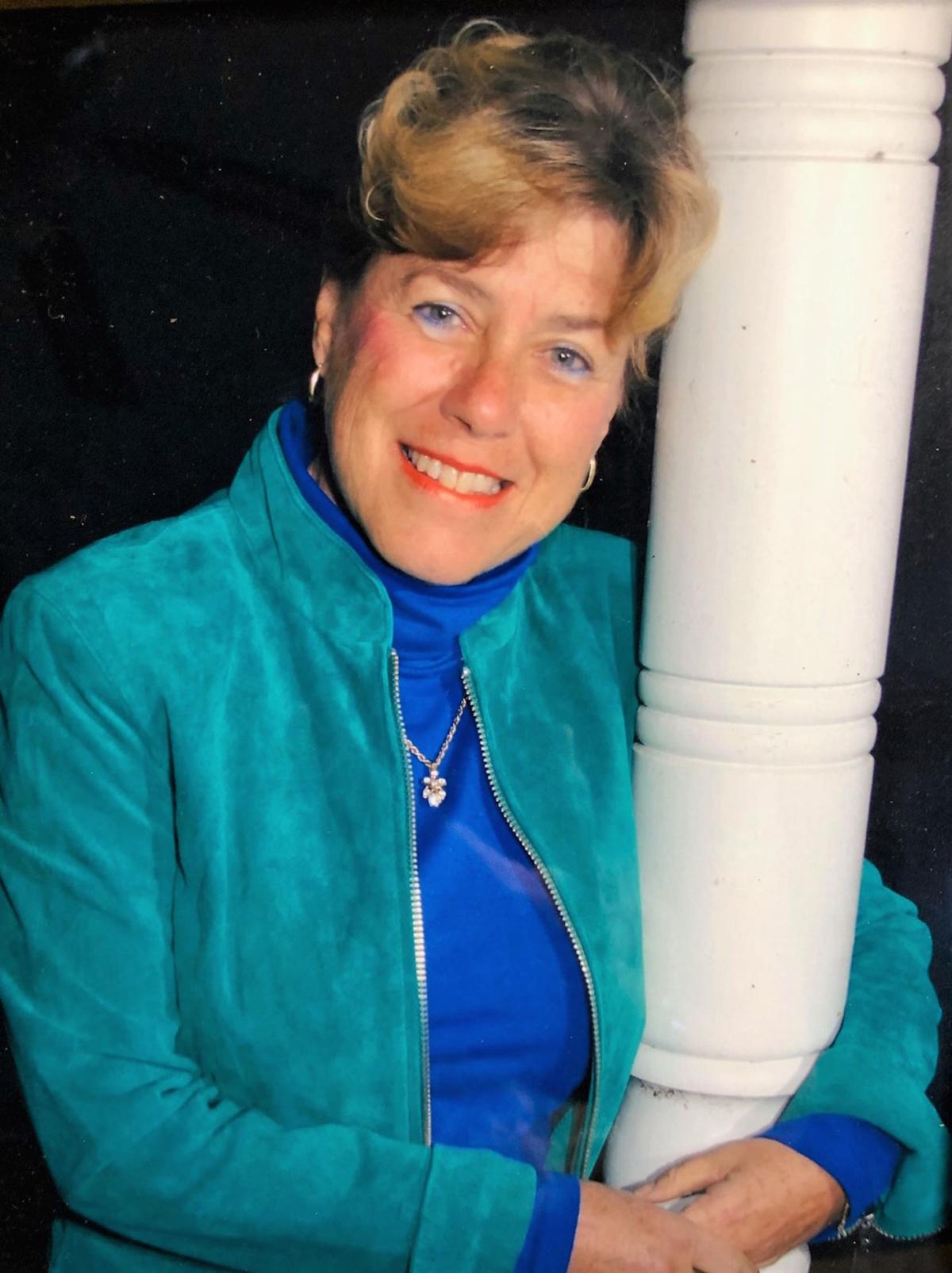 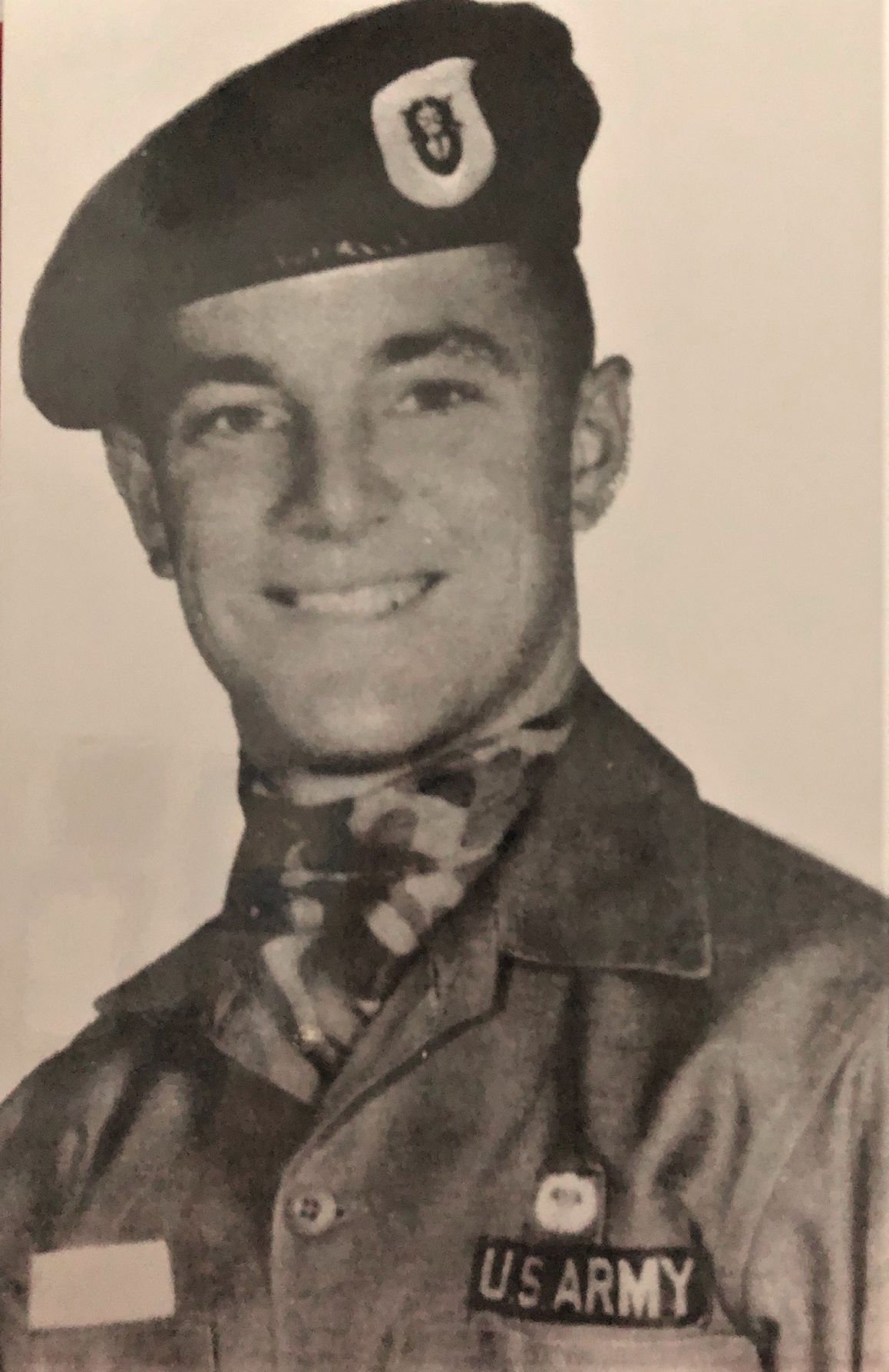 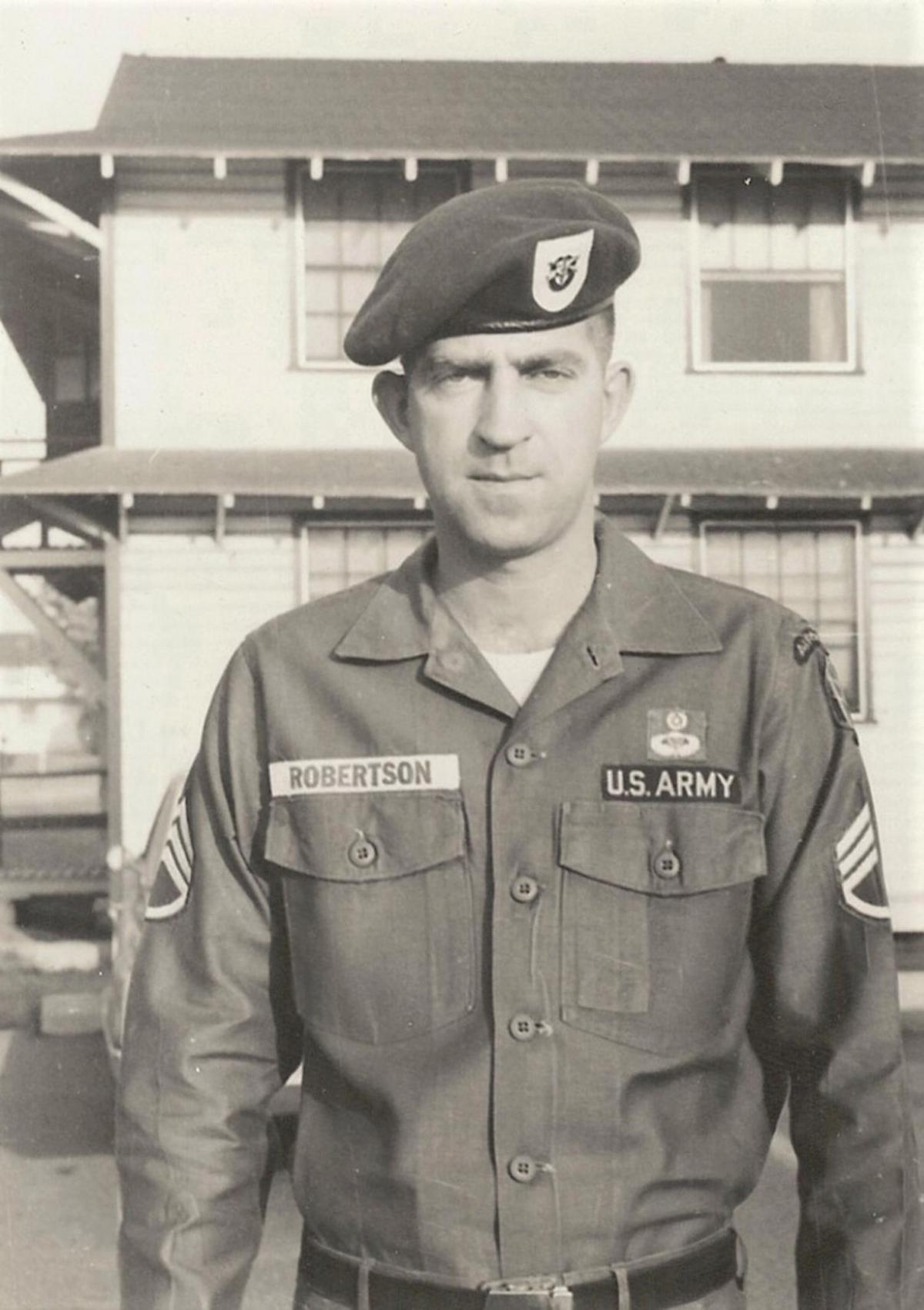 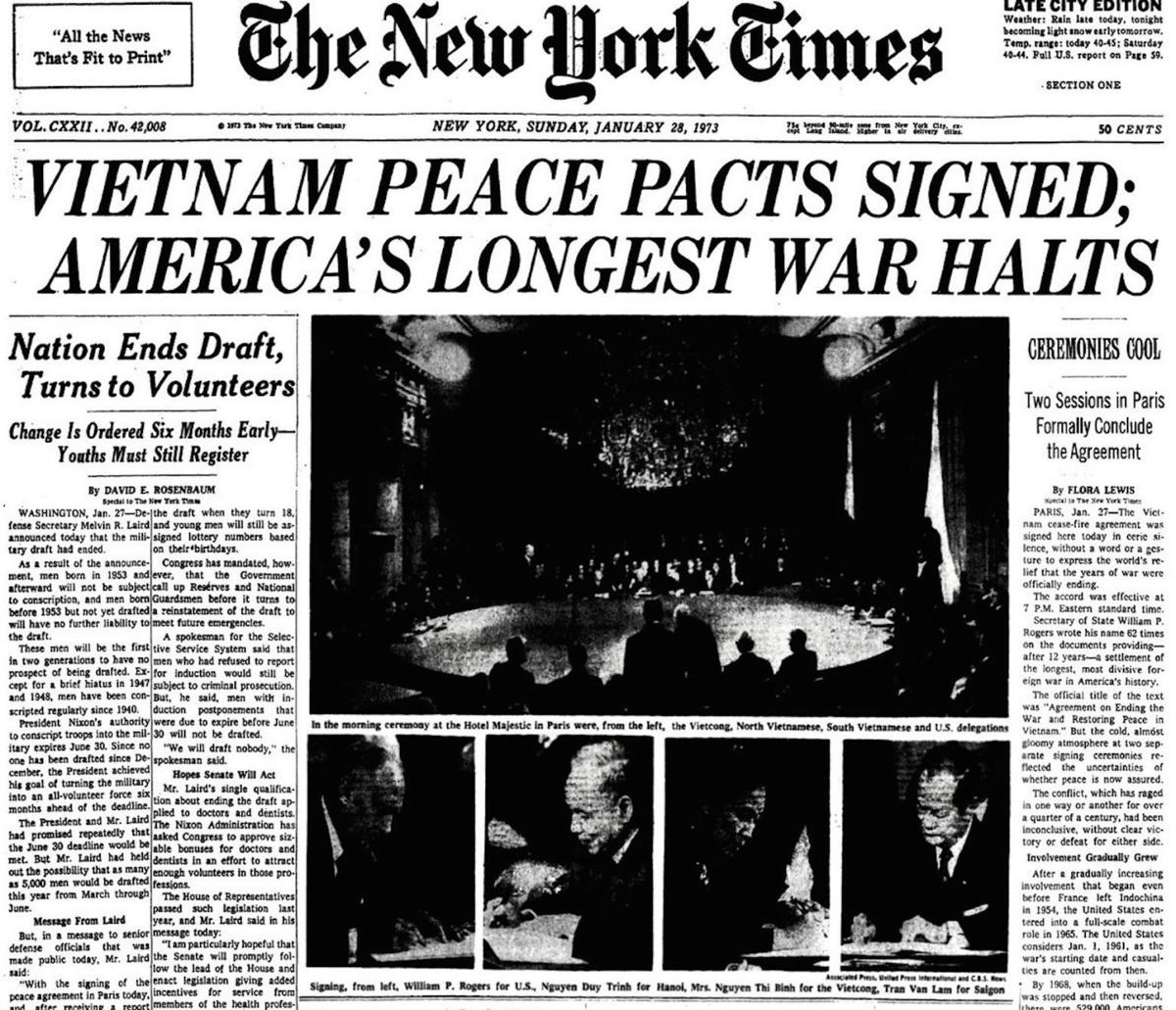 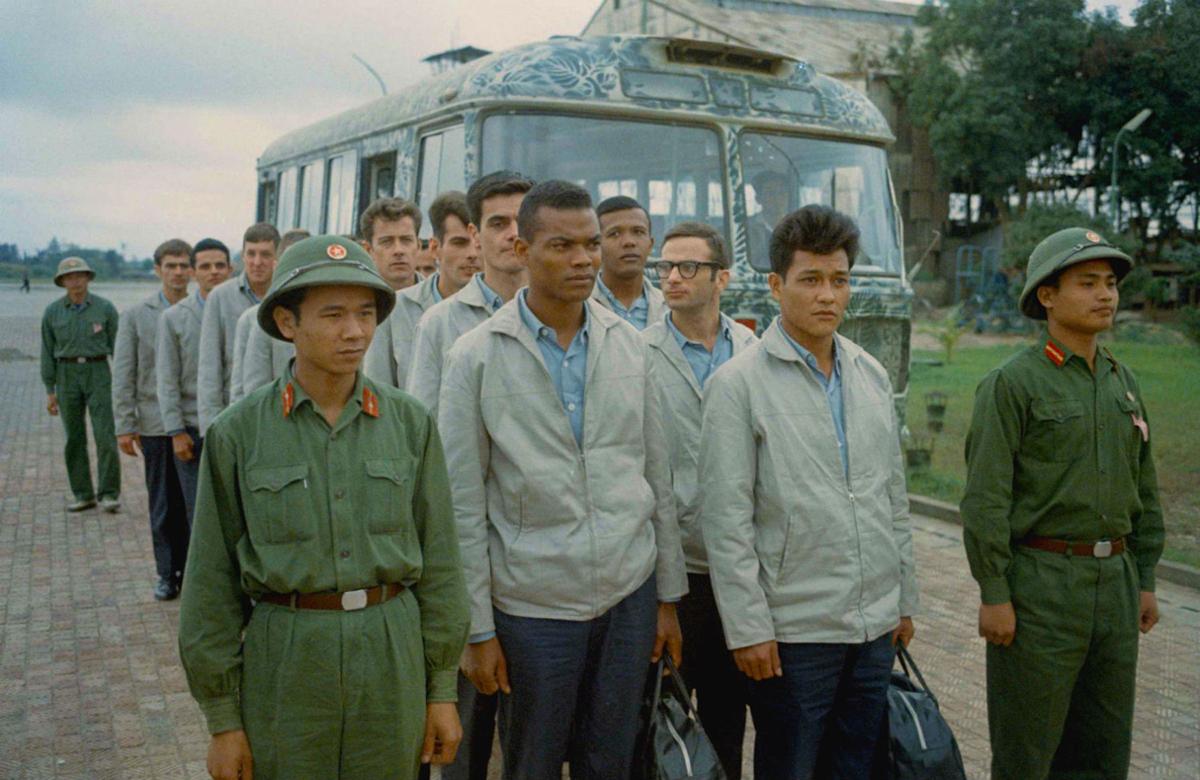 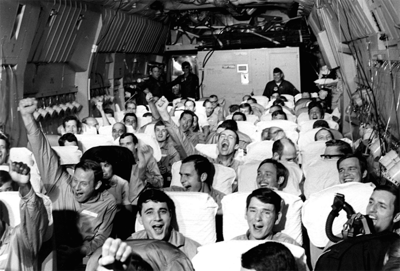 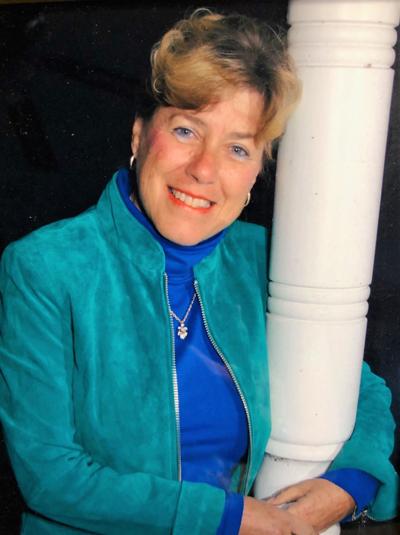 “Dying for freedom isn’t the worst thing that can happen. Being forgotten is.”

The Gilbert Islands in the West-Central South Pacific comprise 16 major atolls and islands. During World War II, a major battle raged on the small island of Betio in the Tarawa Atoll. On March 30, 2019, the remains of 30 U.S. Marines were discovered in a crude grave. In 2017, the remains of 35 Marines were unearthed. In the last decade, the remains of 272 Marines have been located. It is believed, 270 more are still missing on the atoll.

Dec. 8, 1950: As vastly outnumbered Marines continued their retreat (or as the Marines claimed “attacking in a different direction”) from the Chosin Reservoir in North Korea, engineers used two bulldozers to scrape out a massive makeshift grave the size of a basketball court near Koto-ri. There, the frozen bodies of 117 Marines, U.S. Army soldiers, Navy corpsmen, and British commandos, all wrapped in parachutes or sleeping bags, were interred. A chaplain said a few words, then the mass grave was re-covered with frozen earth. A Graves Registration officer had recorded the spot and coordinates in case the Marines should ever return. The remains buried at Koto-ri are still there.

The Great War, now recognized as World War I, witnessed horrific casualties on the Western Front due to trench warfare and outdated military tactics. On July 1, 1916, the Battle of the Somme took 57,470 British lives in one day. Near Verdun, the French erected a monument after the war for the over 150,000 soldiers believed to be “missing” in the area. Even today, French farmers continue to plow up the remains of missing warriors of all combatants in the fields of slaughter. America was lucky, if that’s the proper word to use, due to its late entry into the war: 2,913 American boys listed as MIA.

MIAs are even listed for the American Revolution — 1,426. The War of 1812 — 695. The Indian Wars – American, 11, and Native American, 40. The Spanish American War — 343. The Cold War — 343. I mention the above because an anomaly occurs during the American Civil War. POW/MIAs are listed as one: 194,743 for the North; 214,865 for the South. Sloppy records, plus the nature of the Civil War, left much to be desired in the realm of Mortuary Affairs, which didn’t exist. Considering the fact that dog tags weren’t issued by the U.S. Army until 1906, it’s a small wonder that any remains were identified pre-World War I.

Now, the War in Vietnam.

A few stunning facts: The Paris Peace Accords ending American involvement in the wars raging in Vietnam and Southeast Asia was a textbook example of a nation negotiating from a position of weakness. That nation was the United States of America. It goes without saying, especially in the waning days of our role in the war, that we still maintained the military might to send the Communists of North Vietnam back into the Stone Age. Nixon’s decision to send our B-52s to carpet bomb North Vietnam got the communists to the negotiating table. The destruction and power displayed by the heavy bombers made the communists second-guess their strategy of “outlasting” the Americans.

President Nixon was in the political quagmire of the Watergate scandal, the country was dangerously divided by the Vietnam War, and Nixon’s secret plan to end the war had to be realized less the country spiral into further chaos. Thus, our principal negotiator, Dr. Henry Kissinger, caved-in on terms that should have been non-negotiable. The most emotional term thrown away was the POW/MIA issue.

Without rehashing the entire talking-points disasters by Nixon and Kissinger, at the conclusion and signing of the Paris Peace Accords, the North Vietnamese finally agreed to release 591 Americans held in captivity, 566 military and 25 civilian. They did not, however, agree to account for any POW/MIAs held in Laos or Cambodia. In fact, no representatives from Cambodia or Laos participated in the peace talks.

According to U.S. records, 317 American military men remained unaccounted for in Laos. U.S. military leaders and Intelligence Community experts expected at least 41 servicemen lost in Laos to be returned. The North Vietnamese only turned over 10, seven military, two U.S. civilians, and one Canadian. Nixon even sent a message to the North Vietnamese Prime Minister complaining that “this is inconceivable!” So, the nagging question remains: Did we leave American POWs in Southeast Asia?

I had access to Intelligence files and briefings. I know of only one American soldier left in Southeast Asia, yet he was not considered a POW, but definitely considered MIA: he was a deserter. According to the Intelligence file, we had reliable confirmation the soldier had deserted and was living with a girlfriend/wife in a remote village in southern Laos near the Cambodian border. That’s all I know. With the war still raging and the village located in enemy territory, I doubt seriously if any attempt was ever made to recover this young man.

Two former Defense secretaries, Melvin R. Laird and James R. Schlesinger, testified that “it was common knowledge among officials that Hanoi (North Vietnam) had not completed its promised accounting for servicemen known to be alive in captivity, but who did not return in prisoner exchanges.” It must be said, however, that vague responses from officials in the years that followed, and even today, are attempts to not give “false hopes” to loved ones.

Such is the case of Green Beret Sgt. John Hartley Robertson, shot down in a helicopter on May 20, 1968. A rescue mission was impossible; therefore, Sgt. Robertson was listed as MIA. Sgt. Robertson was found alive 44 years later living with his “wife” in a remote village. At 76 years of age, hunched over with failing memory, Robertson could not remember the name of his wife and two children back home in Alabama. He could not speak one word of English, only Vietnamese. Yet, he was explicit concerning his captivity and treatment by his enemy masters during the war. He was interviewed by a missionary who believed his tale. Emmy-winning documentary filmmaker Tom Faunce produced a documentary entitled “Unclaimed,” which was shown at a film festival in Toronto, and a tearful on-camera reunion was arranged with Robertson’s sole surviving sibling, a sister, 80-year-old Jean Robertson-Holly.

She said of the meeting, “I was certain it was him in the video, his head and the look in his eyes, there is no question that was my brother.”

However, the sister, Jean Robertson-Holly refuses to accept the results and is convinced that the man in the video is her long-lost brother. Robertson also applied for back pay, which was denied. It was later discovered this gentleman had claimed to be several missing American soldiers. Stolen valor at its absolute worst.

For assistance in writing this article, I interviewed one of my favorite people: Susan Stephens, Region One coordinator for the National League of POW/MIA Families with a 14-state responsibility. She works closely with veterans advocate and nationally known Vietnam veteran, Tommy Clack. Stephens is a retired Cobb County teacher, a resident of Savannah, and sits on the Board of Directors for the 8th Air Force Historical Society. Her brother served as a trauma surgeon at Cam Ranh Bay while stationed in Vietnam.

Susan, why do you do what you do?

“Well, my ex-husband’s brother, Stephen Jonathan Geist, was a Green Beret, shot down in 1967 while flying as an observer on a O-1 Bird Dog (Cessna L-19 observation aircraft, ‘Bird Dog’ was a nickname given the aircraft in a contest for Cessna employees) near the Cambodian border. They searched the area where the plane made the last contact with the tower but found nothing. But six years ago, two witnesses were found that saw the plane crash, then two more witnesses, villagers actually, were found that buried Stephen and the pilot. The villagers wrapped their bodies in plastic so hopefully decent remains will be found.”

So, the burial site has been located?

“Almost. Search parties have gone back into the area three times, and in November they’ll be going back in with metal detectors. Once the area was thick jungle; now it’s a rubber plantation. The entire area was bulldozed, so what was jungle back then is now a rubber tree plantation. The land in 1967 is not the same today.”

Then you continued your work even after a divorce?

“Of course. Just because a marriage fails doesn’t mean you walk away from everything. I am now Stephen’s primary next-of-kin and power of attorney.”

Have you been to Vietnam?

“Not yet, but I am planning on going when Stephen’s remains are recovered. God will bring him home when he’s ready. We don’t have much time left because the acidity of the Asian soil will eventually destroy even the bone fragments of our MIAs in Vietnam. After that, we’ll have to rely on metal detectors.”

“It’s been a struggle for years, but if it had been my brother, I would be doing this anyway. I’ll be doing this until I take my last breath. These boys need to come home. When I taught the first and second grades in Marietta, every Veteran’s Day the last five years before I retired the whole school walked with me in the Veteran’s Day parade in downtown Atlanta, all the kids and their parents. I still hear from those kids. I’m just a little simple person, but my work is from the heart.”

“My work is from the heart.” People like Stephens keep hope alive for thousands of families and loved ones who are still in limbo, still waiting for that one phone call or maybe that one visit from a government representative, or perhaps a call from Stephens. In my research and storytelling, the most difficult of narratives for me to relate are the ones about the MIAs, those soldiers who are, in a sense, still at war, and in too many cases, forgotten. I sincerely pray that Green Beret Stephen Jonathan Geist is one day returned home, and as Stephens pointed out, the last name of Geist in German, means ghost. May Stephen no longer be that ghost.

“For some, their fate still remains in question, …To those families and friends of our missing in action, we vow to continue efforts to locate, recover, and bring their loved ones home. Whatever the cost, however long it takes, and wherever it takes us, these American heroes will come home.”