As unprecedented stimulus efforts move through markets, banks face growing pressure from clients to say when risky assets could reach their low point. But Wall Street's top players can't agree on an answer, with limited ability to predict the path of the virus and efforts to contain it.

One view: Governments are unleashing trillions of dollars in spending, and such assets could soon stage a comeback.

John Normand, head of cross-asset fundamental strategy at JPMorgan, told clients on Friday that the "conditions we had set for markets to stabilize then revive" have "mostly been met." The bank was looking at factors including infection rates, market pricing and the amount of fiscal stimulus announced by governments.

He noted that "the missing criteria is a convincing deceleration in COVID daily infection rates."

But enough has changed, he continued, to "justify adding risk selectively."

Normand said that most risky markets, with the exception of oil and some emerging market currencies, "have probably made their lows for this recession."

Goldman Sachs, meanwhile, is advising clients that the S&P 500 "will turn lower in coming weeks," and that in order for the index to sustain a rally, there needs to be a slowdown in the spread of the virus, evidence that fiscal and monetary policy stimulus is working and slowing selling pressure.

"If the worst is indeed behind us, it would mark the fastest and most volatile bear market decline on record," chief US chief equity strategist David Kostin told clients on Friday.

He pointed out that between September and December 2008, the S&P 500 experienced six bounces of 9% or more, with some gains as large as 19%. But the market didn't reach its bottom until March 2009, "when the pace of economic contraction began to slow."

Why it's hard: Banks can only foresee so much, and there are plenty of mixed signals about how soon the global economy can get up and running again.

See here: US President Donald Trump announced Sunday that social distancing measures would be extended at least through April 30 after suggesting the country could reopen by Easter.

As the number of coronavirus cases continues to climb worldwide, putting pressure on hospital systems that are running low on items such as ventilators, automakers are stepping up to procure crucial supplies and develop new products to ease the shortage.

One example: Mercedes' Formula 1 engine manufacturer has teamed up with clinicians and university engineers in London to design a breathing aid that can be quickly mass produced, my CNN Business colleague Charles Riley reports. This could help reduce the need for seriously ill coronavirus patients to be placed on ventilators.

The Continuous Positive Airway Pressure (CPAP) device was designed in fewer than 100 hours.

In the United States, GM is making ventilators in partnership with Ventec Life Systems, despite a spat with the Trump administration over the contract. Trump invoked the Defense Production Act on Friday to require GM to produce more ventilators — but on Sunday shifted to praising the company.

Other automakers are stepping up, too. Ford is working with 3M and GE Healthcare to produce medical equipment and protective gear. Toyota is finalizing agreements to begin working with at least two companies that make ventilators and respirators.

But switching from cars to medical equipment isn't so easy, according to CNN Business' Jackie Wattles and Peter Valdes-Dapena. Ventilators use sophisticated software and specialized parts, and companies that seek to manufacture them face several hurdles — including intellectual property rights and the need for specially trained workers.

US oil dips below $20 per barrel as pressure continues

Pressure on oil prices is only getting worse as the collapse in demand deepens and the price war between Saudi Arabia and Russia drags on.

US oil futures briefly dropped below $20 per barrel on Sunday after Trump's announcement that social distancing guidelines would be extended through the end of April.

Bjornar Tonhaugen, head of oil markets at Rystad Energy, a consultancy, told clients Monday that oil slipped to 17-year lows as it became clear that demand for energy would stay weak for at least another month.

The ongoing fight between Saudi Arabia and Russia doesn't help. Reuters reported last week that Russia was seeking talks to end the standoff, which has led to a supply glut. But a Saudi official said Friday that the talks weren't happening, despite rising pressure from Washington.

US pending home sales for February arrive at 10 a.m. ET.

Coming tomorrow: How confident were US and UK consumers in March? Data arrives tomorrow — though it may not fully reflect the impact of the coronavirus and related shutdowns. 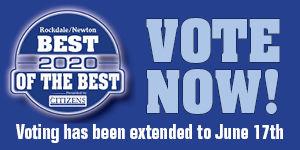 ARMSTRONG-REINER: How long will we remain silent in the face of injustice?

ARMSTRONG-REINER: How long will we remain silent in the face of injustice?