Log In Sign Up
You are the owner of this article.
Edit Article Add New Article
You have permission to edit this article.
Edit
Home
News
Sports
Obituaries
Opinion
Features
Community
Submissions
Classifieds
e-Edition
Help

Johnson & Johnson's Covid-19 vaccine gets emergency use authorization from FDA 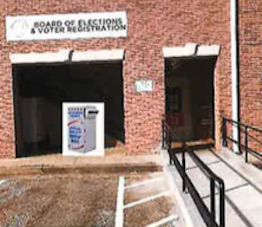 The photo shows the anticipated location of a ballot box at the Rockdale County Elections Office. 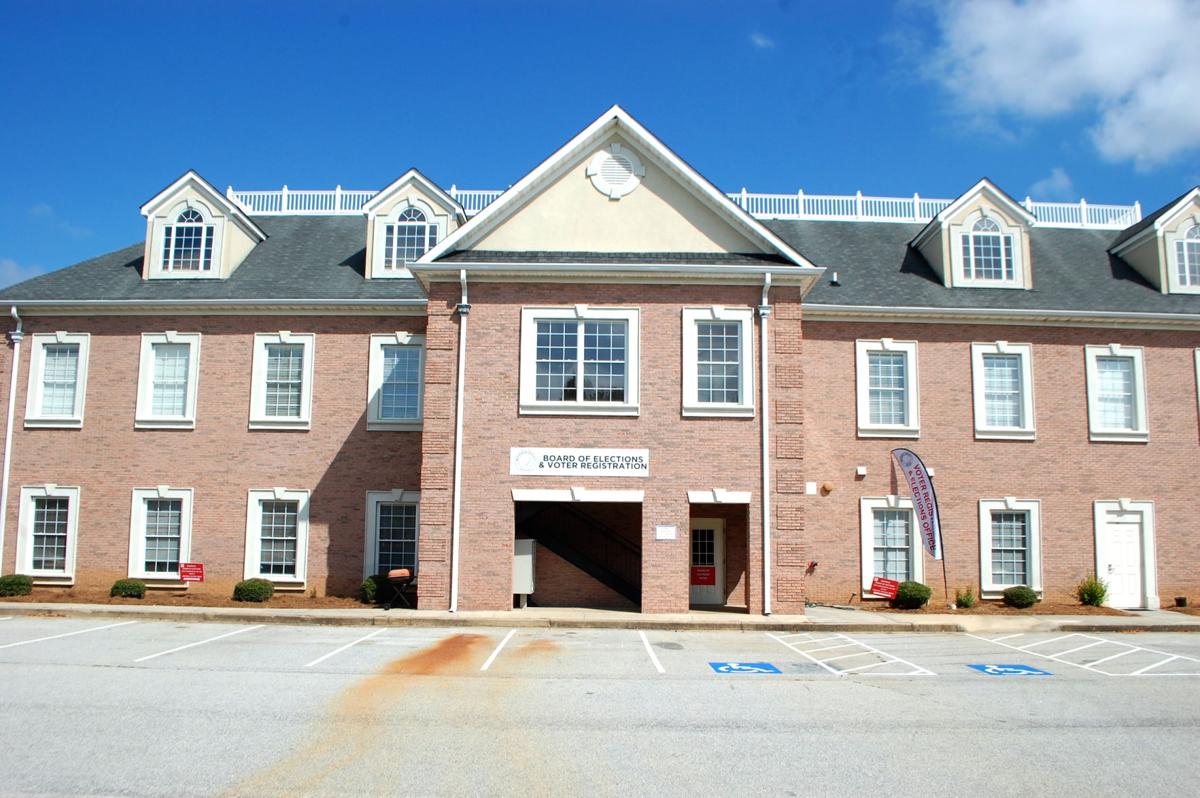 The Rockdale County Elections Office is located at 1261 Commercial Drive SW, Suite B, in Conyers. 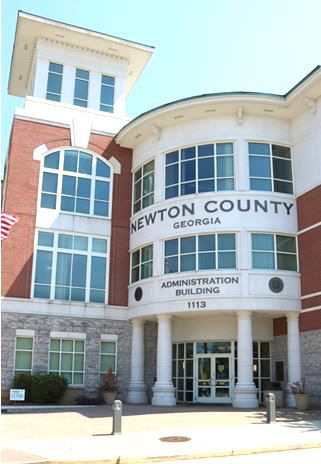 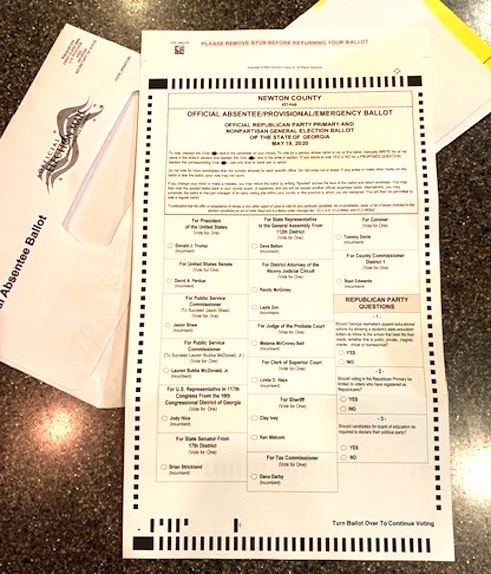 A look at one of the Newton County absentee ballots. 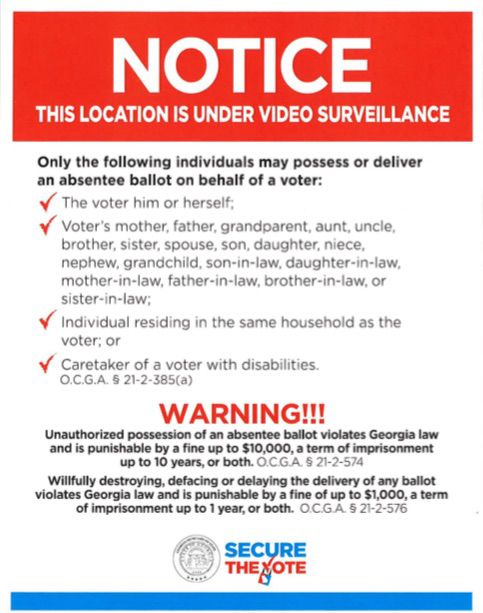 This notice will be placed on the ballot drop-box explaining who is allowed to drop off ballots.

The photo shows the anticipated location of a ballot box at the Rockdale County Elections Office. 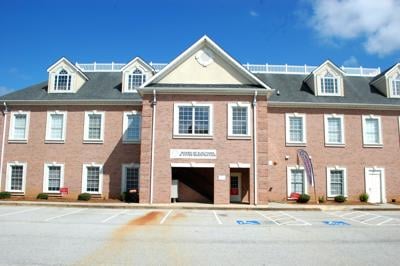 The Rockdale County Elections Office is located at 1261 Commercial Drive SW, Suite B, in Conyers.

A look at one of the Newton County absentee ballots.

This notice will be placed on the ballot drop-box explaining who is allowed to drop off ballots.

Voters can mail their ballots in, or if they prefer — thanks to the state elections board — will soon be able to drop their ballots into special ballot boxes outside county election offices.

On April 15 the state elections board passed an emergency rule to allow counties to have ballot drop boxes for voters who will be dropping off their ballots.

Newton County Elections Supervisor Angela Mantle said their ballot drop-box will be installed outside the Newton County Administration Building at 1113 Usher St. in Covington and will have security cameras monitoring it.

Mantle said they have the box ordered and expect it to arrive next week and be installed.

At a called meeting on April 29, the Rockdale County Board of Elections approved purchasing a ballot box and three security cameras for $6,000, with a grant from the Secretary of State’s Office reimbursing part of the costs. The box will be placed outside the elections office at 1261 Commercial Drive SW, Suite B, in Conyers and should be in place by May 5.

“Several voters who have already received their ballots have indicated they will be dropping off their ballots,” she said. “The only method that we have right now, because we are not open to the public, is for the voter to slide the ballot under the door.”

Willingham added that the state has several requirements counties have to meet in order to have ballot boxes.

“Some of the rules include the drop box can only be located at a county or municipal office or government complex, the ballots have to be removed every 24 hours, and on Election Day at 7 p.m., we must collect the ballots out of the ballot box,” Willingham said. “We must always have two people with the ballots and they will be required to take an oath. They will also be required to fill out a ballot transfer form, which will contain the number of ballots removed from the ballot box that day and the time, and the registrar will sign the form when receiving the ballots.”

One key requirement is for counties to be able to visually monitor the ballot box.

“We will be required to have video security cameras recording the ballot box in adequate lighting, and the ballot box will have to be mounted on a immovable surface,” Willingham said. “No individual will be able to collect massed ballots from voters and drop those ballots off into a drop box. That is the purpose of the video cameras and if that is found, then that person would face state election board action.”

Willingham said they plan to have three cameras mounted; one pointing directly at the ballot box, and two covering the entrance and exit to the area so traffic can be monitored coming and going and tags of suspicious vehicles can be seen.

“The monitoring will be 24 hours, and the video recorder we’re looking at will send a message to our phones to alert us of anything suspicious,” she said. “We are also going to ask the Conyers Police Department to monitor the box after hours for us. I’m not sure if they will be able to place an officer back here overnight, but at least drive by every hour and look for any suspicious activity.”

Willingham said family members, individuals residing in the same house with a voter, or a caregiver are allowed to drop off ballots for voters, but not someone going around collecting ballots.

“You can drop off another person’s ballot, but this deals with a person going around and collecting voter ballots, for example, someone coming in with 20-25 ballots,” she said. “That is considered harvesting and that is prohibited by law.”

Board member Karen James asked if voters will be able to drive up and drop off their ballots.

Willingham said because of the planned placement of the box away from the curb, voters will have to get out of their car to put their ballot in the box. She added that the box is designed so no one can pour any liquids in the box or fish anything out of the box.

James asked if the ballot box will be used just for the June 9 primary.

Willingham replied that she believes the ballot box may also be needed for the fall election.

“I do believe we will need it for November if what is being projected is correct,” she said. “Coming this fall we will maybe dealing with another round of COVID-19 and definitely need to be prepared.”

The board voted unanimously to approve purchasing the box and cameras. Willingham said they hope to have them installed by May 8.

With Ashli Babbitt Killing Shrouded in Mystery, Capitol Officer Who Shot Her Is in Hiding for His Own Safety

2 people injured in a 30-vehicle pileup in Montana