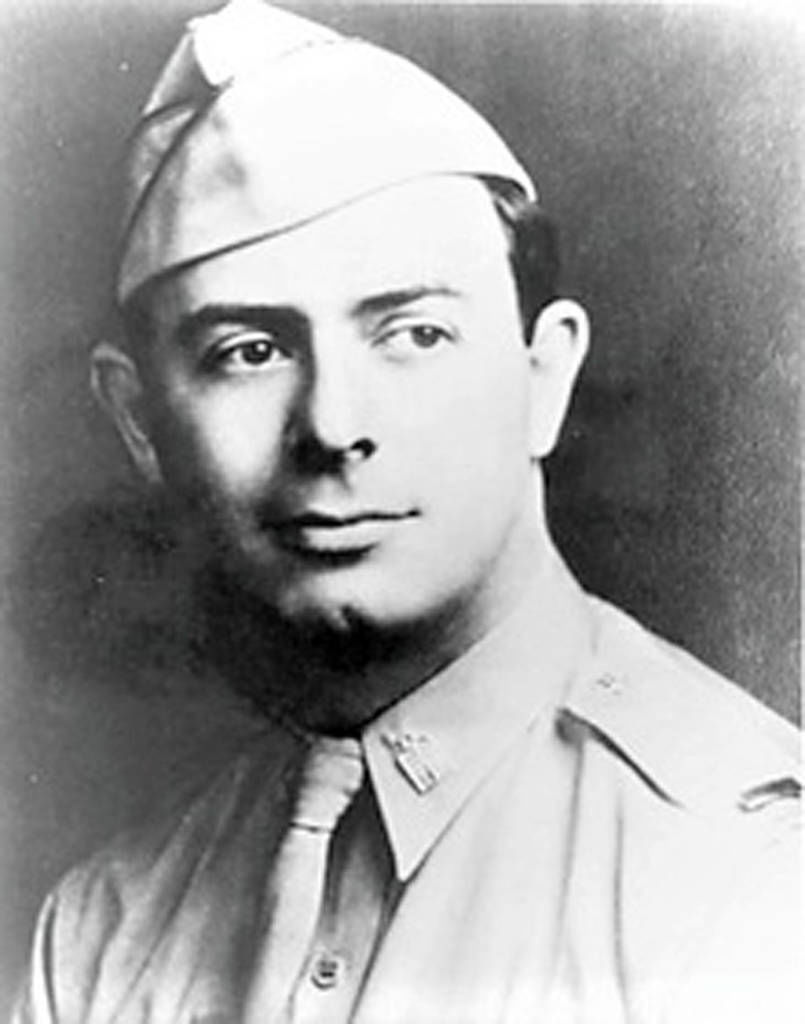 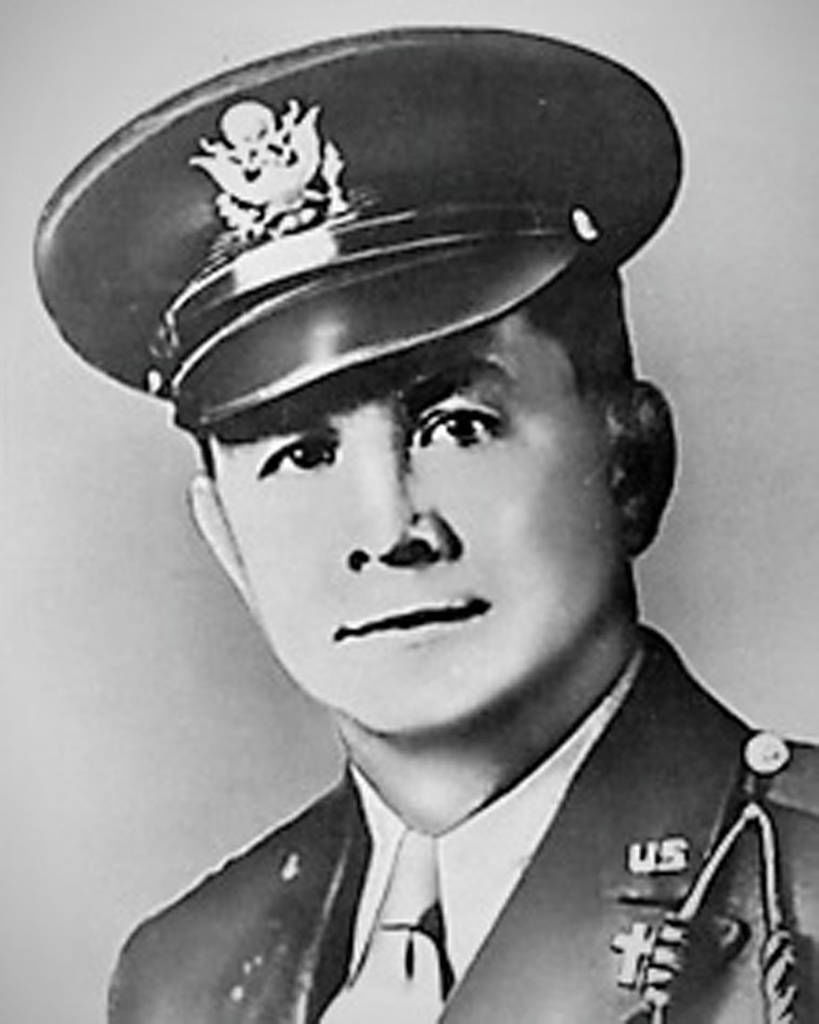 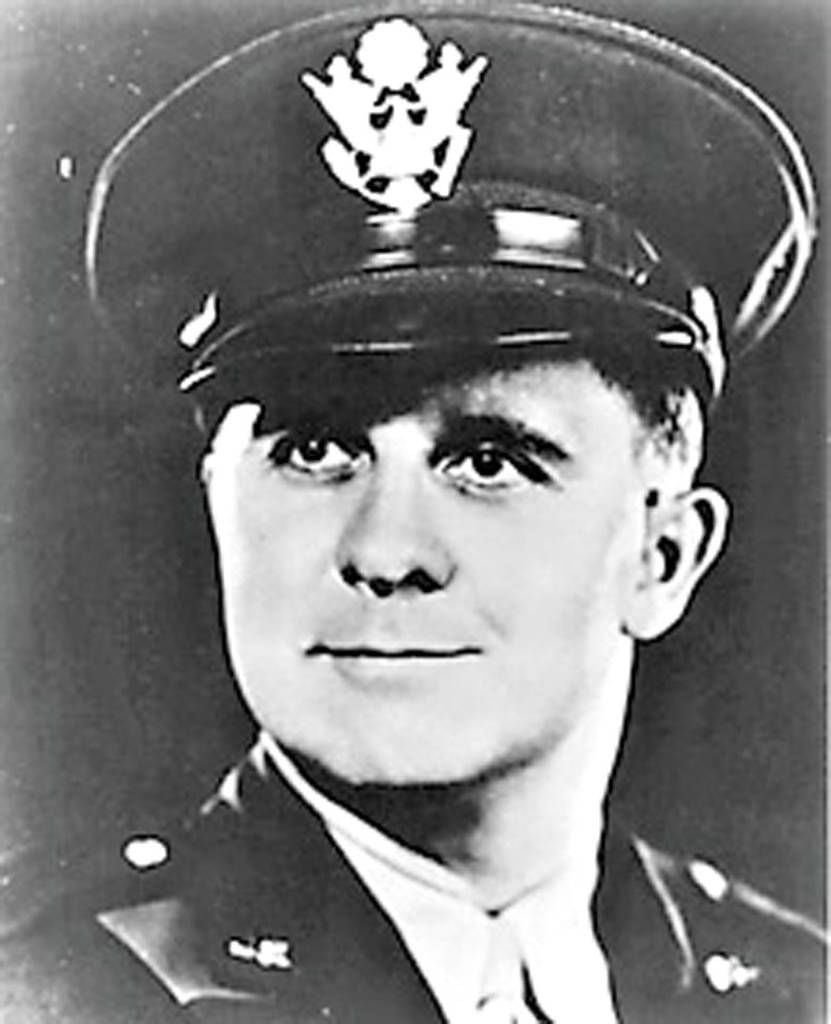 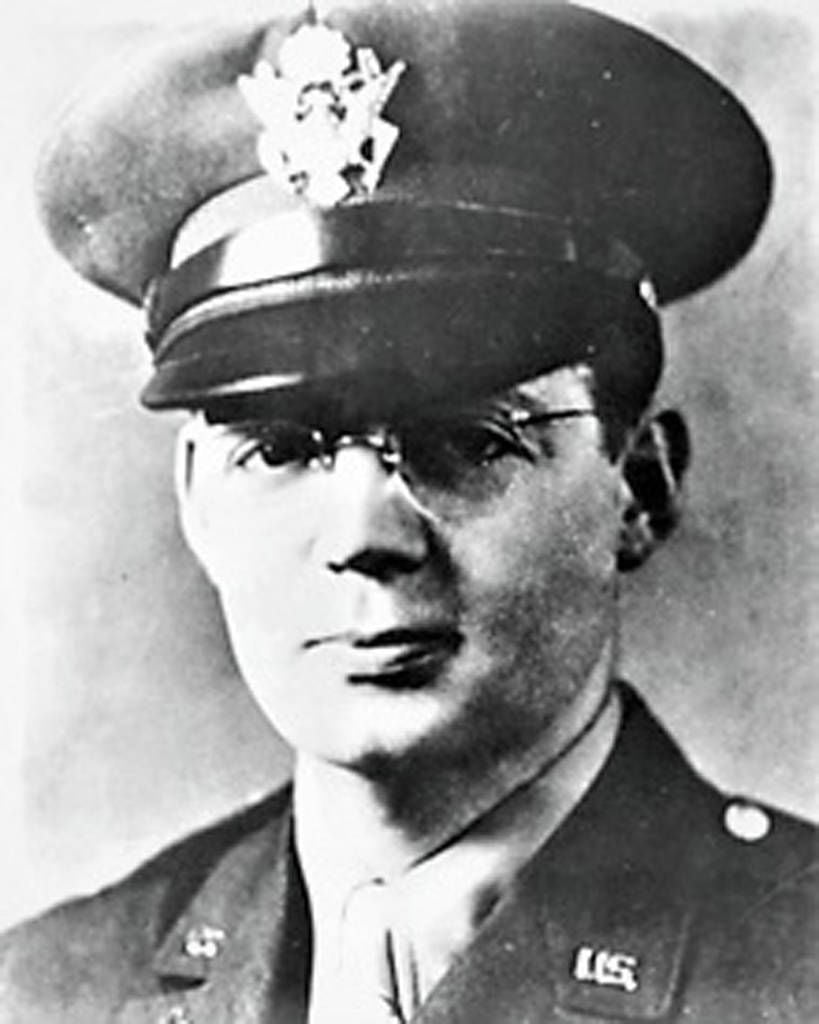 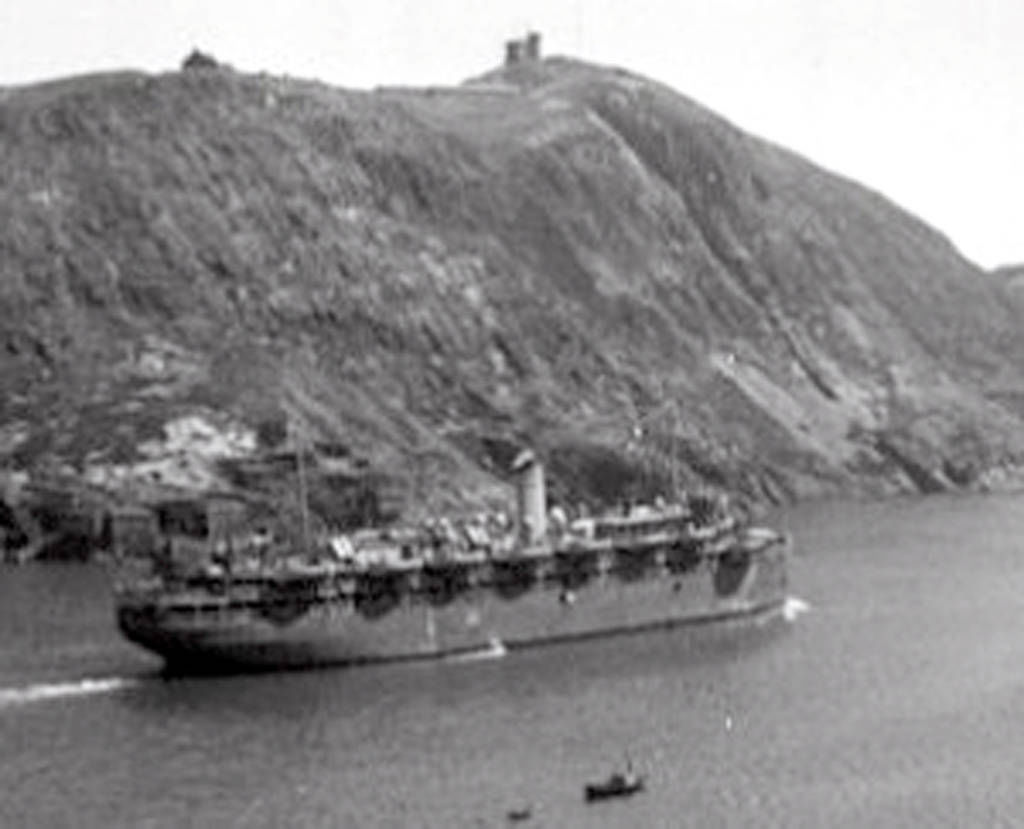 The USS Dorchester is shown here leaving St. John’s Harbor on the way to Greenland in the fall of 1942. (Special Photo) 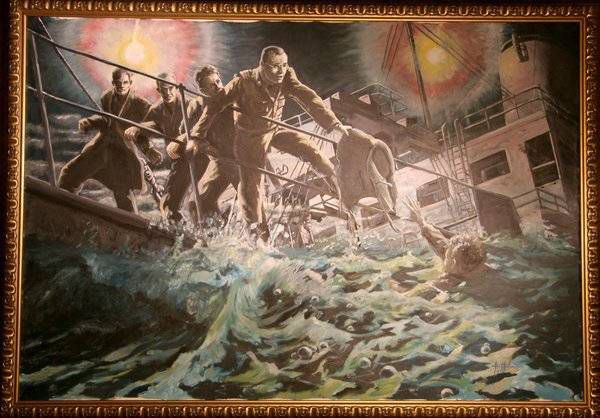 This painting on display at Ft. Jackson depicts the heroism of the Four Chaplains. (Special Photo) 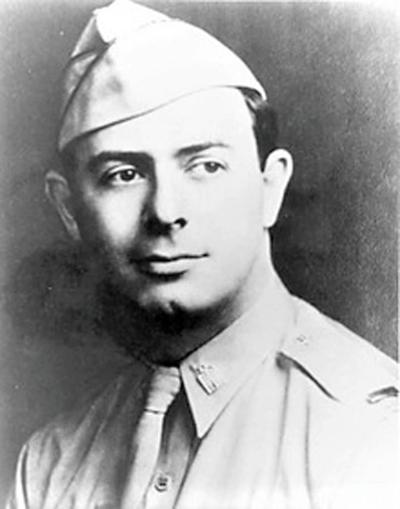 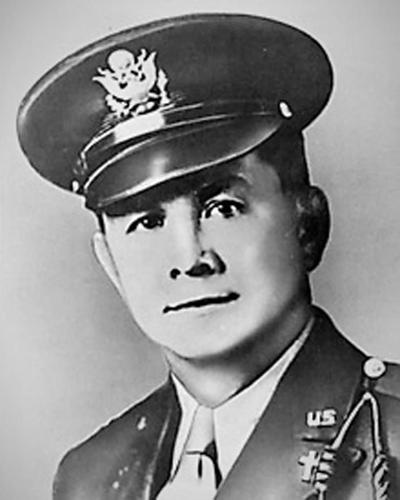 The USS Dorchester is shown here leaving St. John’s Harbor on the way to Greenland in the fall of 1942. (Special Photo)

This painting on display at Ft. Jackson depicts the heroism of the Four Chaplains. (Special Photo)

On January 15, 2009 US Airways Flight 1549, an Airbus A320, took off from LaGuardia Airport with 155 people aboard. The pilot, a graduate of the United States Air Force Academy and former F-4D Phantom jet fighter pilot, would become world famous in a matter of minutes. His name is Chesley Sullenberger, better-known as Capt. Sully.

The Airbus A320 lost both engines after hitting a flight of Canada geese shortly after takeoff. Capt. Sully had no choice. He made a perfect water landing in the Hudson River. Rescued almost immediately, all of the passengers and crew survived. They were lucky, twice over. Sully’s skills got them down safely, and secondly, the rescuers’ quick response saved the people from freezing to death.

The water temperature of the Hudson River that day was 41 degrees Fahrenheit. The water-soaked individuals on the wings and inside the fuselage had less than 20 minutes before losing their coordination and strength, and shortly after, death. The process of a cold body shutting down is called vasoconstriction, the blood rushes to the center core to protect vital organs – the extremities are expendable.

On Feb. 3, 1943, the German submarine U-223 spotted a U.S. troop transport ship slipping through the icy waters between Newfoundland and Greenland. The U-boat fired three torpedoes, one struck the ship, and decisively so. The fatally damaged transport ship slipped beneath the frigid waves in less than 20 minutes. Of 902 men aboard, only 230 survived. Most of the 672 dead were victims of vasoconstriction, their bodily functions starting to shut down in less than two minutes from a water temperature below 34 degrees Fahrenheit. Four of the victims had given away their life vests so that others would live. All four were Army chaplains, all four 1st lieutenants, and this is their story.

Roman Catholic Priest John P. Washington was one of seven children of Irish immigrants. Fervently religious from an early age, intelligent with a superior work ethic, talented in sports, Father Washington prepared for the priesthood at Seton Hall Preparatory School. After graduation, he attended Immaculate Conception Seminary School of Theology at Seton Hall University and was ordained as a priest in 1935.

Father Washington served in several parishes before joining the Army after the Japanese attack on Pearl Harbor. After postings in Maryland and Indiana, he was sent to Harvard University to take a course before his deployment to Europe. He met three other chaplains at Harvard, Clark V. Poling, Alexander D. Goode and George L. Fox.

The four men of the cloth would board and leave New York harbor on Jan. 23, 1943, aboard a converted coastal trader and passenger ship the SS Dorchester. Their first destination en route to England was the Army Command Base at Narsarsuaq in southern Greenland. Lurking in the cold depths of the Labrador Sea, German submarine U-223 awaited her prey.

Clark V. Poling, son of a World War I chaplain, was a minister in the Reformed Church in America. His mother died when he was just 8 years old. His father remarried, converted from an Evangelical minister to the Baptist faith, and became an ordained minister. Smart and athletic, Clark was an excellent high school football player. After high school, he attended Hope College and Rutgers University and graduated from the Yale Divinity School in 1936. He pastored the First Reformed Church in Schenectady, N.Y., married, and had a son, Clark “Corky” Jr. His wife, Elizabeth, bore him a daughter, Susan Elizabeth, three months after his death.

Following in his father’s footsteps, Poling immediately volunteered as an Army chaplain with the outbreak of WWII. Initially assigned a transport regiment in Mississippi, he was transferred to Camp Myles Standish and attended the Chaplain’s School at Harvard University. There he met the other three chaplains.

And the rabbi beget a rabbi. One of four kids of Brooklyn rabbi Hyman Goodekowitz, Alexander David Goode was born on May 10, 1911. An outstanding athlete, he became a rabbi after attending the University of Cincinnati and Hebrew Union College. In 1935 he wed Teresa Flax, the niece of singer, actor and comedian Al Jolson. In 1940, he earned his Ph.D from Johns Hopkins University. As a rabbi in York, Pennsylvania, he founded Boy Scout Troop 37, one of the first mixed-race, multi-cultural troops in America, and the first to have the Scouts receive Protestant, Catholic and Jewish decorations.

In 1941, Rabbi Goode attempted to join the Navy as a chaplain. He was turned down. After Pearl Harbor, the U.S. Army accepted his talents, and faith then sent Rabbi Goode on a brief stint to an airbase in Goldsboro, N.C. In October of 1942, he joined the three other chaplains at Harvard.

George L. Fox ran away from home at age 17 to join the Army. Sent to the Western Front in France as a medical orderly, Fox proved his mettle earning the Silver Star, Purple Heart, and the Croix de Guerre for his distinguished service. He finished high school after the war, worked for a Trust Company, married in 1923, and started his studies at Moody Bible Institute and Wesleyan University. Fox served as an itinerant Methodist minister before enrolling in the Boston University School of Theology. He was ordained in 1934.

Fox took over as the minister of a church in Waits River, Vt., and remained in Vermont to become state chaplain and historian for the American Legion. Having served in WWI, he rejoined the Army in 1942 on the same day his son joined the Marines. He was assigned a position in the Chaplain’s School at Harvard, met the other chaplains, and on Jan. 23, 1943, they set sail for Europe on the SS Dorchester.

Launched in 1926, Dorchester was relatively modern for the era. She could accommodate 302 first class and 12 steerage passengers with a crew of 90. Four rooms even had a private bath. Most were furnished with modern “European style” telephones with the transmitter and the receiver in one handset. Dorchester was built for East Coast maritime business between Miami and Boston.

America needed every ship available at the outbreak of WWII, and the Dorchester was not exempt. She was converted into a troopship and armed with a 4-inch/50 caliber gun aft, a 3-inch/50 gun fore, and four 20mm guns. Although frequently identified as an “Army” transport, she was never officially designated as such.

She pulled out of New York Harbor on Jan. 23, 1943, as part of a six-ship convoy: the SS Dorchester, two other merchant ships, and three small U.S. Coast Guard cutters for escort, the Comanche, Escanaba and Tampa.

At 12:55 a.m. on Feb. 3, 1943, a German torpedo slammed into the SS Dorchester. The loss of boiler power prevented the sounding of a full six-whistle order to abandon ship, then a second power outage prevented sending a radio distress signal. Due to panic and disorganization, rockets and flares were not immediately deployed to signal the three escort ships. A severe list kept half of the lifeboats from being launched and many that were launched capsized from panicked overloading. The men in the frigid sea were so numbed and paralyzed by the coldness they could not even grasp the rescue nets thrown from two of the Coast Guard cutters when they finally arrived. The survivors had to be hoisted or manhandled out of the ocean.

Escanaba eventually saved 133 men, Comanche pulled 97 men out of the water, but Tampa had to continue on as protection for the other two merchant vessels. Within the 20 minutes SS Dorchester remained afloat, panic set in among the injured, dying and frightened. The Four Chaplains did their best to calm the men on the darkened ship, then led them on an organized evacuation. They gave aid to the wounded and started handing out life jackets, but soon all the life jackets were gone. The Four Chaplains calmly removed their own life jackets and handed them to others. After assisting as many men as possible into lifeboats, the four men of God linked arms, prayed, sang hymns together, then went down together with the ship.

One survivor, Grady Clark, reported, “As I swam away from the ship, I looked back. The flares had finally lighted everything. The bow came up high, then she slid under. The last thing I saw was the Four Chaplains up there praying for the safety of the men. Those chaplains had done everything they could. I did not see them again. They themselves did not have a chance without their life jackets.”

Another survivor and eyewitness, John Ladd, stated, “It was the finest thing I have seen or hope to see this side of heaven.”

Other survivors reported hearing different languages mixed among the chaplains, including Jewish prayers in Hebrew, Catholic prayers in Latin, and hymns sung in English. The next day when additional rescue ships arrived, hundreds of bodies were found floating in their life jackets, all frozen stiff.

Several chapels are dedicated to the Four Chaplains, there are plaques and sculptures, memorials and sanctuaries, and stained glass windows. One window is displayed at the Pentagon, “A” Ring, and Four Chaplains Day is celebrated on Feb. 3 each year by interested organizations and a few military bases. At least for now.

As the Greatest Generation passes on, so will the memory and narrative of the Four Chaplains. People tend to move on, people tend to forget, and some people tend not to care. Maybe this year A Veteran’s Story will help keep their memory alive, and next year, well, perhaps another journalist will pick up the writing baton. There are men and women in this country of the same caliber as the Four Chaplains, these are good people, dedicated, loyal, and willing to give their all if necessary; they inhabit the ranks of the United States military.

- Chaplain Clark Poling, to his father before boarding Dorchester

Postscript: The German submarine U-223 was sunk on March 30, 1944 by British warships in the Mediterranean Sea. Of the Unterseebout’s crew, 23 perished, 27 survived.

Scenes from the Final Round of play at The Masters golf tournament on Sunday, April 11, 2021. Click for more.

Doctors are studying the use of personalized cancer vaccines

This is not a scientific poll — results reflect only the opinions of those voting. #NationalPecanMonth