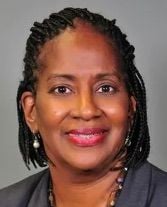 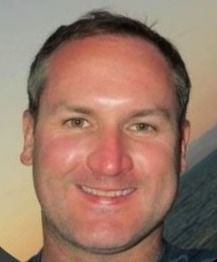 CONYERS — New directors for the Stormwater and Transportation departments were approved as part of the consent agenda at the Jan. 28 meeting of the Rockdale County Board of Commissioners.

Dr. Ann Kimbrough and John A. Moretto were introduced to the BOC at their Jan. 21 meeting.

Dr. Kimbrough will replace Todd Cosby as the Stormwater Department director. Cosby, who has been director since Stormwater became a separate department in 2018, will remain with the department and work with Kimbrough on projects.

Kimbrough’s background is in communications rather than engineering, and she said at the work session that she sees her role as being more of educating citizens on the need for stormwater and what their monthly fee goes toward.

Kimbrough earned a bachelor of arts degree in communications from Clark Atlanta University, is a graduate of the Harvard University Graduate School of Education’s Management Development Program, earned a master of science in journalism from Northwestern University, and a doctor of business administration from Argosy University.

She was director of the Little Rock, Ark., campuses for Webster University from 2009-2012, a dean at the Florida A&M University School of Journalism and Graphic Communication from 2012-2017, and a professor at Florida A&M from 2012 until taking the position in Rockdale County.

John A. Moretto is a civil and transportation engineer with more than 23 years of extensive transportation and government-related experience. Eighteen of the 23 years include strong leadership management training of designers, engineers, operators, and traffic signal technicians.

He worked for GDOT as a District Design Squad Leader/Design Engineer from 1996-2000, and as a District Traffic Operations manager from 2000-2006. He worked for CH2M Hill as a Traffic/Roadway Design Engineer and Senior Highway Technologist from 2006-2010, and for Bectel Corp. as a Senior Civil Engineer/Roadway Specialist Engineer 2010-2017, and as a Highway Engineer Manager for Bectel in Riyadh, Saudi Arabia from 2018 until he took the position in Rockdale County.

ASK AMY: Transgender people say: Call me by my name

How Bernie Sanders could actually be helping the stock market

There is a lot happening in the 'Westworld' Season 3 trailer