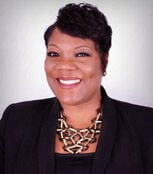 New stormwater rates were enacted in 2020 and took effect in January. The majority of residential property owners in Rockdale will see a hefty increase from $40.68 to $102 to help pay for needed stormwater infrastructure repairs. Based on the Stormwater Rate Financial Model adopted by the county last year, the stormwater rates will continue to increase, reaching $162 a year by 2026.

The rate for commercial properties is calculated based on the square footage of impervious surface. The rates were formulated based on best practices recommended by the Georgia Soil and Water Conservation Commission and a rate study conducted by engineering consultant Raftelis.

The rate increase was approved by commissioners after years of poor maintenance, along with torrential rains in 2019 that flooded roads and destroyed storm drains and culverts. The stormwater department also needs funding to repair and replace more than 188 miles of piping and 18,900 drainage structures.

“This agreement will encompass that the commissioner and her staff will assume the responsibilities of not only placing the stormwater fees on the tax bills, but also doing the collections and making sure the county receives the funds that are received as a result of the funds being paid on the property tax bills,” Cabe told the commissioners at their Apr. 20 work session. “The tax commissioner was outstanding to work with, and we’re very grateful that she is taking on this responsibility for us in this agreement.”

Post 1 Commissioner Sherri Washington asked if there is a component in the agreement which will educate citizens ahead of time about the fees being added to the tax bill. She said she has also heard from property owners concerned that their property could be foreclosed on if they can’t pay their stormwater bill.

Cabe said they will begin educating citizens later this year.

“In terms of making our citizens aware of the fees being added to the bill, it has already started with our public relations department, and that has been blasted out through social media and advertisements in our legal organ, which is the Rockdale/NewtonCitizen, and also through On Common Ground news, “ Cabe said.

Commission Chair Oz Nesbitt Sr. added that the county won’t foreclose on anyone’s property because of a failure to pay their stormwater fee, adding that they will work with citizens on getting their fees paid.

“One of the pluses about Rockdale County is that we are still a very intimate government where we can work with our citizens and we deal with them on a day-to-day basis,” Nesbitt said. “If you live in the county, you can come in and talk to either one of your commissioners and/or meet with your chairman, and that’s a plus. Out of 159 counties, there’s not too many other places that can boast that citizens can actually come in and talk with their leadership.”

Nesbitt added that while the addition of stormwater fees to property tax bills is new to Rockdale County, it has become the norm for collecting the fees in other counties throughout the metro Atlanta area, and will provided the needed funding to update stormwater and strengthen economic development efforts.

“For so long we’ve identified the stormwater department as the ‘star of the show,’” he said. “We talk about economic development. We certainly can’t talk about it without talking about the improvement of our infrastructure in Rockdale County... This action by the tax commissioner allows us to take the guess work out of it and for citizens just to incorporate their payment right with their tax bill every year.”

The latest on Covid-19 and India's worsening crisis