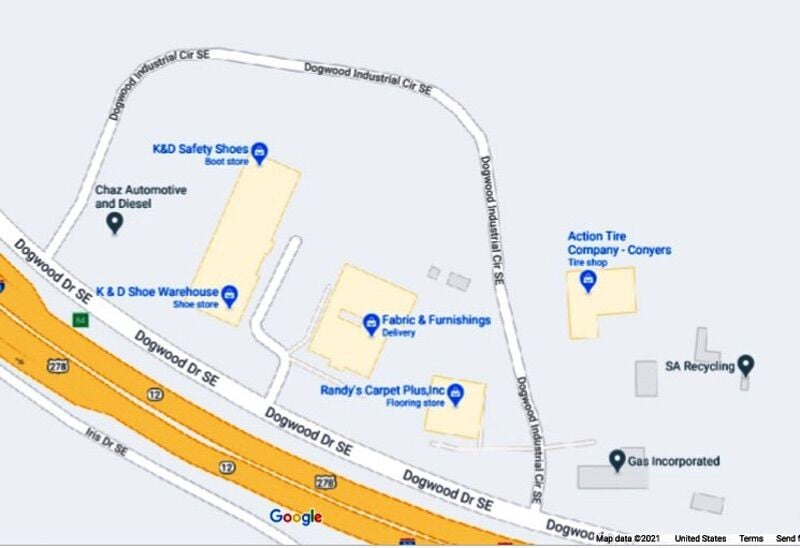 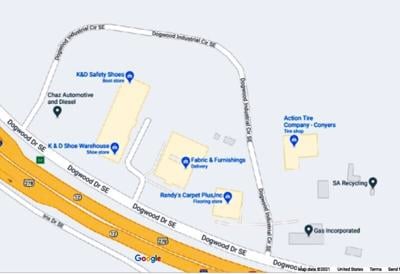 CONYERS — With Rockdale County Commission Chair Oz Nesbitt Sr. calling it a “public health and a public safety nightmare” in the past, the Board of Commissioners unanimously approved the abandonment and decommissioning of a portion of Dogwood Industrial Circle, located off Dogwood Drive SE. The property owner is planning to change the U-shaped road into two cul-de-sacs, closing off the back portion of the roadway, which has been used as a dumping ground in the past.

The vote came at the BOC meeting on Feb. 9.

BDM Development LLLP and David Miles, the owner of seven parcels adjoining Dogwood Industrial Circle, requested the abandonment and said in a letter to the BOC that they would pay for a redesign that would change the road into two cul-de-sacs, in order to make the remaining land more usable for Miles and the other landowners — Randy’s Carpet, Fabrics and Furnishings, Action Tire, Atlanta Gas Light, and K&D Shoes.

Biggest farming county in every state

Stacker compiled data from the United States Department of Agriculture's Census of Agriculture, released every five years, to determine the biggest farming county in every state. Click for more.

Both the Planning Commission and planning and zoning staff had recommended approval of the abandonment.

Chief of Staff Jamie Cabe advised the BOC that if they moved forward on the abandonment, it would be reviewed by the county attorney, and then the land would be put up for auction.

“He has done similar projects in other counties throughout the region,” said Johnson, “so he is aware that the next step is a public auction, and he’ll have to bid on it.”

Post 2 Commissioner Dr. Doreen Williams made a motion to approve the abandonment and decommissioning. Post 1 Commissioner Sherry Washington seconded the motion, and it was approved 3-0.

Following the vote, Nesbitt praised the plan and said the road had been a code enforcement nightmare.

“It has been a dumping ground in the community for a number of years,” said Nesbitt. “It has really been a public health and a public safety nightmare, so I am so glad to see someone is interested in acquiring this property, and I’m looking forward to a new development. I’m also glad that the new potential owner will be communicating and in concert with the existing businesses that are already in that area. That is so important. But I think this is a huge step in the right direction simply because it had become a major eyesore and a danger zone in terms of code enforcement in Rockdale County.”

6 Dr. Seuss books won't be published anymore because they portray people in 'hurtful and wrong' ways

POLL: Do you approve or disapprove of the way Joe Biden is handling his job as president?

President Biden has been in office for over a month now. How do you think he has been handling his job so far? This is not a scientific poll — results reflect only the opinions of those voting.

T.I. and Tiny deny sexual assault allegations as attorney seeks investigation of them

A California doctor performed surgery during a Zoom court appearance

T.I. and Tiny deny sexual assault allegations as attorney seeks investigation of them

A California doctor performed surgery during a Zoom court appearance