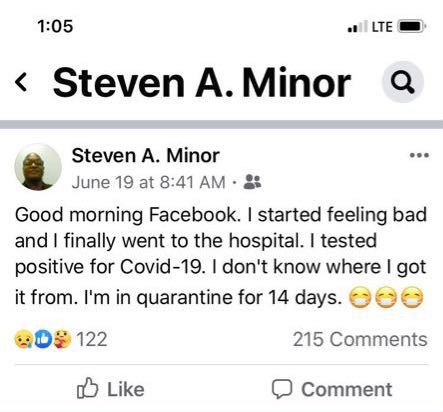 Minor posted on June 19 he had tested positive for COVID-19 and was in quarantine. 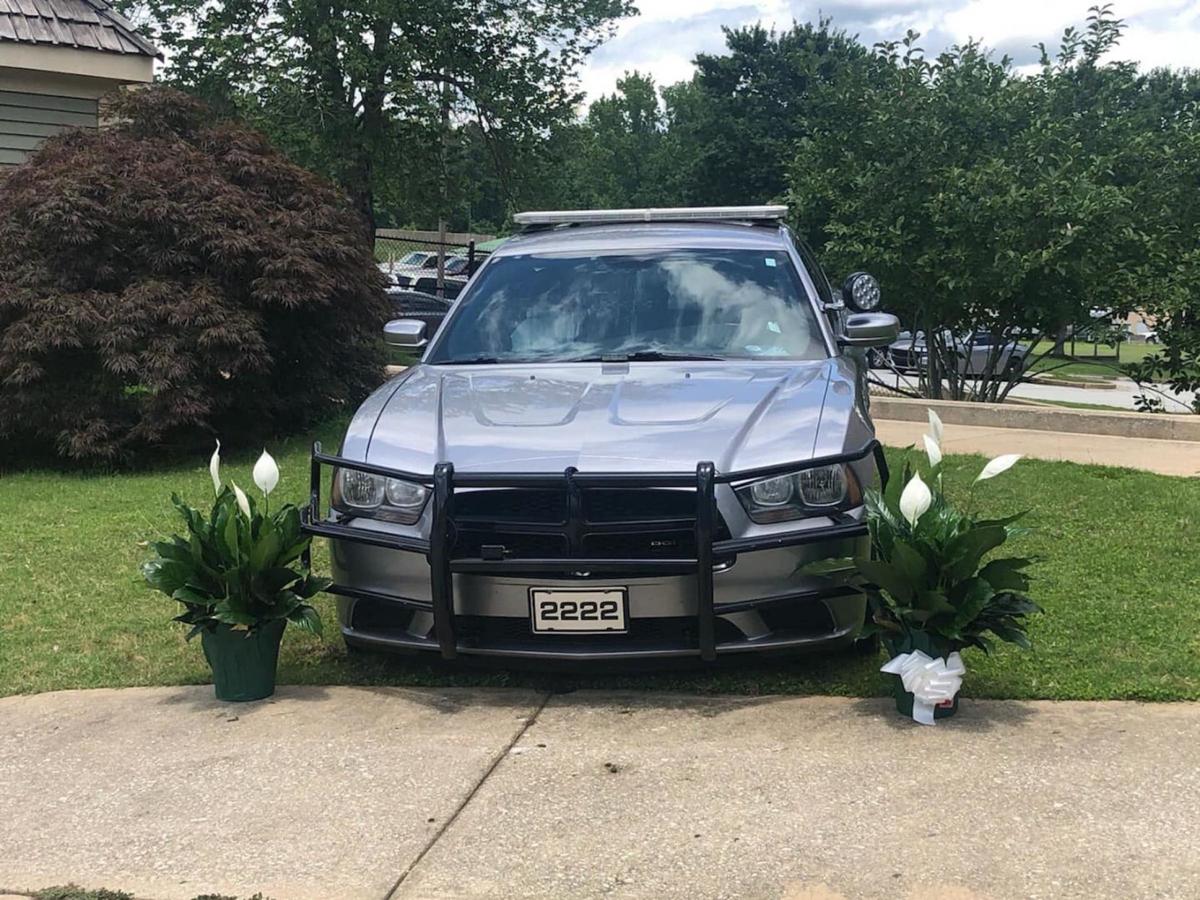 The Rockdale County Sheriff’s Office has placed Dep. Minor’s patrol vehicle outside its office for the community to pay respects. 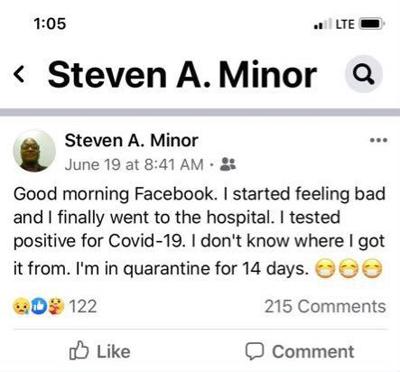 Minor posted on June 19 he had tested positive for COVID-19 and was in quarantine.

The Rockdale County Sheriff’s Office has placed Dep. Minor’s patrol vehicle outside its office for the community to pay respects.

CONYERS – A Rockdale County Sheriff’s Office deputy who reported on his own Facebook page that he had tested positive for COVID-19 on June 19 and was in quarantine, died five days later at Piedmont Rockdale Hospital.

Deputy Steven A. Minor posted on June 19: “Good morning Facebook. I started feeling bad and I finally went to the hospital. I tested positive for COVID-19. I don’t know where I got it from. I’m in quarantine for 14 days.”

The official cause of death of the 18-year Sheriff’s Office veteran has not been released.

Sheriff Eric J. Levett and the Sheriff’s Office are in mourning following the death of one of their own.

“We have lost a brother in blue, a friend, a husband, and a committed servant of our community,” Levett said. “We ask that our community keep Deputy Minor and his family and friends in your prayers.”

Minor’s patrol vehicle has been placed in front of the Sheriff’s Office at 911 Chambers Drive in Conyers for citizens to pay their respects.

“We ask that the community, please use this opportunity, in light of our social distancing rules to honor the memory of Deputy Minor,” said a post on the RCSO Facebook page. “You may visit this vehicle to place flowers, cards, pray or place any item you like to pay your respect for our dear departed brother.”

Minor started at the Rockdale County Sheriff’s Office in 2001 as a detention deputy within the Jail Division. He was promoted to a certified sheriff’s deputy in 2004 after successful completion of the Georgia Peace Officer Standards and Training Council (P.O.S.T.) mandate academy.

Minor served in the Uniform Patrol Division for 15 years, first as a patrol deputy and later as a School Resource officer at Heritage High School and most recently at Edwards Middle School.

Cindy Ball, chief of Strategy and Innovation for Rockdale County Public Schools, expressed the condolences of the school system in a statement Thursday:

“We are deeply saddened by the passing of Deputy Minor,” Ball said. “He had a profound impact on the lives of so many RCPS students, staff and families as a School Resource Officer (SRO) at Edwards Middle School and previously at Heritage High School. With his kind and caring demeanor, he was a beloved member of the RCPS family. We will remember him fondly and miss him greatly. Our thoughts and prayers are with his family, friends, and the community he loved and served so well.”

Former educator and Citizen columnist Darrell Huckaby also mourned the loss of his friend in his most recent column.

“I got word Thursday morning that a good friend and great person, Officer Steven Minor, had succumbed to the virus... I knew him best during the three years he served as Heritage High School Resource Officer,” Huckaby wrote.

“He was as good as they come. Many have referred to him as a ‘gentle giant.’ He was a large man, but there was always a smile playing around the corners of his mouth. He did his job and you didn’t want to cross him, but he loved the students at Heritage, and the staff, and they loved him back.

“His death has made COVID very real to a great number of us and has made this already strange summer even sadder than it already was.”

Additional information will be made available later about services for Minor.

POLL: What are you plans for the Fourth of July weekend?

This poll is for entertainment purposes only. It is not a scientific poll.