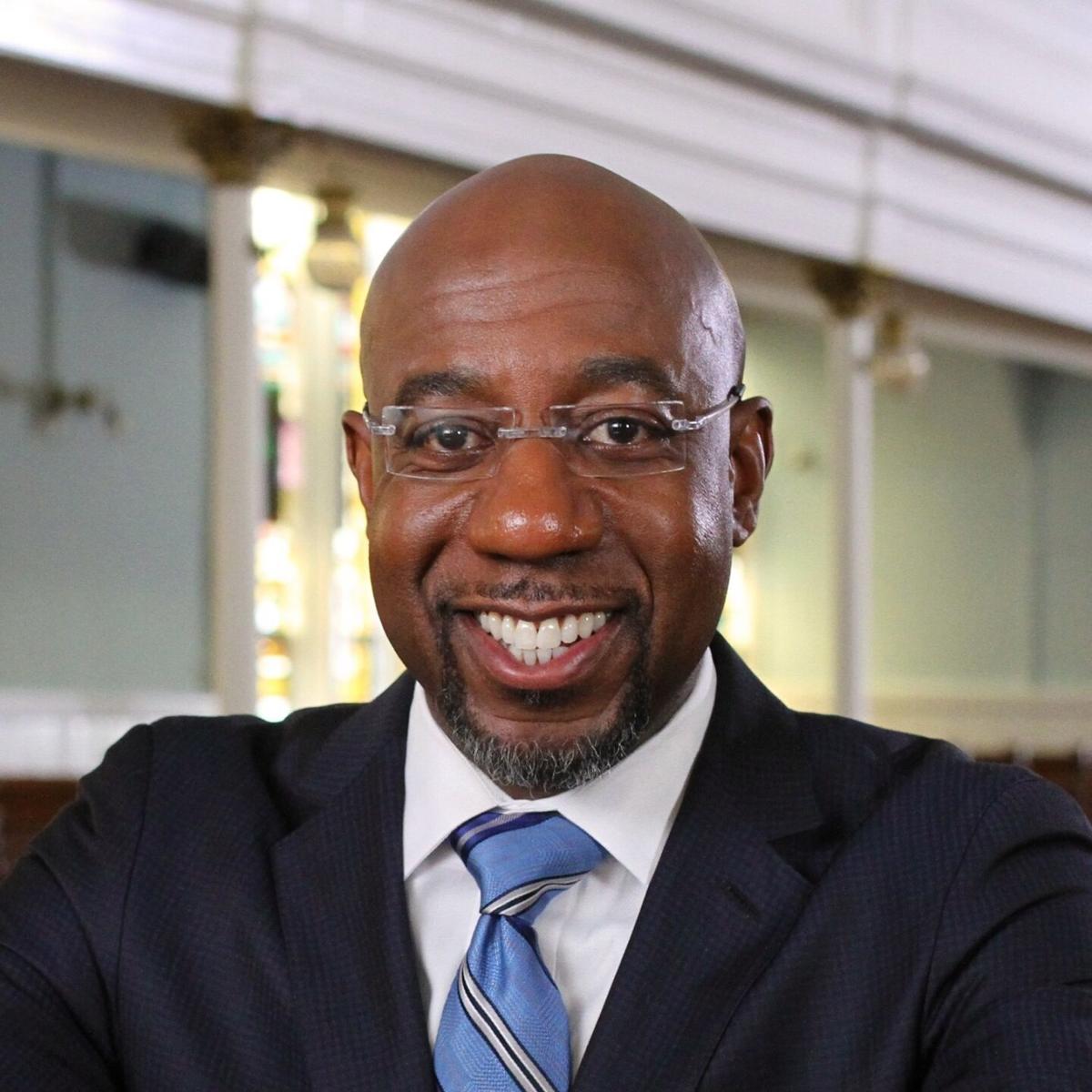 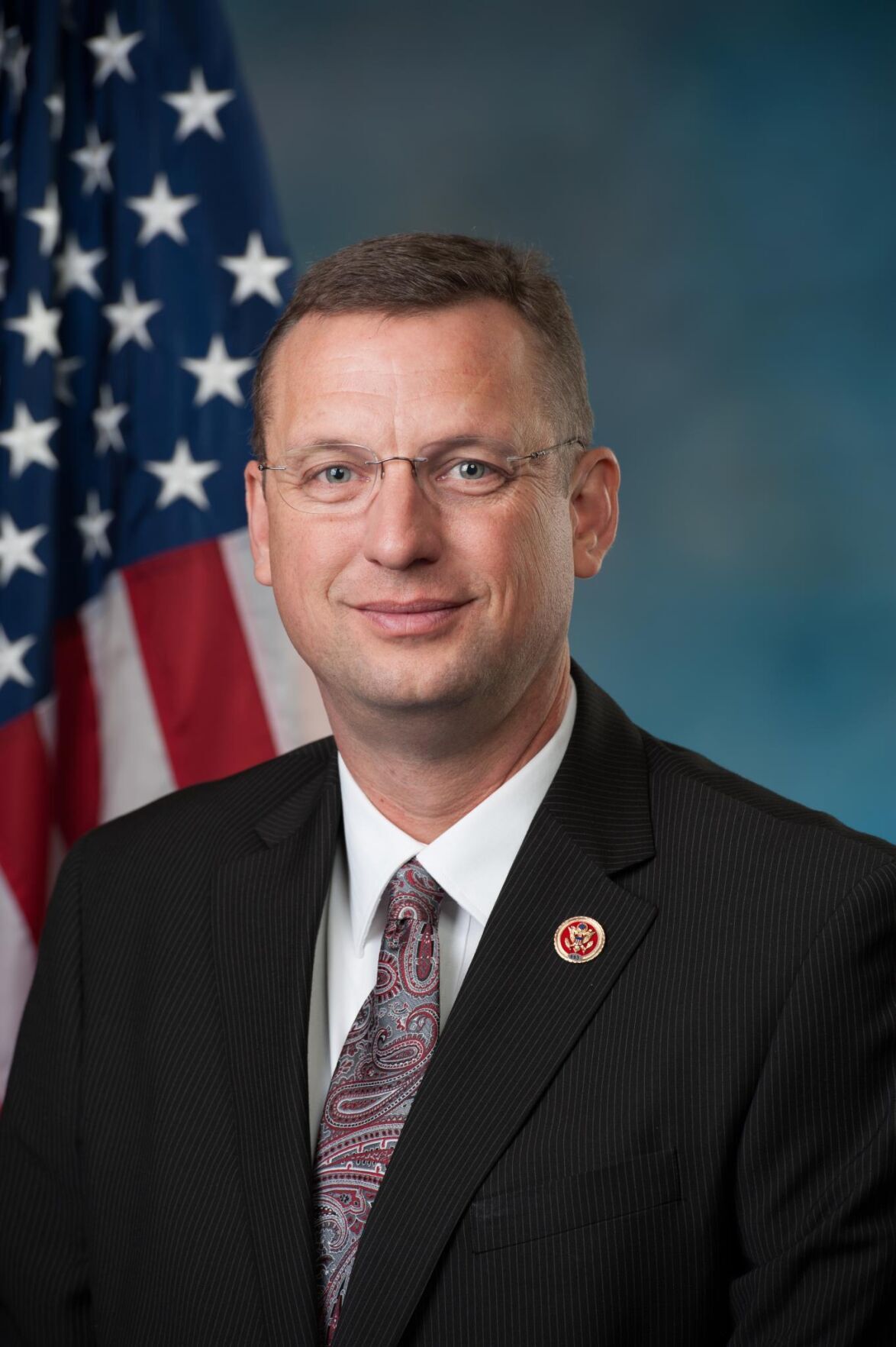 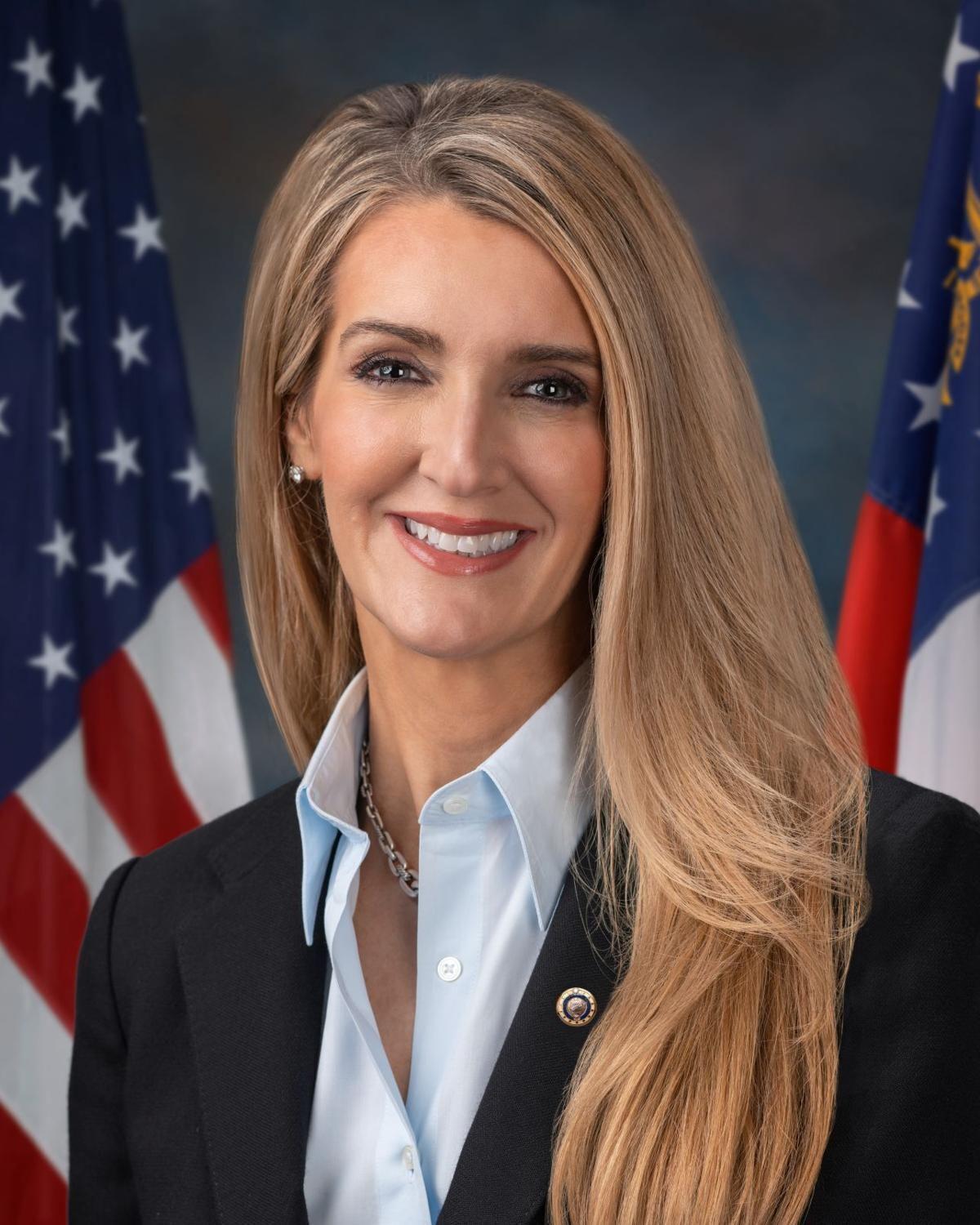 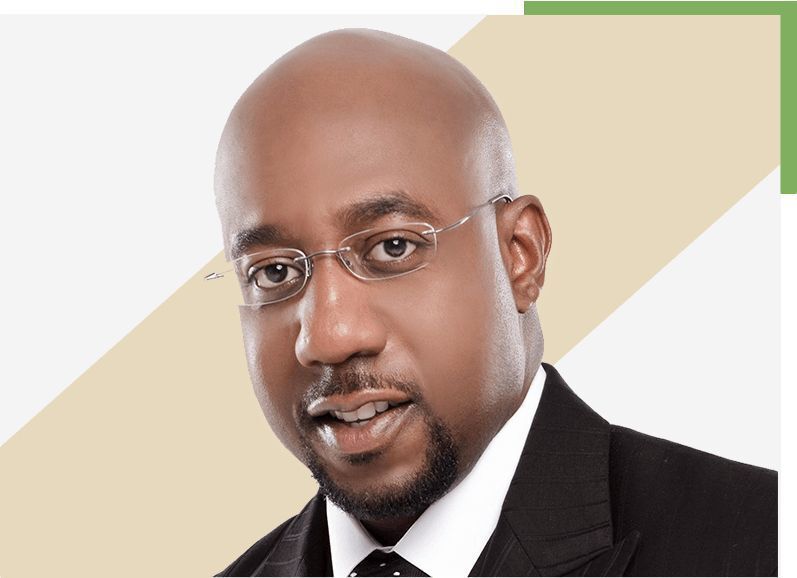 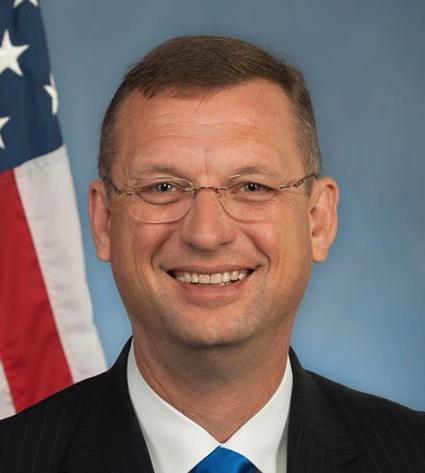 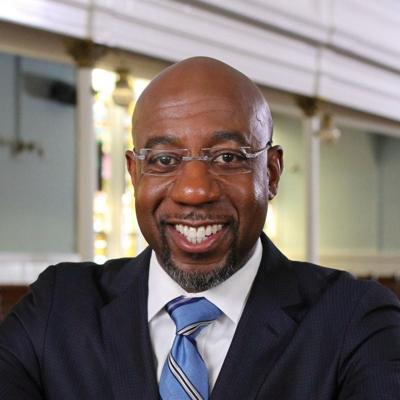 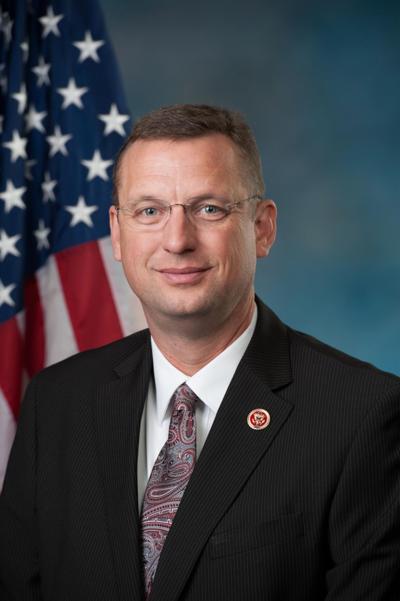 ATLANTA — Battle lines are being drawn in the race to fill the remaining two years of retired U.S. Sen. Johnny Isakson’s Senate term with less than 100 days left until Election Day in November.

U.S. Sen. Kelly Loeffler, R-Ga., who was appointed to hold the seat in December, has squared off with Republican challenger U.S. Rep. Doug Collins, R-Ga., over criminal justice issues and their personal backgrounds.

Meanwhile, Democratic candidate the Rev. Raphael Warnock has homed in on health care and voting rights issues, both figuring as major policy areas for Democrats across the country.

Above all looms the coronavirus pandemic, which has prompted tough debate on how to keep Georgians safe without wrecking the economy.

Nearly two dozen candidates have thrown their hats into the ring for the Senate special election on Nov. 3, a free-for-all contest in which candidates from all parties will be on the same ballot.

On the Republican side, candidates Loeffler and Collins are hustling to scoop up marquee endorsements from conservative groups and political leaders as they jab each other with campaign attacks.

Each has drawn support from local law enforcement officials, conservative groups and prominent state and national Republican leaders following Loeffler’s appointment by Gov. Brian Kemp in December to hold the Senate seat and Collins’ decision to jump into the race in January.

Loeffler, an Atlanta businesswoman running her first political campaign, has cast herself as an outsider candidate compared to the four-term Congressman Collins – though both have grounded their campaigns in supporting gun ownership, opposing abortion and backing President Trump.

“With significant advantages in resources, infrastructure and grassroots support, our campaign is continuing to build momentum toward a big win,” said Loeffler’s communications director, Stephen Lawson.

Collins, a U.S. Air Force Reserve chaplain who served in the Georgia House before joining Congress, has embraced his legislative experience while lobbing criticism at Loeffler’s use of her wealth in the campaign and fending off attacks on his record as a former criminal defense attorney.

He has sought to emphasize popular Democratic stances on expanding health care coverage and voting-rights protections in recent weeks as COVID-19 continues battering Georgia and months of protests over police brutality and racial injustice carry on.

“It’s not about the personalities who are running,” Warnock said recently. “We’re seeing a moment unlike anything we’ve ever seen in our lifetime that whoever you decide to vote for can literally decide who lives and who dies.”

As the race steams ahead, differences have emerged between the candidates on how to best tackle the health and economic burdens of the COVID-19 pandemic.

Among the most pressing issues amid the pandemic is what to do about the $600 weekly federal unemployment benefit millions of out-of-work Americans have received since March.

Loeffler and Collins have echoed congressional Republican leaders who oppose keeping the $600 benefit as is, arguing many businesses have struggled to bring employees back to work amid unemployment benefits that may be higher than their regular paychecks.

And both candidates have said they would prioritize sending more federal aid to schools, hospitals and businesses struggling to rebound and purchase protective equipment.

But while Loeffler has not said whether she would support a reduced weekly benefit, Collins has been unequivocal.

“If the unemployment insurance is something that is still there, make it as small as possible and make it end as quickly as possible,” Collins said at a recent campaign stop.

For her part, Loeffler has said she wants to weigh proposals on benefit amounts before taking a position and emphasized the need to bolster state unemployment trust funds.

“That’s the first thing, how do we help states make sure that they can meet the need at that level?” Loeffler said. “And then I think we’d have to look at what that additional federal level of funding would be needed.”

Warnock has urged extending the $600 benefit going forward and called for helping prop up unemployed workers via expanded health care coverage, particularly for Medicaid in Georgia.

He has also tied the issue to bids by Republican lawmakers to trim federal spending and shrink taxes, framing those moves as “an effort to renegotiate the social contract to starve the government to death” that he argues has hamstrung the long-term pandemic response.

“This idea that you wouldn’t have resources, a social safety network, to respond in a crisis like this is the logical outcome of that kind of move,” Warnock said recently. “And so I will absolutely stand up as United States senator and argue that working people, middle-class people, deserve their fair shake.”

The race looks to intensify in the coming weeks as the candidates begin pouring campaign funds into television ads and social media spots.

Loeffler will have the largest bank by far to pay for ads and other marketing, having already loaned her campaign $15 million from her personal money. Warnock raised around $4.4 million through June, while Collins reeled in roughly $3.8 million.

Collins dismissed the ad, stressing his firm was appointed by the courts to defend the indigent clients shown in the ad.

A week later, Collins released his own ad highlighting controversial stock transactions Loeffler made following a closed-door briefing on the coronavirus in January.

Loeffler has said those trades were done by a third-party advisor without her input and noted the U.S. Justice Department did not produce evidence of insider trading before closing an investigation into her transactions.

And Warnock, who has held off so far on in-person campaigning due to the virus, has leaned on social media to air his views on voting rights and health care.

In recent videos, Warnock has pressed both Loeffler and Collins to state their positions on restoring certain election oversight rules to the Voting Rights Act taken away by the U.S. Supreme Court in a 2013 ruling, and on proposals to repeal a key coverage requirement in the Affordable Care Act.

The weeks ahead may also settle whether any of the 17 other candidates in the race drops out to help boost chances for Loeffler, Collins or Warnock to nab more than 50% of votes in the Nov. 3 election.

Lieberman turned heads by polling higher than Warnock by 5 percentage points in a poll released Wednesday by Monmouth University.

If no candidate wins more than 50% of the vote in November, a runoff will be held in January between the top two vote-getters.

Here's how astronauts vote from space

Here's how astronauts vote from space