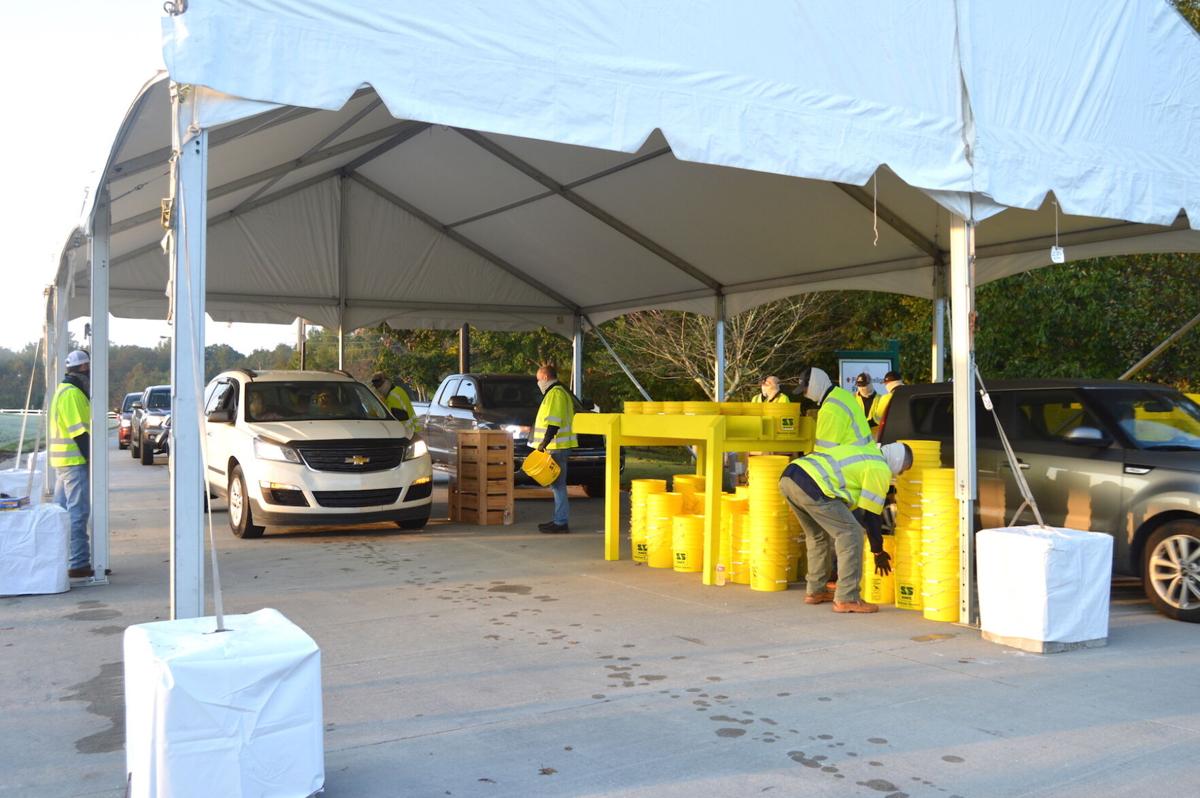 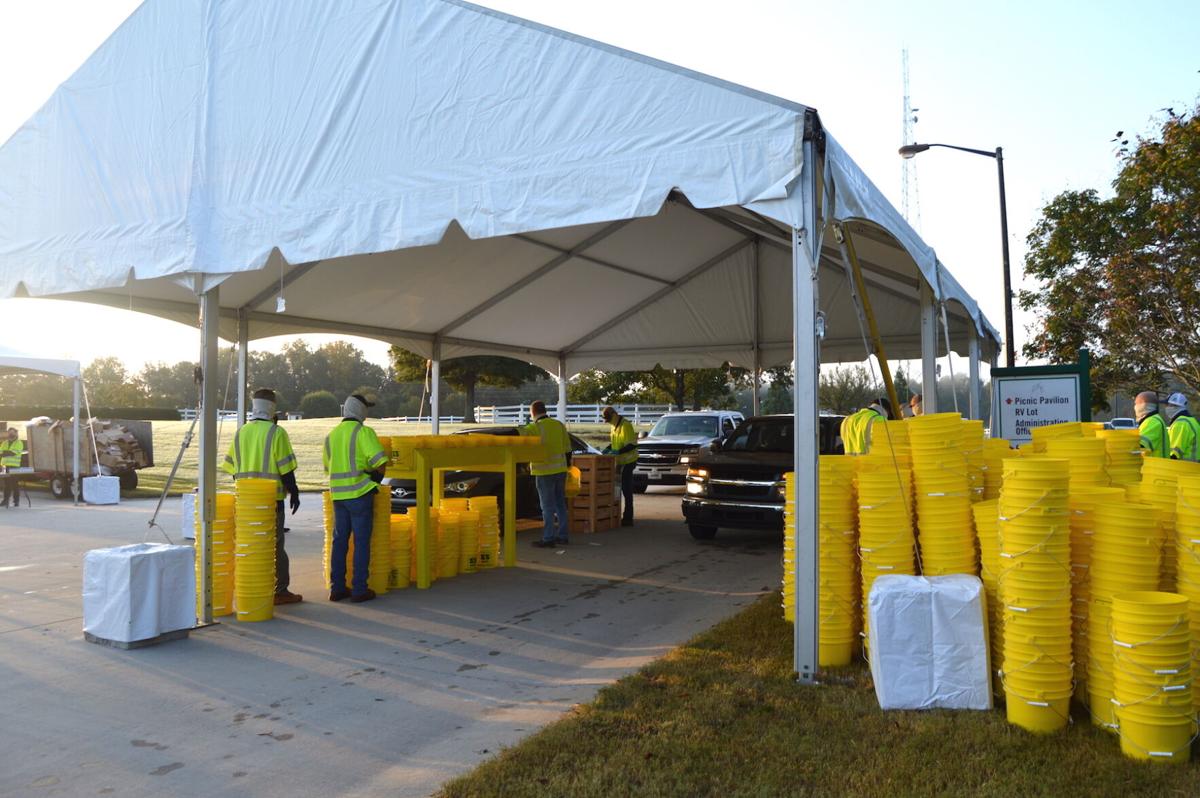 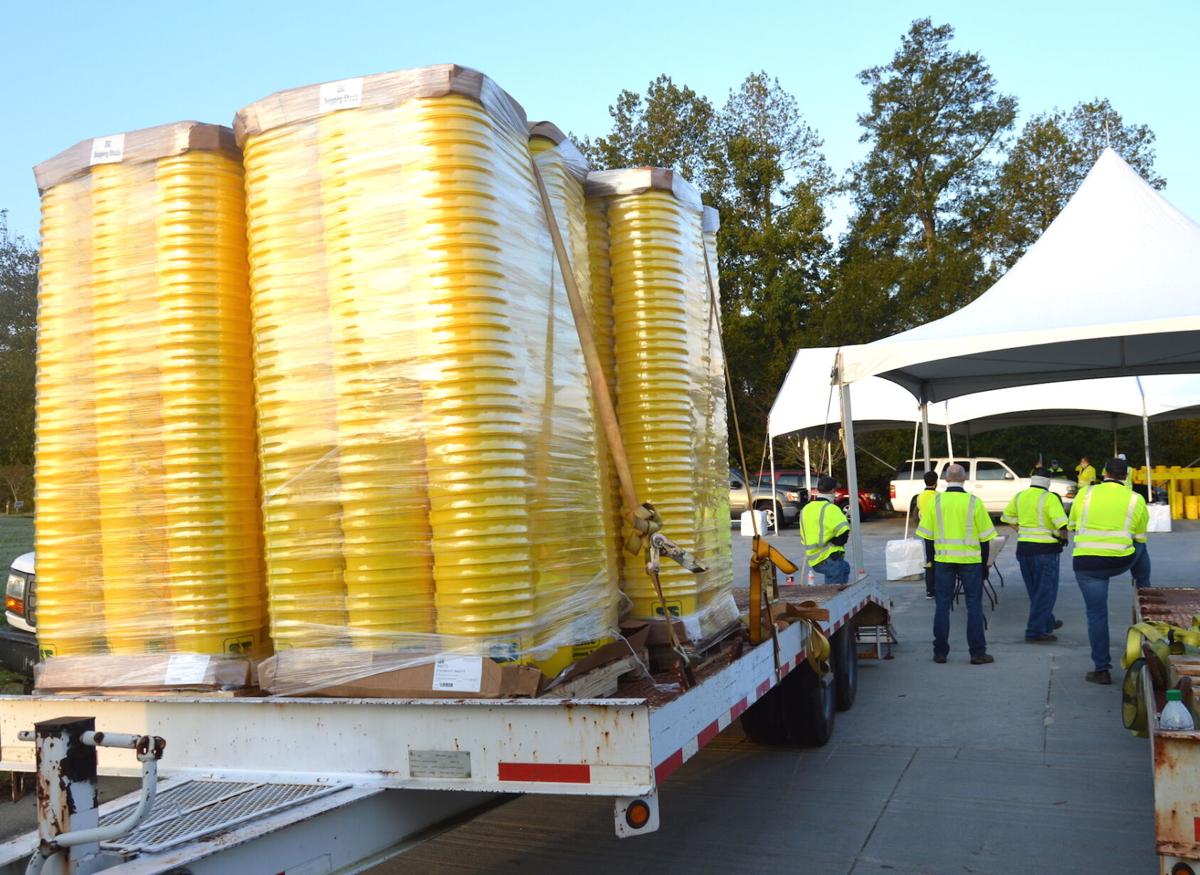 This year’s Snapping Shoals EMC bucket was larger than usual. 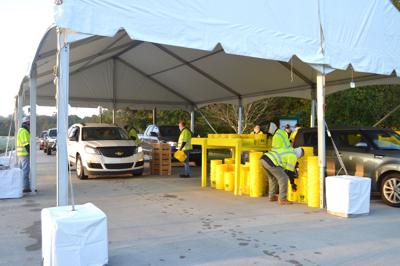 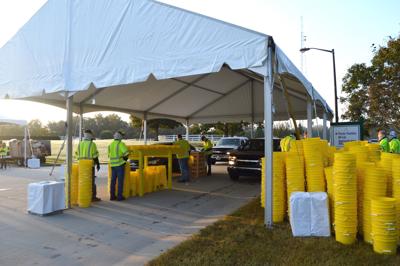 This year’s Snapping Shoals EMC bucket was larger than usual.

CONYERS — The 82nd version of Snapping Shoals Electric Membership Corp.’s annual meeting was unlike any other. Due to the COVID-19 health crisis, the annual meeting was held as a drive-through event at the Georgia International Horse Park.

Beginning at 8 a.m. Tuesday, thousands of EMC members drove through a registration checkpoint and then on to a tented station where they were given the yellow bucket members have come to know and love. About 1,500 buckets were handed out.

Each year the bucket holds a few small gifts. This year’s bucket contained some lightbulbs and a notice that registered attendees would receive a $20 credit on their power bill. In a prize drawing held later at SSEMC headquarters, 75 registered members received a $50 bill credit. The grand prize of the day — a 2003 Ford Ranger pickup truck — was won by Gary Esslinger of Newton County.

How to watch tonight's presidential debate