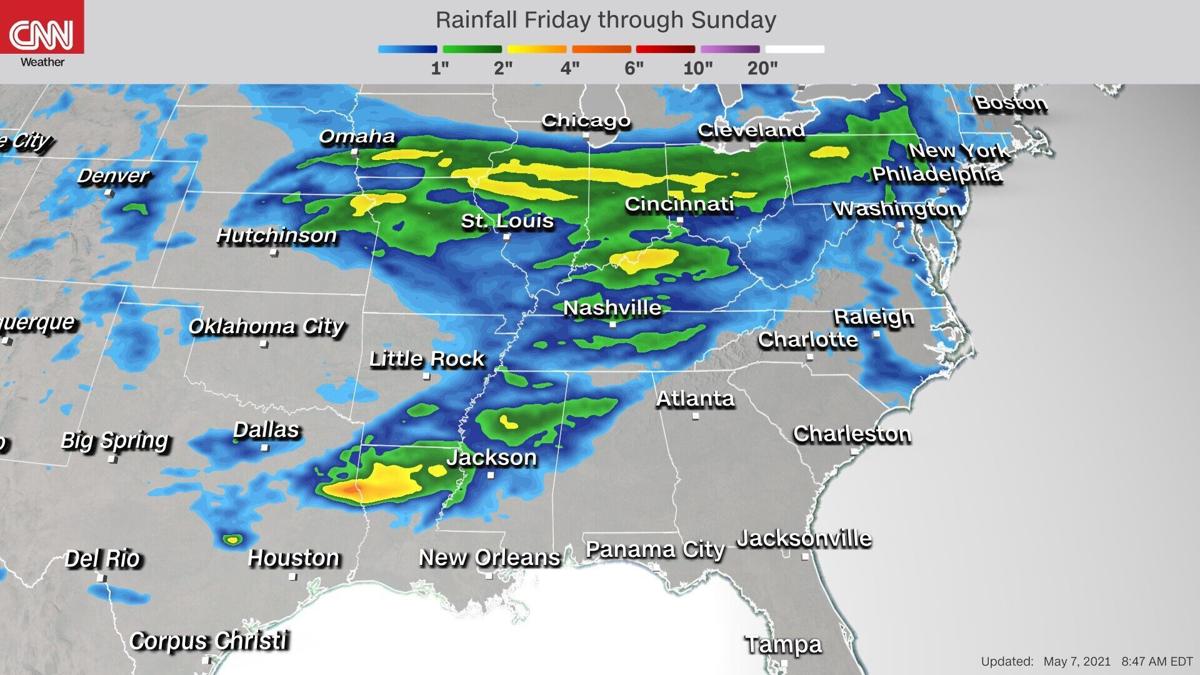 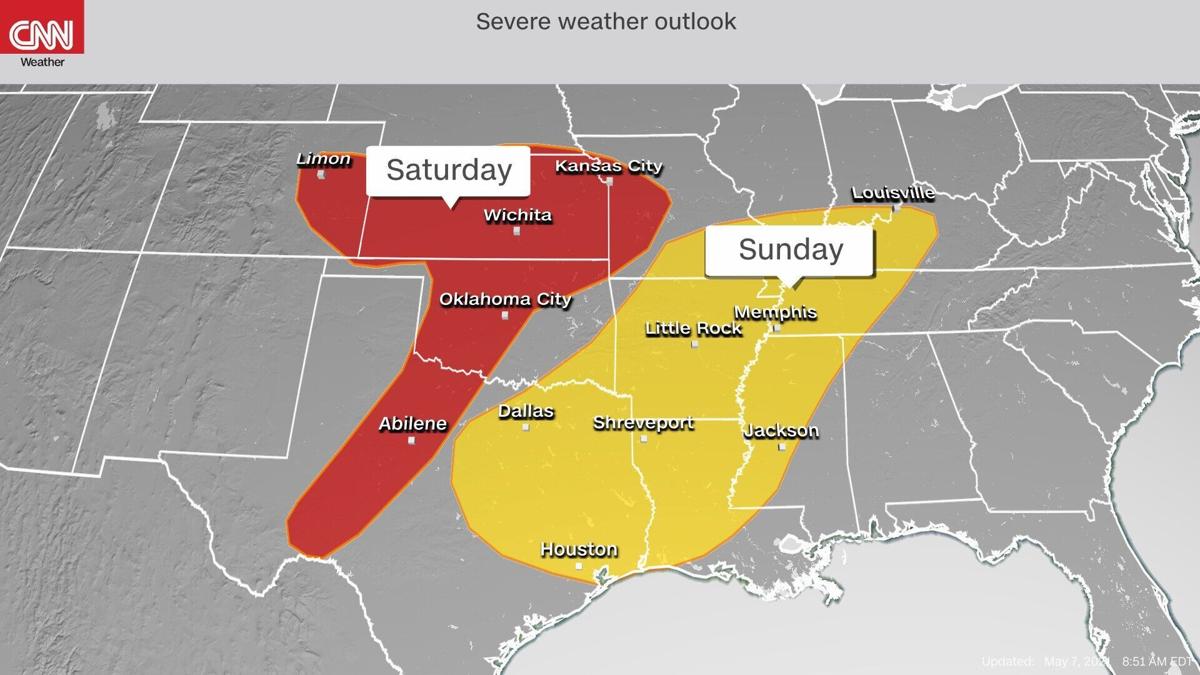 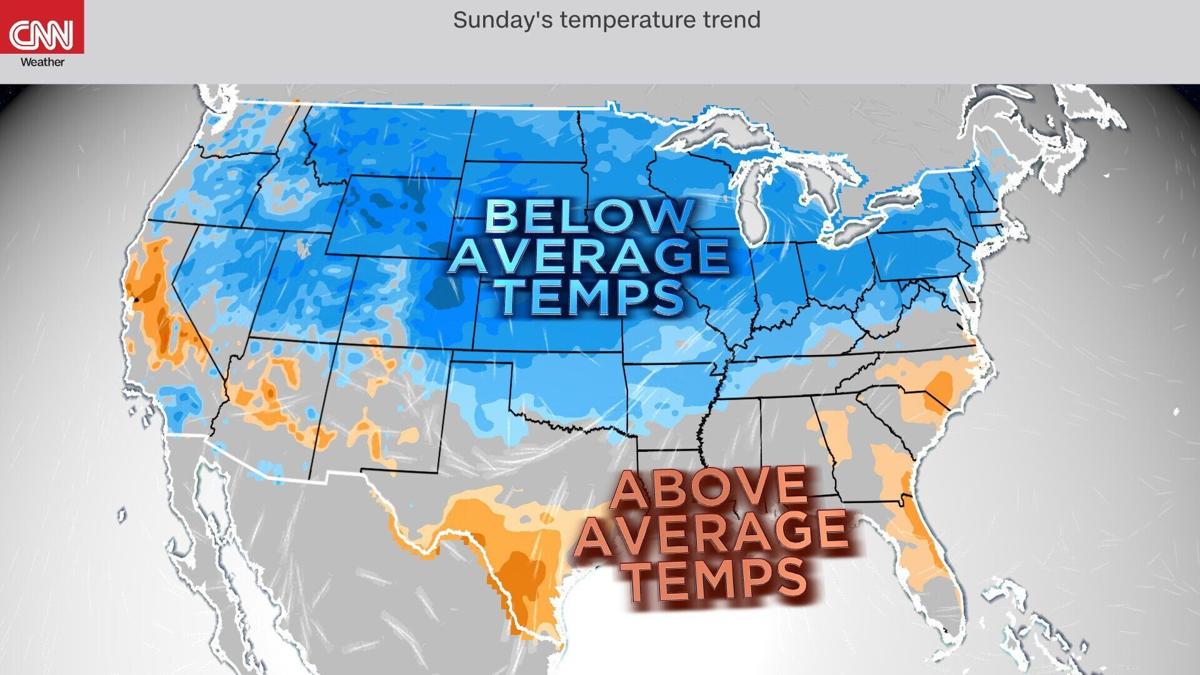 Storms, snow and sunshine are all in the forecast this Mother's Day weekend. 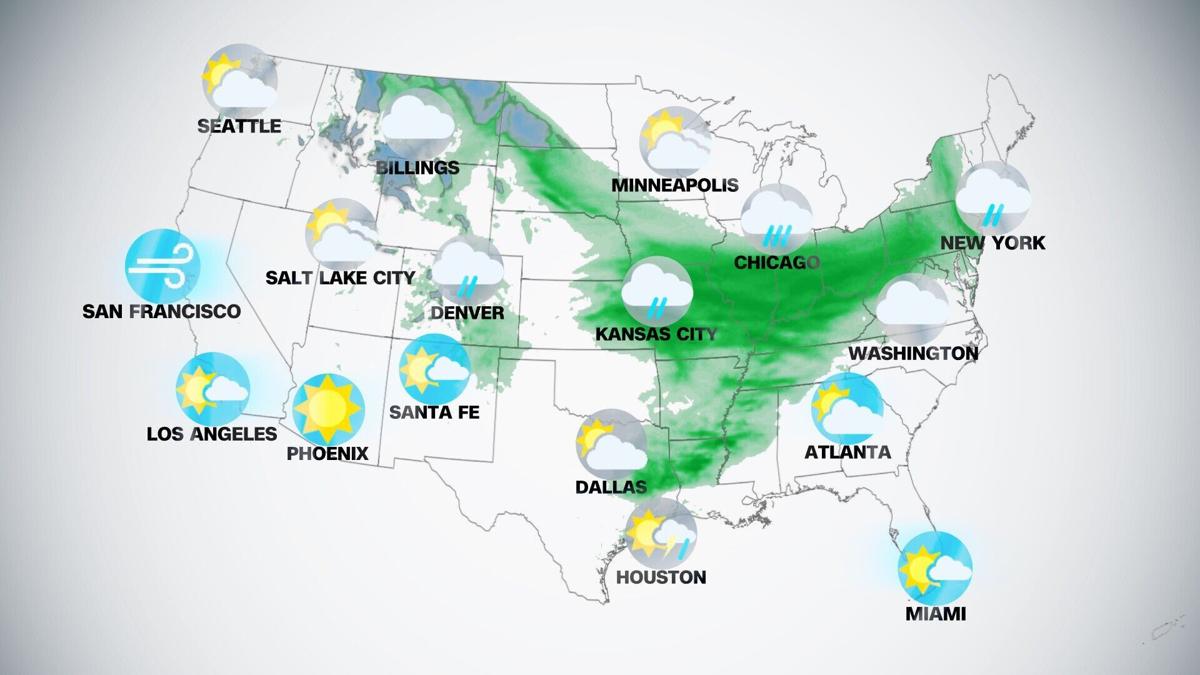 Storms, snow and sunshine are all in the forecast this Mother's Day weekend 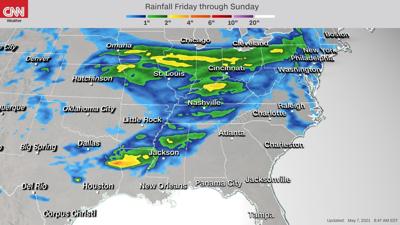 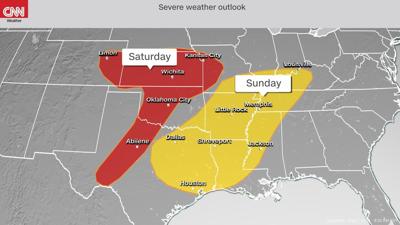 Storms, snow and sunshine are all in the forecast this Mother's Day weekend.

Storms, snow and sunshine are all in the forecast this Mother's Day weekend

Mother's Day is this weekend, and if you plan to hold brunch or other celebrations outdoors, the weather will be a factor to consider.

Severe storms -- some that could spawn tornadoes -- will impact portions of the central US, while showers and storms track across the Midwest. Snow showers will fall in the Northwest mountains, and cooler temperatures funnel into much of the country.

A storm system will develop over the central Plains this weekend, creating another threat for severe weather in places that have already experienced heavy storms in recent weeks.

"Some of these storms will pose a risk for very large hail, damaging winds, and perhaps a couple of tornadoes," says the Storm Prediction Center.

A level 2 out of 5, slight risk for severe weather is in place Saturday into that night for much of Kansas. That risk level then shifts south and east for Sunday into the night, from northeastern Texas through southeastern Missouri.

People living in these areas should monitor conditions and make alternate plans if severe weather alerts are issued.

The cities of Waco and Tyler in Texas, Wichita and Topeka in Kansas, Memphis in Tennessee, Little Rock in Arkansas, and Shreveport in Louisiana are all included in this slight risk for dangerous weather over the weekend.

Scattered thunderstorms will form Saturday evening over Kansas and will track southeastward. By Sunday, a line of hit-or-miss storms is expected to track through the South and could persist into Monday as the line nears the Gulf Coast.

The same storm system driving this severe weather is also responsible for widespread, moderate rain and thunderstorm activity to its north, mainly across the northern Plains on Saturday and the Midwest on Saturday night into Mother's Day on Sunday.

The rain will eventually move into the Northeast beginning Sunday afternoon, and that will continue into Monday.

See if rain will impact your Mother's Day brunch >>>

There is the risk for flash flooding across portions of the Mississippi and Ohio River Valleys. Pockets of heavy rain lasting several hours are expected in the Midwest, where a widespread 1 to 3 inches of rainfall is forecast.

A separate pocket of rainfall of 2 to 4 inches is possible in parts of Arkansas, Louisiana and Mississippi from the storms on Sunday.

While the middle of the nation will be dealing with wet weather this weekend, other regions will be dry and at risk for wildfires.

The Southwest is the region most at risk for fires to break out. This includes much of New Mexico, western Texas, eastern Arizona and portions of Northern California.

The combination of dry weather, drought conditions, gusty winds and low relative humidity will work together to make the environment conducive for fires to get started.

"The dry air completely overrides the forecast area by Saturday, when breezy to windy conditions are expected areawide during the late morning and afternoon with widespread fire weather concerns," says the National Weather Service office in Albuquerque.

A worsening drought is aiding in prime fire conditions. Across the western US, 84% of the area is in some category of drought, according to the United States Drought Monitor.

This region will be dry otherwise, with generally sunny skies making for nice conditions to spend time outside this Mother's Day weekend.

Cool temperatures dominate much of the US

Widespread high temperatures of 10 to 15 degrees below normal span from the Northwest through the Northeast on Saturday.

Check out how cold it will get >>>

It will even be cool enough for some snow in the northern parts of the Rocky Mountains and into parts of Montana and North Dakota. This region could feel temperatures as much as 30 degrees below average.

That cooler air will sneak further south on Mother's Day behind the cold front driving the severe weather in the Plains.

Meanwhile across southern parts of the nation, temperatures will be on the warm side of normal.

The warmest of air will be in the southern Plains on Saturday, with highs 10 to 20 degrees warmer than the typical high temperature for this time of year.

Temperatures will also be slightly above normal in the Southwest. Earlier this week, Phoenix reached 100 degrees Fahrenheit for the first time this year and hit it for a second day in a row on Thursday. Reaching the century mark happened later than normal this year and the latest since 2010.

Sunday, that warm air will be a thing of the past for the southern Plains. Southern portions of the Texas will remain mild, but the mild air will be focused in the Southeast, with highs generally 5 degrees above normal ahead of showers and storms early next week.

Where will the best weather be this Mother's Day? That depends on what your favorite weather is, but the sunshine, mild temperatures and dry weather will be found across much of the Southeast and Southwest on Sunday, making these the top locations to celebrate outdoors.

100 best movies of all time

Stacker presents the 100 best movies of all time, as determined by weighted IMDb ratings and Metascores. Only English-language movies released in the U.S. were considered for the list, and each movie needed both a Metascore and at least 20,000 votes on IMDb to qualify.  Click for more.

Before Carl Nassib, these pioneering pro athletes came out. Here's what they have to say about Nassib's announcement

How to avoid unexpected fees from subscription or recurring services

How to avoid unexpected fees from subscription or recurring services