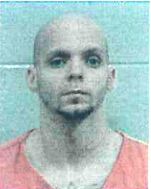 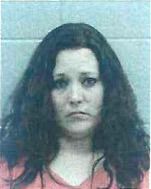 JACKSON — A Conyers man is behind bars in Butts County after allegedly ramming a Butts County Sheriff’s deputy’s patrol car during a chase. The driver and his female passenger were captured a short time later after a second deputy performed a PIT maneuver to end the chase.

The incident began about 11:30 a.m. on Jan. 14, according to an incident report. A deputy on patrol saw a 2013 blue Chevy Cruze allegedly fail to maintain its lane several times while traveling south on Halls Bridge Road. The deputy attempted to conduct a traffic stop at the intersection of Halls Bridge and Higgins Road.

The driver refused to stop and sped up, with the deputy giving chase. The pursuit reportedly reached speeds of 85 mph, with the suspect vehicle traveling in the center of the roadway, forcing motorists to swerve to the side.

The driver turned west onto Ga. Highway 16 without stopping and lost control, crossing over into the ditch on the other side of the road and continuing to flee. The deputy attempted to contain the vehicle in the ditch, but the driver allegedly rammed the driver’s side of the patrol vehicle and regained access to the road.

A second deputy took over pursuit as the chase entered the city limits of Jackson. At Third Street, the driver blew through the stop sign and lost control, striking the curb. The deputy was close enough to perform a PIT maneuver, spinning the car out in the area of Third Street and Indian Springs Street, effectively ending the chase.

The male driver and a female passenger were taken into custody. The driver was identified as Rocky Eugene Delee, 29, and the passenger was identified as Megan Ashley Delee, 34, both from Conyers. A check on GCIC found that Rocky Delee has a suspended license and that both of the Delees were wanted in Rockdale County on probation violations.

The Delees were transported to the Butts County Jail. During a search at the jail, a suspected Xanax pill was allegedly found on Rocky Delee.