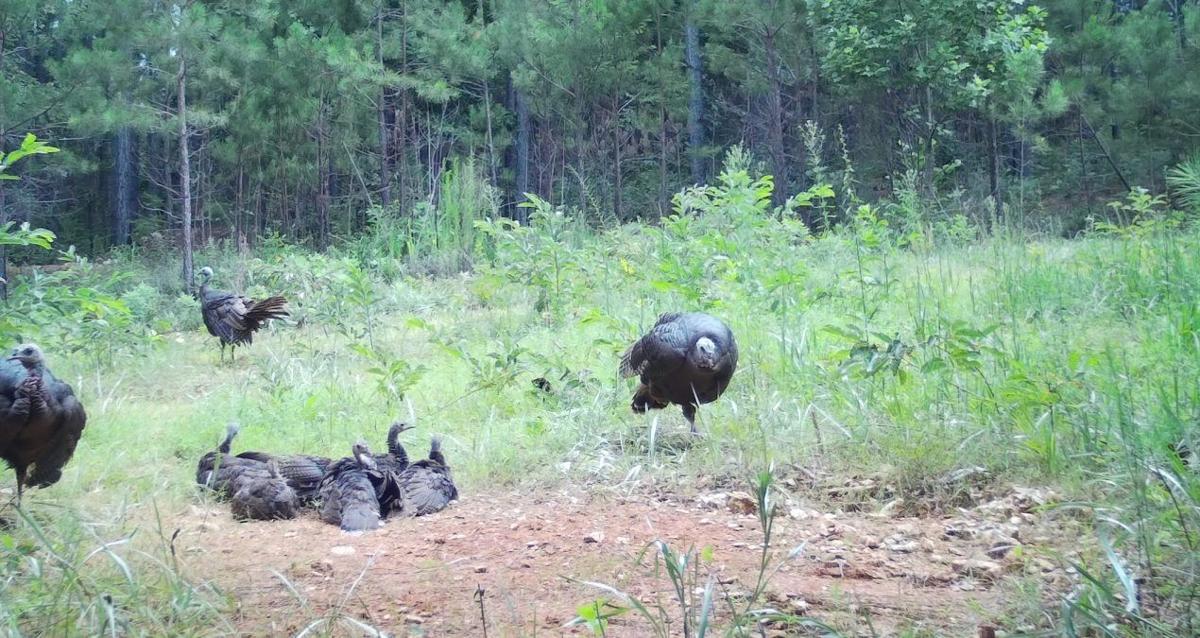 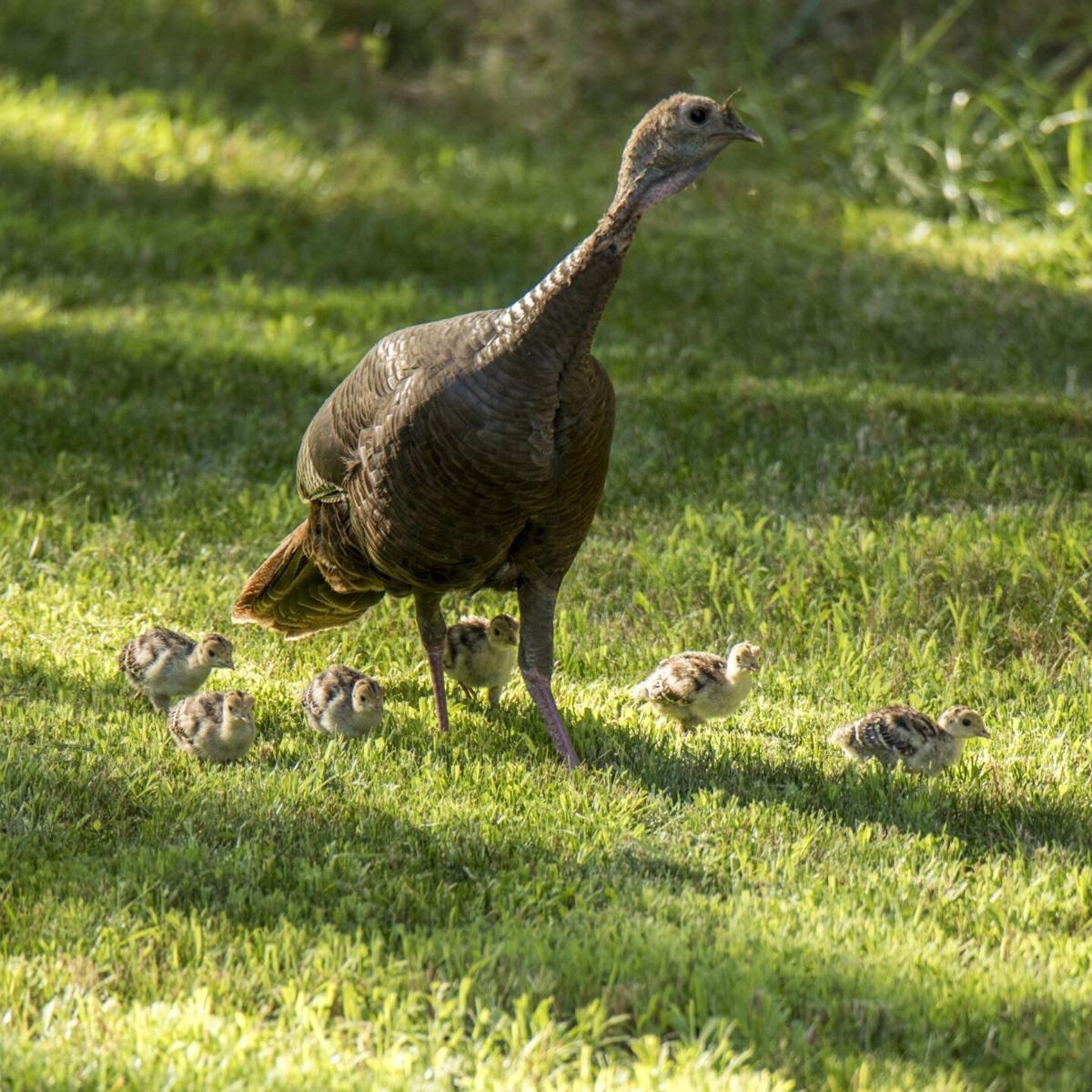 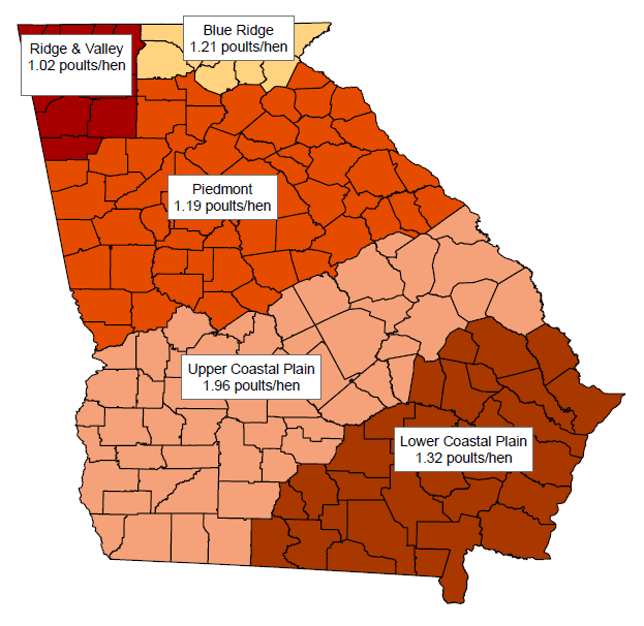 Every summer since 1978, Wildlife Resource Division staff, Law Enforcement Officers, and, most recently, members of the public have dutifully recorded every turkey they see while driving all over the state during their regular DNR duties. This survey is done during regular work activities, and no special effort is given to look for turkeys. While “counting turkeys out of the truck window” might not seem like advanced scientific research, this survey gives us a powerful index of the health of our turkey population.

While we record all turkeys we see, the focus is on one facet of the population: the number of poults that successfully hatched earlier in the spring. After a nest successfully hatches, the brood will stay with the mother through the summer, and sometimes join with a several hens and broods to form a larger flock. When we spot a flock, we count the number of poults and hens present. This gives us an opportunity to count the poults that survive and will tell us whether the population is trending upward or downward based on how many young each hen raises each year. This poults per hen (PPH) value is used by most states in the southeast to monitor their turkey population. It was actually state agencies monitoring this number that sounded the alarm on the decline of wild turkey populations throughout the Southeast.

PAST PRODUCTION AND REINTRODUCTION

For the first two decades of the survey, 1978 through the late 90s, Georgia’s production generally stayed between 3 – 4.5 poults per hen. These values indicate a healthy, growing population. This time period coincided with efforts to reintroduce turkeys throughout Georgia – efforts that involved moving flocks of birds into areas of good habitat but where turkeys were absent. Production peaked in about 1999, a few years after reintroductions generally wrapped up, then took a steep drop. Current turkey production has hovered at or just below 1.5 poults per hen for about the past decade.

This year production was on the low side, with a statewide average of 1.4 poults per hen. The chart below shows production broken down by region. Some regions had more of a drop than others, particularly the northwest part of Georgia. This is particularly concerning because this region is typically a stronghold for turkey production and saw record harvest this spring.

We know that many factors affect nest and brood rearing success, such as weather, predation, and habitat quality, and some factors that we are beginning to learn more about, such as harvest pressure and whether harvest is disrupting breeding (learn more here). Generally, a healthy wildlife population can withstand these stressors – for example, a year with a cold, wet spring, may have poor production, but subsequent years of better weather will even out the population. But, if a region has many years in a row of habitat loss and increasing predator populations, then a year of bad weather or high harvest can be much more difficult to bounce back from. And the result is what we are seeing in some areas of Georgia – in places where wild turkeys used to flourish, they seem to have vanished.

WHAT ARE WE DOING IN RESPONSE?

Georgia, along with other states across the Southeast, has to take a hard look at how we manage our turkey population. While many factors, such as large-scale habitat changes and predator abundance, are difficult for biologists to manage, we can affect harvest pressure through regulations, as well as limit disruption to breeding activities in the spring to improve reproduction. This may mean changes to statewide turkey regulations in coming years – which will help ensure a sustainable population able to withstand the ups and downs of reproductive success.

HOW YOU CAN HELP

We encourage anyone who is interested in participation in the survey to report their turkey sightings, with or without poults, in the months of June, July, and August. You can learn more about how to report your sightings here.

HEALTH: Nodes on finger joints are due to osteoarthritis

HEALTH: Nodes on finger joints are due to osteoarthritis