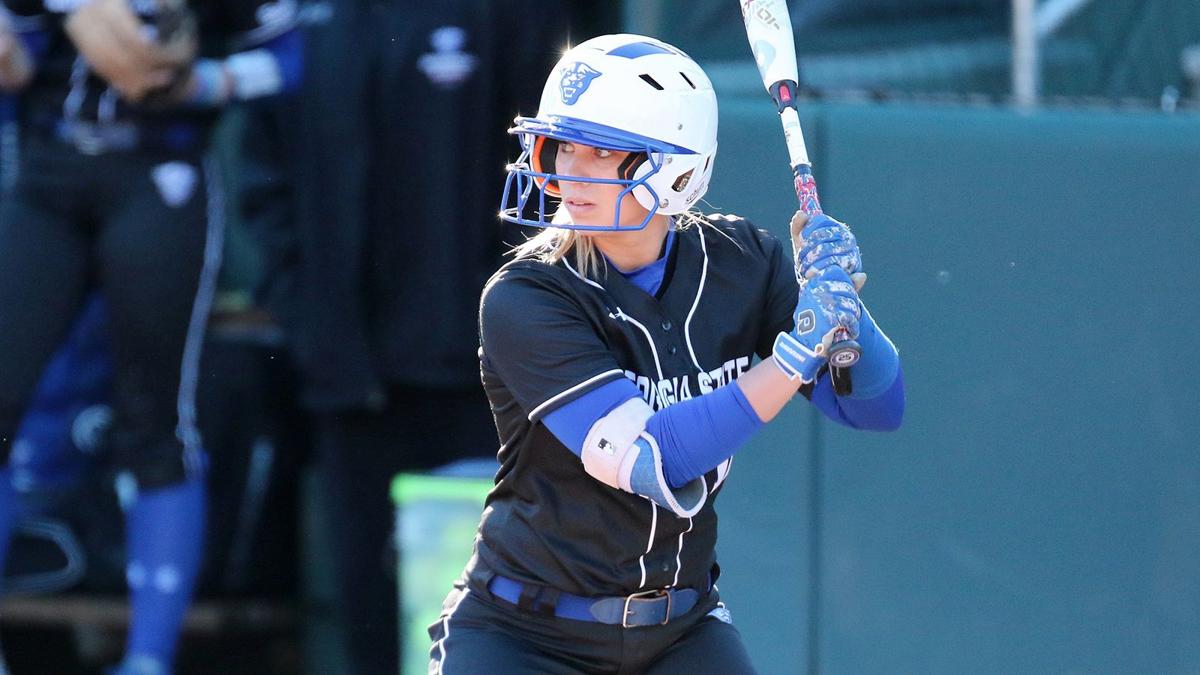 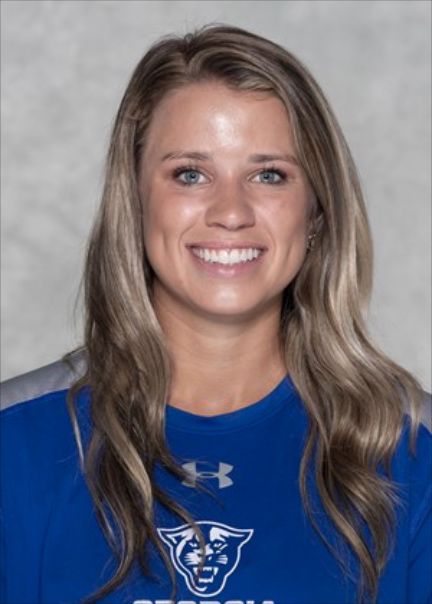 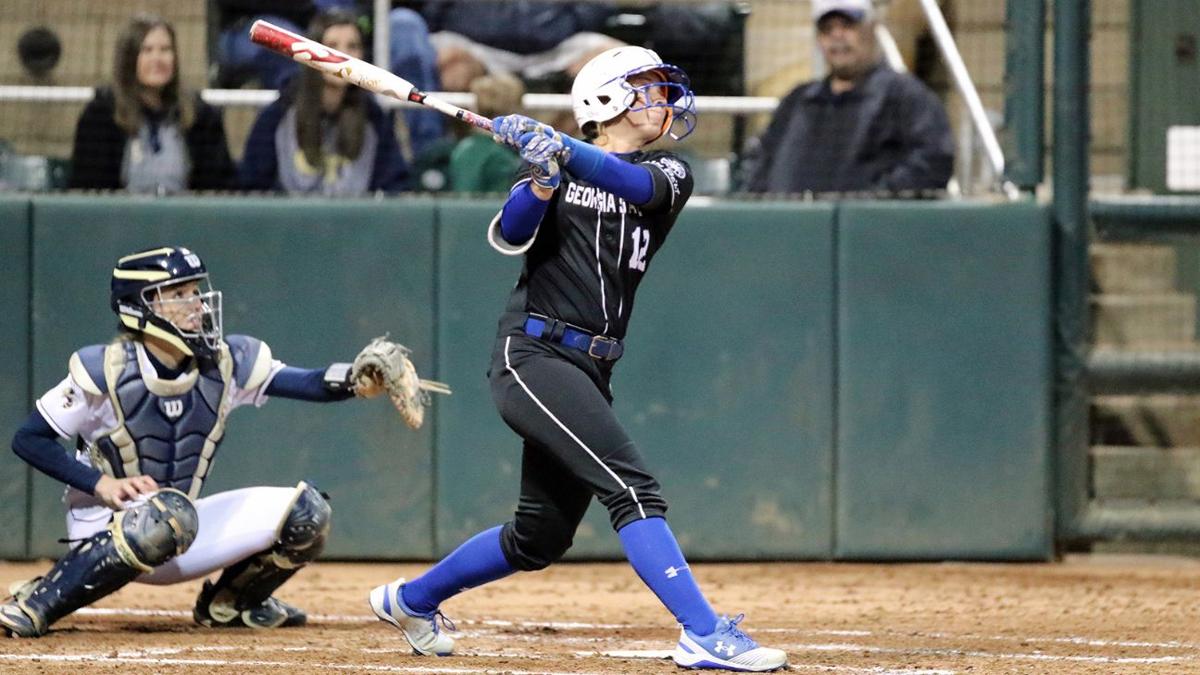 Eastside grad Caitlin Ray follows through on a swing during a Georgia State softball game. 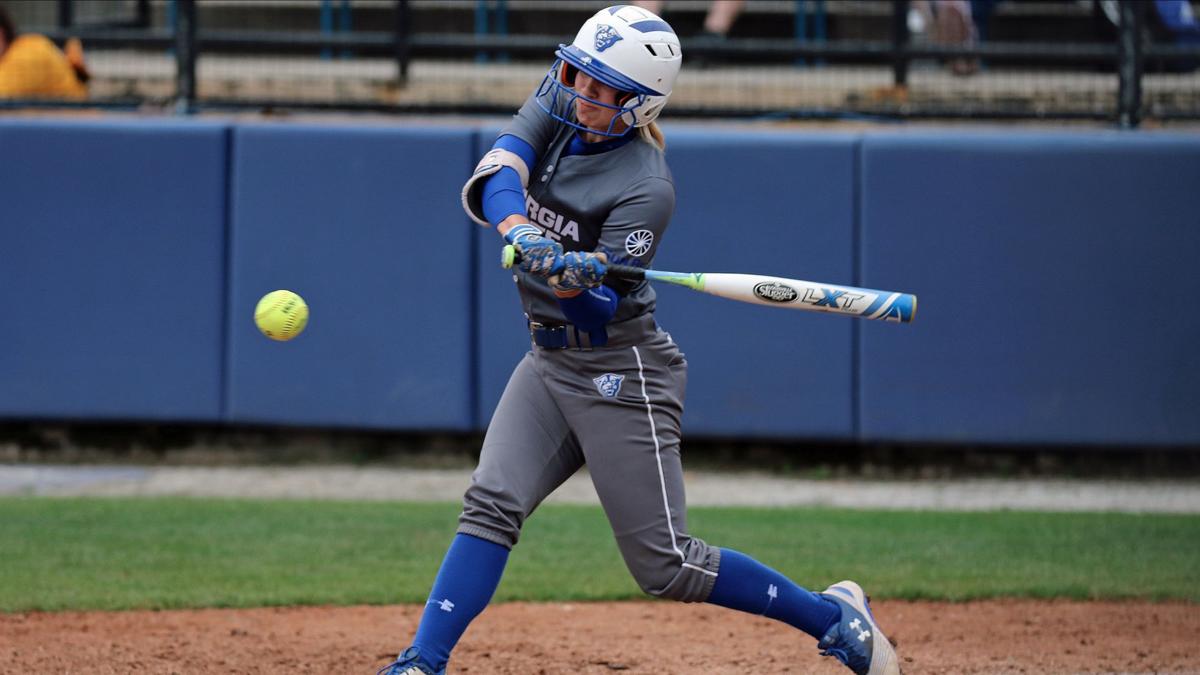 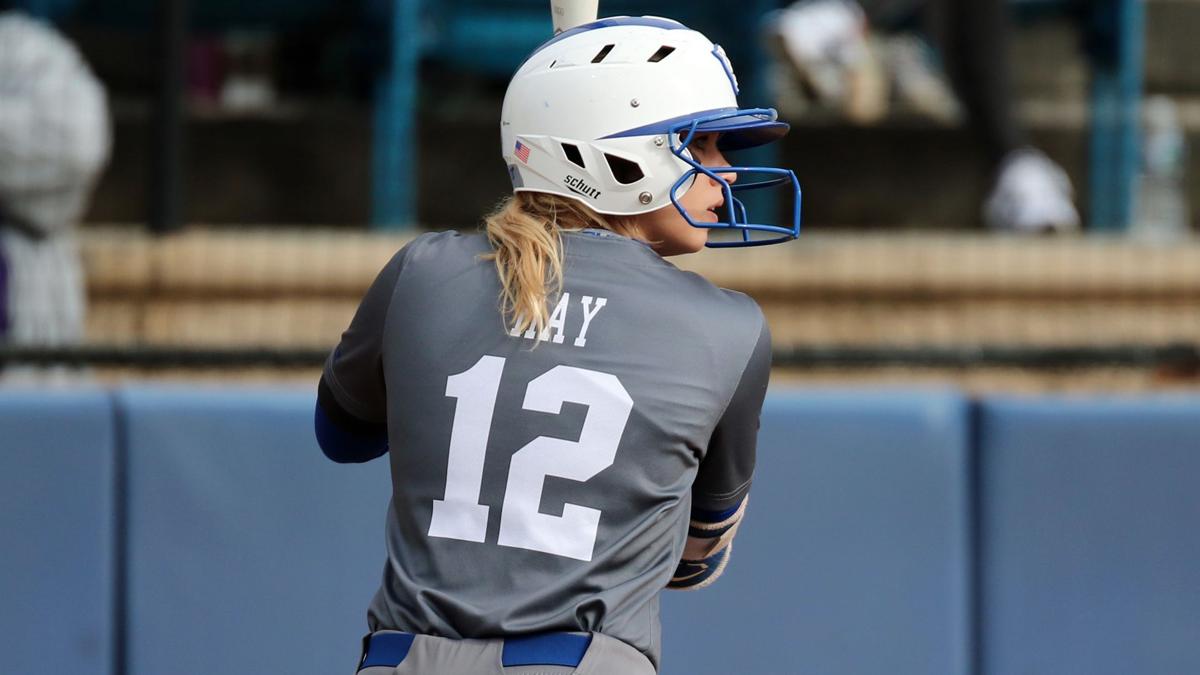 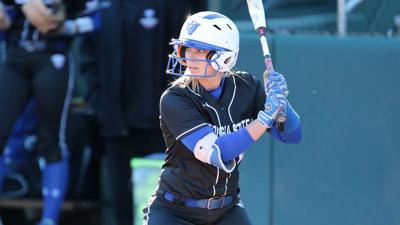 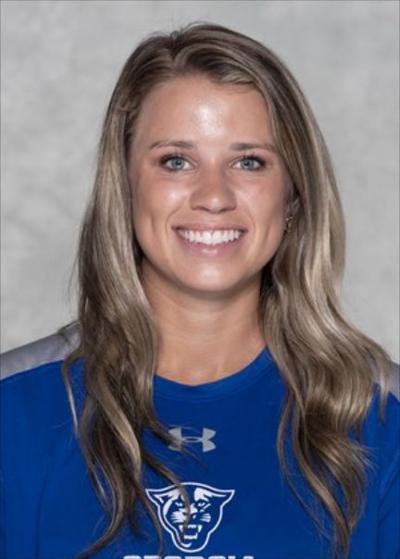 Eastside grad Caitlin Ray follows through on a swing during a Georgia State softball game.

A worn-down shoulder and academic goals made Caitlin Ray’s decision before she played a game this season.

The former Eastside standout, an infielder at Georgia State, planned on the 2020 season being her last in college softball, even though she had eligibility left for 2021. Her coaches knew the plan, too, so they treated her redshirt junior year more like a senior year.

That’s why it hurt more when the coronavirus pandemic ended her season after just 22 games.

“It was like a knife got stabbed into my chest,” Ray said of getting the news the season was canceled. “It was really hard to take in because I had already planned that this was going to be my last season. It was hard to know it ended.”

Ray began and ended her career with a torn labrum in her shoulder, injuries that slowed the start of her college career and expedited its conclusion. She tore her labrum 30 minutes into her first college practice while diving for a ball, which forced a redshirt season in 2017. She returned in 2018 and starred for the Panthers in 2019, leading the team in batting average, slugging percentage, on-base percentage, hits, RBIs, doubles, total bases, at-bats and total putouts. She hit .305 with two home runs, 16 doubles and 23 RBIs last year, and was better in conference play with a .326 batting average.

She hit .250 with two home runs, four doubles and 10 RBIs early this season for a Georgia State team that was only three games into conference play when the season stopped.

“As a hitter, C-Ray has a sweet left-handed swing,” Georgia State head coach Roger Kincaid said. “She uses the whole field and makes a living hitting the ball to the opposite field gap. She is known as the Doubles Queen. Every time she walked to the plate, I believed something good was about to happen.”

That she played hurt — she tore her labrum again back in October — impressed her coaches even more.

“C-Ray is our SAAC (Student-Athlete Advisory Committee) representative and does a fantastic job for our team,” Kincaid said. “She is a team leader and a go-to person for our coaches and players. I ask her to do a lot to help me. She is always willing to pitch in and do whatever I ask of her. C-Ray has played almost two years with a shoulder that needs to be repaired. She has put it off because she knew that her team needed her to play. It has been the most selfless thing I have ever seen. She lives our motto, big team, little me. I have no idea how she has done it. The toughness, grit and determination that she has shown is unbelievable.

“C-Ray is one of the all-time best players that I have ever coached. She walks the walk and talks the talk. She lives her faith every day and I have great respect for her. The impact that she has had on our program will last forever. I always talk to the seniors about leaving a legacy and C-Ray will leave a legacy that we will always use as an example. I am so proud of C-Ray. I am blessed to be one of her coaches. I love her like she is my own and she will always be a part of my family. I am excited to see how she writes the next chapter of her life. I know she will do great things.”

Up next on Ray’s to-do list is June 1 surgery to repair her shoulder, then she expects to be very busy with the remainder of her academic career at Georgia State. She developed an interest in speech therapy as a high-schooler and has worked toward acceptance into Georgia State’s Communication and Science Disorders Graduate Program.

She learned of her acceptance into that program the same day she found out the college softball season was halted. She called it appropriately a very “up-and-down day.”

After she found out softball was over, she took time away from the sport.

“Afterward I didn’t even want to look at a softball for a week,” she said. “I was like, ‘I can’t do it.’ Now I’m helping out with my dad. My sister still plays so I throw to her sometimes. Now I’m just going on a lot of walks and runs, just clearing my mind.”

Ray plans to commute to Georgia State from Newton County during her three-year graduate program, and also is set to continue her involvement with softball. She has accepted an offer to be a lay coach for the high school team at Eastside, where her younger sister Natalie is a heavily recruited sophomore.

“I think it’s going to be weird at first (to coach my sister), but I think I’ll have a lot of fun,” Ray said. “I definitely still want to be in the softball atmosphere.”

60% of Sturgis residents were against a motorcycle rally that brings in thousands but the city approved it. Here's why

Adults may not be the only Covid 'long haulers.' Some kids still have symptoms, months after falling ill

60% of Sturgis residents were against a motorcycle rally that brings in thousands but the city approved it. Here's why

Adults may not be the only Covid 'long haulers.' Some kids still have symptoms, months after falling ill