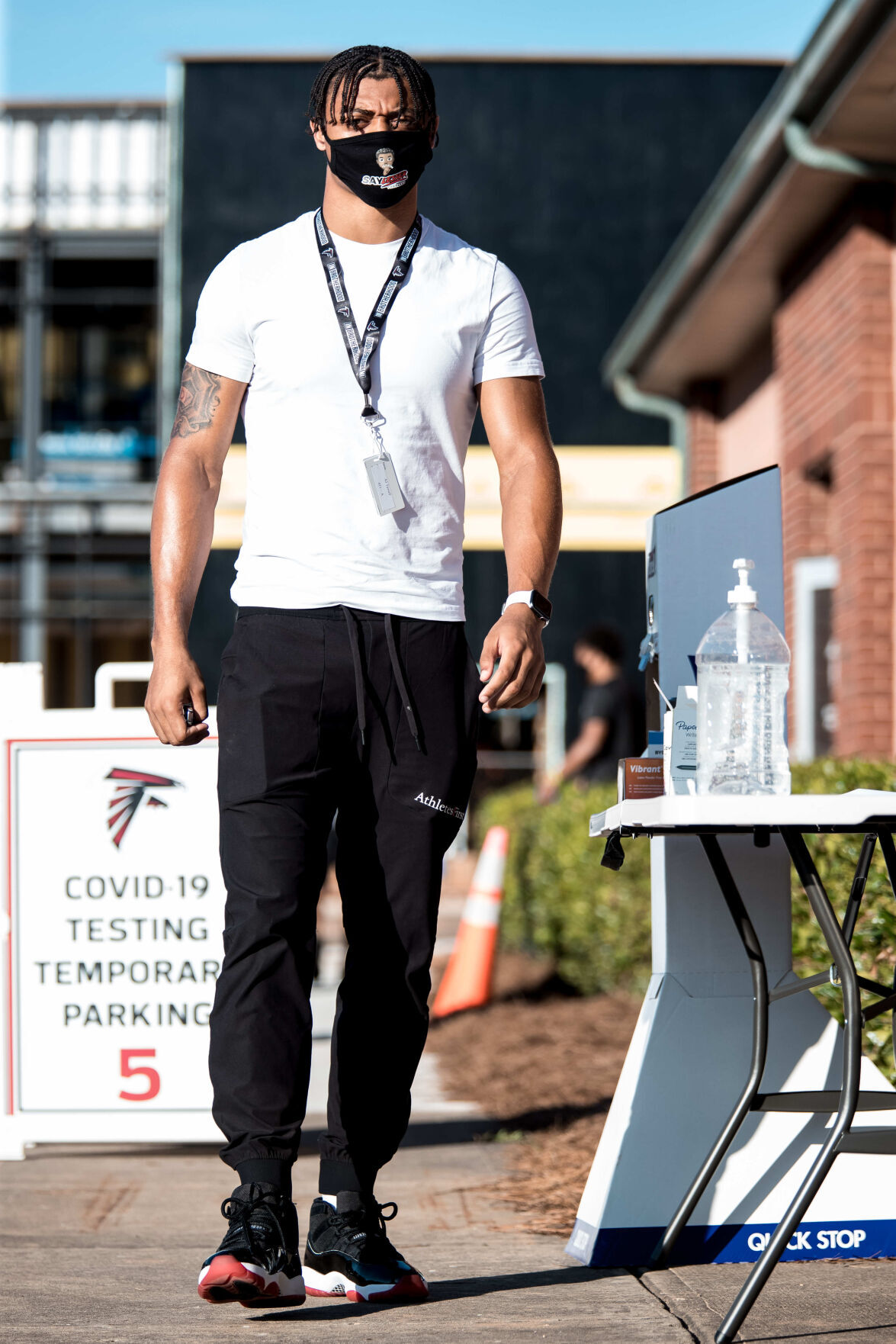 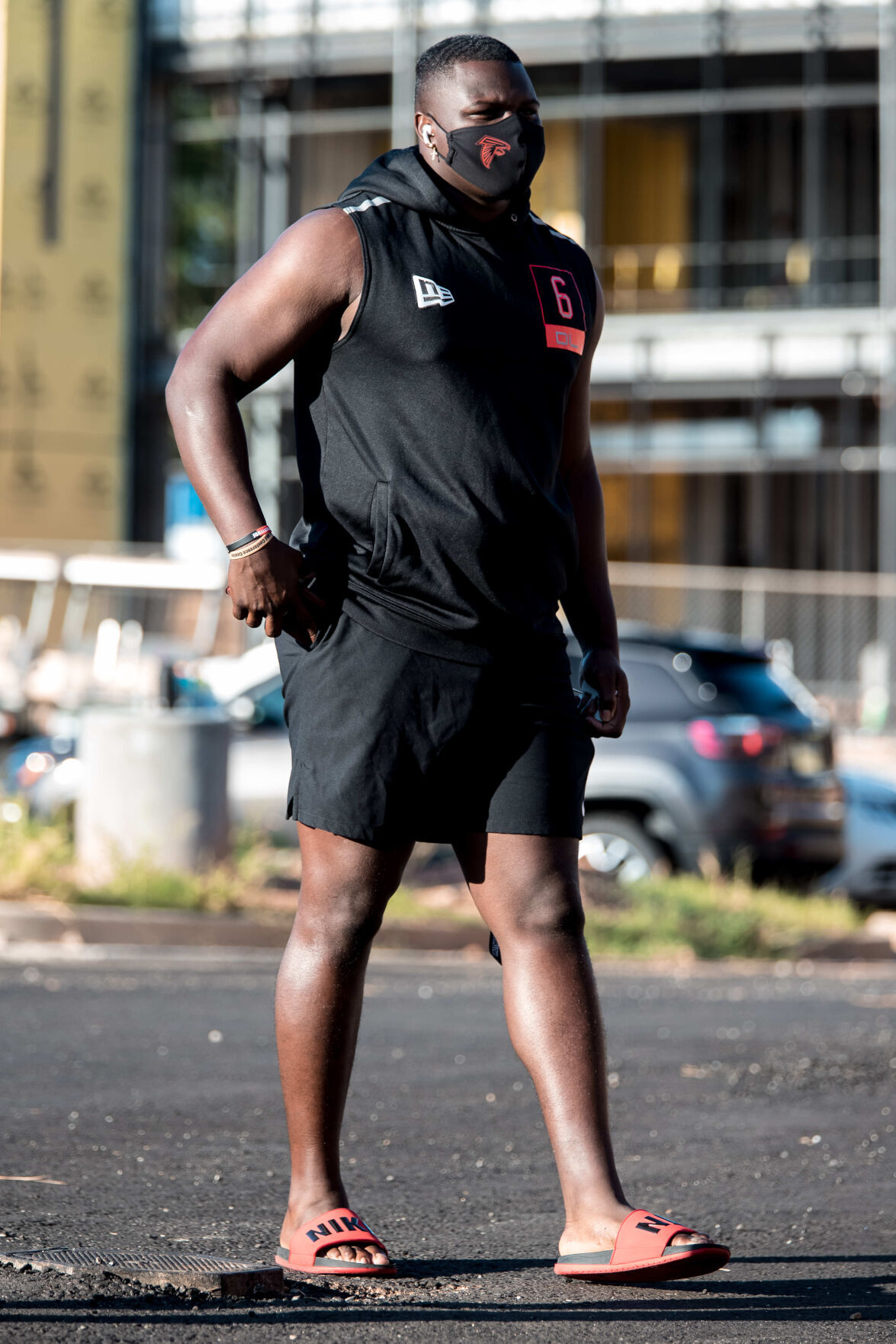 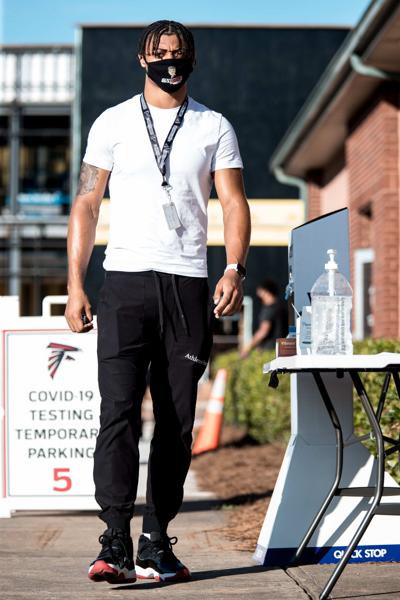 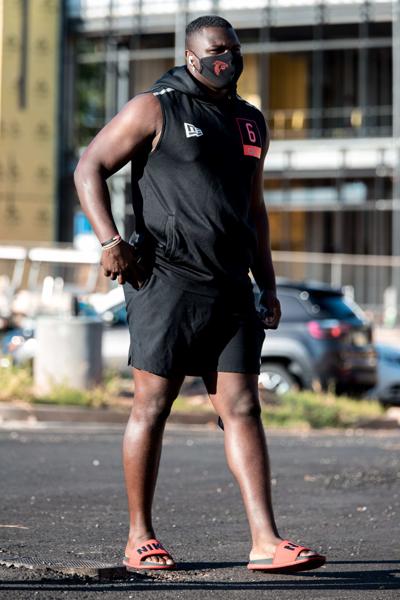 A summer of the COVID-19 pandemic meant a much different transition for NFL rookies.

The Atlanta Falcons’ rookie class arrived in Flowery Branch on Sunday — ready to work at the team facility that was off limits for months because of the coronavirus — after an odd offseason that included cancellation of many pre-NFL Draft workouts as well as the switch from an in-person to a virtual draft.

In the ensuing weeks after the draft and rookie free agency, the league’s newbies lost rookie minicamp, OTAs and minicamp. The calendar is poised to flip to August and they haven’t participated in true NFL practices. They won’t have any preseason games to prove themselves.

The buildup to their first NFL season was virtually all virtual.

That said, players and coaches around the league have been pleased with the learning process through Zoom meetings, and the rookies have received plenty of support. The Falcons have prepared them through conversations with not only coaches, but fellow players.

The team’s work included chats with stars like Grady Jarrett and Matt Ryan, who offered advice to rookies entering the NFL during a unique set of circumstances. Atlanta unveiled clips of those talks as part of the “Building for 2020” series.

“You get out what you put into this game,” Jarrett told the rookie class. “There’s no hiding, especially on the this level with what it takes to be great every day. You put the work in every day. You can’t pick and choose. Everything you do is going to be evaluated. … It’s a decision you have to make day in and day out that you’re going to put your best foot forward. Just trying to get by is not going to get you anywhere in this league.

“It doesn’t matter where you came into the league. It’s just about being on your process day in and day out. Everything else will take care of itself. I came into the league prior to (head coach Dan Quinn’s) first draft class. I think I’m the only one left. The times show you that you’ve got to control what you control and don’t shoot yourself in the foot. I’ve seen so many guys come into the league … kind of played themselves out in the league and when they were out, they wanted to do everything they could to get back in. Don’t take this chance for granted. You’ve got to look at it as a once in a life opportunity, which it is. It’s something you’ve worked your whole life for. Why would you let anything else come in between what you’ve been working for?”

Jarrett, drafted in 2015, has quickly become a team leader and a Pro Bowl defensive lineman. He will work in close proximity with several rookies, including second-round pick Marlon Davidson from Auburn on the defensive line. The defense also figures to rely heavily on former Clemson cornerback A.J. Terrell, the Falcons’ first-round selection.

“I’m always accessible, whatever you may need,” Jarrett said in the rookie meeting. “I’m going to be a guy that I’m going to put my neck on the line and I’ll be the example for you for how to be a pro, handling business on the field, off the field. Whatever questions you have for me, I’ll be glad to answer. I learned a lot by watching people, things to do and also things not to do. All advice isn’t good advice. Make sure you surround yourself with good people on the field and off the field.”

Ryan gave the rookies advice as well, drawing on experience from playing in the NFL twice as long as Jarrett. The 2016 NFL MVP set expectations of what players should be doing while away from Flowery Branch.

“We’ve all sat in your seat before as rookies and coming into a new situation,” Ryan said. “Obviously this year is different for sure, a little more difficult. But I think there’s an expectation from us as veteran players that you’re pulling your weight wherever you’re at, that you’re doing the work you need to do to get yourselves ready to go when this all kicks off.”

The quarterback also compared the coronavirus-impacted offseason to the 2011 NFL lockout, which impacted that year’s rookies in a similar way because it eliminated the offseason from March to late July.

“One of the benefits for me of playing, going into Year 13, is that I’ve had all kinds of different offseasons,” Ryan said. “This one reminds me a lot of the 2011 season when we were locked out. … We had a rookie on our team that year, Julio Jones, coming into the league. He had no offseason, no OTAs, no nothing. Training camp started later. And he went out and set the league on fire. There’s no excuses, there’s no rule because of this situation. You guys have everything you need to get yourselves ready to go.”

POLL: Do you think Major League Baseball can finish the season?

With MLB canceling games in the first week due to COVID-19, do you think the league will be able to finish the season?

Tekashi 6ix9ine releases new song and video after being freed

Growing up in a violent environment is likely to lead to accelerated aging and disease risk, new review of studies shows

Tekashi 6ix9ine releases new song and video after being freed

Growing up in a violent environment is likely to lead to accelerated aging and disease risk, new review of studies shows