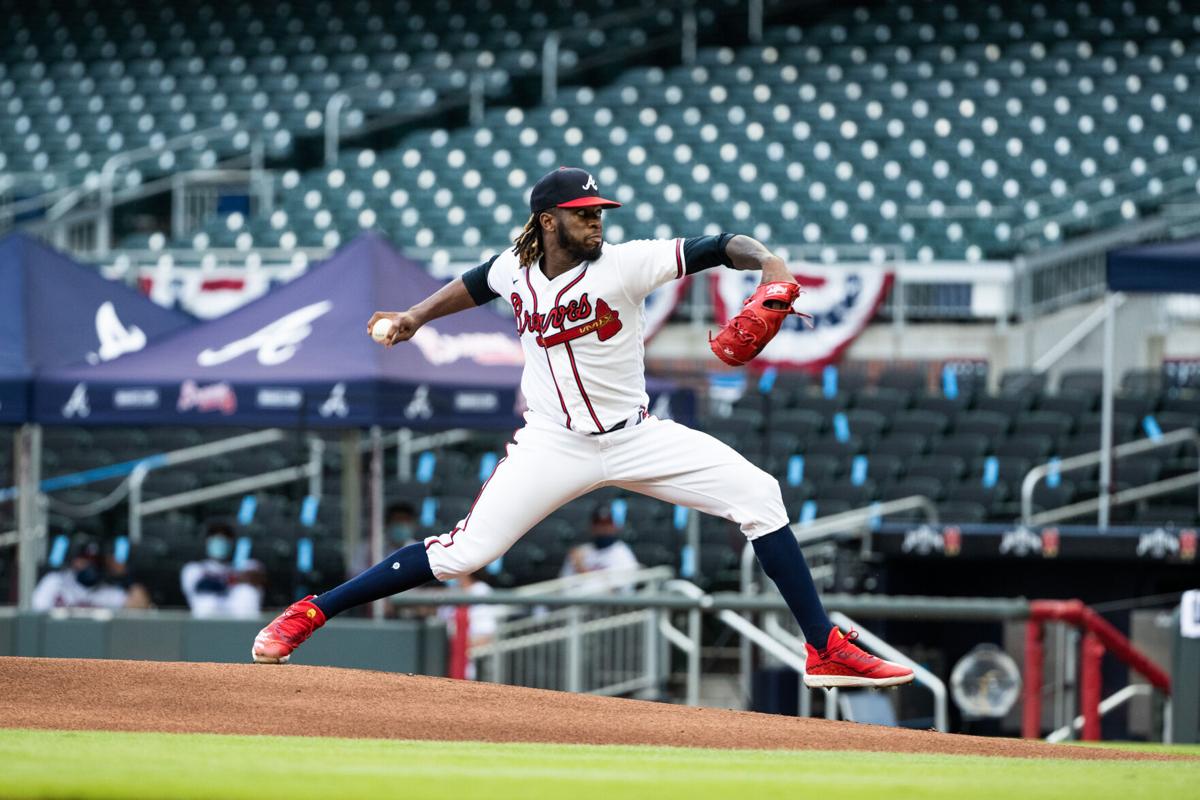 Touki Toussaint pitches in the Braves' victory over the Mets on Saturday. 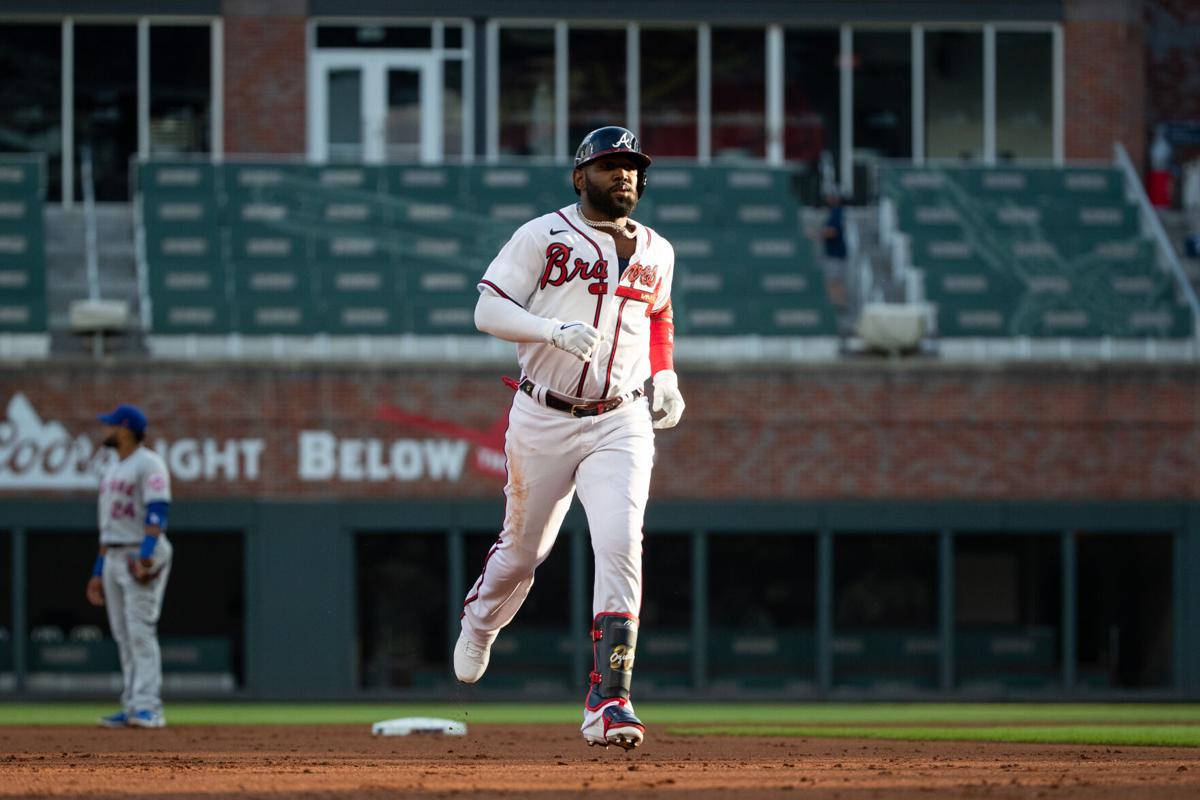 Atlanta's Marcell Ozuna trots around the bases after his first-inning home run Saturday against the Mets. 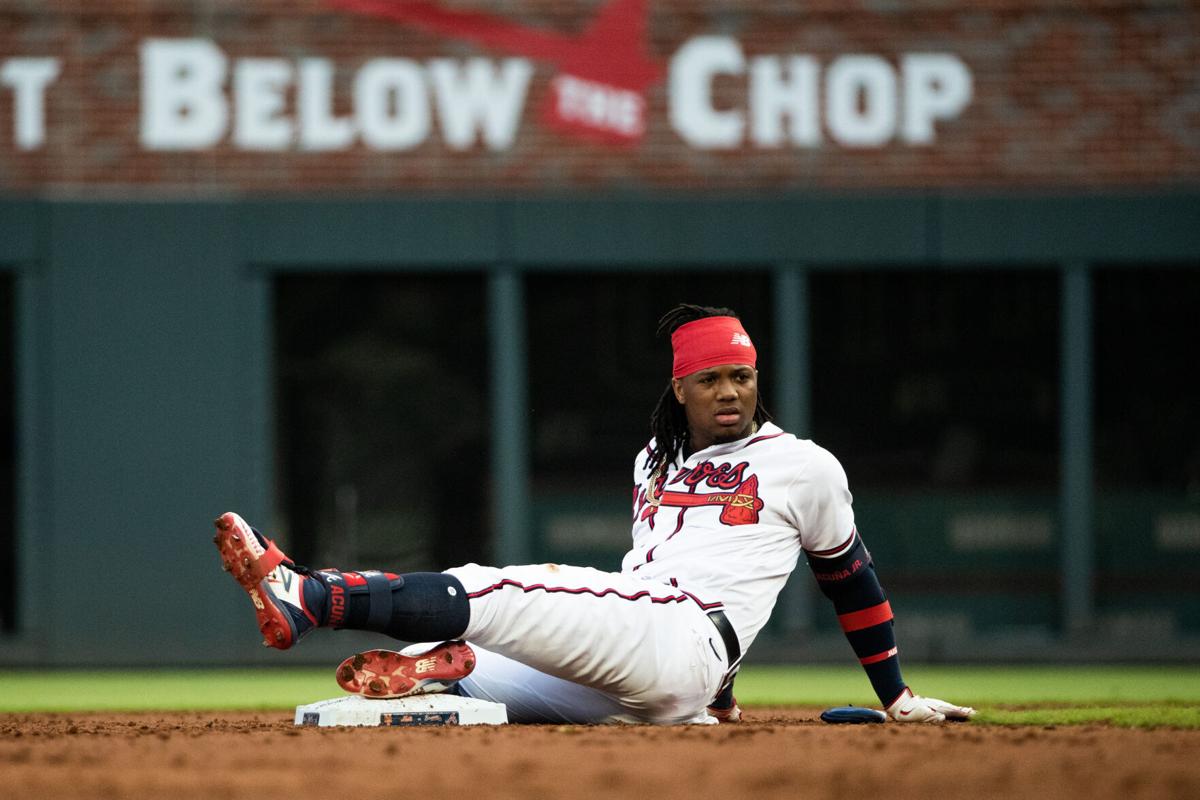 Atlanta's Ronald Acuna Jr. slides into second base with a double Saturday in a win over the Mets.

ATLANTA — Touki Toussaint was effective in his first start of 2020, and the Braves jumped out to a quick five-run lead Saturday night in a 7-1 victory over the New York Mets.

Toussaint, looking to fill the spot in the rotation vacated by the demotion of Mike Foltynewicz, pitched four scoreless innings in the best outing of what has been a rough season thus far for the right-hander. He struck out five batters, walked three and allowed three hits.

Luke Jackson gave up the Mets' only run in 2/3 of an inning in relief of Toussaint, but Josh Tomlin, A.J. Minter and Darren O'Day shut out New York over the final 4 1/3 innings.

Atlanta (6-3) went ahead 2-0 in the first inning on a 422-foot home run from Marcell Ozuna that scored Freddie Freeman, who had just walked. Ozuna went 2-for-4, upping his season average to .367.

Dansby Swanson's single then kicked off a three-run second inning. With two outs, Tyler Flowers doubled to score Swanson. Ronald Acuna Jr. followed with an RBI double and Ozzie Albies drove in the inning's third run with a single.

The Braves tacked on single runs in the fifth — on an Ender Inciarte RBI single — and the sixth — on a home run for Acuna. The 2-for-5 night was a welcome sign for Acuna, who is hitting .184 through nine games.

Jake Paul has propelled to fame as a brash social media villain. And he loves it

Jake Paul has propelled to fame as a brash social media villain. And he loves it