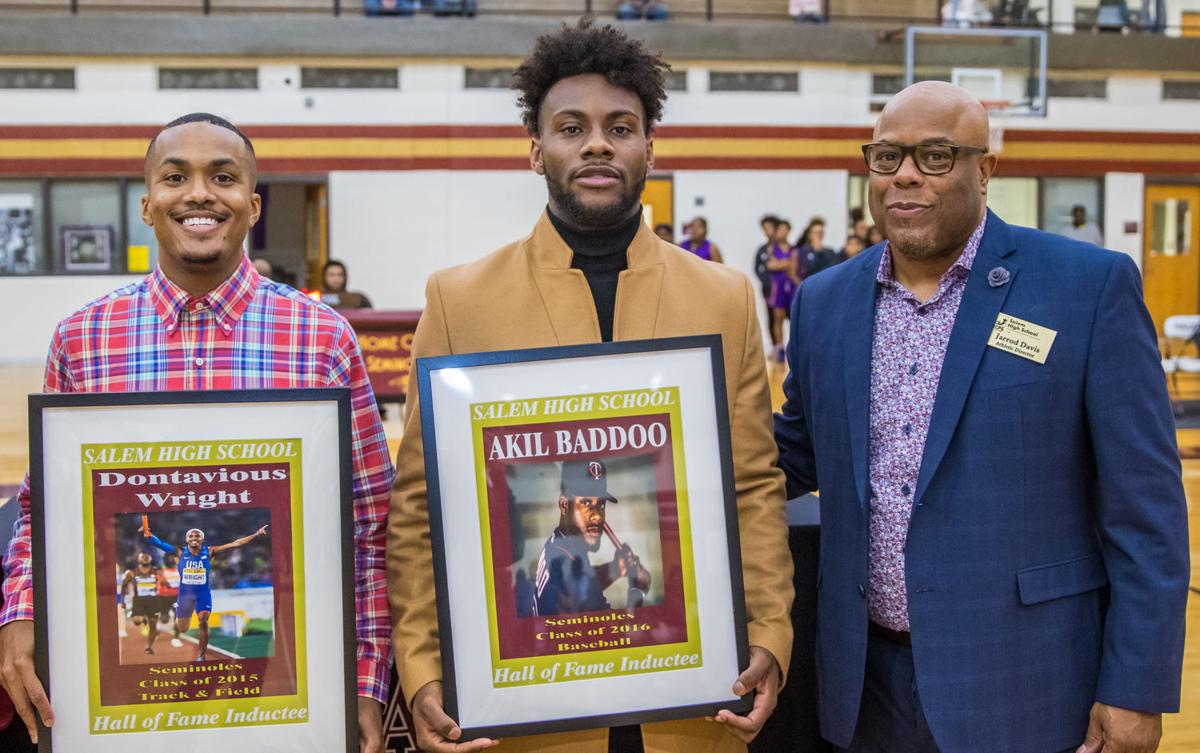 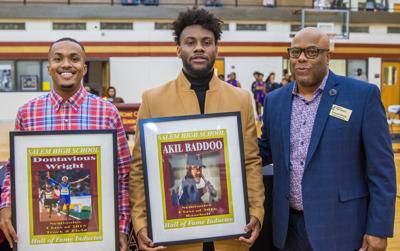 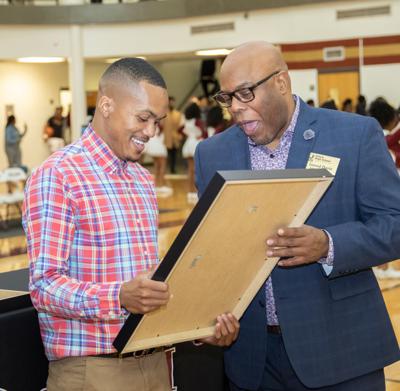 SALEM — Two of Salem’s finest were back inside the high school last Friday night to be inducted into the Seminole athletic hall of fame class of 2020, a tradition the school hosts every two years.

2012 graduate Dontavius Wright and 2016 graduate Akil Baddoo were the lucky recipients this year, both of whom have gone on to continue their athletic careers at the professional level.

After winning national championships at both Hinds Community College and Stillman College, Wright has since been competing for the USA track and field team and has performed extremely well.

In 2019, Wright placed first in the 300-meter finals at the USATF indoor championships with a time of 32.81 in February before going on to win gold in the mixed 400-meter relay while competing for Team USA at the World Relays in Yokohama, Japan, in May.

Wright ran the fourth leg of the relay and crossed the finish line with a blistering time of 46.2 seconds, handing his team a victory over second-place Canada by nearly two seconds.

The former Salem standout said he was honored to be apart of the 2020 Hall-of-Fame class.

“It’s pretty cool,” Wright said. “It’s my first time getting something like this. I wasn’t expecting it, but they told me about three weeks ago that I would be inducted. It’s a nice experience.”

Badoo, a 2016 graduate of Salem, was the 74th overall pick in the 2016 MLB draft by the Minnesota Twins. He has spent four seasons in the Twins’ minor league system and has recently recovered from Tommy John surgery.

Ranked currently as the No. 17 prospect in the Twins’ organization, Baddoo, an outfielder, has a projected arrival in the MLB in 2020, projected by MLB.com. The 20-year-old most recently played for the Fort Myers Miracle, the Twins’ Class minor league team.

Back at Salem for the first time in months, Baddoo said it was a great feeling to be heading into the school’s athletic hall of fame.

“It’s truly a blessing,” Baddoo said. “I was here all four years and to see all of my hard work finally come true, I’m just honored. “It’s my first time back in four months and there’s a lot of memories. I’m just taking it all in.”

Friday’s ceremony is set to begin at 7:15 p.m. in the Salem gymnasium.

US ranks lower than 38 other countries when it comes to children's wellbeing, new report says