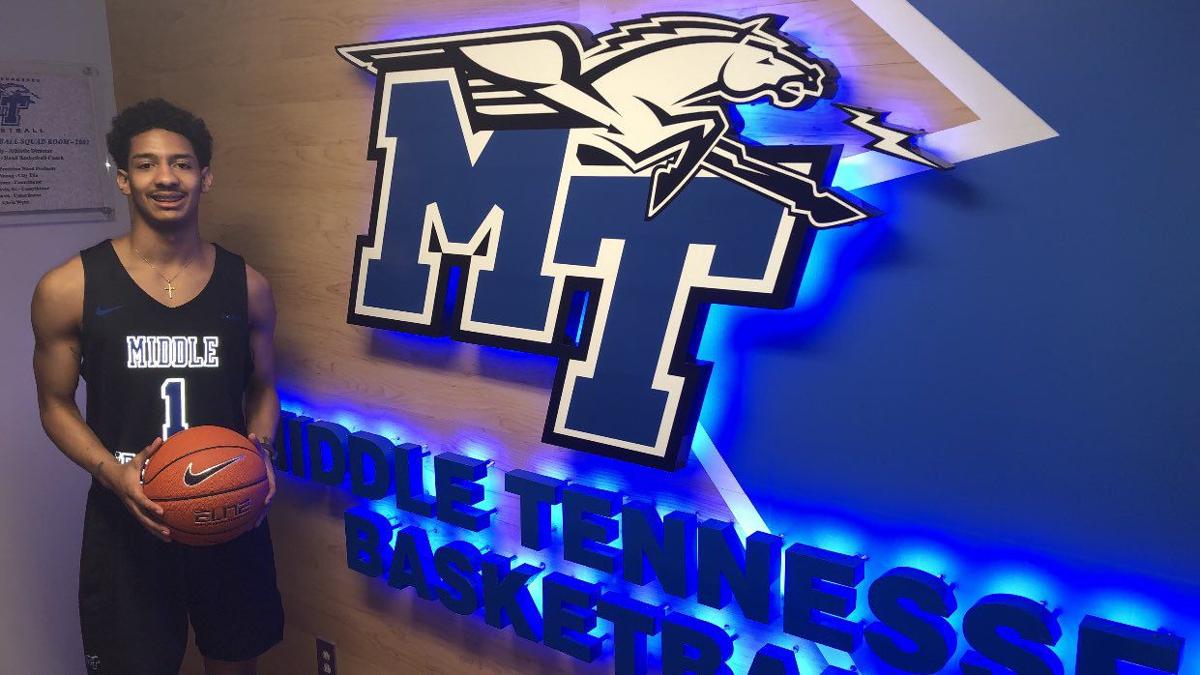 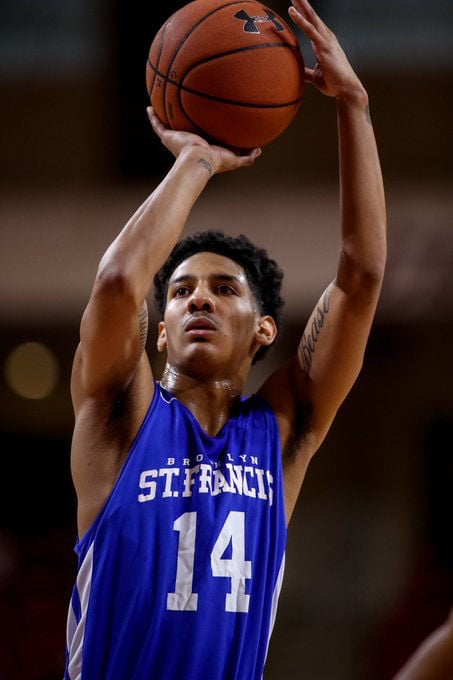 Jalen Jordan played two seasons at St. Francis in Brooklyn, New York where he averaged better than 43% shooting from behind the arc. 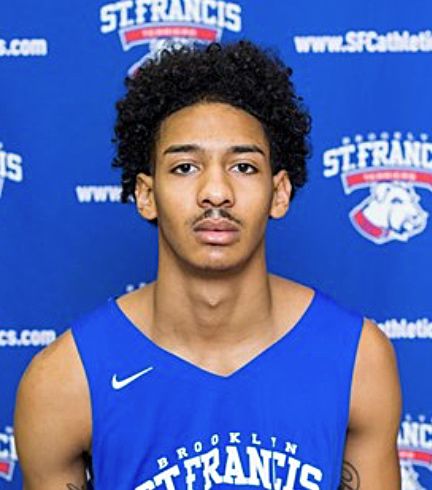 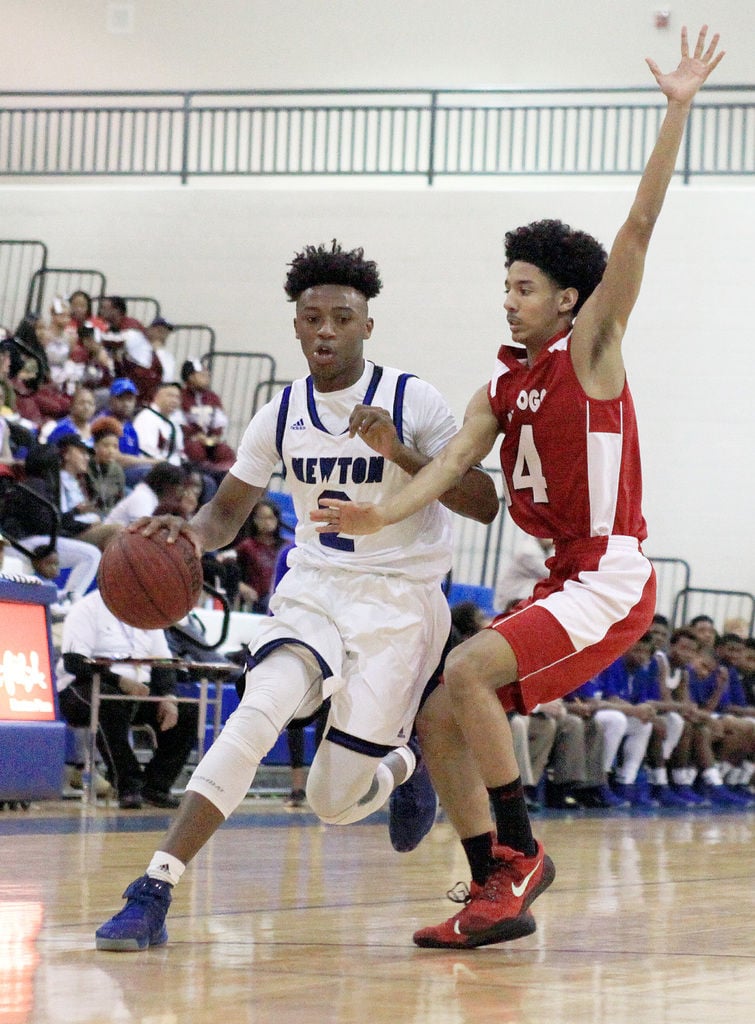 Rockdale's Jalen Jordan (14) attempts to keep Newton's Ashton Hagans (2) from reaching the lane during the first half of the Region 2-AAAAAA semifinal game on Friday. 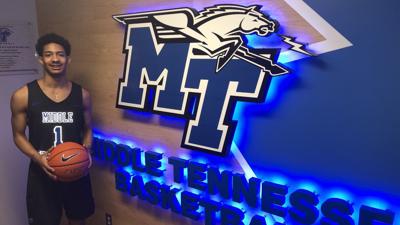 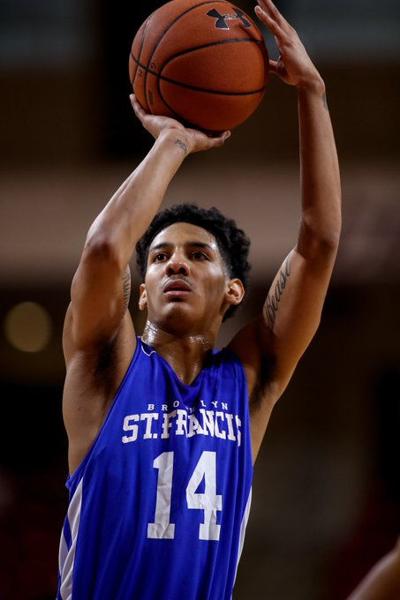 Jalen Jordan played two seasons at St. Francis in Brooklyn, New York where he averaged better than 43% shooting from behind the arc.

Rockdale's Jalen Jordan (14) attempts to keep Newton's Ashton Hagans (2) from reaching the lane during the first half of the Region 2-AAAAAA semifinal game on Friday.

CONYERS — Jalen Jordan’s path to becoming a Division 1 college basketball player wasn’t one for the faint of heart.

From playing one year of prep school basketball in rural Scotland, Pennsylvania, population 1,395, to his two years of playing FCS basketball in Brooklyn, New York, a college undoubtedly lying in the shadows of the big city, Jordan didn’t know what to make of his instantaneous popularity boost in late April.

Contemplating a transfer from St. Francis of Brooklyn, an FCS program that welcomed him with open arms in the city that he once called home at an early age, the former Rockdale County standout eventually landed on a decision.

“I definitely put a lot of thought into it,” Jordan said. “Towards the end of my sophomore year, I was talking to my dad and he was telling me how I could possibly put name in the (transfer) portal and play on a bigger stage. That’s something that I’ve always wanted to do. Coming out of high school, I always wanted to play on the biggest stage possible and play against the best competition.”

Nearly two months removed from the end of the 2018-19 basketball season, Jordan debated whether or not it was too late to toss his name into the portal. Not knowing what to expect, Jordan entered the portal and soon came to the realization that he had made the correct decision.

“I was told that there are 1,000 kids and only 300 Division 1 schools,” Jordan said. “How likely are you to get picked out of 1,000 kids? I thought I had a good sophomore year, so I ended up putting my name in the portal. On my walk home, which is an 8-minute walk, my phone was already buzzing.”

“St. Bonaventure called me right away,” Jordan said. “They said, ‘Jalen, we saw that your name was just in the portal and would love to offer you a full scholarship.’ Right on the spot literally eight minutes after I put my name in. It was ridiculous. After that, I was getting calls from schools that I would never even think of. Butler, Tulane, Temple, Georgia State.”

With numerous schools reaching out to Jordan, his list was narrowed down to Georgia State and Middle Tennessee State. With his first set up to visit the latter, it wasn’t much longer after that that his new destination was realized.

“When I went on my official visit to Middle Tennessee State, it was perfect,” Jordan said. “Everything that I wanted in a school, from the campus size, college lifestyle, arena size and coaching staff, MTSU checked everything off. It felt like home.”

Having a studious personality, one of the main contributing factors to his decision to sign predicated on the welcoming atmosphere at MTSU, one he quickly picked up on while on his visit.

“Everyone at Middle Tennessee cares for each other,” Jordan said. “Everywhere you walk, it’s always a, ‘Hey, how are you doing?’ That’s something that I like. Little things like that. That surprised me a lot when I was on campus.”

Jordan tossed around the idea around of taking his talents to Georgia State, a school he had always placed in the back of his mind. But the decision not to become a Panther and instead, become a Blue Raider was one he has zero regrets on making.

“A school that I always wanted to go to was Georgia State just because that would be home for me,” Jordan said. “I could play against good competition and my friends and family could come see me play. Georgia State was high on my list, but with Middle Tennessee, as soon as I landed and got off the plane, I knew it was the right fit for me.”

It was a feeling several years in the making for Jordan.

“Coming out of high school, all I ever wanted was to play D-1 basketball,” Jordan said. “So I guess I’m kind of reliving that high school feeling again and how a five-star or four-star recruit would feel.”

One of the most stressful steps Jordan had to take was informing St. Francis head coach Glenn Braica of his decision to transfer.

“My relationship with coach Braica was really good,” Jordan said. “The only thing that I didn’t want to do was leave him and tell him that I wanted to leave. I was nervous to tell him, but he understood. He told me that he would support me in every decision that I make and I couldn’t ask anything more from him.”

In Jordan’s two seasons as a Terrier, the 6-foot-3 combo guard quickly made a name for himself as one of the conference’s top perimeter scorers. In his first season, Jordan averaged 12.3 points and shot better than 43 percent from 3-point range.

As a sophomore, Jordan led the team in scoring with an average of 14.8 points and again, shot 43 percent from behind the arc on 89 made 3-pointers.

With Jordan’s decision to transfer, he will be forced to sit out the 2019-20 season. Jordan will redshirt before having two years of eligibility for the 2020-21 and 2021-22 seasons.

“I really don’t know what I’m about to get myself into,” Jordan said. “I do know that I will be practicing every day with my team. That’s something that I had to put into consideration when putting my name in the portal. I want to become the best player that I can be. I feel like at Middle Tennessee, they have all the right tools for me to do that.”

Less than a month removed from his official announcement on Twitter on May 7, Jordan was on campus at MTSU for the month of June working out with the team and getting acclimated to his soon-to-be home.

“Their system has shown me results in the one month that I’ve been there,” Jordan said. “I’ve gained nine pounds. With my conditioning, I’m at top shape right now. My teammates that have redshirted, they told me that it is going to be a long year. I know that I’m going to get better. I just have to stay the process and enjoy it.”

Just a few short weeks away from moving onto campus full time, Jordan made sure to thank both his father and his former AAU coach for helping him realize his full potential and leading him down a path most wouldn’t dare to walk.

“They taught me to see the bigger picture,” Jordan said. “Back in high school, I was really impatient. I wanted to become a Division-1 player right then. I knew the road that I was going to take wasn’t a straight road. There were definitely bumps and curves and what not. The road I took, going to prep school and St. Francis, I’m just blessed. It was hard work, long nights in the gym and sacrificing. I feel like I’ve done that and I’m reaping the benefits now.”

The art of Potato Thing: There's a trick to creating the most perfect, golden goodness

Thunder pull away to rout Hawks