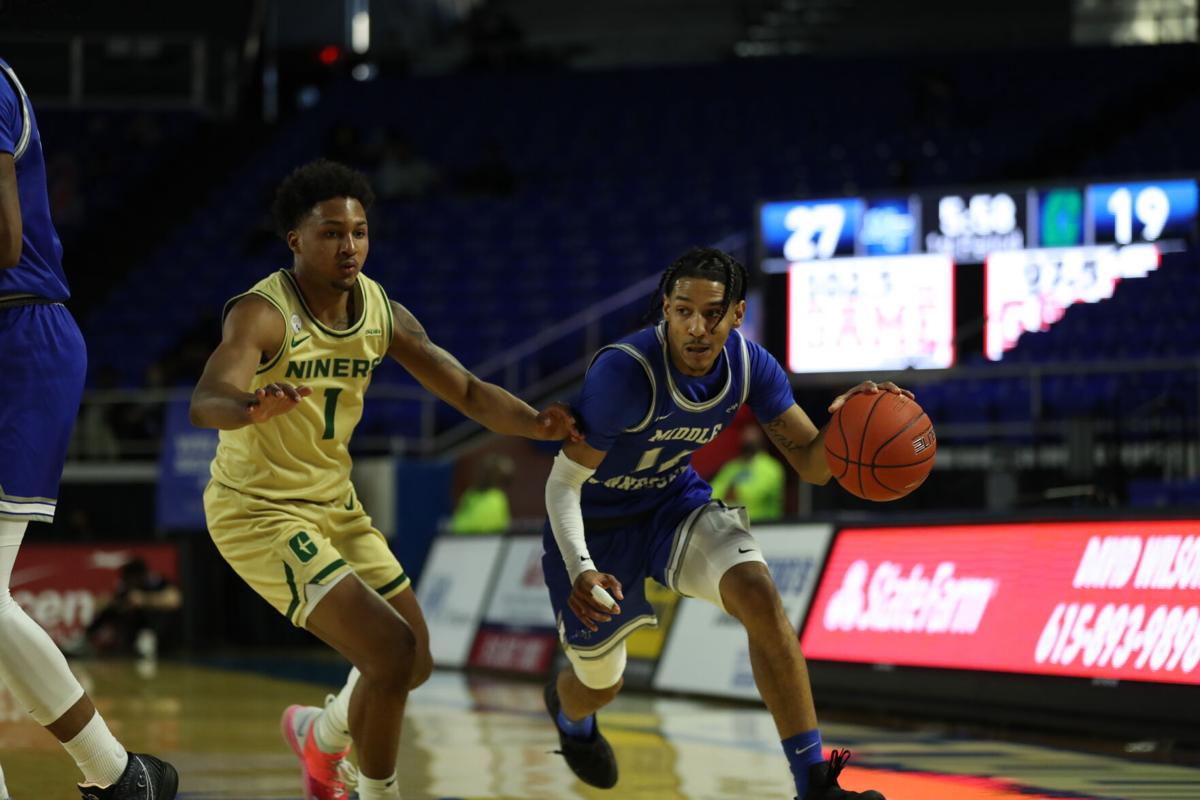 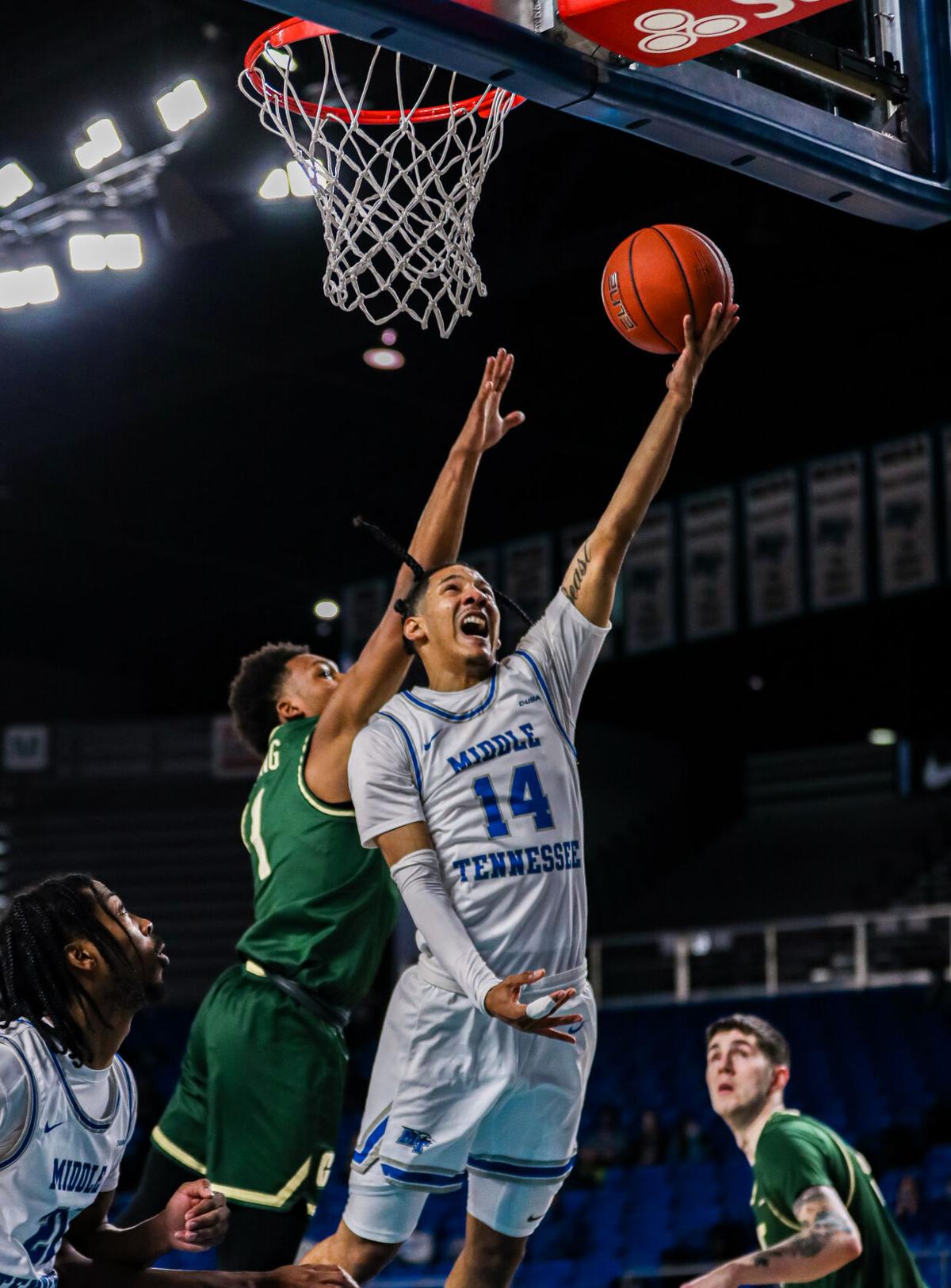 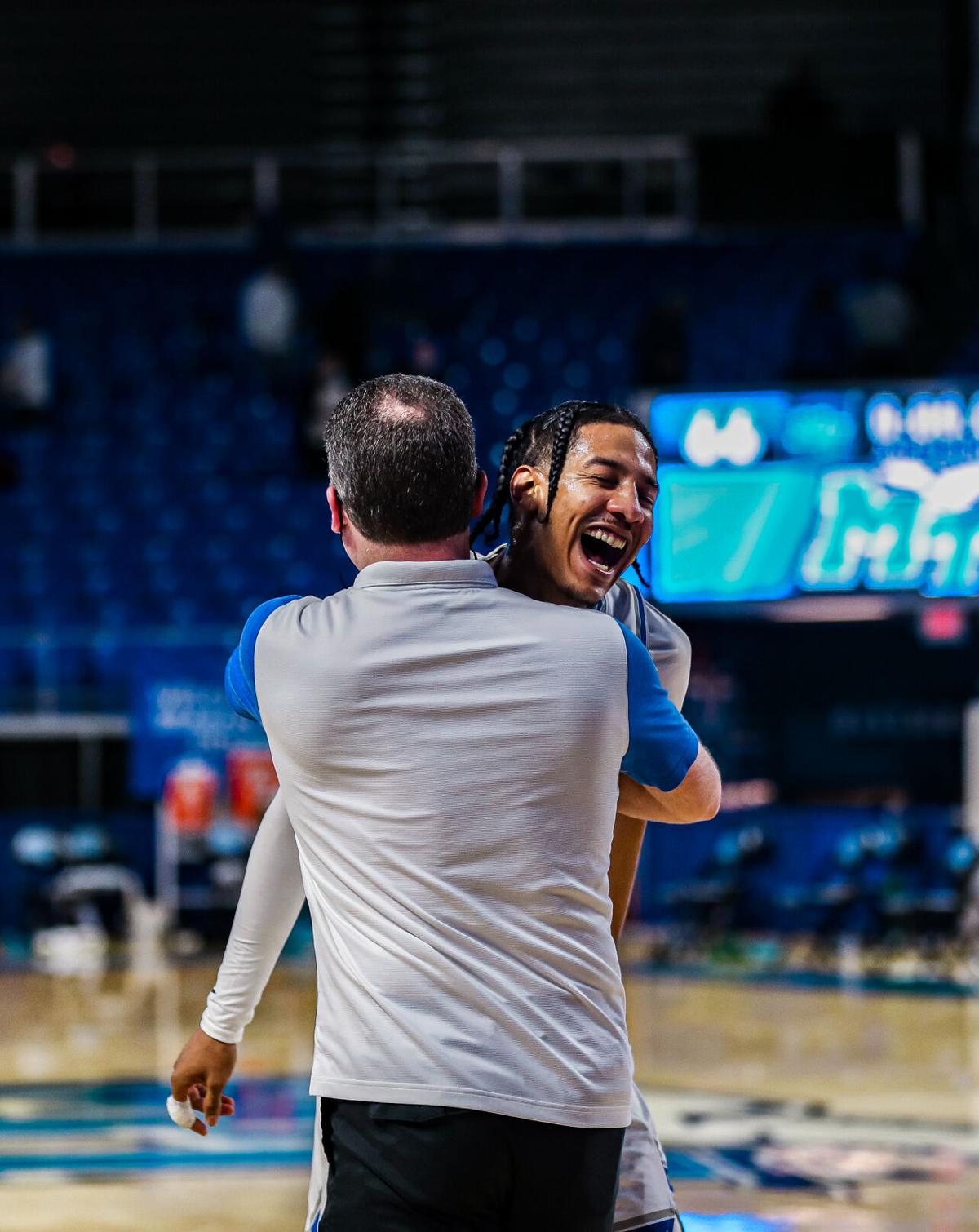 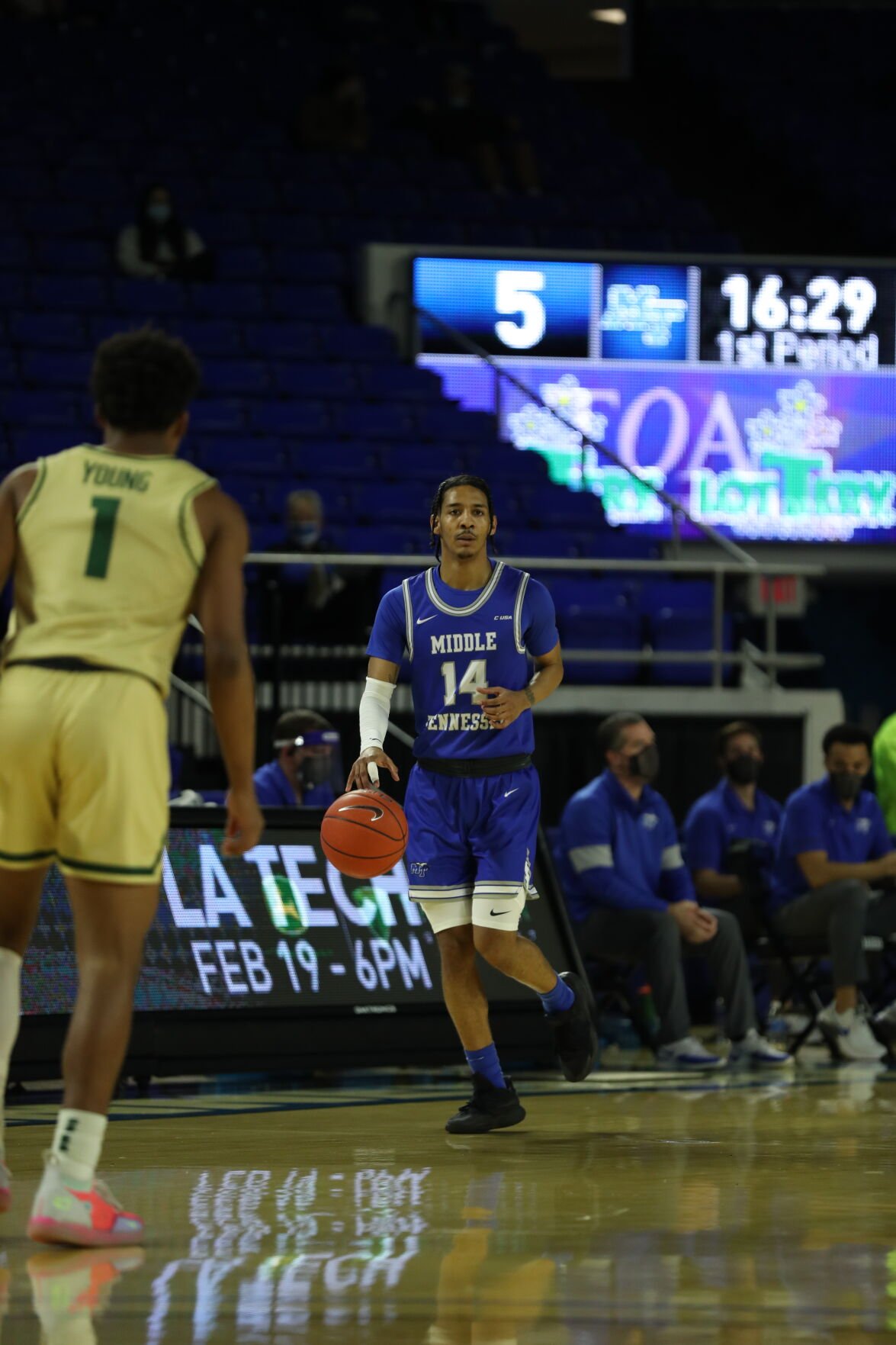 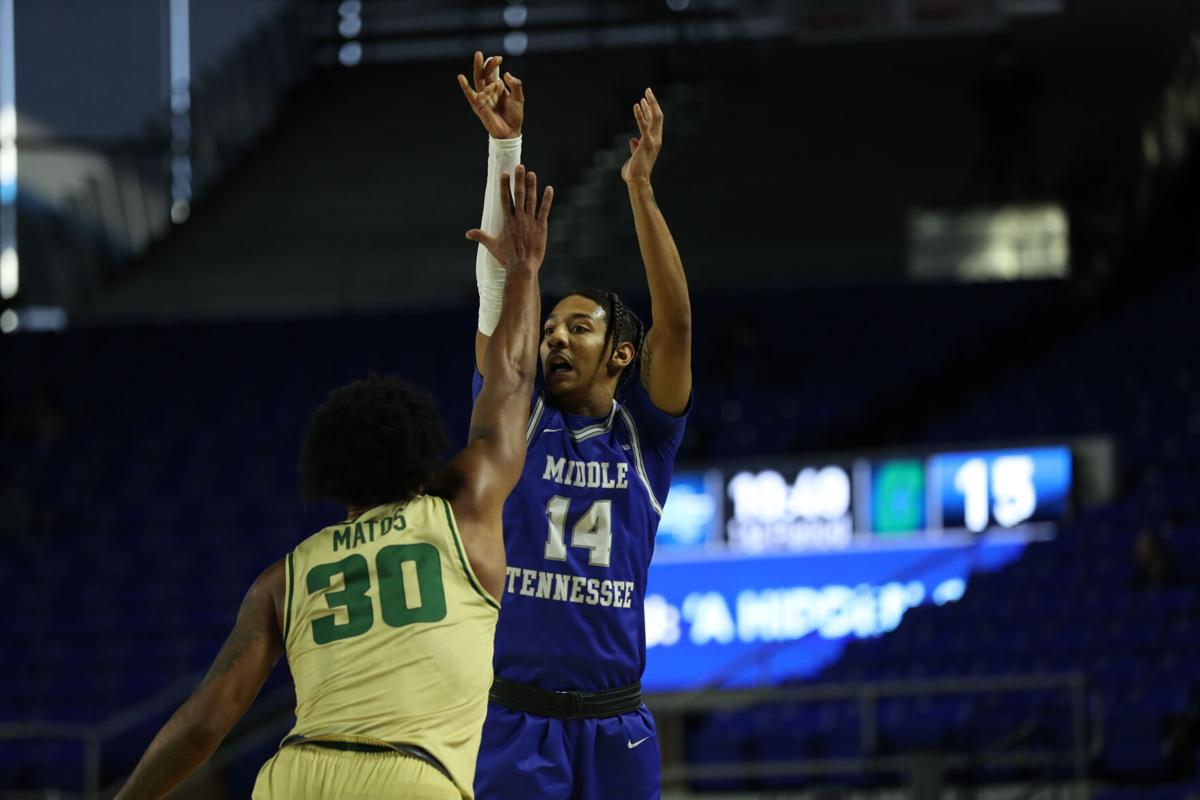 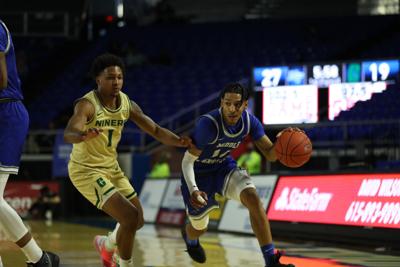 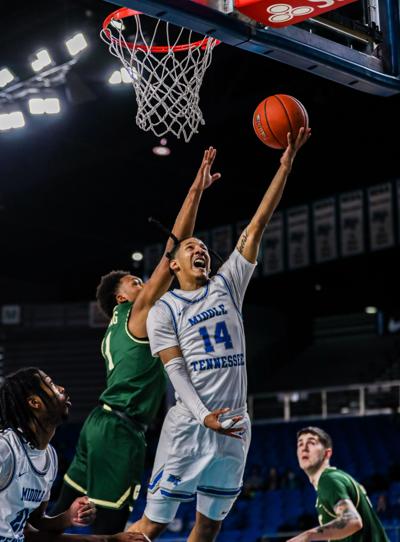 Having to navigate this strange basketball campaign has been tough enough with the COVID-19 pandemic wreaking havoc on seemingly everything in its path. Add into the mix a couple of shooting hand injuries and it’s difficult to see how Jordan has been able to stay hungry to get better, let alone produce at a high level in his first year suiting up for Middle Tennessee.

The junior guard has a lot of grit and moxie, though, born out of constantly feeling like he has something to prove on the court. It’s helped him battle through the injuries and the team’s COVID-19 setbacks and come out a stronger, wiser player.

Think there aren’t many more space firsts beyond the first man on the moon? Think again with a look at 50 historic firsts in outer space. Click for more.

“The season hasn’t gone like how anyone planned it, but we’re getting through it,” he said. “I’ve leaned a lot on what’s happened already in my basketball career to help get me through some of those tough times.”

Jordan suffered his second shooting hand injury this season in the first minute of Middle Tennessee’s home contest against rival WKU on Jan. 23.

The Blue Raiders were on the defensive end, and Jordan tried to steal a pass at the top of the key. He got his right index finger on it, unfortunately — the ball hit it just right, popping his finger out of place at the second knuckle.

Jordan immediately went out of the game. The dislocation was a compound fracture, meaning the bone protruded through his skin, but, by some miracle, he didn’t suffer any structural damage to his finger.

“That was crazy. I’ve never seen something like that,” he said. “I saw the bone and the muscle. That was pretty crazy.

“The recovery wasn’t too bad, though. I would say coming back off my first hand injury was harder. I just needed to get back in the gym and get back into the flow of shooting, get some reps up.”

The broken finger was, unbelievably, the second shooting hand injury Jordan has had to come back from in the last few months.

During the preseason, he broke the third metacarpal — the bone on top of the hand that connects to the middle finger — on his right hand. The recovery cost Jordan several weeks of practice.

With the pandemic hanging over the college basketball season like a heavy blanket, causing cancellations and postponements out the wazoo, no one would have blamed Jordan if he wanted to take the year to heal and prepare for 2021-22. He’s not one to lay down and quit, though.

“I feel like I’ve definitely put in the work to be where I’m at,” Jordan said. “Having to take the path I’ve taken in my career has definitely helped prepare me to deal with the injuries.”

Listed at a slight 6-foot-3 and 160 pounds, Jordan has had to fight for years to prove he’s a fantastic basketball player capable of producing at a high-level Division I program.

He didn’t receive any viable offers after his senior season at Rockdale County High School, despite averaging 17.5 points, four rebounds, three assists and two steals per game as a senior and scoring 1,000 career points. He decided to play the 2016-17 season at National Top Sports Institute (NTSI), a first-year college prep program in Scotland, Pennsylvania, to try and gain more exposure.

Jordan took one of his only scholarship offers, starting his college career at St. Francis Brooklyn. After two years, the last of which he led the Terriers in scoring and earned all-conference accolades, he entered the transfer portal and finally drew a lot of interest from programs across the country.

His hard work and constant belief in himself finally paid off, as he chose to transfer to Middle Tennessee.

“I knew I was a high-level Division I player coming out of high school, but I had to take a different route and work on my game, my body and my mental aspect. That helped me a lot preparing me to play here,” he said.

Jordan’s confidence in himself and toughness have been key in allowing him to come back twice from shooting hand injuries in quite possibly the hardest season college basketball has ever seen.

He looked fantastic on the court in his first two games back — both wins — after returning from the broken finger, flashing fancy passes as MT’s main ballhandler and averaging nine points on 43% shooting, including 40% (4-10) from 3-point range.

His even-keeled personality and cool head also showed when hit a couple of late free throws that clinched a 66-65 victory over Charlotte.

“There’s definitely a lot more work that needs to be done, and we just have to keep grinding,” Jordan said. “We have a lot to prove. … Our guys are a tough bunch of guys. We know how to fight, and we’re tough.”

As he gets more and more comfortable being back on the hardwood, the sky is the limit for Jordan and where he can take the Blue Raiders. They’re certainly glad their tough guard is back healthy and proving he’s right where he’s supposed to be.