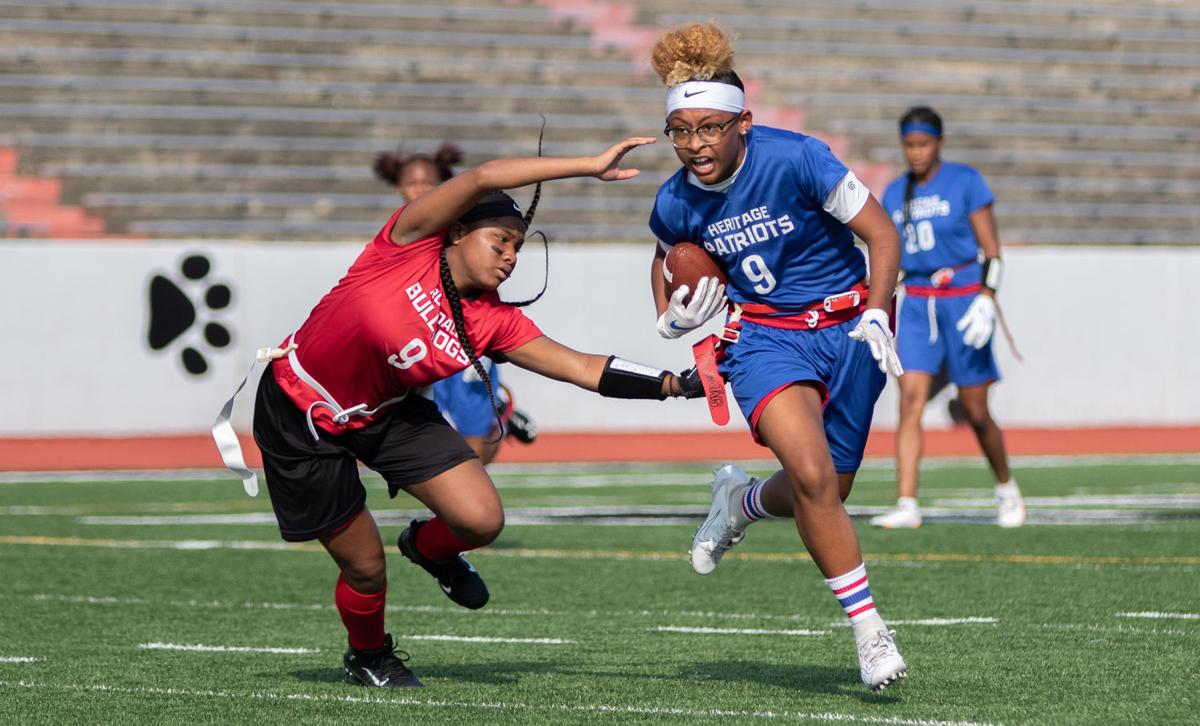 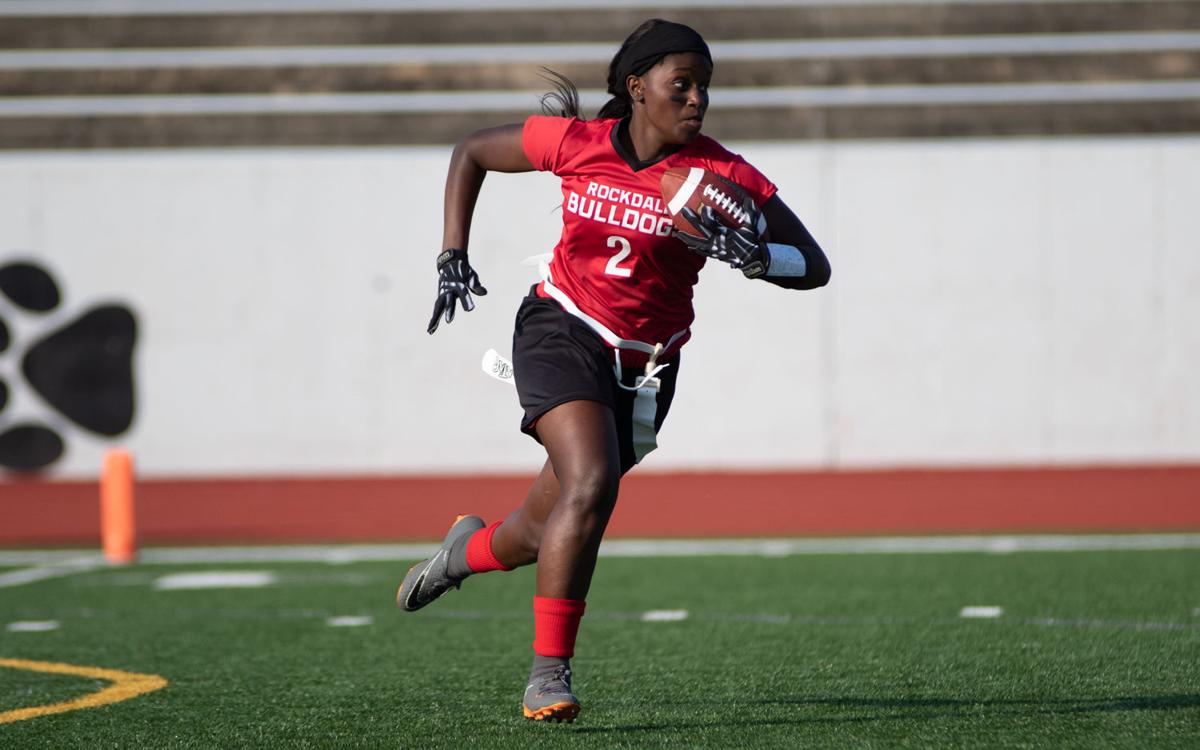 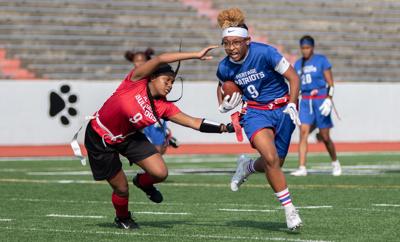 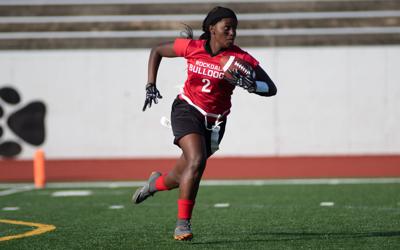 CONYERS — Brianna Patton didn’t quite know what to expect from her Heritage girls flag football team Thursday evening after working through a rough practice the day prior.

Facing off against cross-town rival Rockdale County, it didn’t take the Patriots long to figure things out in hopes of beginning the season with a 2-0 record.

A touchdown on their opening possession and one more with 54 seconds remaining in the game was the difference in a 13-6 victory for the Patriots, the only team in the county currently undefeated.

“It’s great being 2-0,” Patton said. “I know they wanted to beat Rockdale. They have a lot of friends that go here, so we wanted that. We knew (Rockdale) had some good players and a good coaching staff.”

With the Patriots never trailing from start to finish, Patton was proud of the effort after Wednesday’s debacle.

“It’s great,” Patton said. “We had a horrible practice (Wednesday). Probably the worst practice that we’ve had even since we started conditioning. We weren’t hitting on any cylinders, so I challenged them before the game to shake that off and come back like it didn’t happen.”

The Patriots’ opening touchdown came with 14:42 remaining in the first half when Nikki Roland found the end zone with her legs. Roland finished the game as the Patriots’ leading ball carrier.

The Patriots appeared to be heading into halftime up two touchdowns after Maya Owens intercepted a pass and returned it for a touchdown. A block in the back penalty against the Patriots on the return, however, negated the touchdown.

After failing to put any good drives together in the first half, the Bulldogs opened the second half on a long 10-minute drive that ended with a touchdown pass to Maya Davis. Lining up for a game-tying 2-point conversion, the attempt failed, keeping the Patriots in the lead, 7-6.

Following a Heritage punt with 5:30 remaining, the Bulldogs took the field looking to take the lead in the closing minutes, but were quickly intercepted by Heritage’s Morgan Snipes.

Looking to end the game with a score of their own, the Patriots got what they were looking for with a touchdown pass from Washington to Sade Harrell.

Patton gave a lot of credit to her defense in helping the Patriots secure the victory.

“The best part is that I don’t have any seniors on defense,” Patton said. “They’re all so fast and the way that they’re able to track down the flags is great. They listen well in practice. I have a few ballhawks. Morgan Snipes and Amaya Owens both had an interception today. I couldn’t ask any more of them.”

Rockdale County head coach Mike White wasn’t happy with the loss, but knows his team will only get better moving forward.

“I think it will help us tremendously because now we really have their attention,” White said. “At first, sometimes when we would ask them to do something they would chatter. Now that we have a loss instead of a win, we have their ears up like we want them to be.”

An ex football player and current college football referee, White said he is thrilled to be apart of the girls flag football league in Conyers.

“It’s been a pleasure,” White said. “The girls are excited. They beat me to practice and they want to stay after we leave. This is a big thing and I’m just happy that the girls are having a chance to get out and do something.”

HEALTH: Are all puzzles created equally?

HEALTH: Are all puzzles created equally?