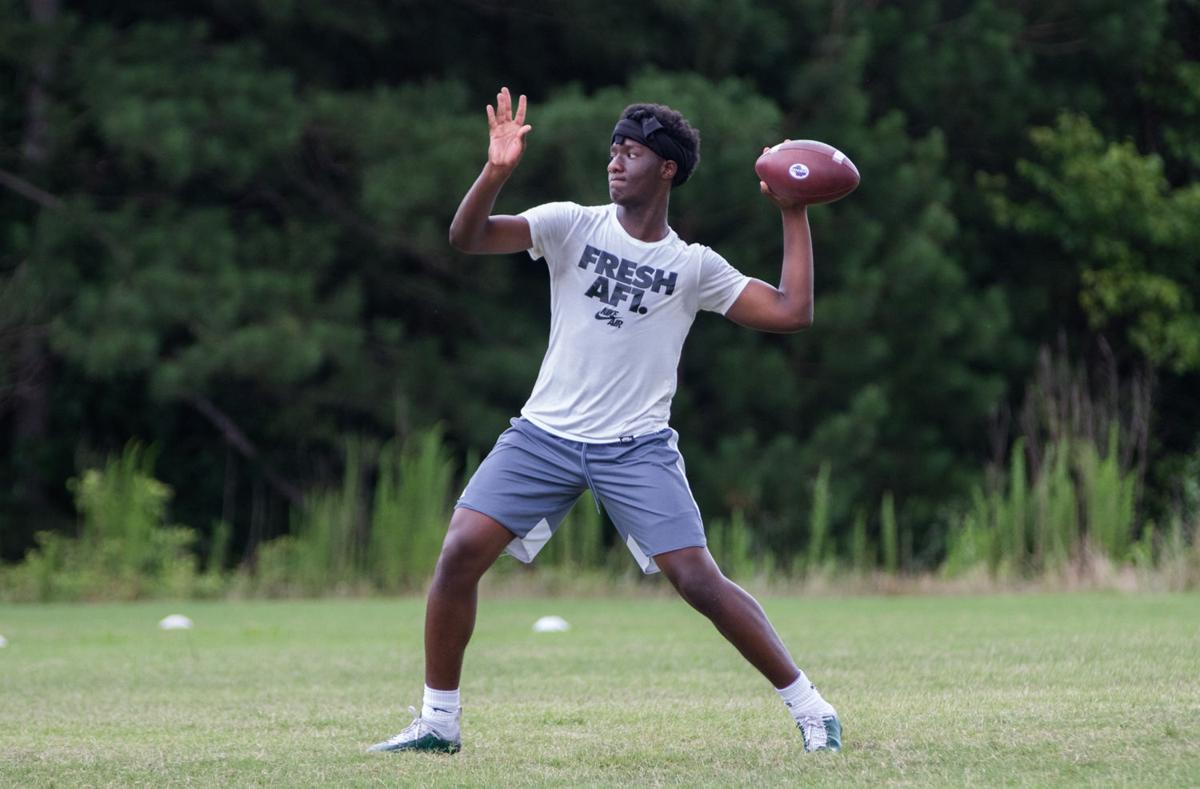 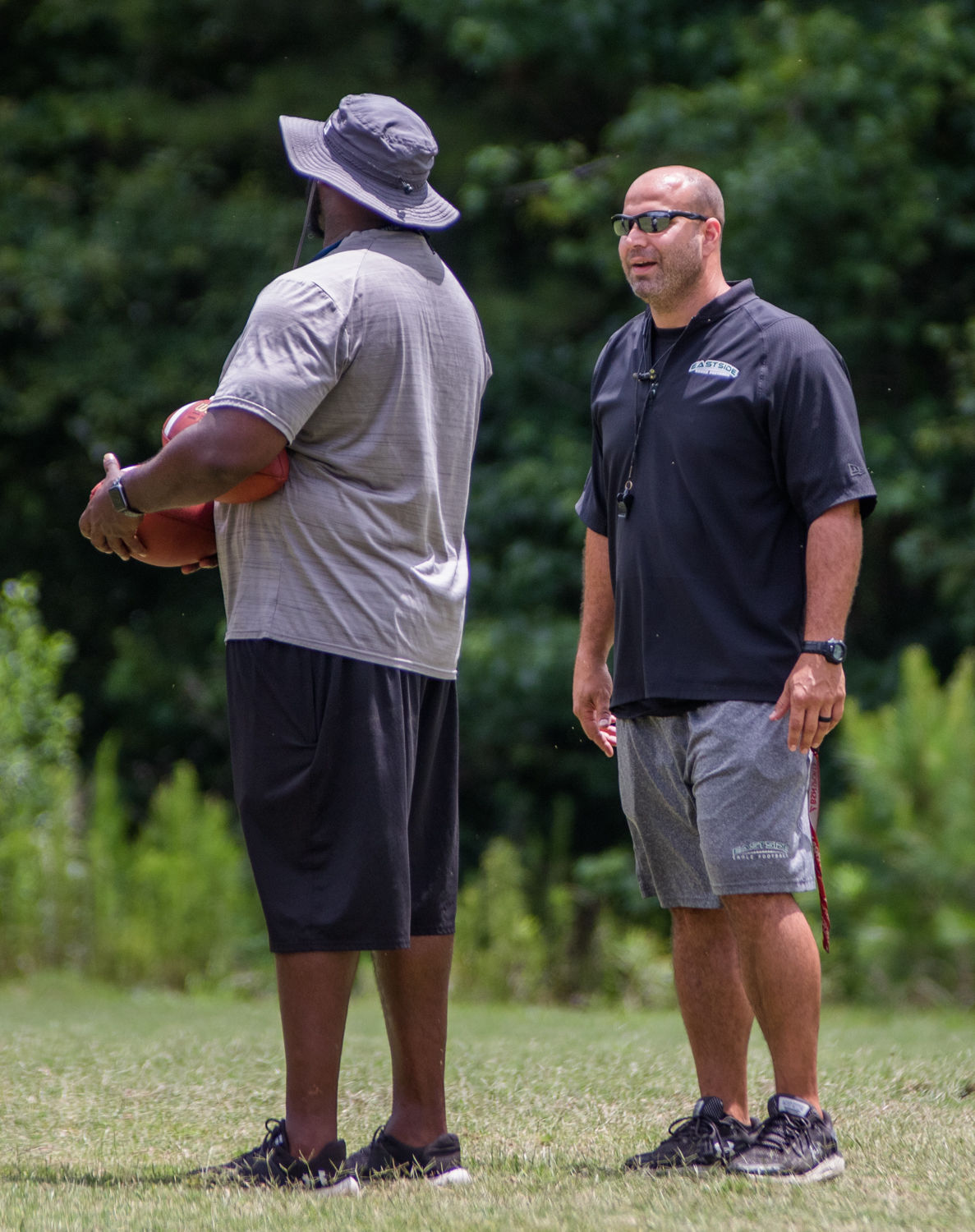 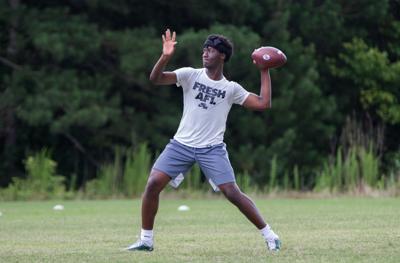 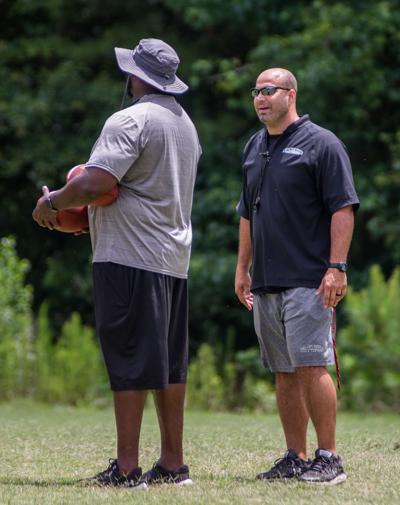 With COVID-19 cases rising in Georgia, high school football coaches across the state are starting to wonder what the future might look like in hopes of preserving their upcoming season this fall.

After conditioning for three weeks with his team and split into four different without a football present, the Eagles were finally able to get back to some sort of normalcy when the GHSA opted to extend the amount of players in one group to 50 while allowing teams to have a ball.

Despite 1-on-1 drills still not allowed, Hoff said it was great to see his skill players tossing the ball around amongst their position groups last week.

“We were able to run things a little bit more normal,” Hoff said. “We still had our conditioning phase with the speed and agility work that we do, but it was good to split off and get in some good work with those skill guys for sure.”

Having a football present during practice allowed Hoff and offensive coordinator Jay Cawthon the ability to work with rising senior quarterback Jaylen Woods for the first time this summer.

After spending the 2019 season serving as the team’s backup quarterback and starting wide receiver, Woods is in line to start at quarterback for the Eagles this season.

“Coach Cawthon has a lot of confidence in him and he’s stepped up,” Hoff said. “Jaylen’s been throwing and putting in work this whole time. He’s approached it the right way. He’s been a backup quarterback for Noah (Cook) and he’s gotten game snaps. Then being a starter and playing a significant role at wide receiver, he enters this phase in a really good spot.”

Overall, Hoff has been pleased with his team’s progress through the first four weeks of practice and conditioning. Hoff kept up with his team during the shutdown with weekly team meetings via Zoom and held players accountable for putting in work on their own time.

As a result, Hoff said his team returned to practice in early June in great overall shape.

“I think we came back ahead of maybe what we anticipated,” Hoff said. “We knew our guys were working. That core group of older guys really has an understanding of what it takes. They stayed in contact with each other and were really positive about it. They put the work in.”

The Eagles will return to practice next week after one week off and will now have the ability to scrimmage amongst themselves, meaning 7-on-7 intra-squad situations, the GHSA announced late Wednesday.

Unaware of that news at the time of this interview, Hoff stressed the importance of the month of July while also not knowing what future weeks down the road will look like.

“July is always that month where it’s huge because you know you’ve got pretty much three weeks and hopefully you’re putting pads on,” Hoff said. “As of right now, collectively we’re all in a holding pattern.”

I’m not sure how it’s going to look. But at this point, we still have the opportunity to keep working with our guys. I think whenever we get that call of hopefully things getting back a little closer to normal, I think we’ll be ready to go in that direction. But I’d be lying to you if I wasn’t concerned about it.”

As of now, there is not an announcement or plan on when high school football teams will be allowed to put on pads or possibly compete in 7-on-7 drills against other schools.

For now, Hoff is only worried about controlling what he can control.

“I have to remember to practice what I tell our kids of, staying within your circle and controlling what you can control,” Hoff said. “There are a lot of things out of our control right now and all we can do is work under our guidelines and do what we can to be ready for whenever things do expand.”

It’s one of those situations where we’re going to do everything we can to continue to get ready. Hopefully within the next 10 days or so we get some good news with cases going down where people feel more comfortable about making that next step.”

Perseid meteor shower 2020: How and when to watch

Perseid meteor shower 2020: How and when to watch