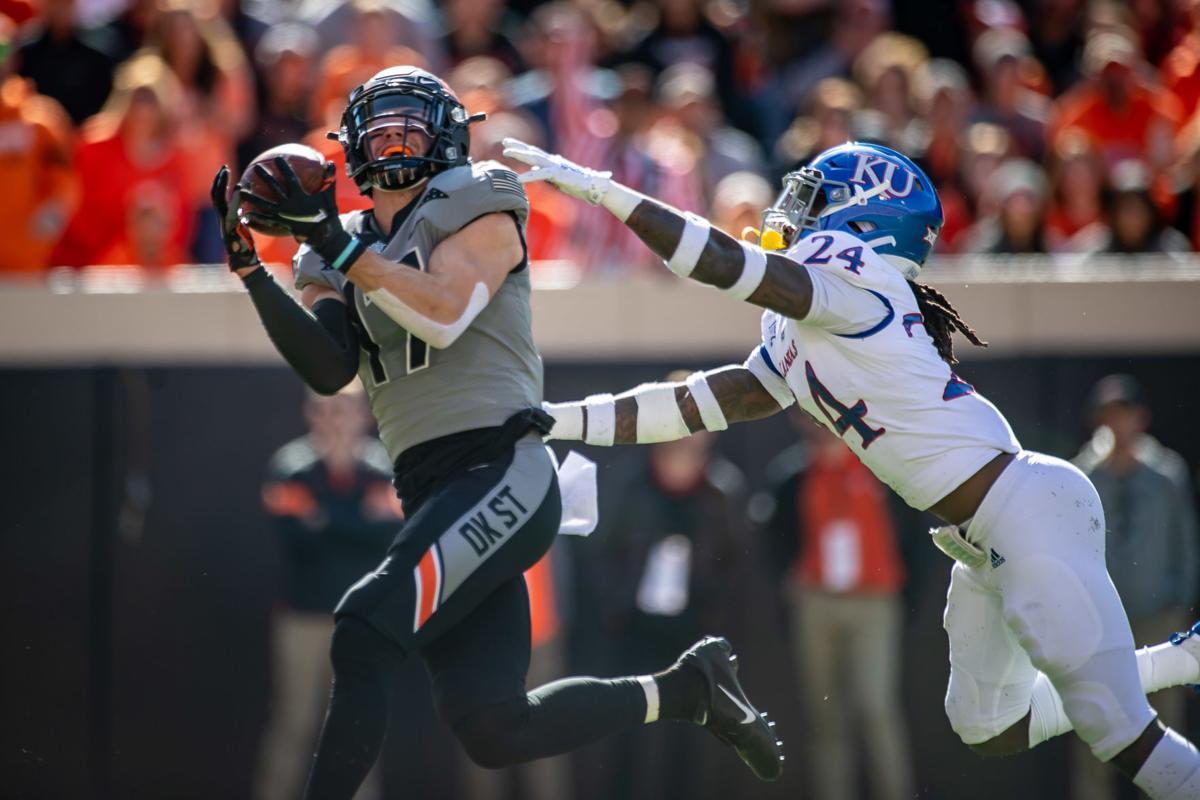 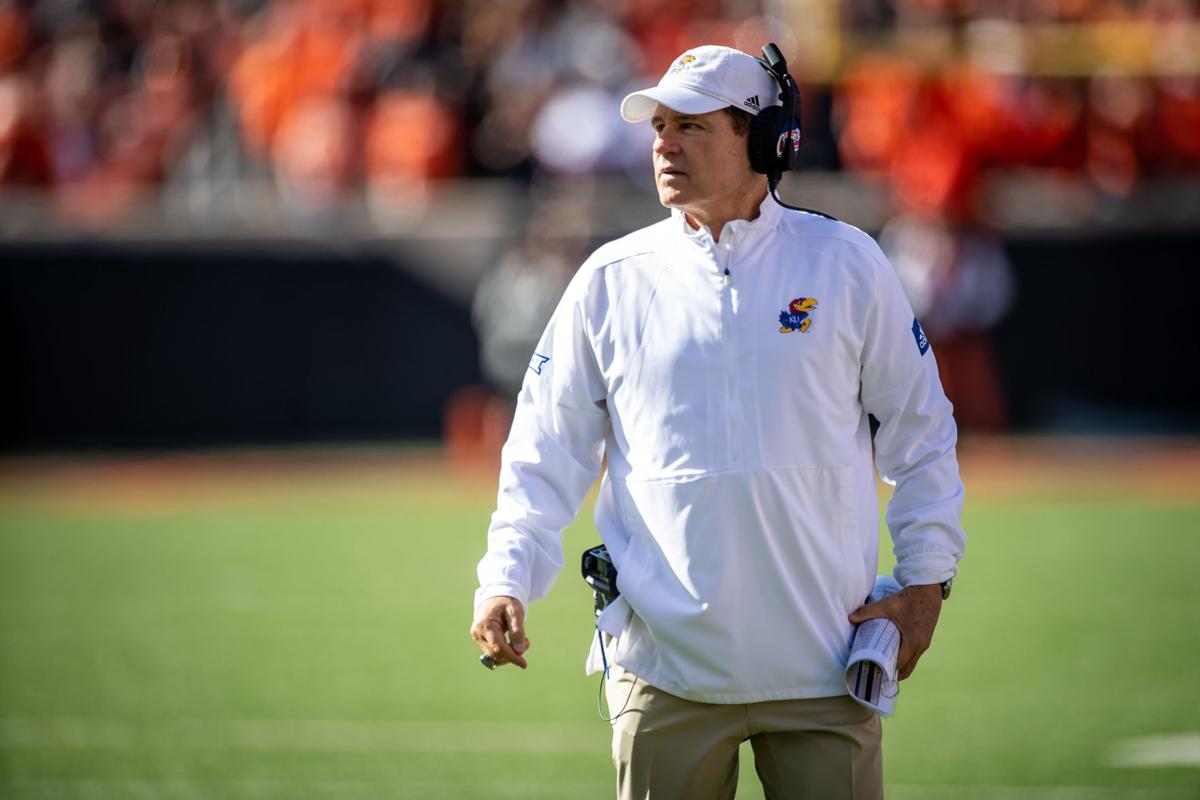 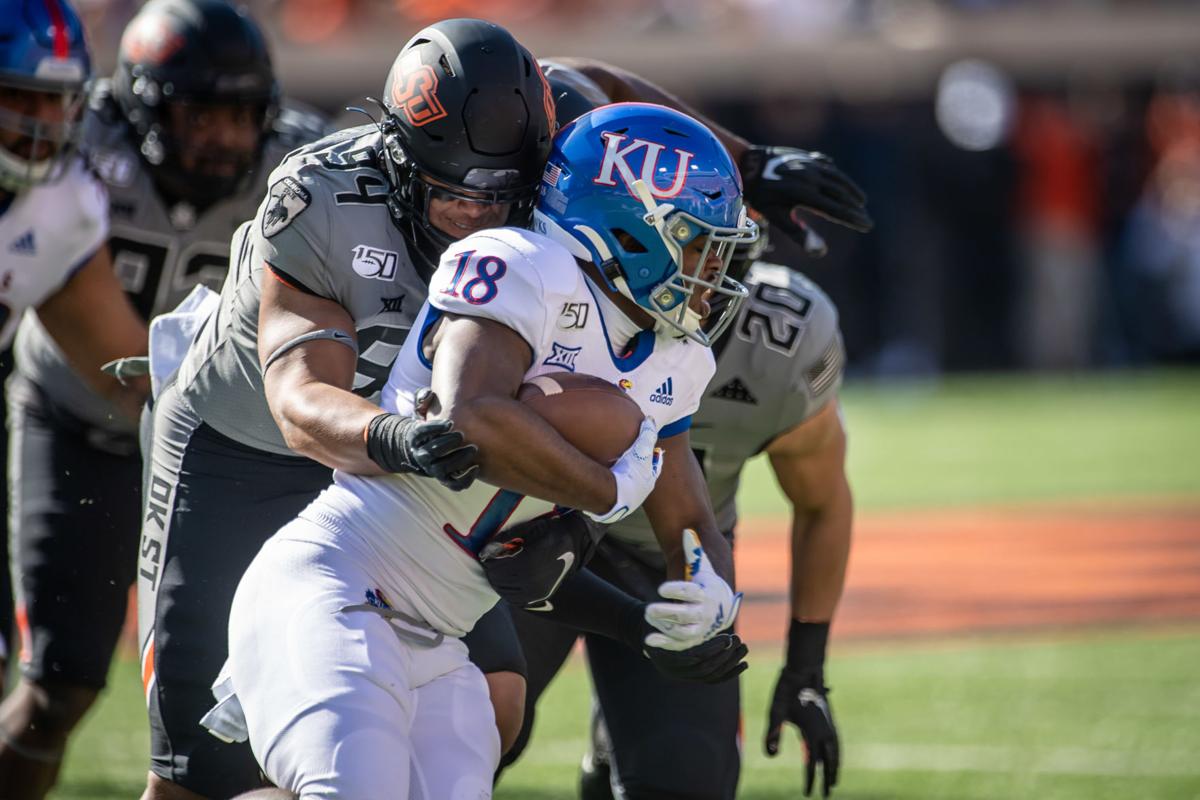 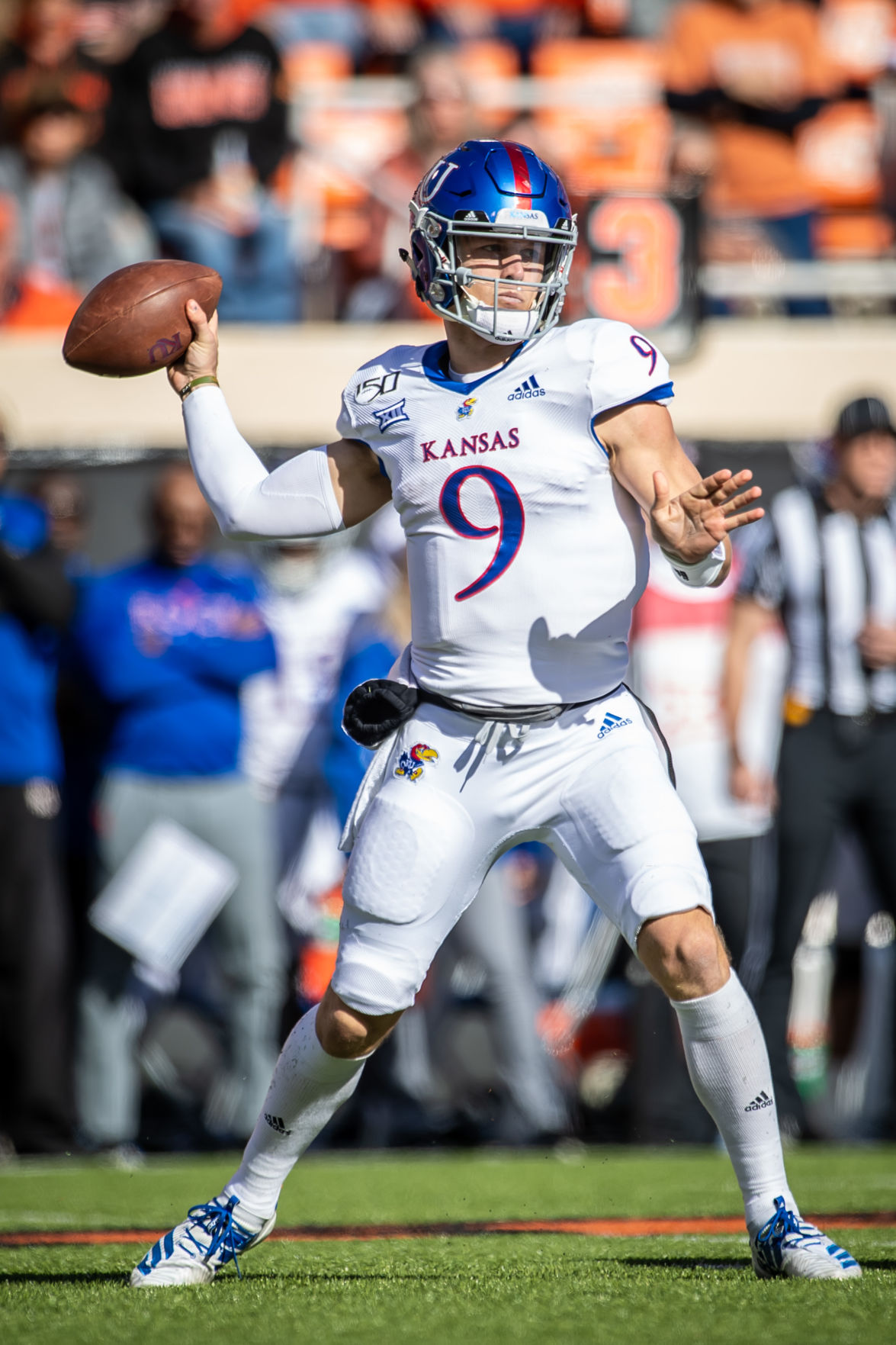 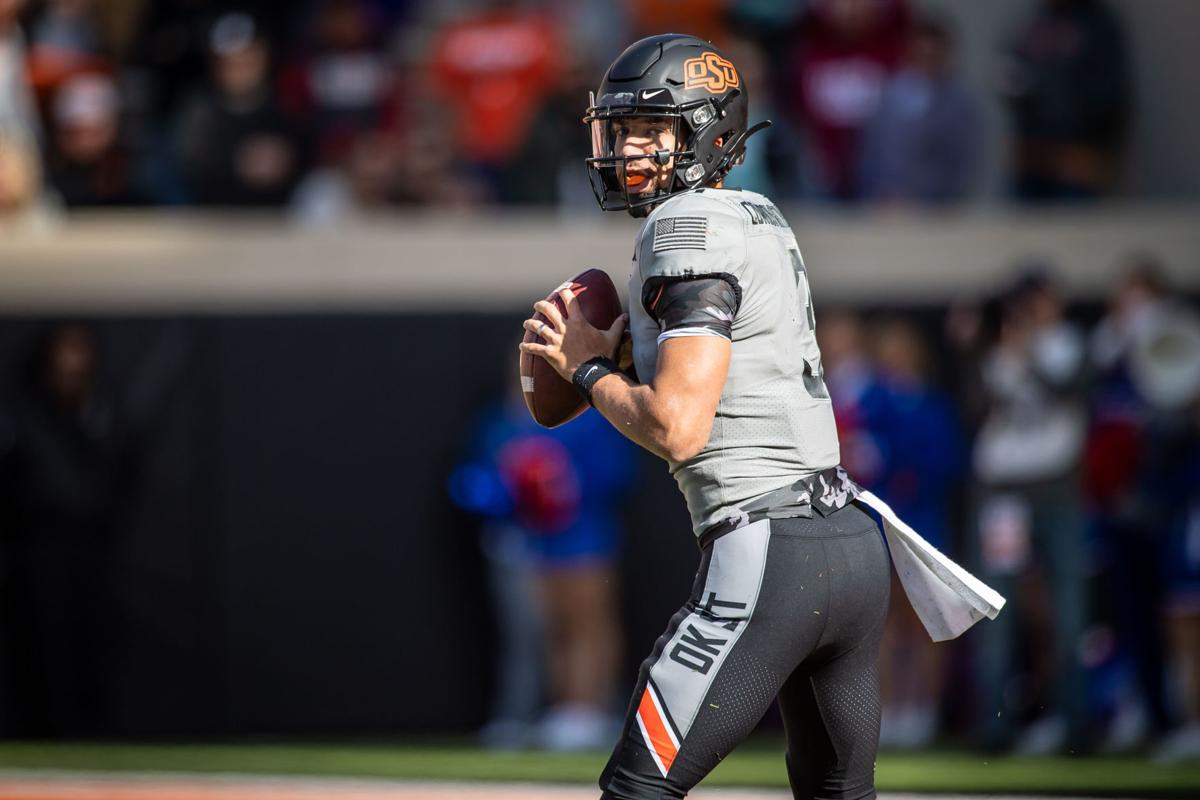 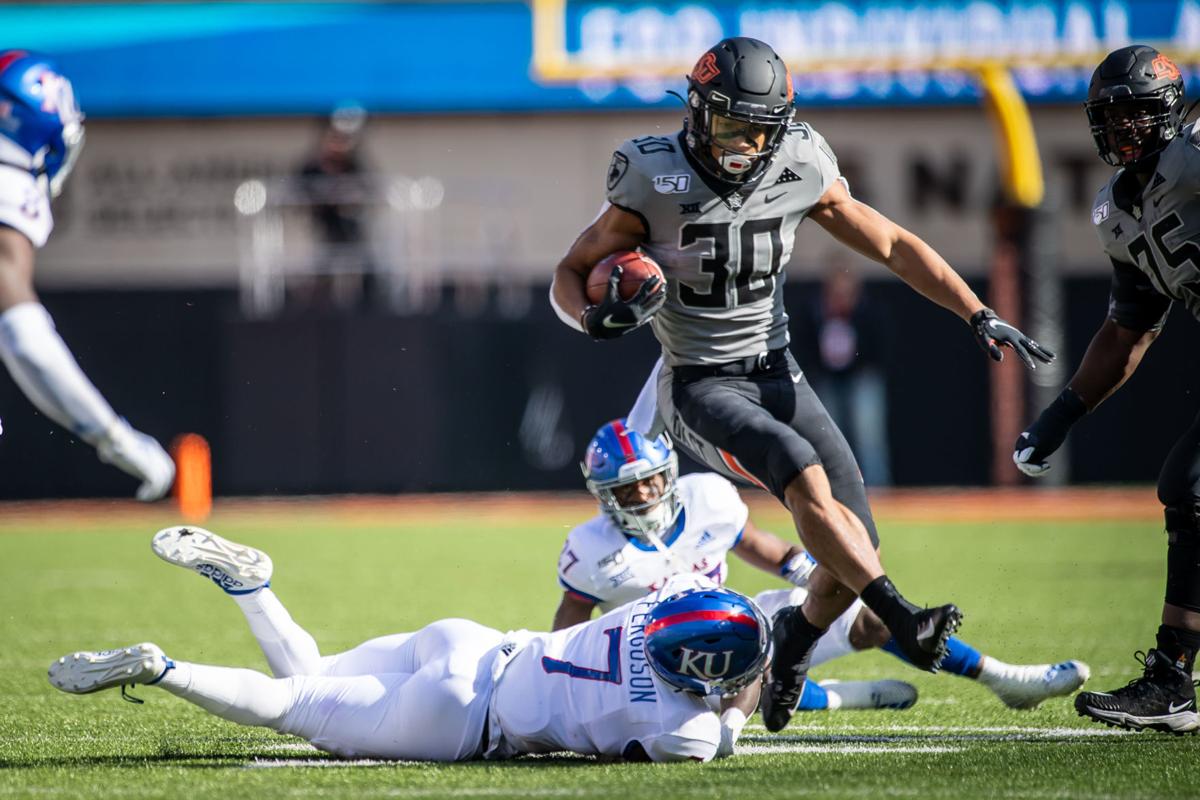 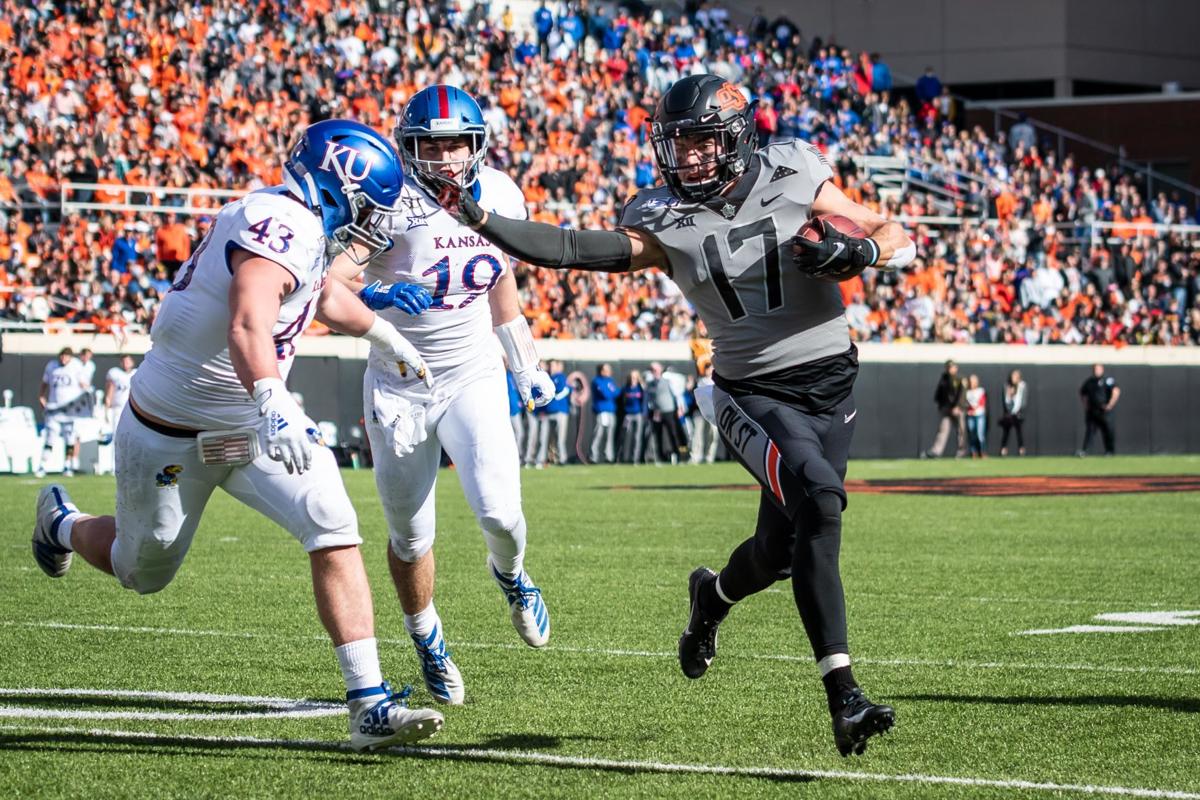 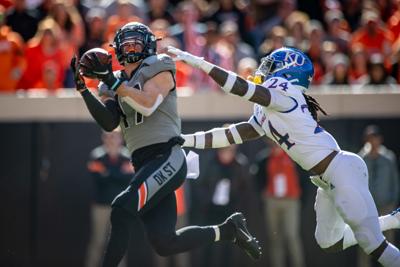 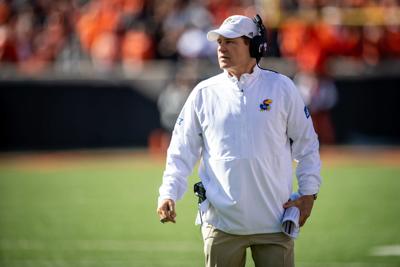 The victory for the Cowboys (7-3, 4-3 Big 12), spoiled the return of Les Miles, who guided Oklahoma State for four seasons (2001-04) before accepting the head coach's position at LSU.

Miles, the first-year Kansas coach, installed Mike Gundy as his Oklahoma State offensive coordinator before Gundy was promoted to head coach. Gundy, in his 15th season, directed the Cowboys to 10 consecutive wins against the Jayhawks (3-7, 1-6).

Cowboys starting quarterback Spencer Sanders left the game in the third quarter after aggravating a thumb injury. He passed for 168 yards and one touchdown.

On the first series he engineered, backup Dru Brown capped a six-play drive with a 43-yard touchdown pass to Dillon Stoner. Stoner, who already had snagged Sanders' TD throw, finished with five receptions for 150 yards.

For the second time in as many games, Kansas did not score a touchdown until the fourth quarter. Quarterback Carter Stanley, who passed for 226 yards, hit Stephon Robinson and Quan Hampton for scoring strikes of 14 and 9 yards.

Sophomore Pooka Williams, an explosive rusher Kansas hoped could match Hubbard, gained just 26 yards on 12 carries. Any chance of a rally dissolved with two three-and-outs to begin the second half. The Jayhawks' three interceptions were split among three passers.

Harvell-Peel and defensive end Trace Ford snagged early interceptions for Oklahoma State, which kept Kansas out of its territory the entire first half.