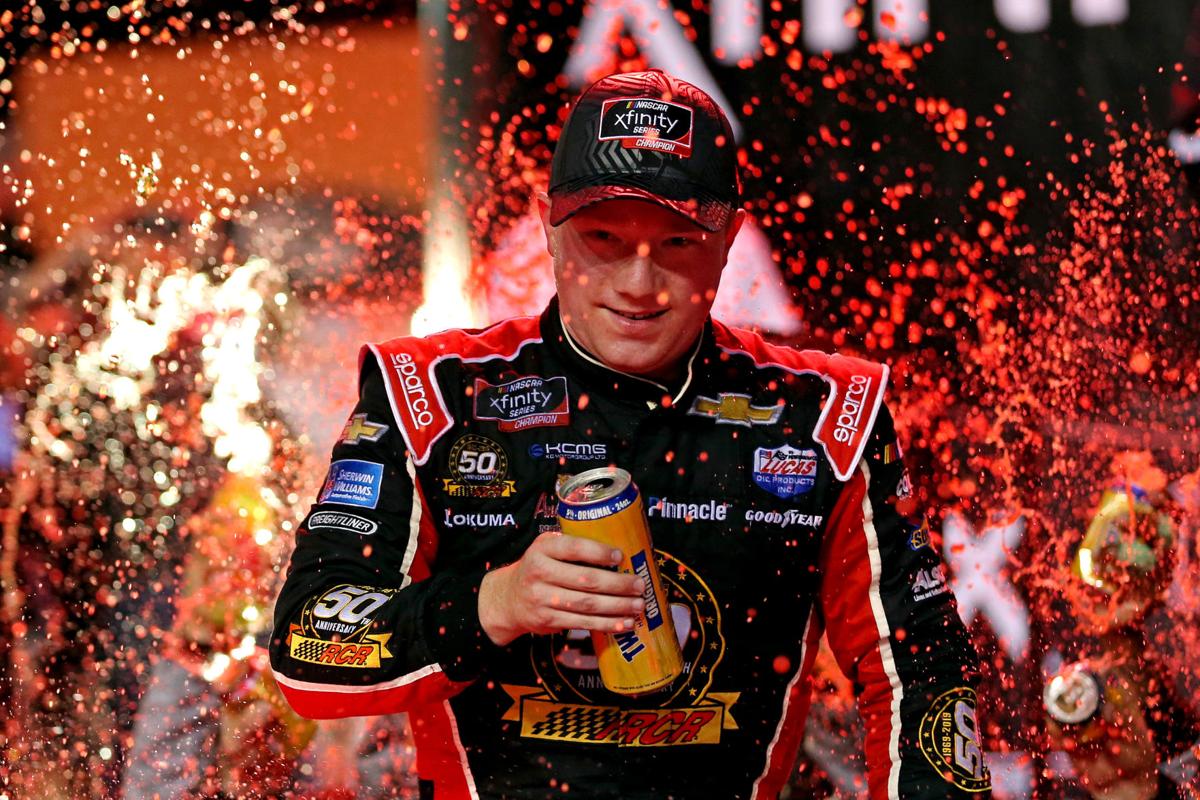 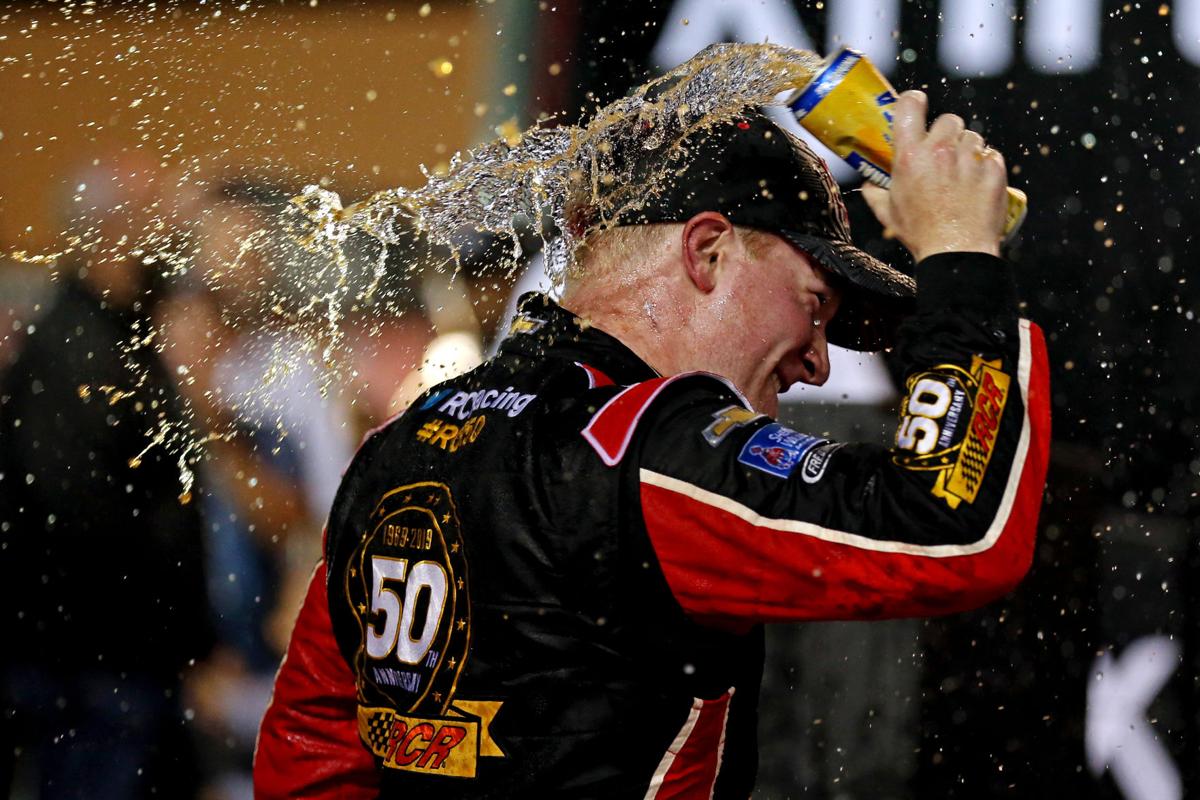 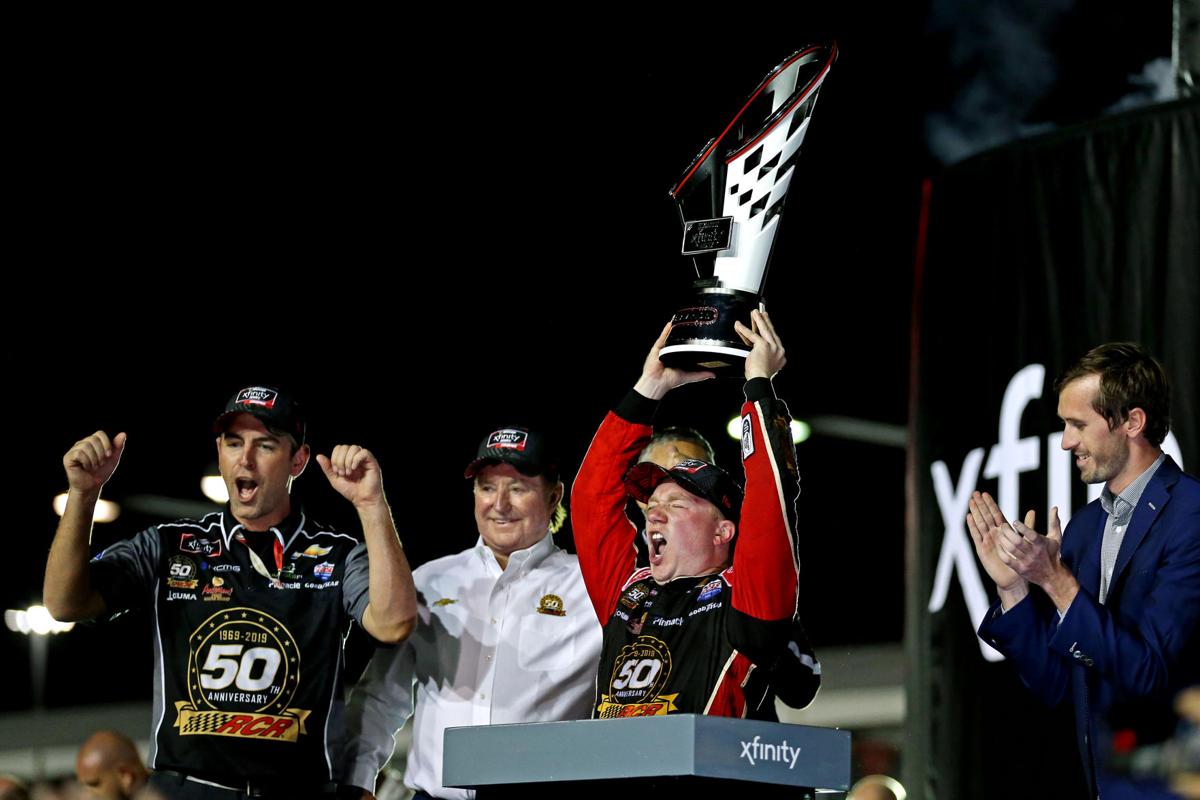 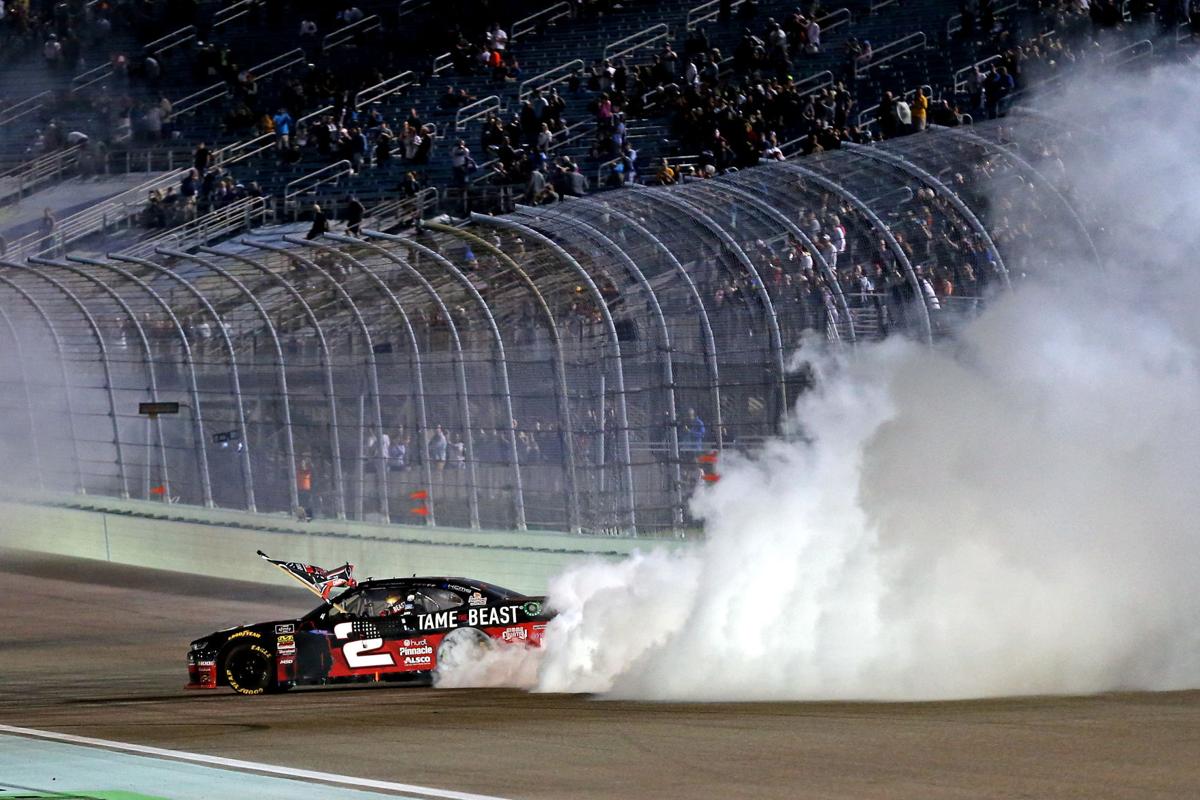 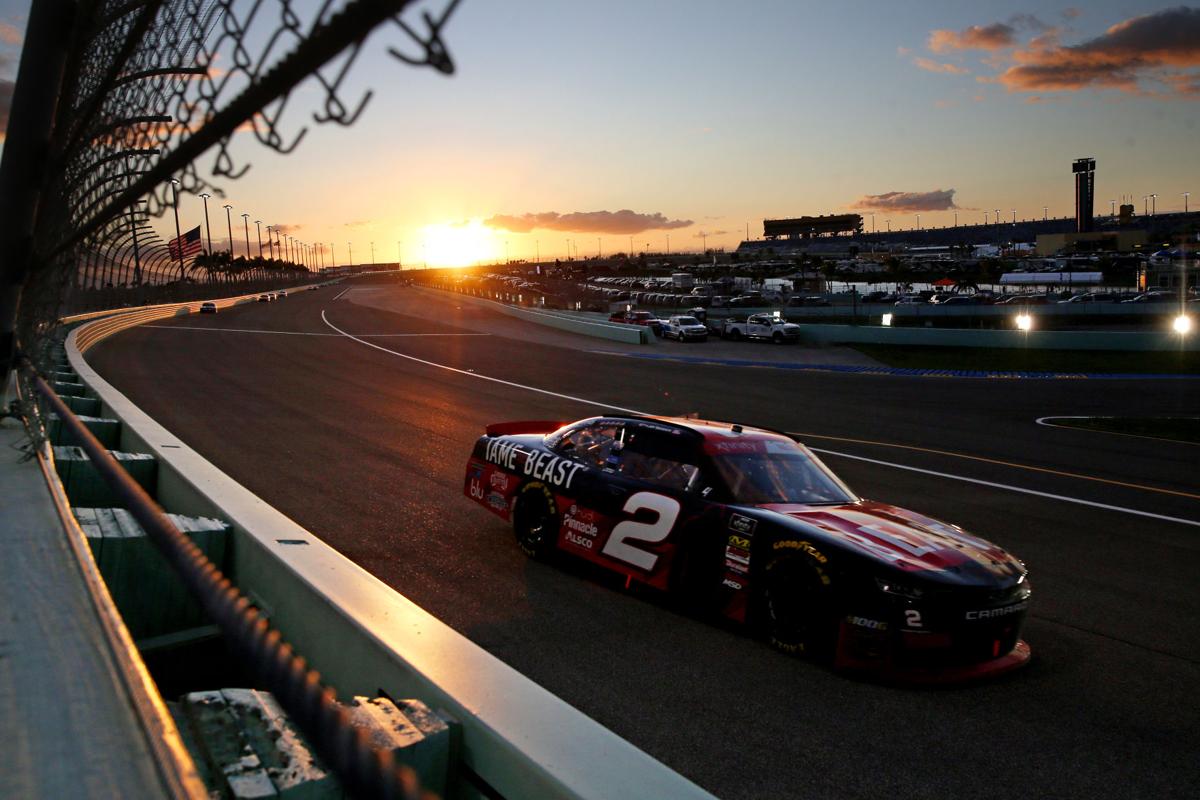 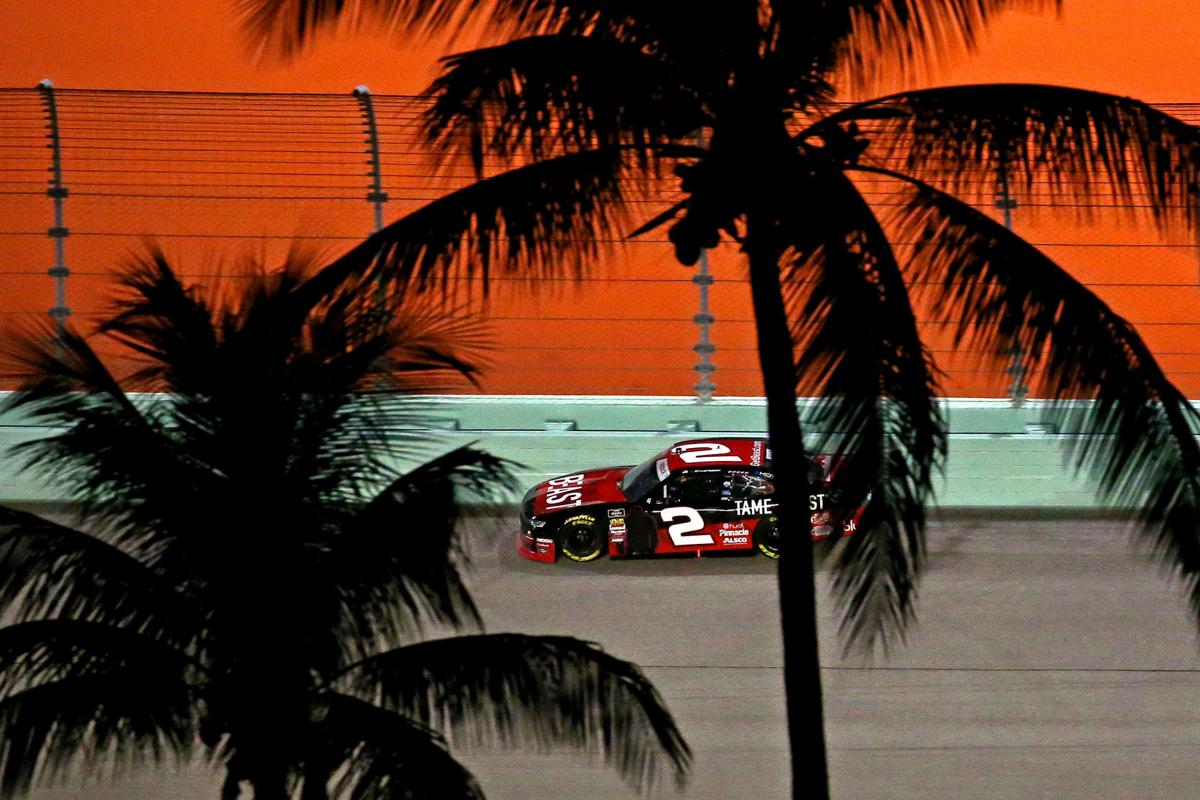 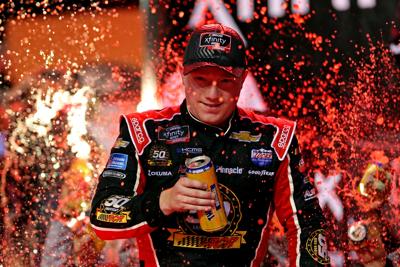 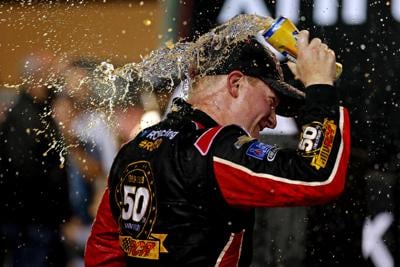 HOMESTEAD, Fla. — With his girlfriend expecting a baby, Tyler Reddick confessed on Thursday that he had practiced changing diapers on a pet cat.

Now, after winning Saturday's Ford EcoBoost 300 and his second straight NASCAR Xfinity Series championship at Homestead-Miami Speedway, Reddick gets to name the baby.

Finishing 1.038 seconds ahead of hard-charging Cole Custer, Reddick is the only driver to win consecutive titles in the series for two different car owners. The 23-year-old from Corning, Calif., won his first championship for JR Motorsports last year.

After switching rides to Richard Childress Racing, Reddick celebrated the organization's 50th anniversary by delivering his second straight title to team owner Richard Childress -- the crowning achievement of a season in which Reddick collected a career-best six victories.

"It's about this race team, man, and I was just honored to pilot this Richard Childress Racing Chevrolet," Reddick said. "I'm losing my breath-I'm that excited. This one means so much more. It was just a lot better year, and it was really cool to go back-to-back."

In winning for the second time at Homestead-Miami, Reddick ran within inches of the fence as he, Custer and fifth-place finisher Christopher Bell battled for the lead early in the final 79-lap green-flag run.

And now he can name his yet-to-be-born son "Beau," under an agreement he made with girlfriend Alexa De Leon before the championship weekend. De Leon had another name in mind but agreed to let Reddick have his choice if he won the title.

Reddick had been so successful running the top lane in 2018 that Custer studied his in-car video before the race -- but to no avail.

"Tyler, he can rip the top here," Custer acknowledged after the race. "That's about all you can say about it."

After the top two drivers separated from Bell on Lap 167, Reddick closed on Custer until he reached his rear bumper. On Lap 182, Reddick dived to the inside into Turn 1 and slid up in front of Custer's No. 00 Ford. Custer got the lead back briefly into Turn 3 on the same lap, but Reddick crossed over and cleared Custer for good off Turn 4.

In trying to catch the No. 2 Chevrolet, Custer scraped the wall in the closing laps.

"I could kind of match his lap time there and studied his in-car all the way coming here trying to figure out how to run the top better," Custer said. "I got close. I tried to find a way to close the gap when I was behind and tried too hard and got into the fence.

"It sucks to come home second two years in a row. We'll take it. We were a lot closer this year."

Reddick, Custer and Bell will graduate to the Monster Energy NASCAR Cup Series next year -- Reddick with RCR, Custer with Stewart-Haas Racing and Bell with Leavine Family Racing. But Reddick is the only one who will do so with an Xfinity title.

Chase Briscoe and Noah Gragson ran third and fourth, respectively, ahead of Bell, who claimed third place in the final standings behind the race winner and runner-up.

Despite missing pit road on his first attempt at a green-flag pit stop on Lap 159, Bell grabbed the lead on new tires by pitting three laps before Reddick and Custer. But the two chasers soon ran him down in a thrilling three-way battle for the top spot.

By the time Reddick took the checkered flag, Bell was 17 seconds in arrears.

"We just had great pit stops," said Bell, who came to Homestead last year as the championship favorite and finished fourth. "Our pit stops would allow us to get up front, and then we would maintain until we started falling off, and then they would drive by me. For some reason, just can't hit on what I need to, to be able to get around this place for a 30- or 40-lap run."

A late brush with the wall and resulting flat tire relegated Championship 4 contender Justin Allgaier to a 14th-place finish.

Jon Rahm on top heading into final round at Torrey Pines