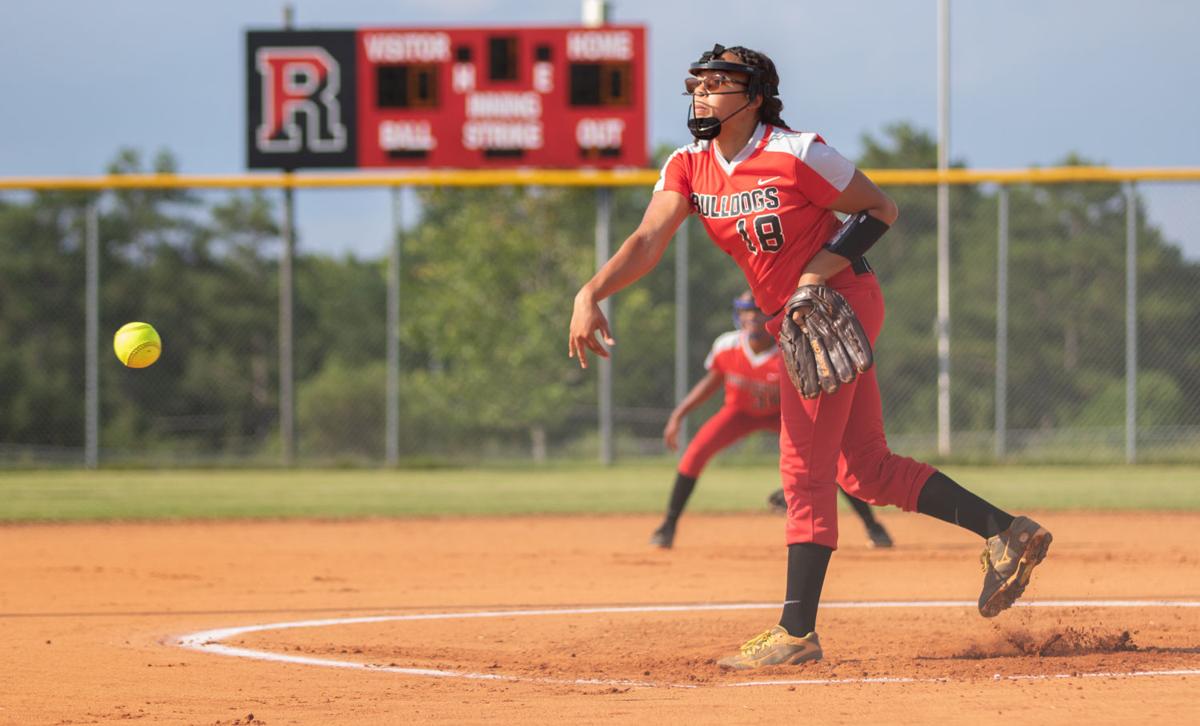 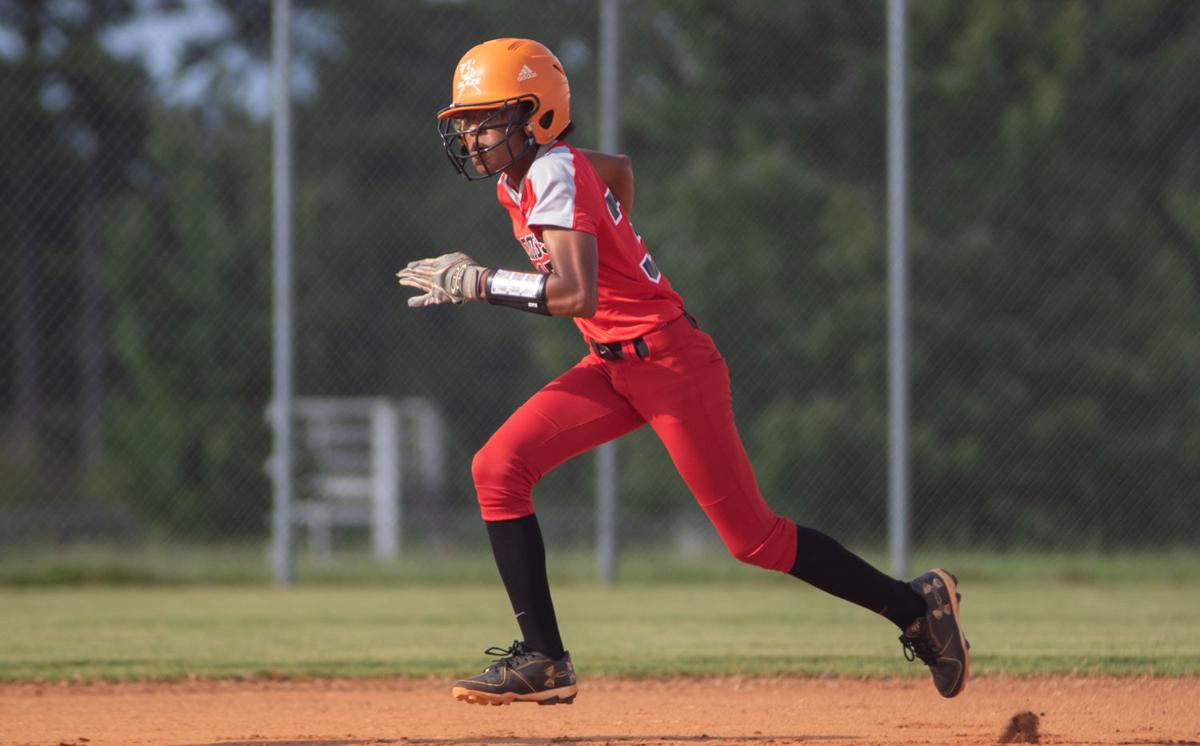 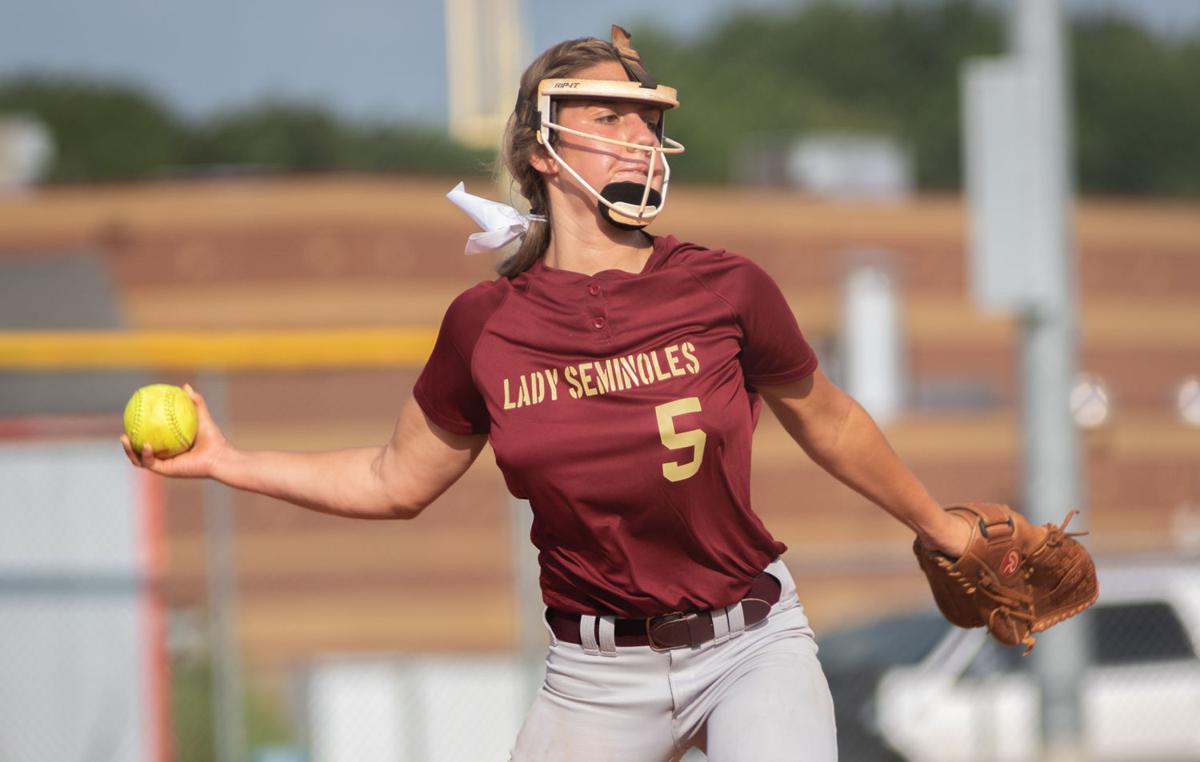 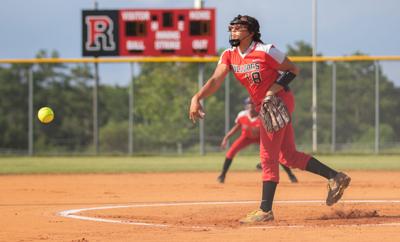 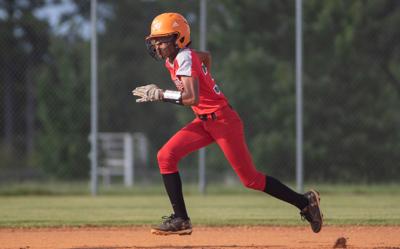 CONYERS -- The disappointment of Friday night’s 12-1 loss for Rockdale County in their season-opener was quickly put behind them Monday in their first game against in-county rival Salem since 2014.

Behind dominant pitching from sisters Gabby and Layla Woods, who combined to toss four innings of one-hit, no-run ball in the circle, the Bulldogs rushed past the Seminoles 12-0 to earn their first victory of the 2019 season.

“We hit the ball today,” Jones said. “We didn’t hit the ball on Friday. I’m excited. They’re starting to get in a rhythm. They are shaking off those first-game jitters. We had a huge crowd here last Friday and that was very intimidating for the girls. I’m hoping this was a good breakthrough win.”

The oldest sister, Gabby, made the start in the circle for the Bulldogs Monday and fanned all but one batter that she faced.

The lone hit surrendered by the junior, a double to left from Salem catcher Kyla Andrews, was quickly erased by the Bulldog defense after managing to tag her out after rounding second.

“Gabby threw the ball very well,” Jones said. “She was hitting her spots today. She did her job and jumped right on them because of that. That got the whole team excited.”

Woods struck out the side in both the first and third innings before giving way to younger sister Layla, who entered the circle for the first time in her career at the varsity level. The freshman tossed one inning and earned a strikeout of Salem’s Kamia Taylor-Ray.

“I got a chance to put my little freshman in the circle,” a smiling Jones said. “I’m really excited for her. That was really good to see her in the circle for the first time in high school. I’m very proud of Layla. She hit the ball well today, too.”

Offensively, the Bulldogs were paced by the Woods sisters, who combined to drive in two runs on a perfect 5-for-5 at the plate. Gabby finished with three hits and scored three times while Layla scored twice, drove in a run and walked.

All-in-all, the Bulldogs smacked nine hits off of Salem starting pitcher McKenzie Nichols, who did her best to slow the home team down on more occasions than not. The junior standout was charged with only four of the Bulldogs’ 12 runs scored thanks to 13 errors recorded by the Seminole defense.

Nichols finished the game with six strikeouts, three of which came in the second inning.

“I high-fived McKenzie a couple of times,” Jones said. “She’s a good pitcher and I give her credit. I’m excited that our kids got to see that ball and drive it. They drove it pretty well today. She had a few strikeouts and had good movement on the ball.”

The game began with Woods striking out the side on 12 pitches. With the Bulldog offense coming up to the plate in the bottom half, Nichols quickly retired leadoff hitter Alexis Jones before allowing an infield single.

With the Bulldogs grabbing an early 1-0 lead on an error charged to third baseman Mya Bryant, Nichols recorded the second out of the inning with a strikeout of Rockdale’s Ayanna Bradford-Greene.

However, a second infield single sandwiched between a pair of doubles from Woods and Taylor gave the Bulldogs a 5-0 lead heading into the second.

After working around Andrews’s leadoff double for the Seminoles, the Bulldog offense scored two more times in the bottom half, both coming with two outs. Nichols fanned both Jones and Enydirrah Jones to start the inning before allowing an infield single to Woods and an RBI double to Bradford-Greene.

The Bulldogs later extended their lead to 7-0 on an error.

Nichols fanned two more Bulldogs in the third without surrendering a run, but with five more runs allowed in the fourth on five errors, the game ended in favor of the home team, 12-0.

First-year Salem head coach Inglis Hunter said that while Nichols’ performance was encouraging from a pitching standpoint, their defense and overall teamwork needs to improve before their next game on Aug. 12 at South Atlanta.

“The message was that we have a lot of work to do,” Hunter said. “You can’t beat people making that many errors. We can only get better from here. The sky's the limit, we just have some work to do. We have to come ready to work every day.”

The American Dream is much easier to achieve in Canada

Malaysia has sent back tons of plastic waste to rich countries, saying it won't be their 'garbage dump'