Follow all the latest coverage of the coronavirus outbreak in Rockdale and Newton Counties and around the world at rockdalenewtoncitizen.com/coronavirus.
1 of 3 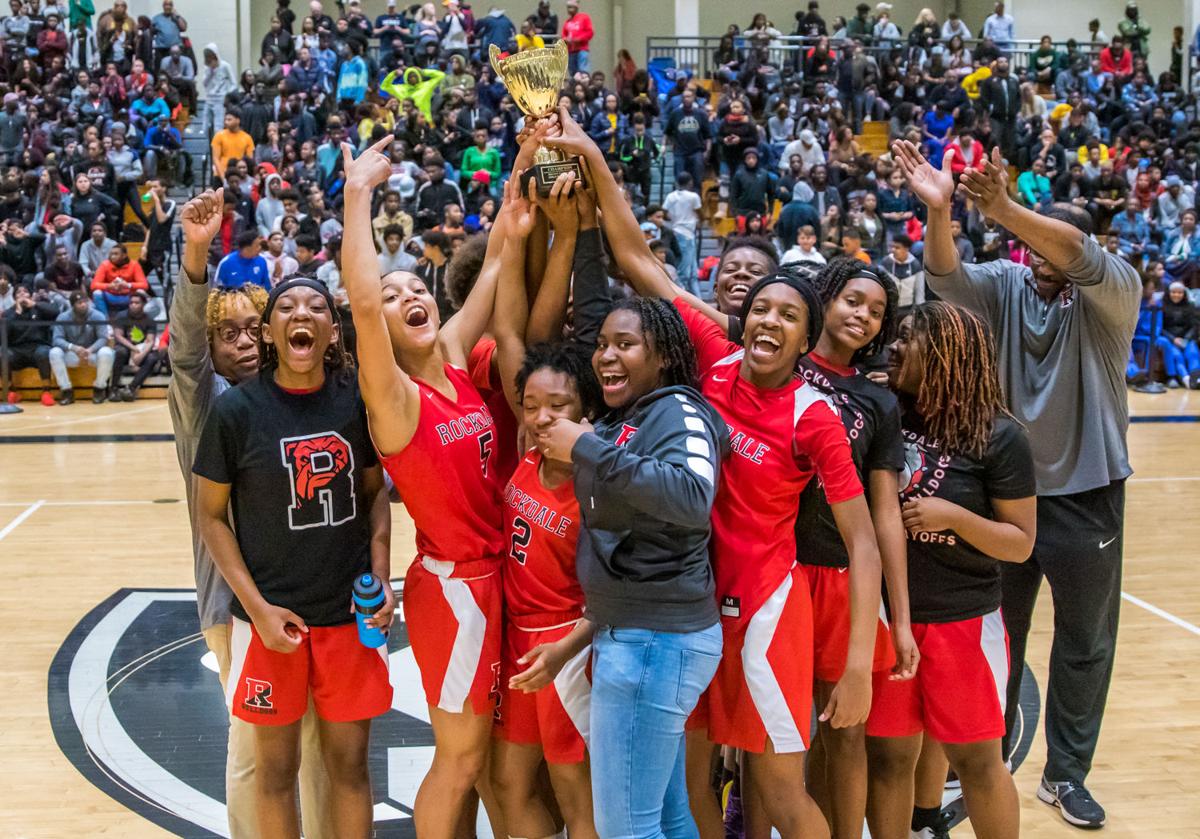 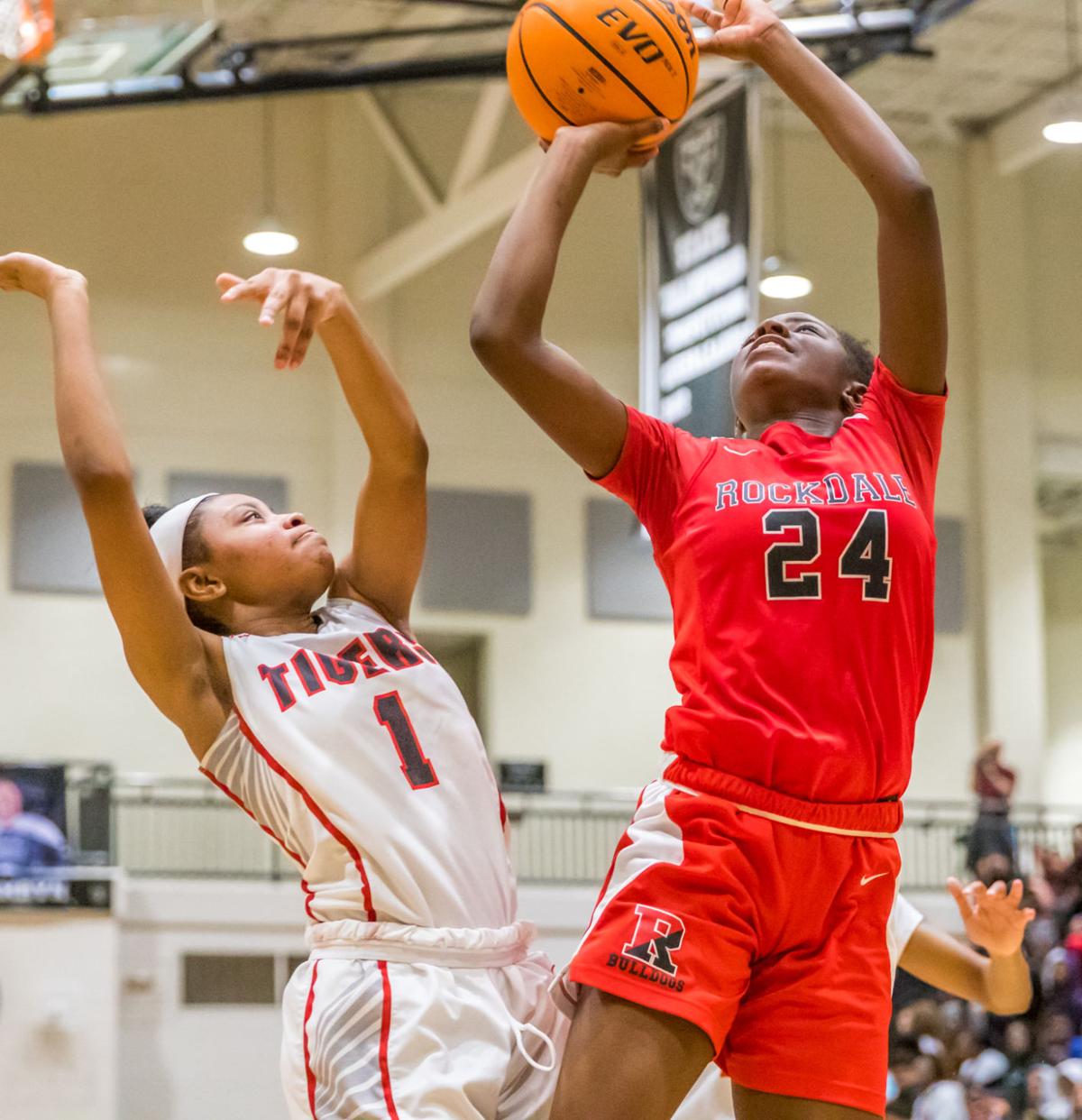 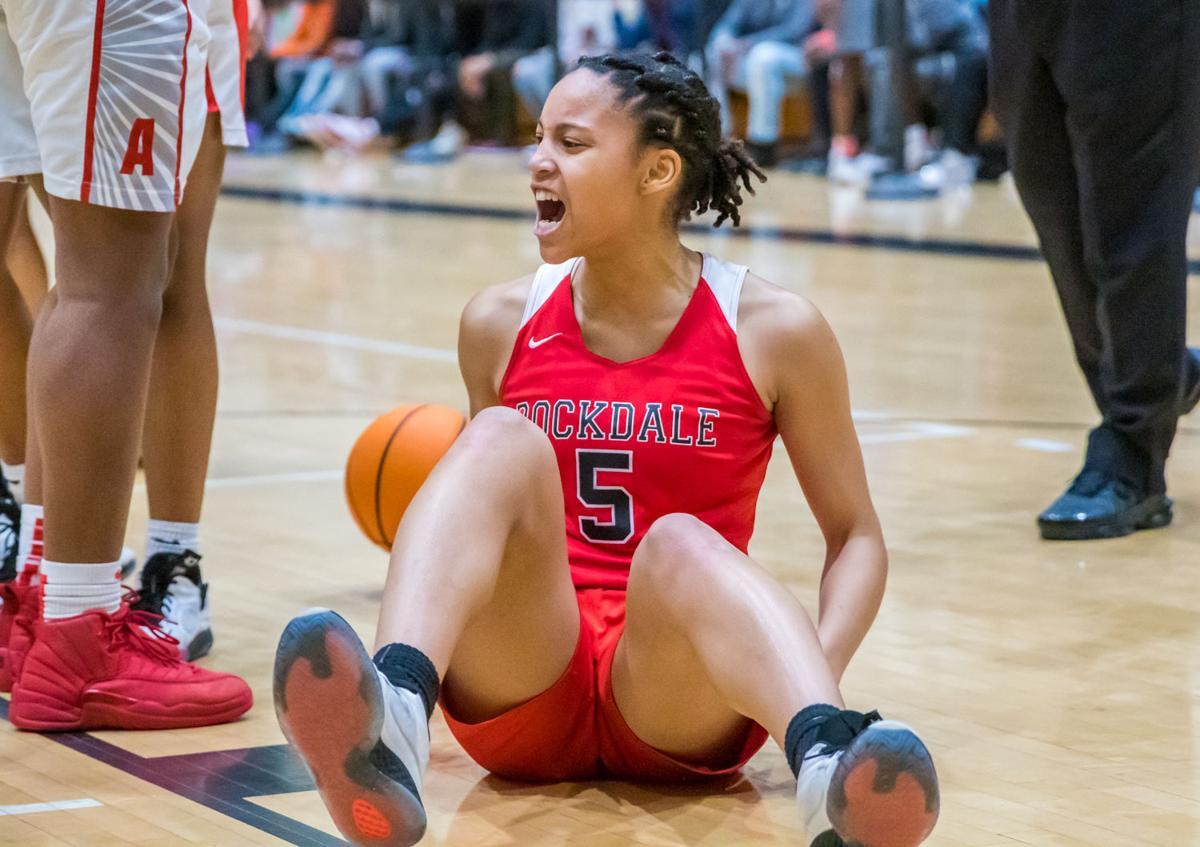 Rockdale’s Alana Moore celebrates after helping force a turnover in the waning seconds of overtime against Archer. 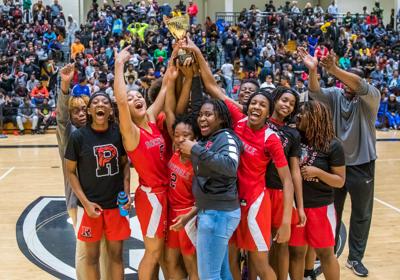 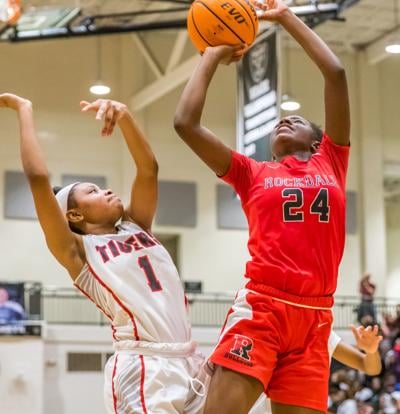 Rockdale’s Alana Moore celebrates after helping force a turnover in the waning seconds of overtime against Archer.

SNELLVILLE -- Already with six offensive rebounds to her name, Rockdale freshman Nylah Williams’ seventh of the night was the biggest of her young career.

Storming back to trim Archer’s lead to two points in the final minute of regulation, Williams cleaned up a Stephan Sellers missed jumper and laid it home at the buzzer to send the game into overtime knotted at 45-all.

In overtime, Williams grabbed three more offensive rebounds with her 10th and final of the night resulting in a go-ahead shot for the Bulldogs, a lead they did not surrender from that point forward to clinch the Region 8-AAAAAAA title with a stunning 55-51 win, their first as a program since 1984.

Rockdale County head coach Sean Turley said after the game that he never doubted his talented freshman one bit to make plays when they mattered the most.

“I’ve seen it before and I expected nothing less than that,” Turley said of Williams. “That was our conversation one time when I took her out. I just looked at her and said, ‘just relax and do what you do. I need every rebound.’ Every time I ask her that, that’s what she does. She’s a really awesome, spectacular young player.”

The Bulldogs (21-7) trailed the Tigers 41-35 with 1:10 remaining in regulation and nine seconds later, leading scorer Shaquice May fouled out with her team trailing by five points.

With Archer in complete control of the game, the Tigers left the door open with eight missed free throws over the last 61 seconds of regulation.

Needless to say, the Bulldogs capitalized.

Alana Moore cut the Archer lead to three points, 43-30 with 35 seconds remaining when the junior pulled up from long distance and knocked down a three-pointer, her first of the game.

A missed shot from Moore, in all likelihood, would have ended Rockdale’s chances of winning the game.

“I really feel like she thought I was going to drive, so I had to show her I could do something else,” Moore said. “You didn’t think I could shoot a three? Watch this. It went in.”

After watching the Tigers split a pair of free throws, Rockdale freshman Madison Presha drove to the basket and was fouled. After making the first and missing the second, Williams was there to grab the offensive rebound and lay it home to trim Archer’s lead to 44-43 with 23 seconds remaining.

Following a quick foul, Archer’s Cazia Nelson stepped up to the line and split her pair of free throws, giving Rockdale an opportunity to send the game into overtime, or win it at the buzzer with a three-pointer trailing by two points, 45-43.

After a timeout from Rockdale with seven seconds remaining, Williams watched as Sellers’ shot bounced off of the rim moments before sending her team into overtime with a stunning putback.

Trailing 46-45 in overtime, Williams cleaned up another Sellers miss and gave the Bulldogs their first lead since the 6:16 mark of the fourth quarter with a putback layup.

After forcing a miss on the other end by the Tigers, Moore nailed a baseline jumper to put the Bulldogs up by three, 49-46 with 1:56 remaining.

Twice the Tigers were able to trim the Bulldogs’ lead to one point in overtime, but both were answered back. Freshman Lia Edwards drilled a jumper to extend their lead back out to three points before Williams nailed a pair of free throws with 30 seconds remaining.

Leading by two with under 20 seconds remaining, Edwards drove to the basket and was fouled, setting up an opportunity for the freshman to ice the game with a pair of free throws. Edwards hit both before watching her team force a turnover to end the game.

“I’m so proud of these ladies for pushing through,” Turley said. “They had faith in one another and they kept motivating one another. As a team, that’s all you really want for them to have each other’s backs when they’re going through a war situation like that. It was beautiful. That’s what a family is and that’s what a team is about.”

Trailing Archer 11-9 at the end of the first quarter, the Bulldogs out-shot and out-hustled the Tigers in the second quarter and took a five-point lead into halftime, 23-18.

A Sellers putback layup gave Rockdale a 16-15 lead in the second quarter  before May buried a three-pointer from the top of the key to extend their lead to four. Sellers later ended the first half with a floater.

Archer wasted little time in regaining a lead in the third quarter. The Tigers scored on their first four offensive possessions to start the second half and grabbed their largest lead of the night, 28-23 following another make.

Rockdale did not make a basket in the third quarter and instead settled for four made free throws.

“We built up that lead and we came out flat,” Turley said of his team’s third quarter performance. “We definitely had to understand that (Archer) is not a team that is just going to quit. They’re going to fight you until the end and you’re going to have to win it outright. (Archer head coach Dani Wright) put a nice little scheme. Their will at that time was better than ours. I’m glad there was still another quarter and more time.”

From that point forward, however, the Tigers marched on an 11-2 run of their own to take a commanding 41-35 lead with 1:10 remaining before Rockdale’s miraculous comeback.

Williams finished her night with a team-high 19 points on 6 of 10 shooting from the field while Moore scored 11 and May scored 10. Edwards chipped in with eight points in the win.

With the win, the Bulldogs will host Mill Creek Saturday at 6 p.m. in the first round of the state playoffs, a rematch of last year’s Sweet 16.

Here is how Rockdale got the game into overtime last night against Archer. Freshman Nylah Williams grabs the offensive rebound and lays it home at the buzzer! @RCHSBulldogs @RCHSLadyBulldog @KyleSandy355 Video curtesy of @pop_scout! pic.twitter.com/QTh0D6pmHx

PHOTOS: Scenes from Rockdale's 55-51 overtime win against Archer in the Region 8-7A finals

At least 70 people infected with coronavirus linked to a single church in California, health officials say