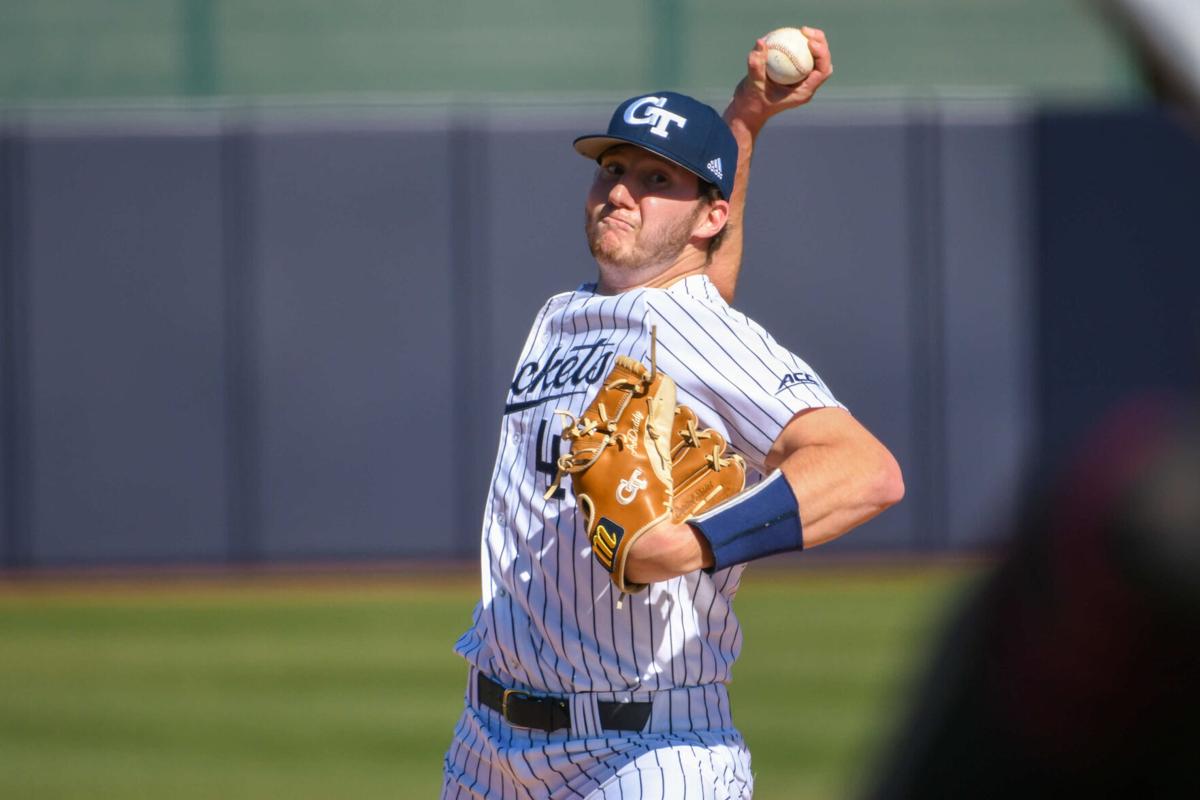 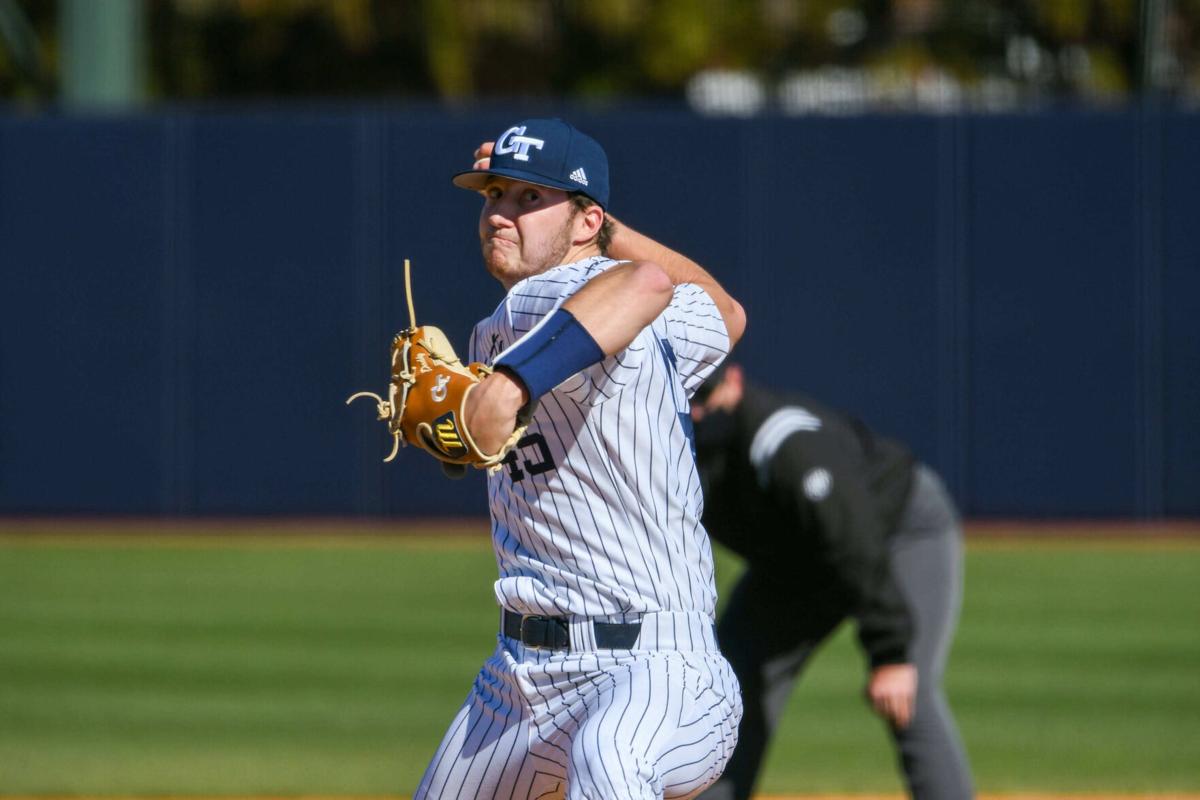 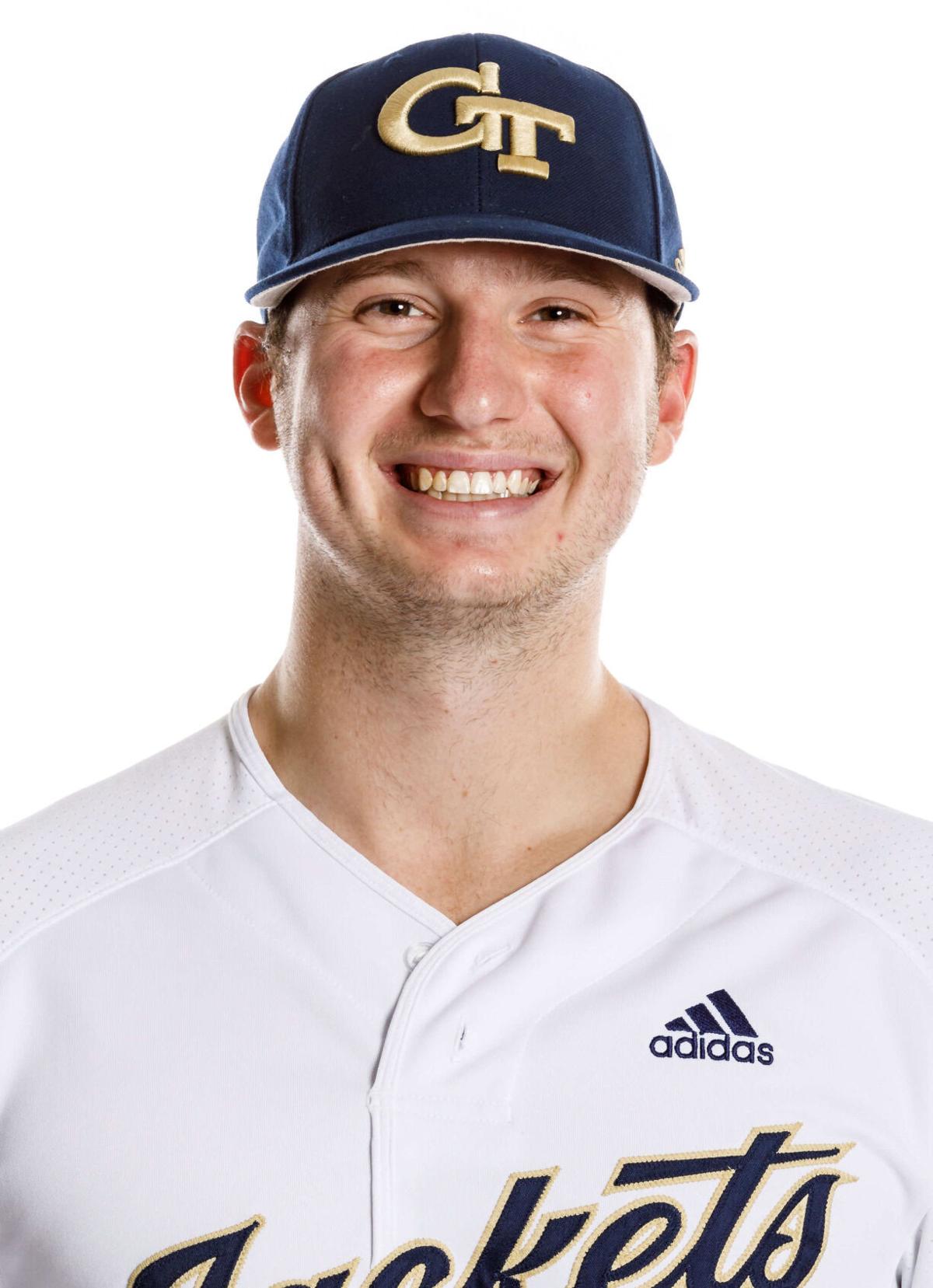 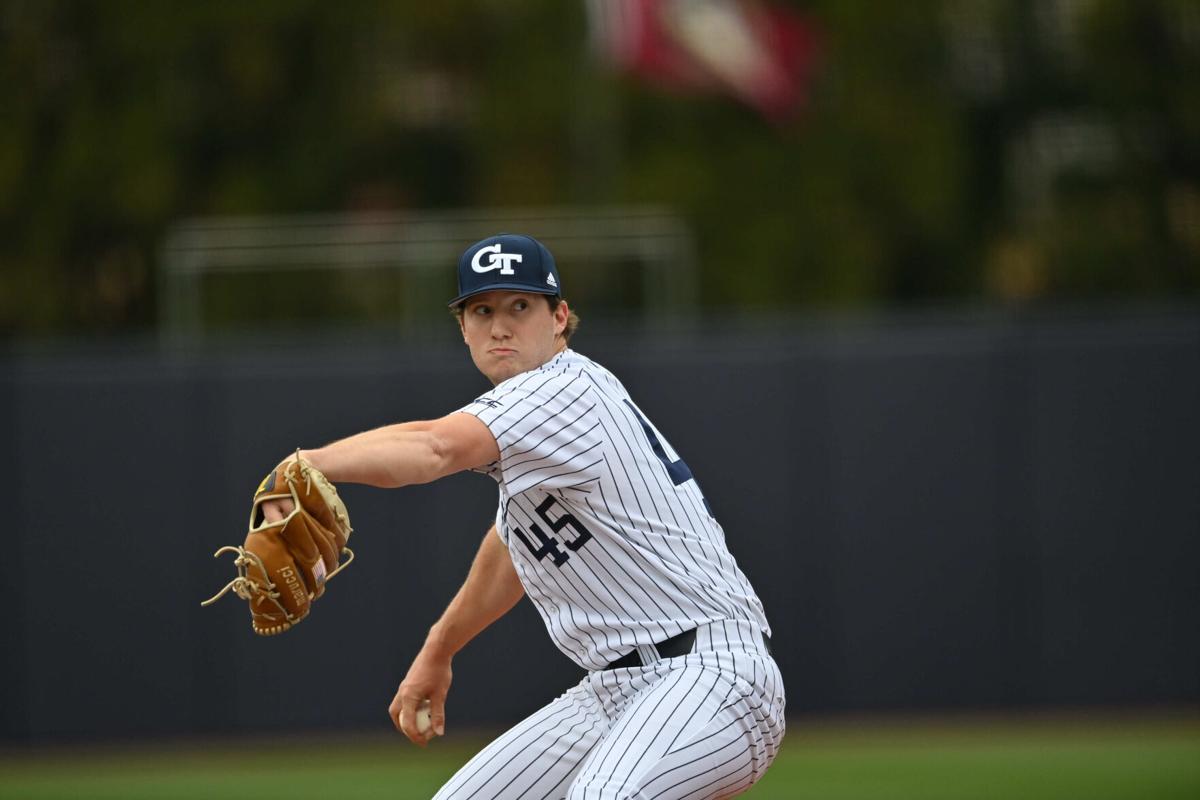 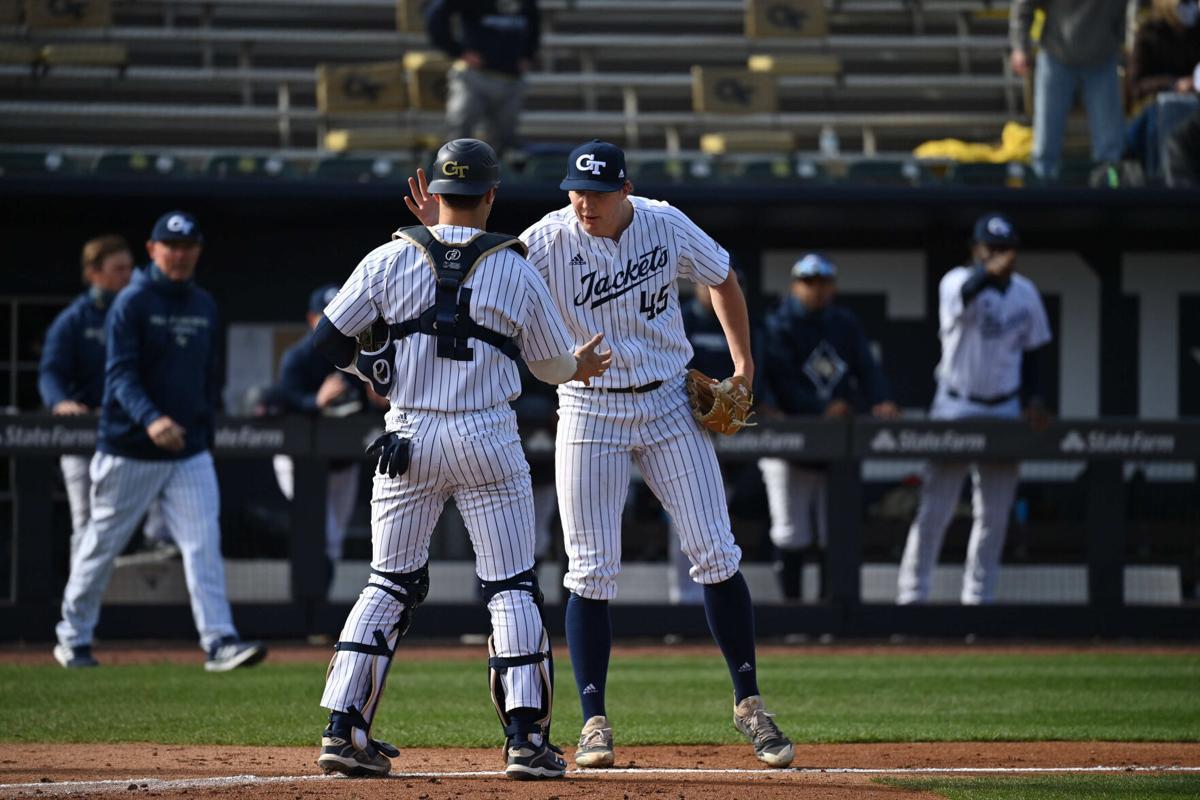 Andy Archer is seeing success as a weekend starter for Georgia Tech, despite having not started a game since he was a Wesleyan senior in 2016. 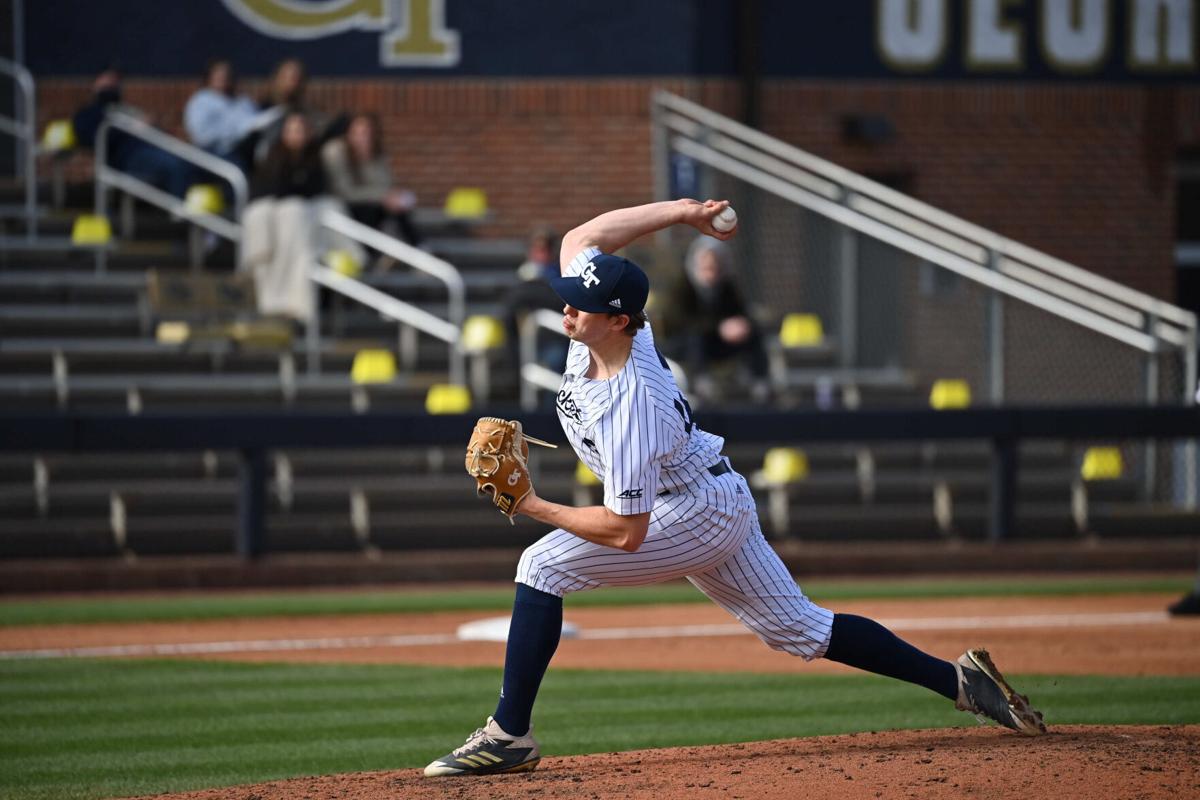 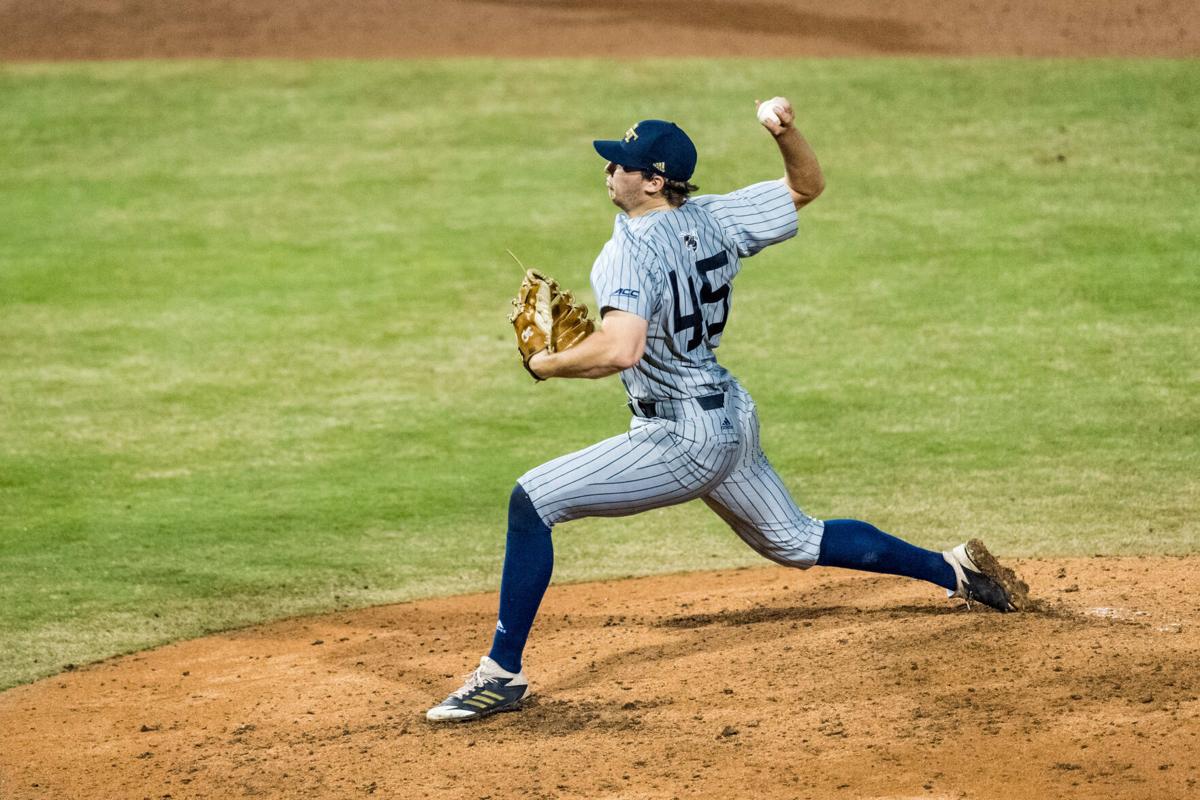 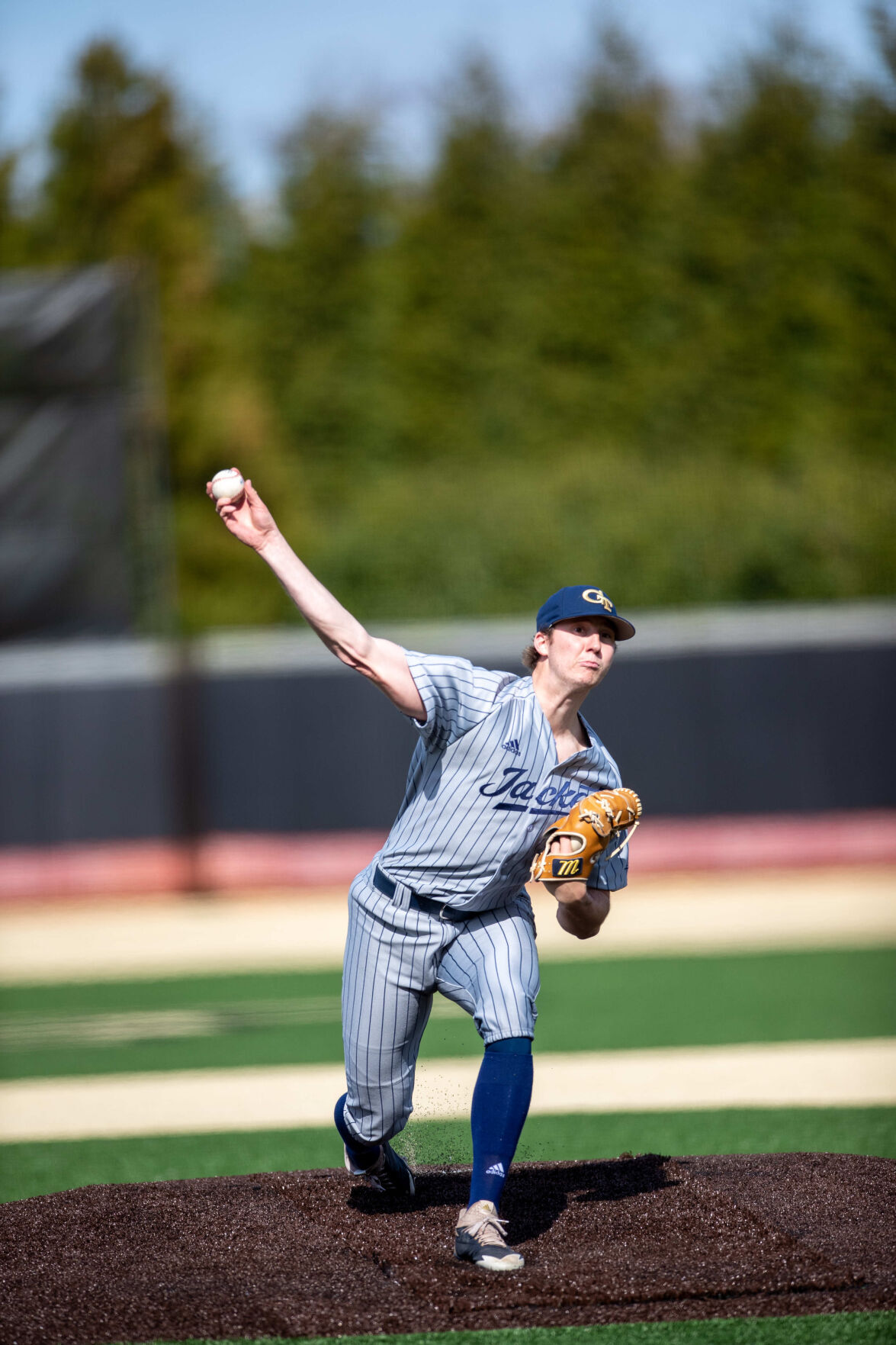 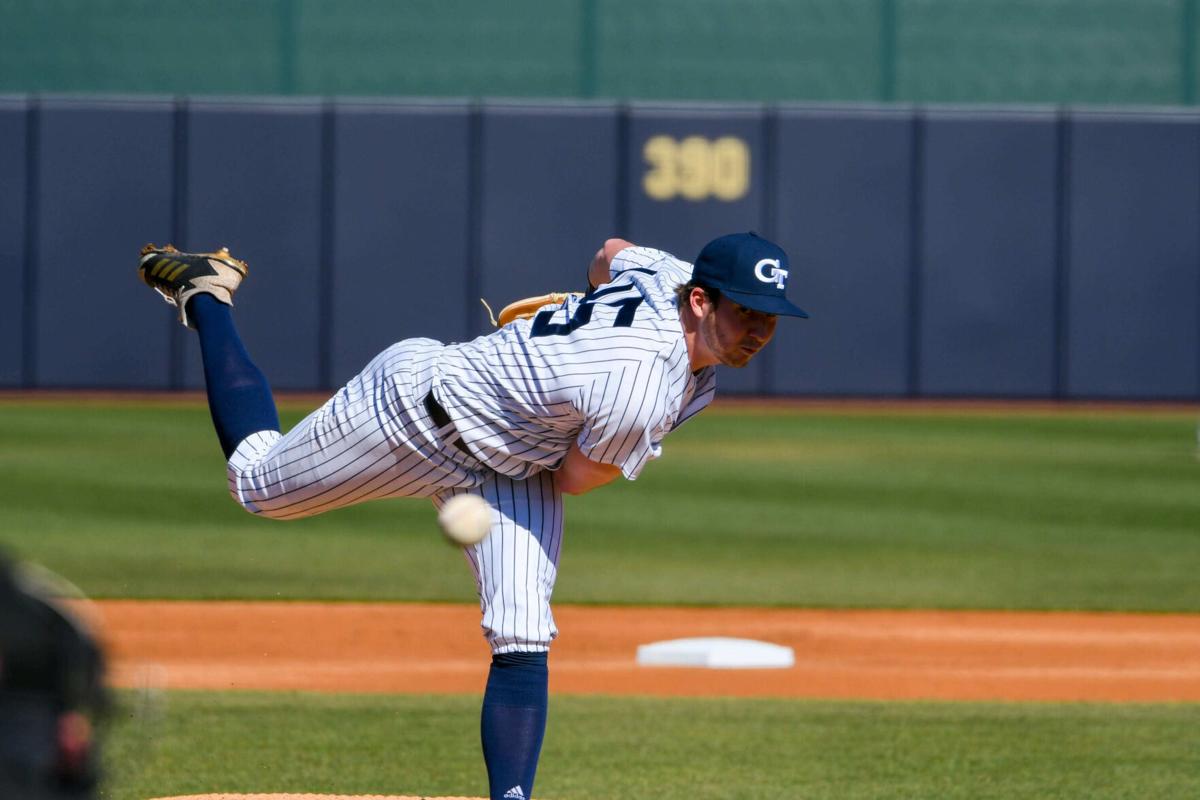 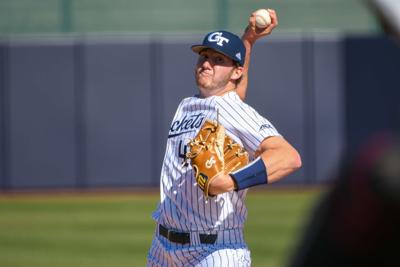 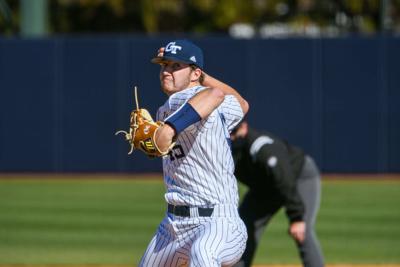 Andy Archer is seeing success as a weekend starter for Georgia Tech, despite having not started a game since he was a Wesleyan senior in 2016.

It’s a probably a safe bet that few people outside of Georgia Tech’s baseball program saw the breakout season that pitcher Andy Archer is enjoying in 2021.

Considering everything the 6-foot-5, 225-pound right-hander has been through in his college career, that’s somewhat understandable for Archer, who was solid when he’s been able to pitch after walking on to the Yellow Jackets’ program following a good high school career at Wesleyan.

But after missing the entire 2019 season following a non-Tommy John elbow surgery and being limited to just four relief appearances when the 2020 season was cut short due to the COVID-19 pandemic, it would’ve been hard to imagine the redshirt junior as part of the starting rotation.

That is especially true considering he had not started a game since his senior year of high school ball in 2016.

Yet, Archer has become perhaps the ace of the Tech pitching staff this spring as a weekend starter, a role even he wasn’t sure he’d have the opportunity to occupy coming into the season.

“That’s a good question,” Archer said when asked when he had the first inkling he’d be in the weekend rotation. “The short answer is a couple of days before opening weekend. The longer answer is that I was actually getting prepared to take on a similar role (as in his sophomore season) in the bullpen as kind of a stopper and closer type of a role.

“But we actually had an opportunity to open up with — we had Cort Roedig, who was an amazing weekend starter for us the past two years. He had surgery in the offseason and his recovery kind of took him over the limit for the first weekend. So that kind of freed up a spot, and then Marquis Grissom (Jr.), who is a very accomplished freshman. In my opinion, he’ll be a weekend starter, probably this year when he gets back (from injury), and I think that’s going to be sooner, rather than later. With those two guys not being available, that kind of opened the door for me.

“So I’ll take that as a blessing in many ways. It kind of came at the expense of my teammates, by I’m so glad that they’re back on the right track health-wise. But in my eyes, when I took on the role as a (weekend) starter, somebody’s going to have to take that spot from me if they want it back. So it’s been a really good transition. I can’t say enough good things about not just my coaches, but my teammates, too. It’s been a really good transition so far.”

Indeed, Roedig has made six appearances, including three starts, so far this season, while Grissom is now back after making a mid-week start against Auburn and throwing two effective innings out of the bullpen this past week.

However, it seems doubtful they or anyone else will be pushing Archer out of the Jackets’ rotation anytime soon.

Despite rough outings in the past two Atlantic Coast Conference weekend series against Notre Dame and Virginia Tech, he still ranks sixth in the ACC with a 3.19 earned run average, eighth in wins (4) and ninth in innings pitched (48).

In addition, his 48 strikeouts rank second on the team behind only Brant Hurter, and he was named the ACC’s Pitcher of the Week on March 29 after posting career highs of nine strikeouts in eight innings in combining with Zach Maxwell to shut out Duke.

And while Tech coach Danny Hall admits he may not necessarily have seen Archer’s emergence into the rotation this season, he isn’t the least bit surprised about the resurgence and perseverance he’s shown throughout his college career.

After all, Hall saw plenty of Archer during his days as a teammate with his sons Colin, currently a junior outfielder for the Jackets, and Carter, a former infielder at Tech, while at Wesleyan.

“No doubt about it. Probably I, (more) than anybody have seen all the growth because my kids played with him at Wesleyan,” Hall said. “So to see just how he’s evolved from pitching at Wesleyan to coming to Tech as a walk-on and getting opportunities early on and earning those opportunities through hard work and perseverance, then having a major injury and having to take a step back, then last year getting the season cancelled, and now here he is this year starting on Saturdays for us … and has really been a stopper for us.

“I don’t know anybody would have that kind of crystal ball, but he got better every year at Wesleyan. So you can kind of see a transformation happening there. Then he comes to Georgia Tech and you can kind of see it coming there, and then lo and behold, he gets hurt. So I could see it coming. Now could I predict that he’d be pitching on the weekend rotation? No, but I definitely thought he would earn a role. He had great size. As he got older at Wesleyan, he became kind of the guy that Wesleyan counted on. So you could see it somewhat that, ‘Hey, this kid’s got a chance.’ When you’re looking for walk-ons — first of all, it’s hard to find a walk-on that can get into school at Tech. But he checked that box and he’s been a great student, and now we’re kind of seeing the fruits of his labor. It’s paying off for him and paying off for us.”

Still, it had to feel like starting all over again for Archer when he was forced to sit out the entire 2019 season on the heels of an outstanding 2018 campaign in which he posted a 4-0 record with three saves, a 3.64 ERA and 41 strikeouts in 47 innings over 26 relief outings.

And then after COVID wiped out most of the 2020 season, it would have been easy for him to question whether he would ever be able to regain his previous form, much less break into the starting rotation.

But as it turned out, the extra time to recover from the 2019 surgery may have been the best thing that ever happened for Archer.

And he credits a new training hobby he took up during last year’s hiatus in being an unlikely catalyst in his comeback.

“I came back to pitch at the beginning of 2020 and I was healthy enough to play, but I still didn’t feel 100 percent like myself,” Archer said. “Really, the biggest thing I did over (the) COVID (break) that helped me get into condition this spring is yoga. I got really into hot yoga.

“I’ve got my yoga mat, but over the COVID (shutdown), a lot of the premium yoga online services … became free for students. So I took full advantage of it, and I was doing yoga every day. I can put my palms on the ground (while) standing flat on my feet, which not many 6-5 guys can do. I kind of threw out (a hitter in a recent game) against Wake Forest (after doing) a full-on split. Yoga’s been great just to focus on my breathing, my flexibility, all things that are great for a pitcher. With the arm injury, the fact that I can use my legs maybe a little more effectively can kind of alleviate stress on my arm. So that’s been a game changer for me, to be honest.”

Yoga hasn’t been the only game changer for Archer, according to Hall.

As an academically bright student, he is a three-time selection to the ACC’s Academic Honor Roll in his pursuit of a degree in business administration, Archer was smart enough to realize there was another life change he needed to make in order to maximize his comeback potential.

“He’s very diligent with his diet,” Hall said. “A lot of our guys kind of live in the same apartment complex. My son Colin, who’s a junior, lives in the same apartment complex. So we were dropping something off for Colin one day and here comes Andy walking through the parking lot with a bunch of bags from Trader Joe’s. He made the comment, ‘I’m trying to eat real healthy. I’m dedicated to it. Look at all the stuff I bought at Trader Joe’s.’ I think that’s one small example of the length he’s going to just to try to be the best he can be.

“But the biggest area that he’s grown in is just his mental toughness and being able to kind of let bad things that are going to happen in a game when you’re a starting pitcher — let them go and kind of just stay in the moment and figure out, ‘OK, what do I need to do to get out of this.’ I’ve seen the most growth in him is probably from … January (until) now. I think he just kind of put it all together.”

Archer has put together enough of a season to give himself plenty of options for the future.

While he is about to graduate in May, he does have the flexibility to see if he gets selected in this summer’s Major League Baseball First-Year Player Draft or to perhaps go to graduate school and perhaps return to Tech for one more college season.

Whatever he decides, he has already created many positive memories that he didn’t necessarily expect, but that he will never forget.

“I’ve always had dreams of playing professional baseball, even when I joined Georgia Tech’s team as a walk-on,” Archer said. “That was always something I’ve wanted to do. So I think that now, the fact I’m … closer to achieving that dream now, maybe than I’ve ever been, but I’ve got the flexibility to where if it doesn’t work out for whatever reason, then I can come back and play another year (of college ball). So I figure (they’re) two very good options.

“Just how much fun I’m having (is what he’ll remember most). I missed so much the competition because of the injury and then COVID, it seems like I haven’t really played baseball for two years. So right now, I’m having the absolute best time every single Saturday just going out … competing with my boys in the white and gold. I’ve become really close with a lot of new guys on the team this year. I can’t say enough good things about how the defense has played behind me.”